Smith finished off a nearly-perfect weekend in Pro Stock Motorcycle, rolling to the win – and moving back into the points lead – on his Denso Auto Parts Buell with a run of 6.756 at 202.00 against Jerry Savoie in the championship round. Over the course of the weekend, Smith set both ends of the track record, made a career-best run, qualified No. 1, picked up his fourth win of the season – and 36th victory in his career – and took over the points lead as the top of the standings changed hands for the sixth straight race in the category.

Smith was spectacular throughout the weekend and reached the final round with wins against Kelly Clontz and Joey Gladstone, who came into the race with the points lead. Smith took it back and then led wire-to-wire against Savoie to win for the fifth time in St. Louis, which is the most in the class.

“It was a big weekend for this whole team,” Smith said. “Leaving here No. 1 and (Angie Smith) No. 3 in points was huge for the team. This whole class is tough and we’re looking forward to going to Dallas. I had my opportunity second round in Reading against Joey and messed up, so it was good to make up for that here today. What a weekend here. I love the track and the fans here, and I just love the atmosphere.” 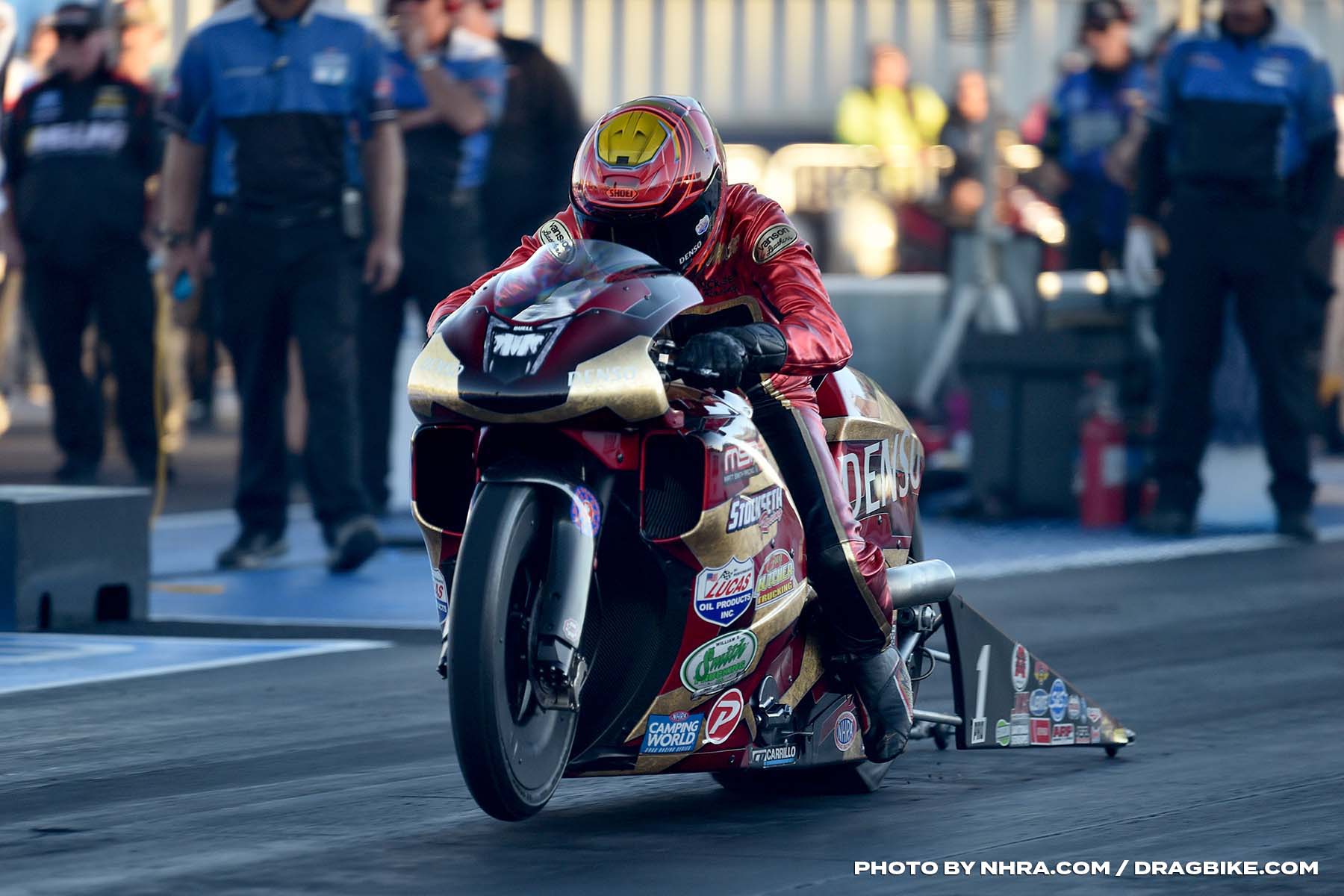 Savoie reached the final round for the second time this season and the 32nd time in his career, knocking off Ryan Oehler, Angelle Sampey and Eddie Krawiec. Smith’s points lead stands at 21 over Gladstone heading to Dallas as he seeks a sixth world championship.

The NHRA Camping World Drag Racing Series returns to action Oct. 13-16 with the Texas NHRA FallNationals at the Texas Motorplex in Dallas. 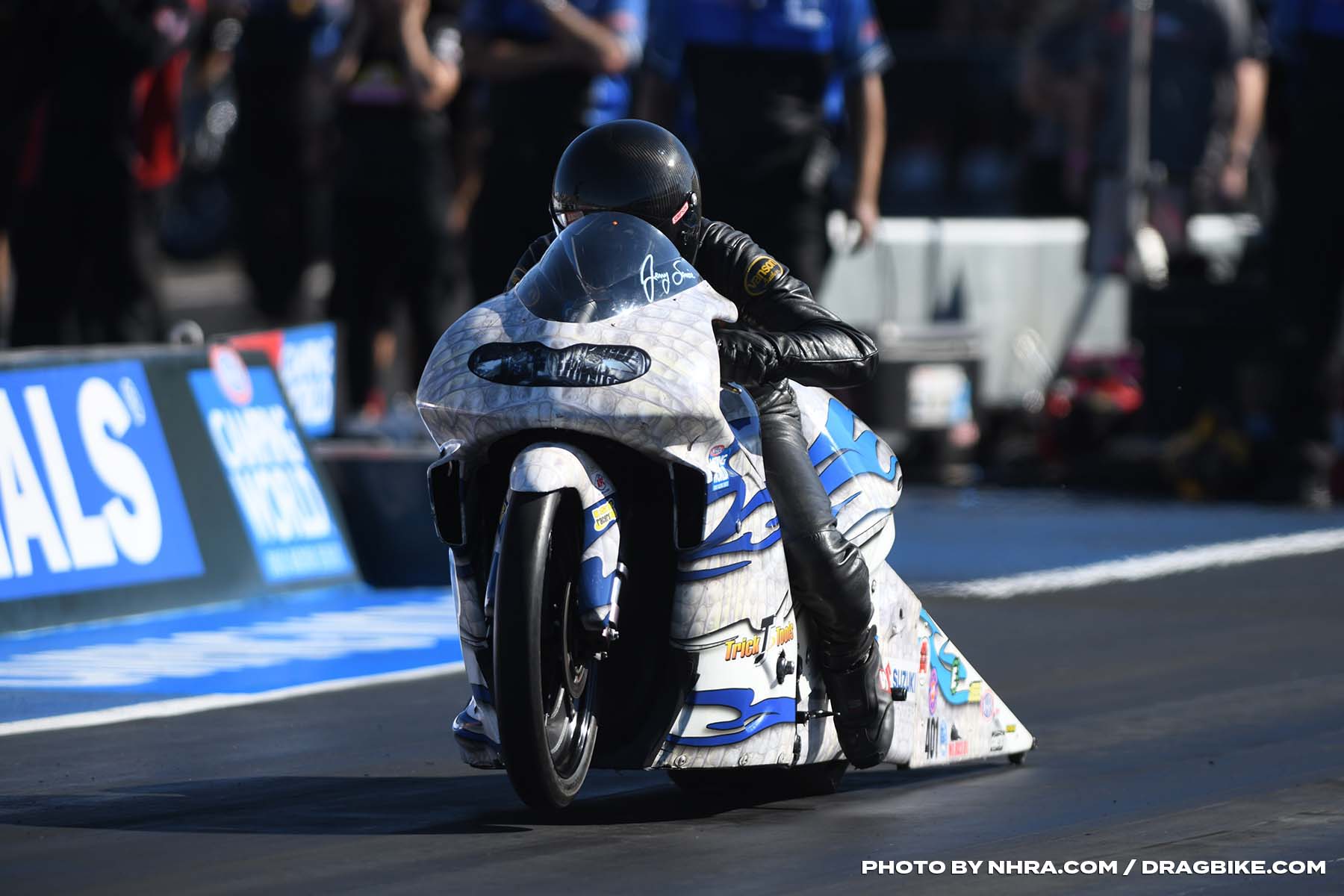 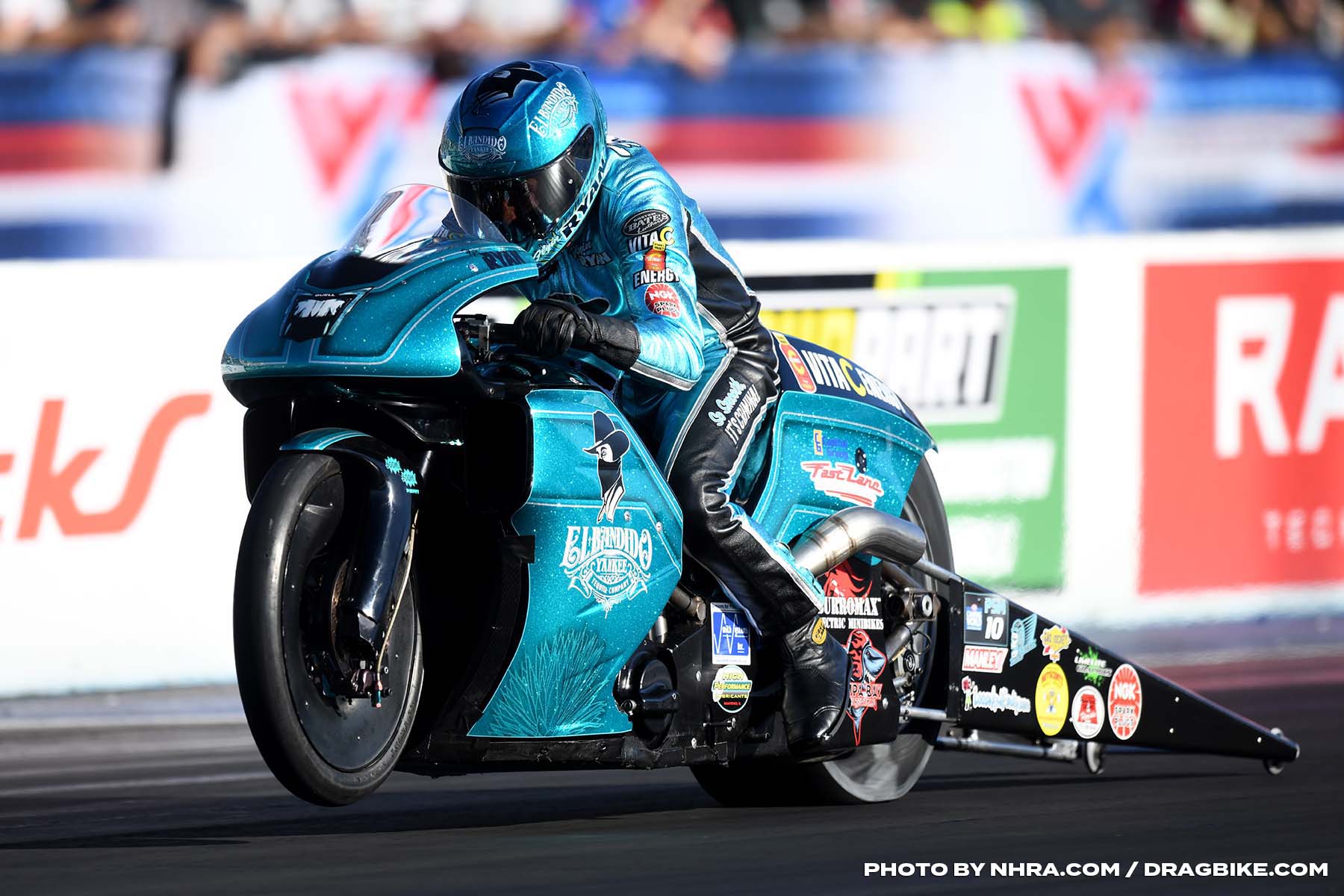 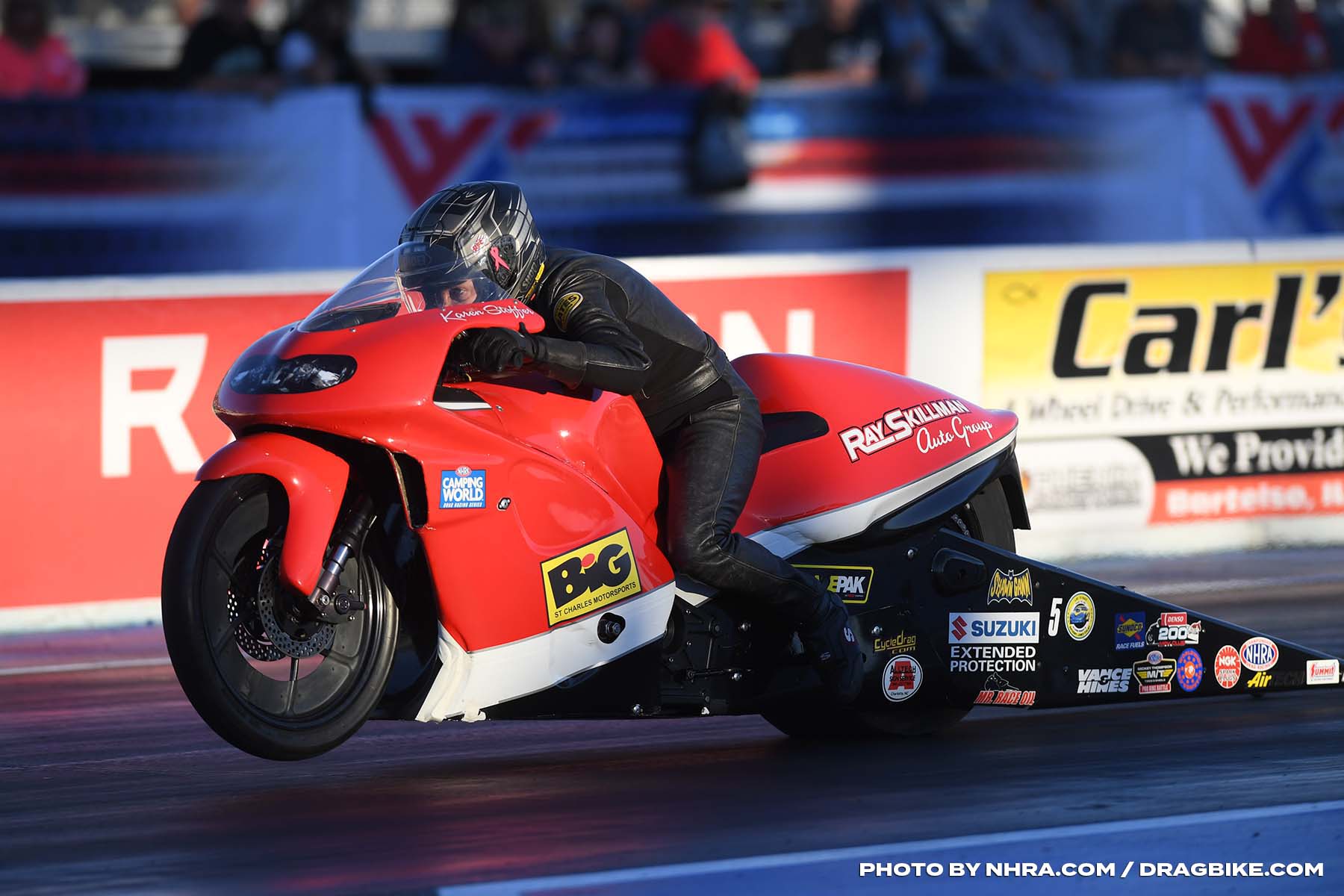 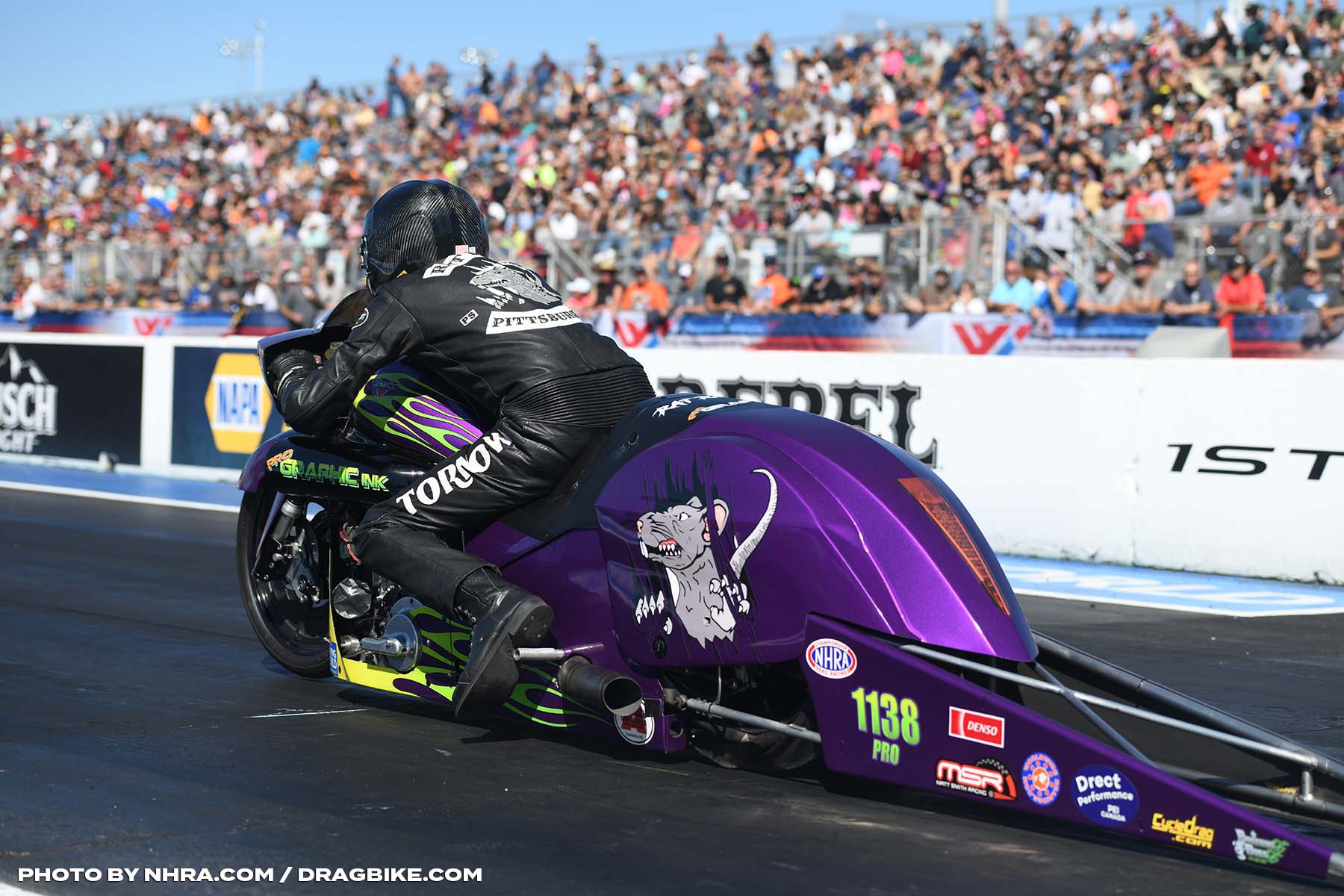 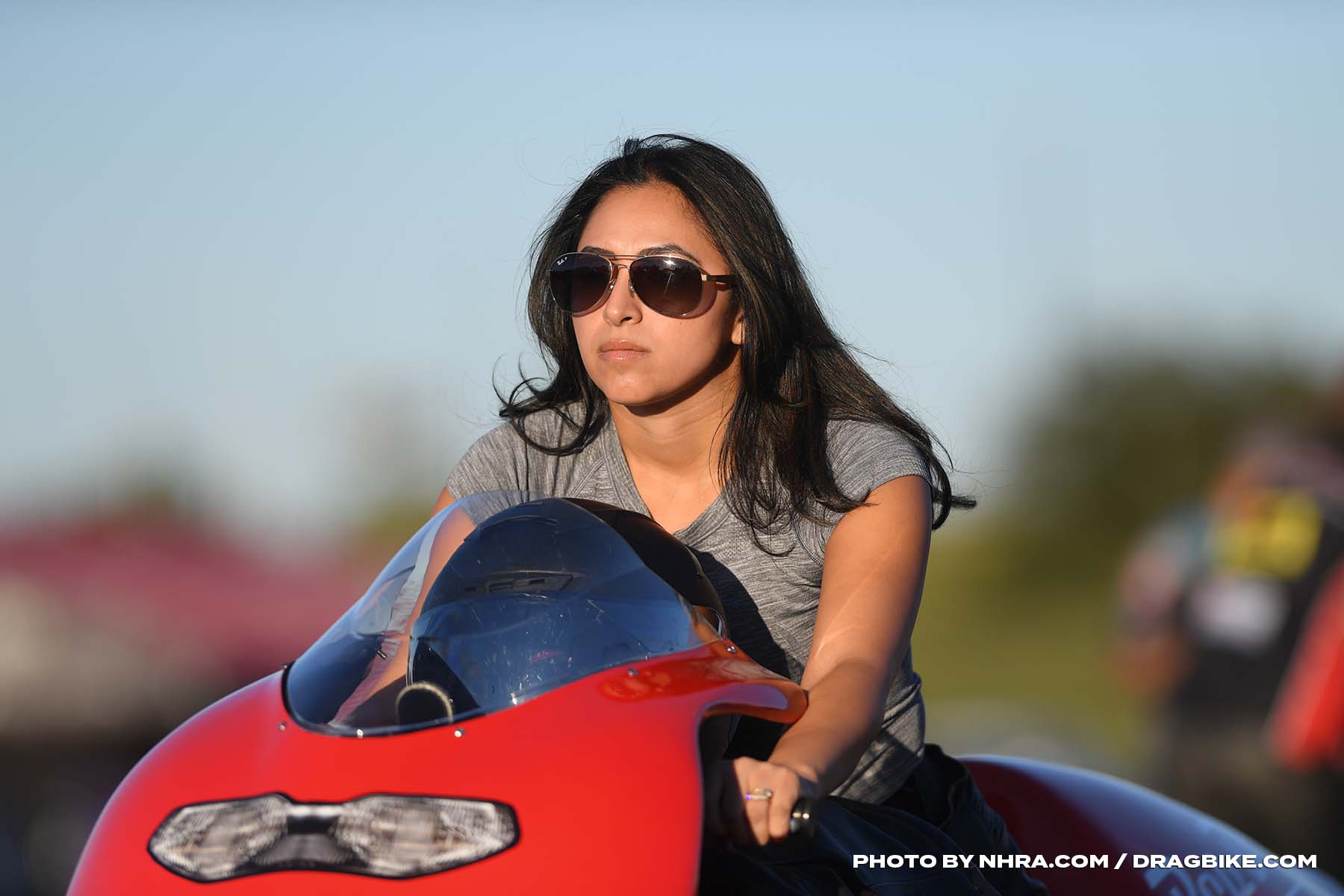 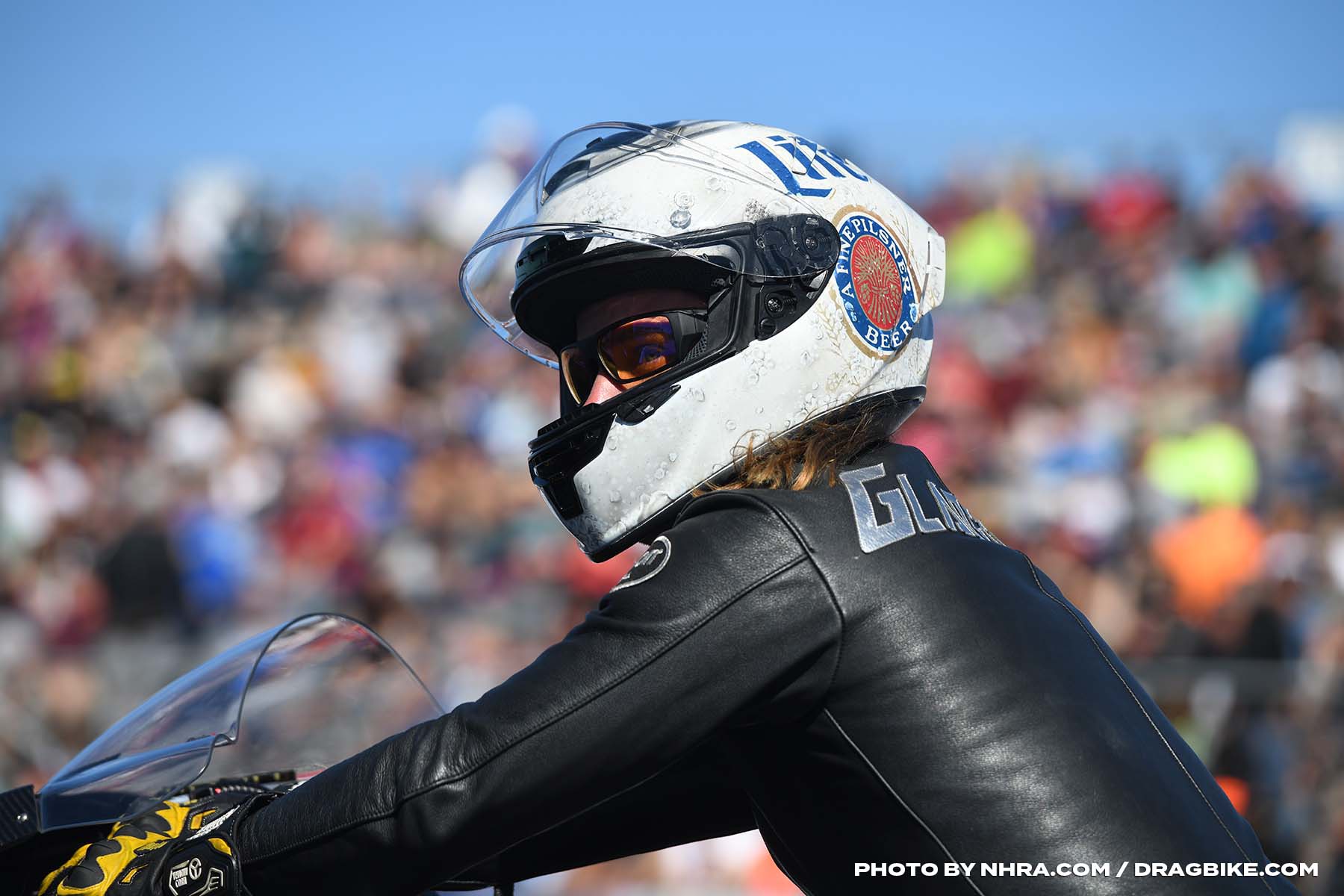 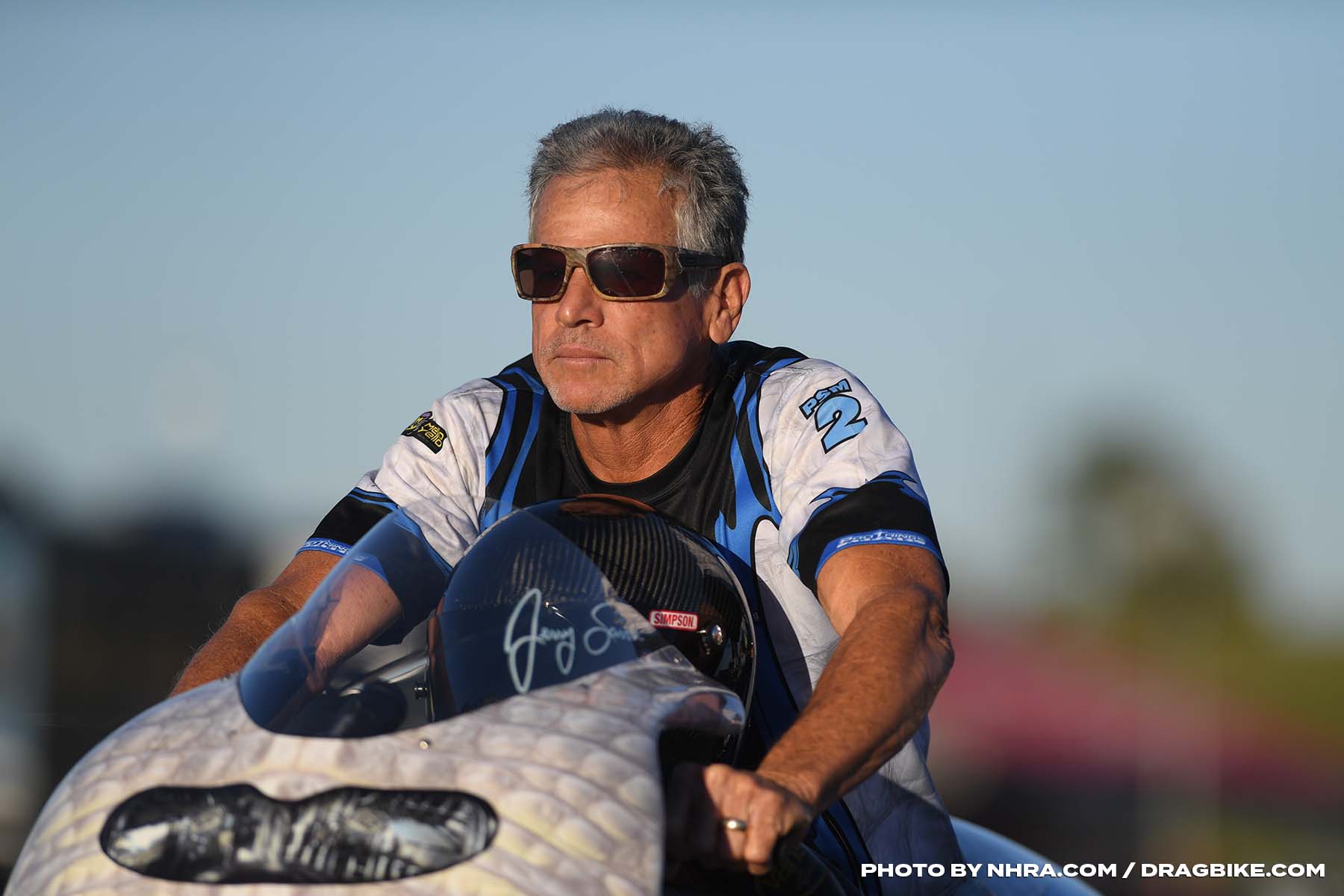 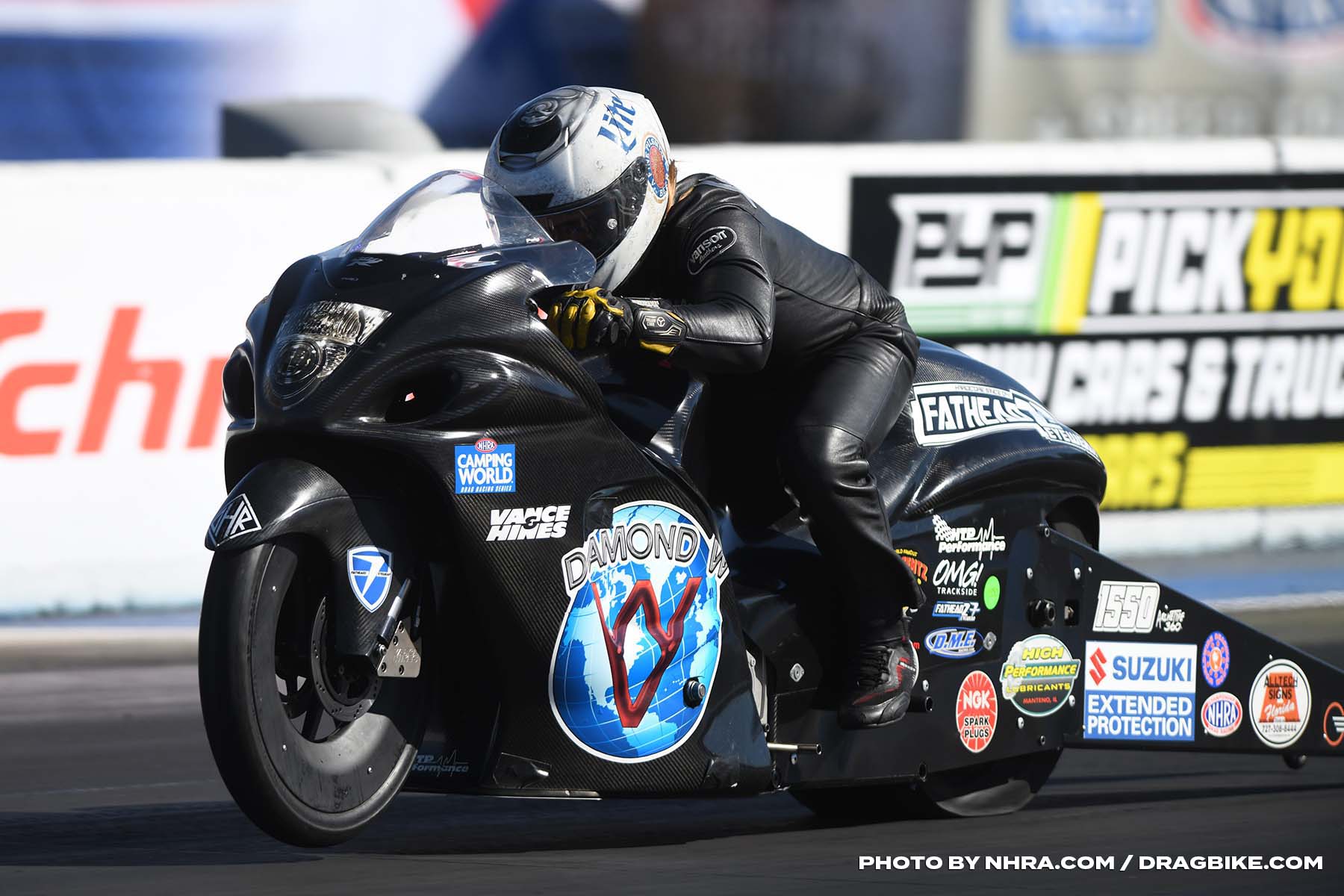 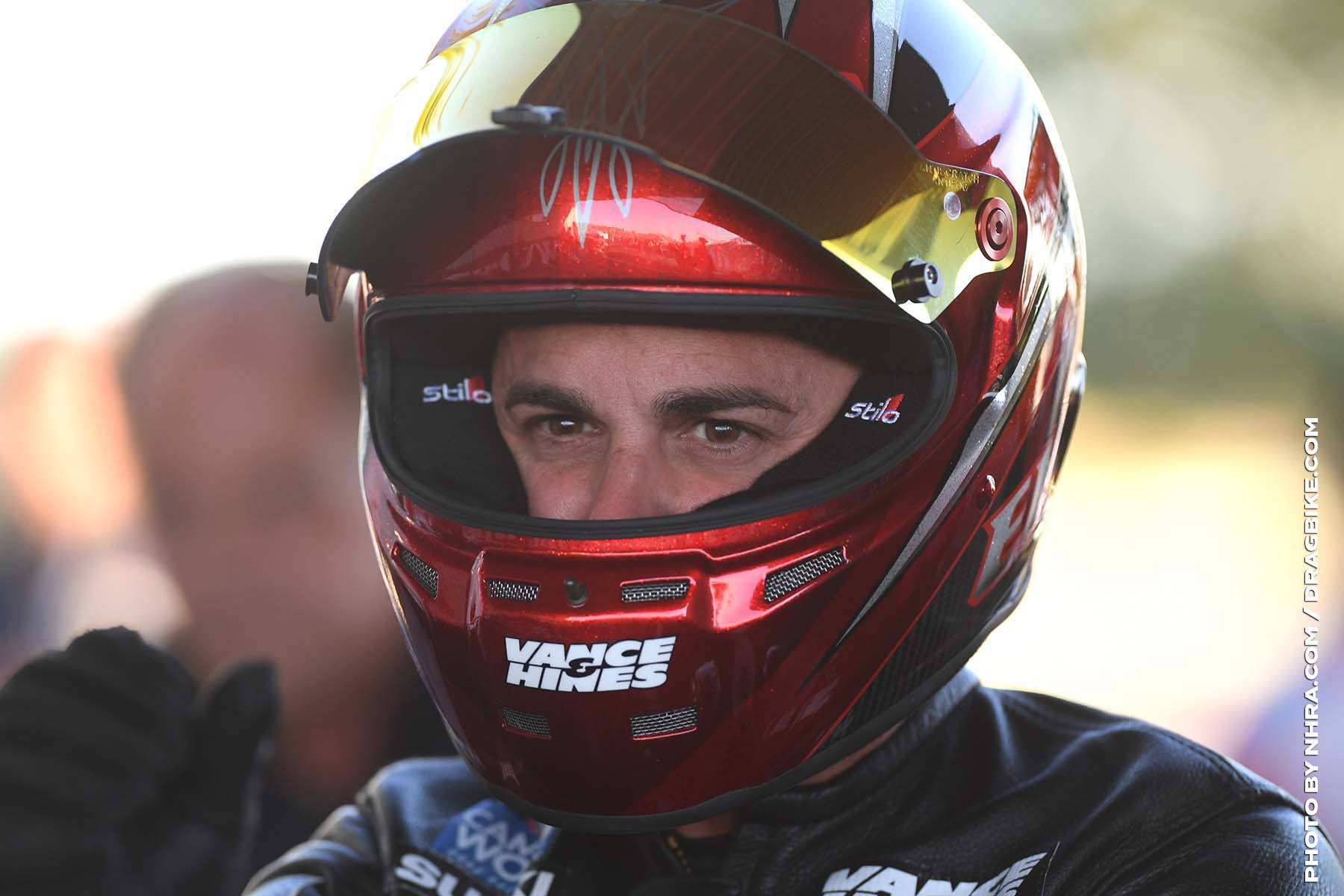 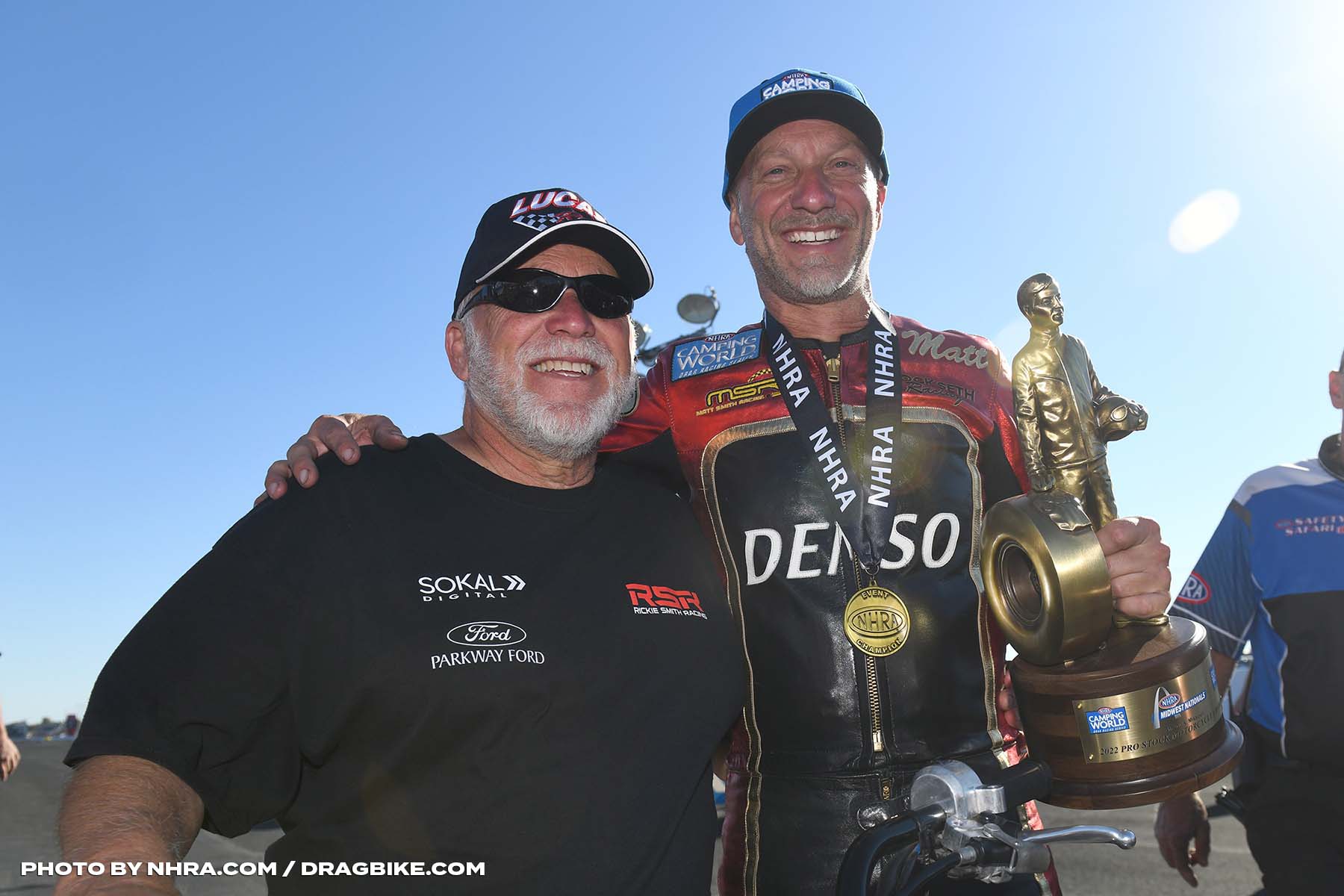 In Pro Stock Motorcycle, Smith’s track-record run of 6.709 at 202.82 from Friday on his Denso Auto Parts Buell held up, giving the defending world champ his fourth top spot this year and the 51st in his career. It was also a career-best run for the five-time world champ, who takes plenty of momentum into eliminations. Smith will look to jump back in the points lead on Sunday after falling in the second round last weekend in Charlotte. Should that happen, it would mean the points lead would change for the sixth straight race in the class. 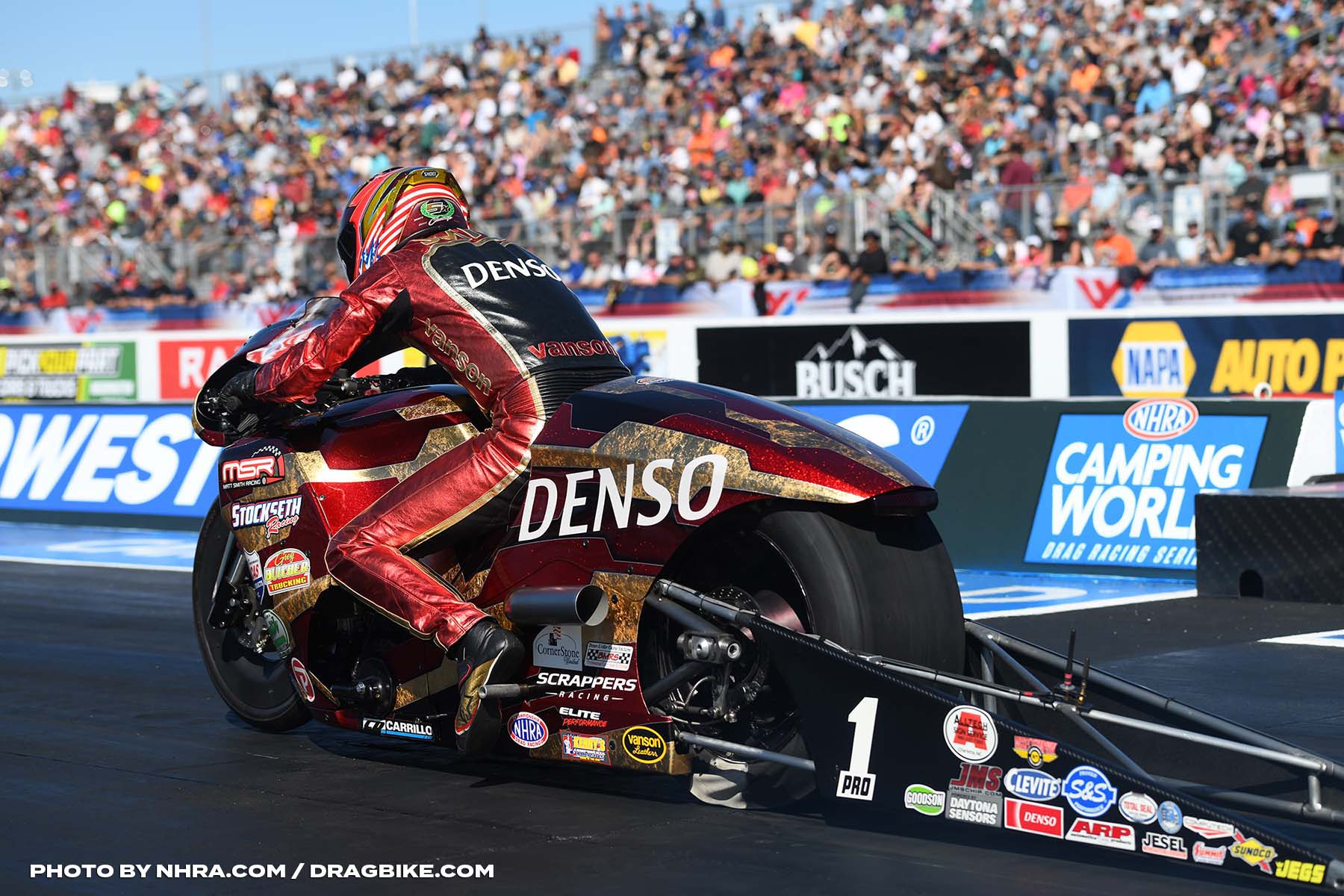 “I think we have the best bike out here,” Smith said. “All in all, this Denso bike is fast and mean, and if I can do my job on Sunday, we can turn on four win lights tomorrow. That’s our goal, but tomorrow is a big day and hopefully we can do our job.” 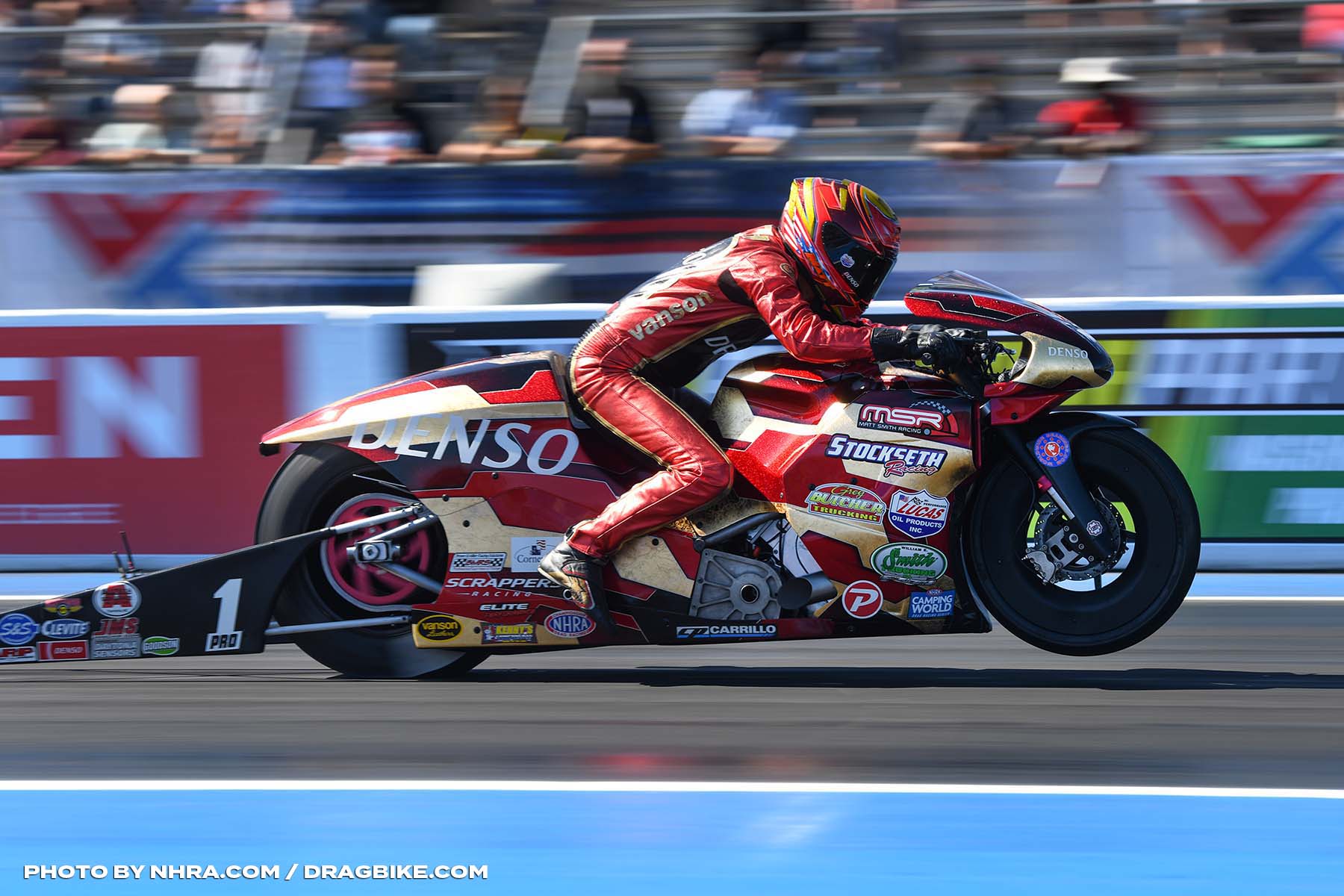 After a year away from World Wide Technology raceway, the Pro Stock Motorcycle class returned with a vengeance on Friday, with defending world champ Matt Smith making an impressive run of 6.709 at 202.82 on his Denso Auto Parts Buell. That set both ends of the track record as the sun was setting in St. Louis, and the five-time world champ also made the quickest run in his standout career. Bumped back to second in points after Joey Gladstone won in Reading, Smith is determined to have a big weekend as the season hits crunch time.

“The motorcycles have evolved a lot in the last few years,” Smith said. “I’m excited to be back and it’s a fast track, and I’m looking forward to what happens tomorrow. If we have the same weather, we’re definitely going to go and swing for the 6.60s because we’ve never done that before, and we would love to do it.” 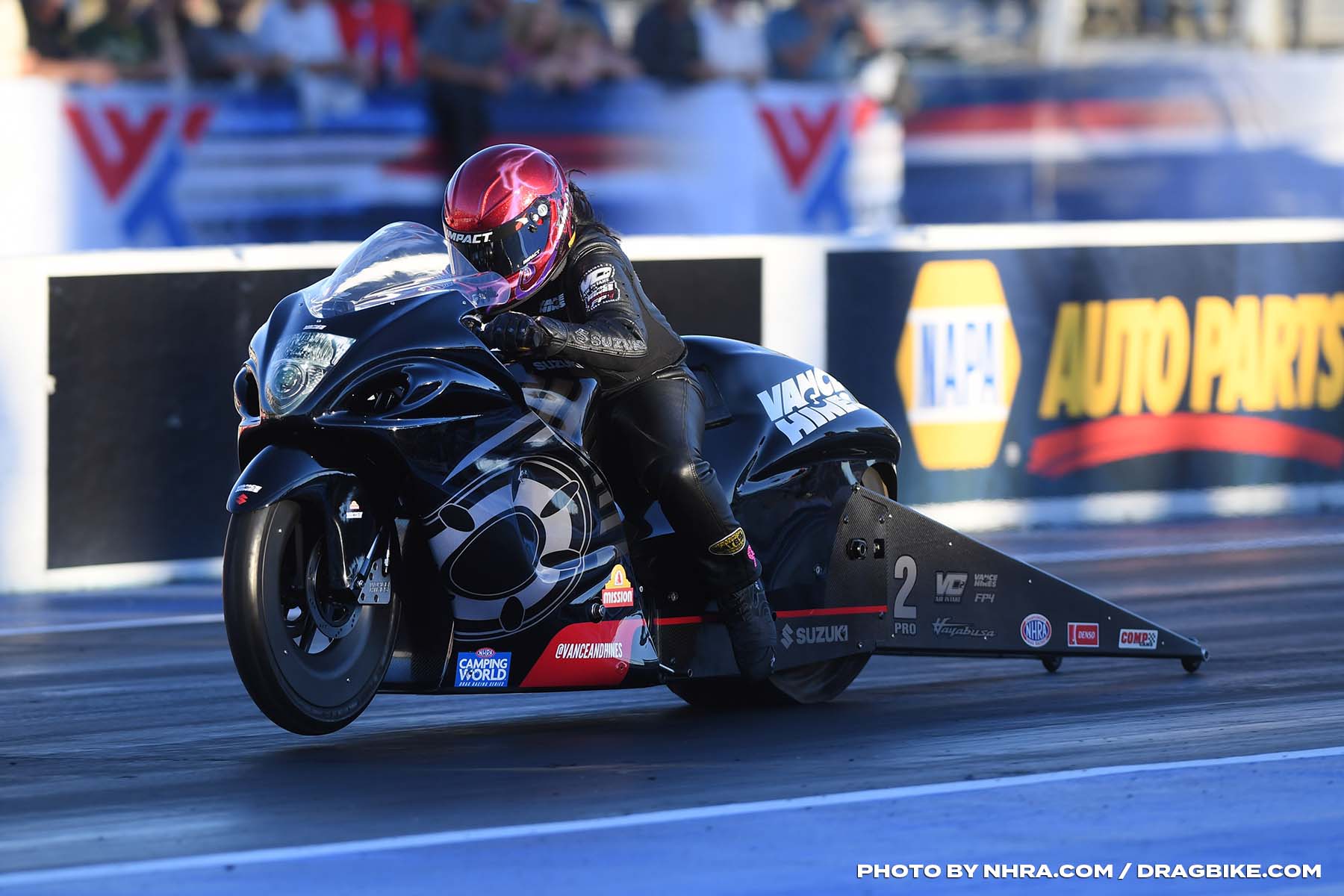 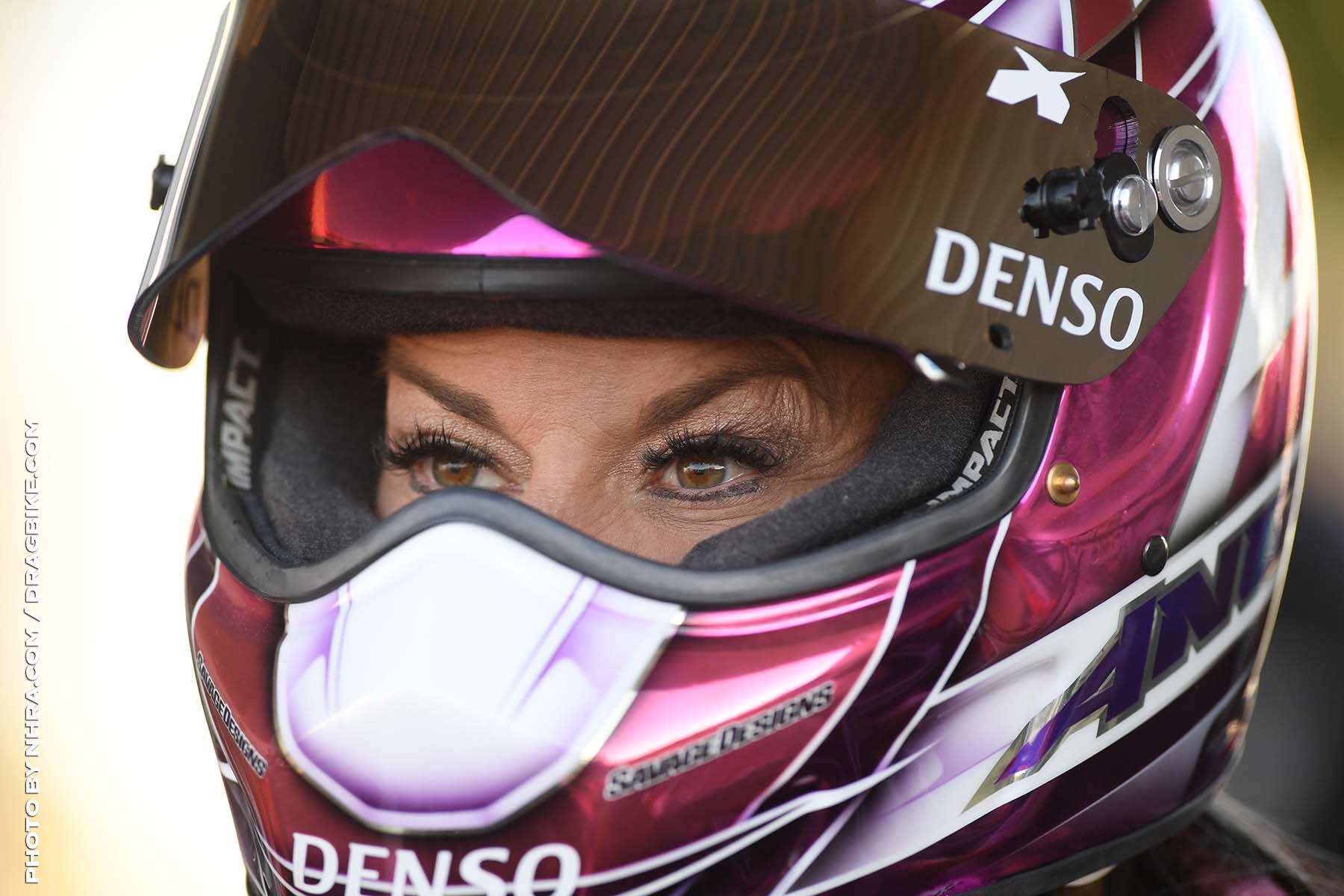 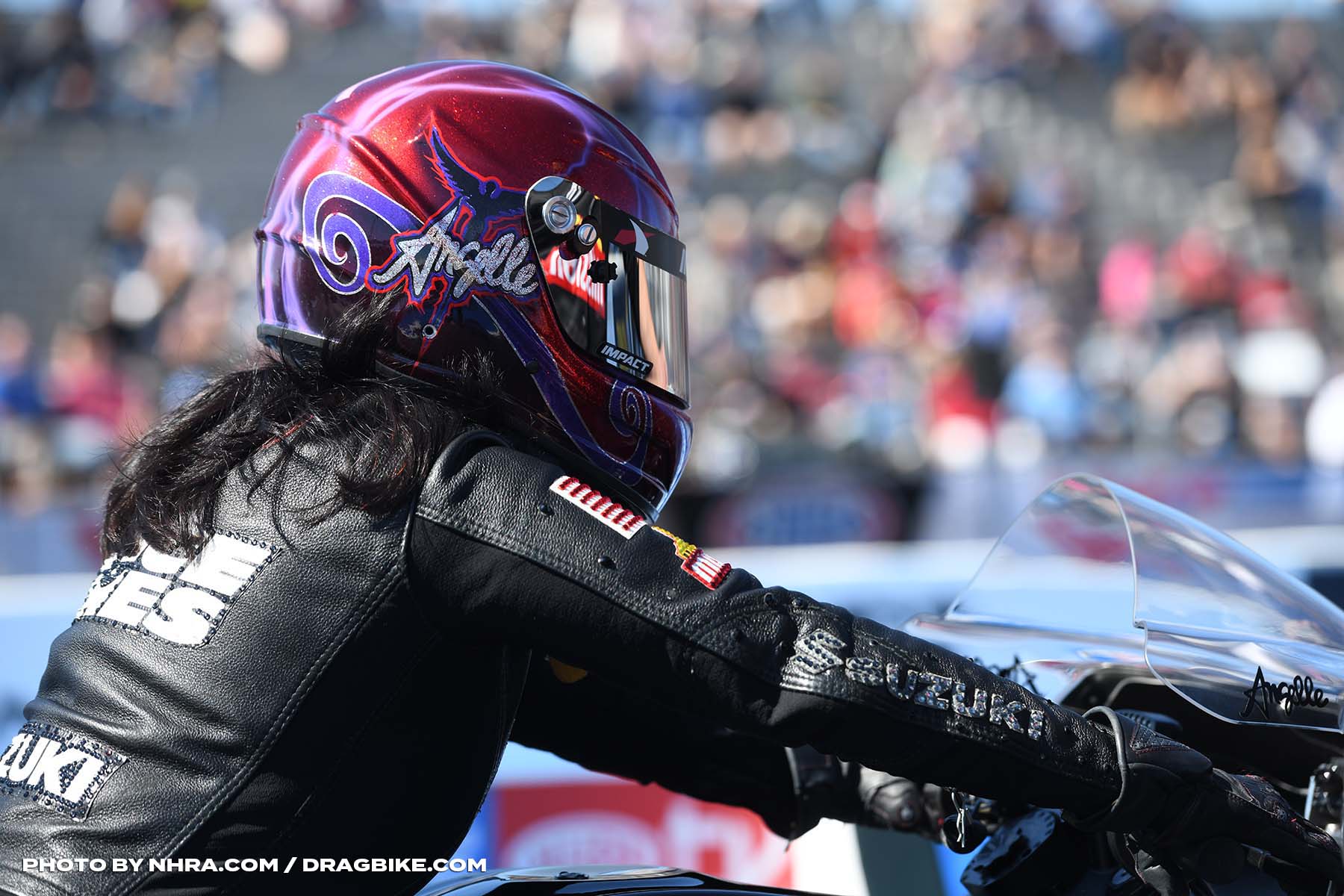 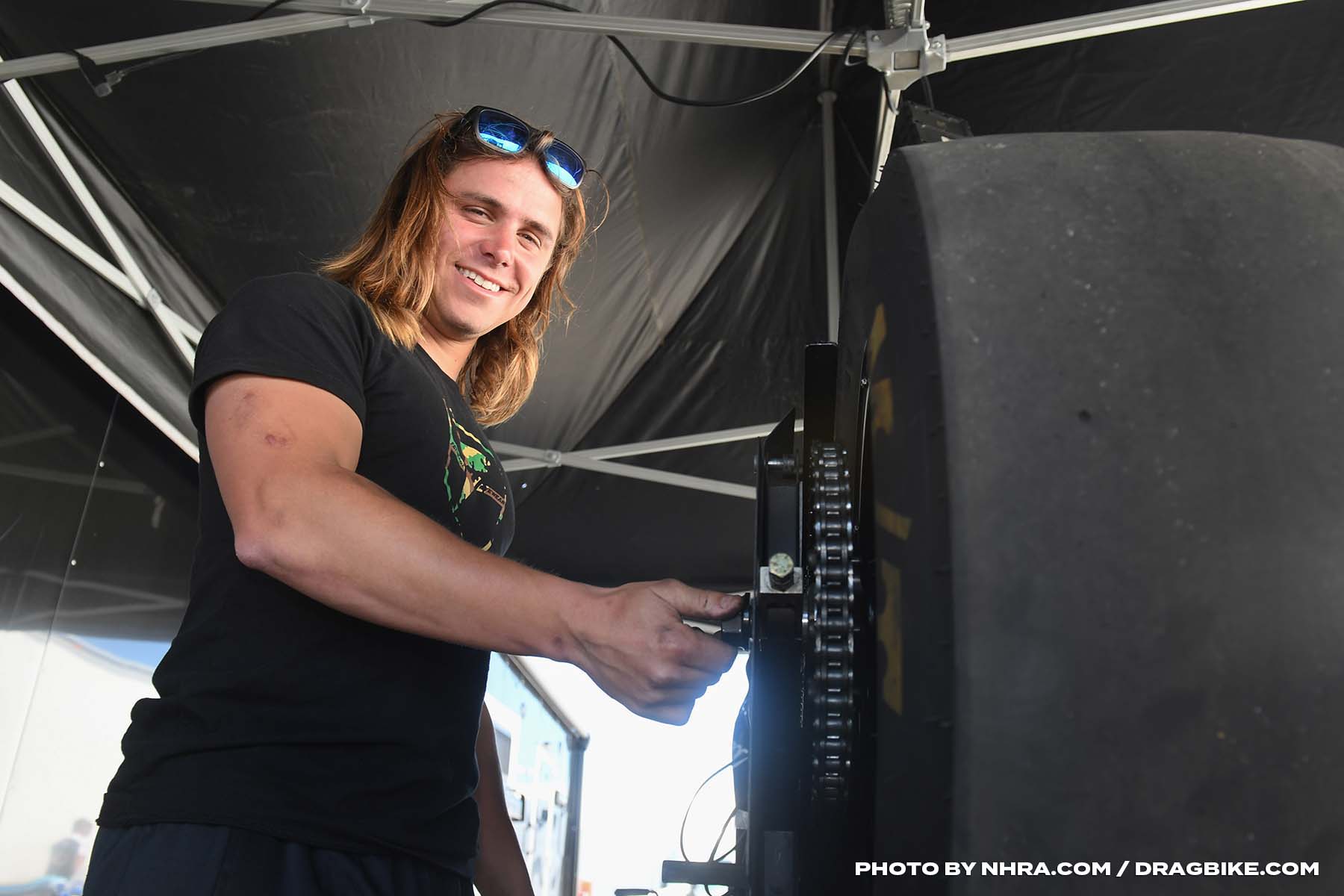