Smith capped off a dominant weekend in Pro Stock Motorcycle by going 7.097 at 190.22 on his Denso Auto Parts Buell to knock off Joey Gladstone and win for the second straight time in Denver, also setting the track speed record en route to his 34th career win and second this season. It was a fitting finish to an event that included track records all weekend, including a couple on Sunday. He became the first rider to reach the 7.00s in qualifying and then became the first in the class to go 190 mph on Thunder Mountain, doing so in his semifinal win against Angelle Sampey. In the final round, Smith went event faster and nearly equaled his qualifying run of 7.090, as he remained a clear step ahead of everyone in Denver.

“This is the bike that won this race last year and it paid off,” Smith said. “We qualified No. 1, won the race, and set both ends of track record. I can’t ask for much more than that. I really wish I’d have run Angie in the final, but something happened to her bike in the (semifinals). Her bike slowed up, but Denso took the win and that’s most important.” 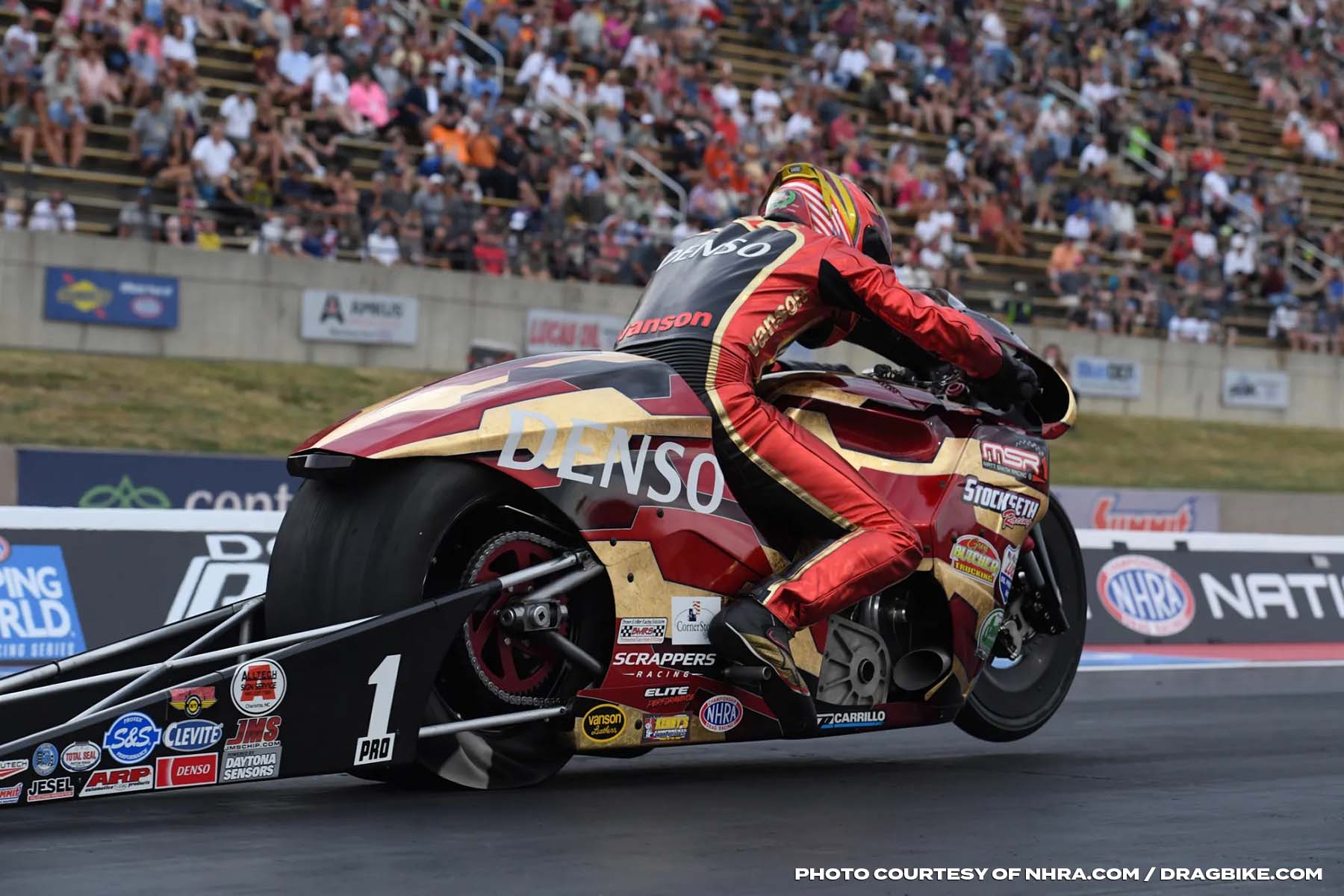 Gladstone reached his second straight final thanks to wins against Ryan Oehler, Eddie Krawiec and Angie Smith. Steve Johnson stayed in the points lead and now holds just a 10-point advantage over Angelle Sampey and 19 over M. Smith. 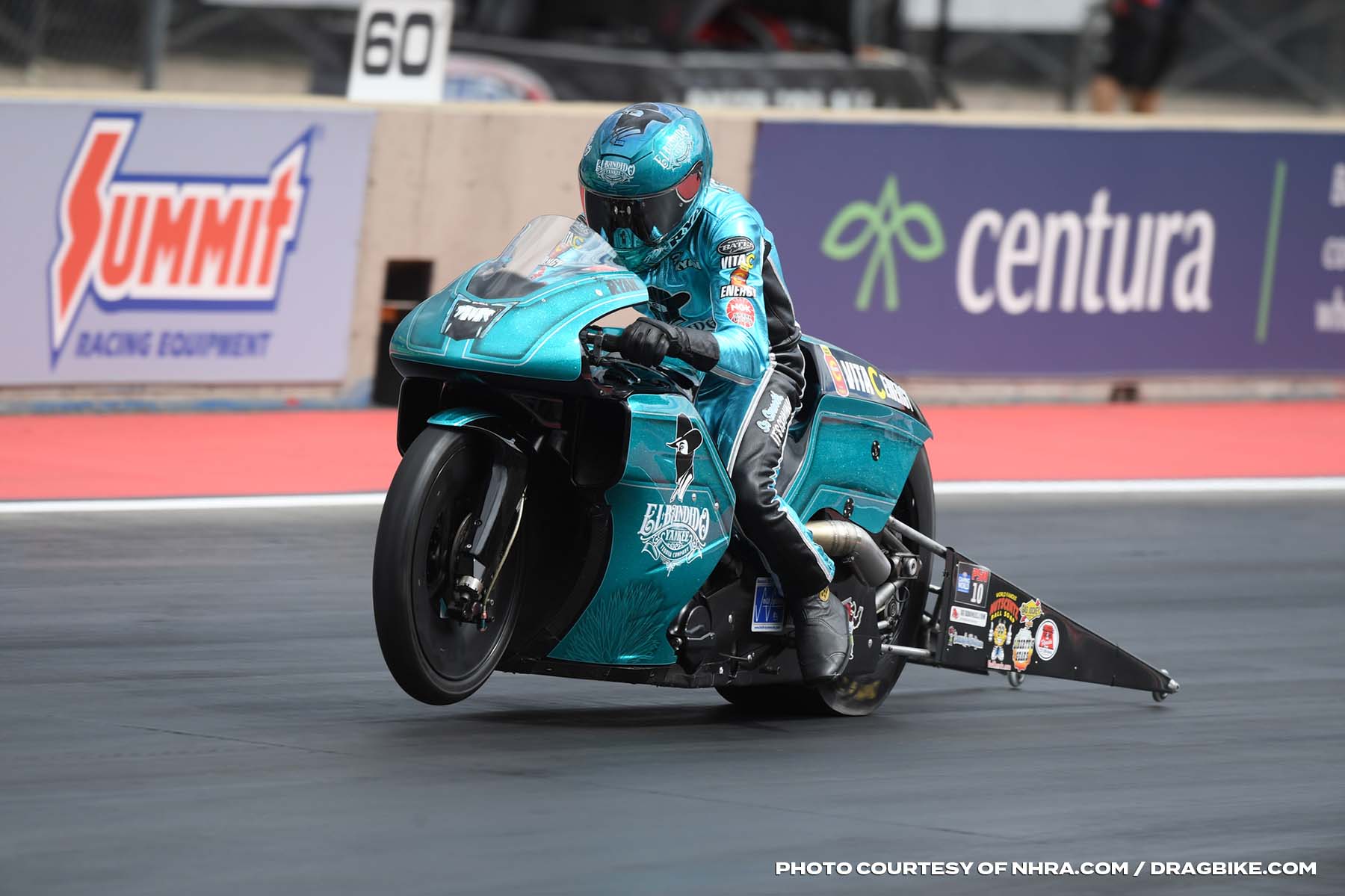 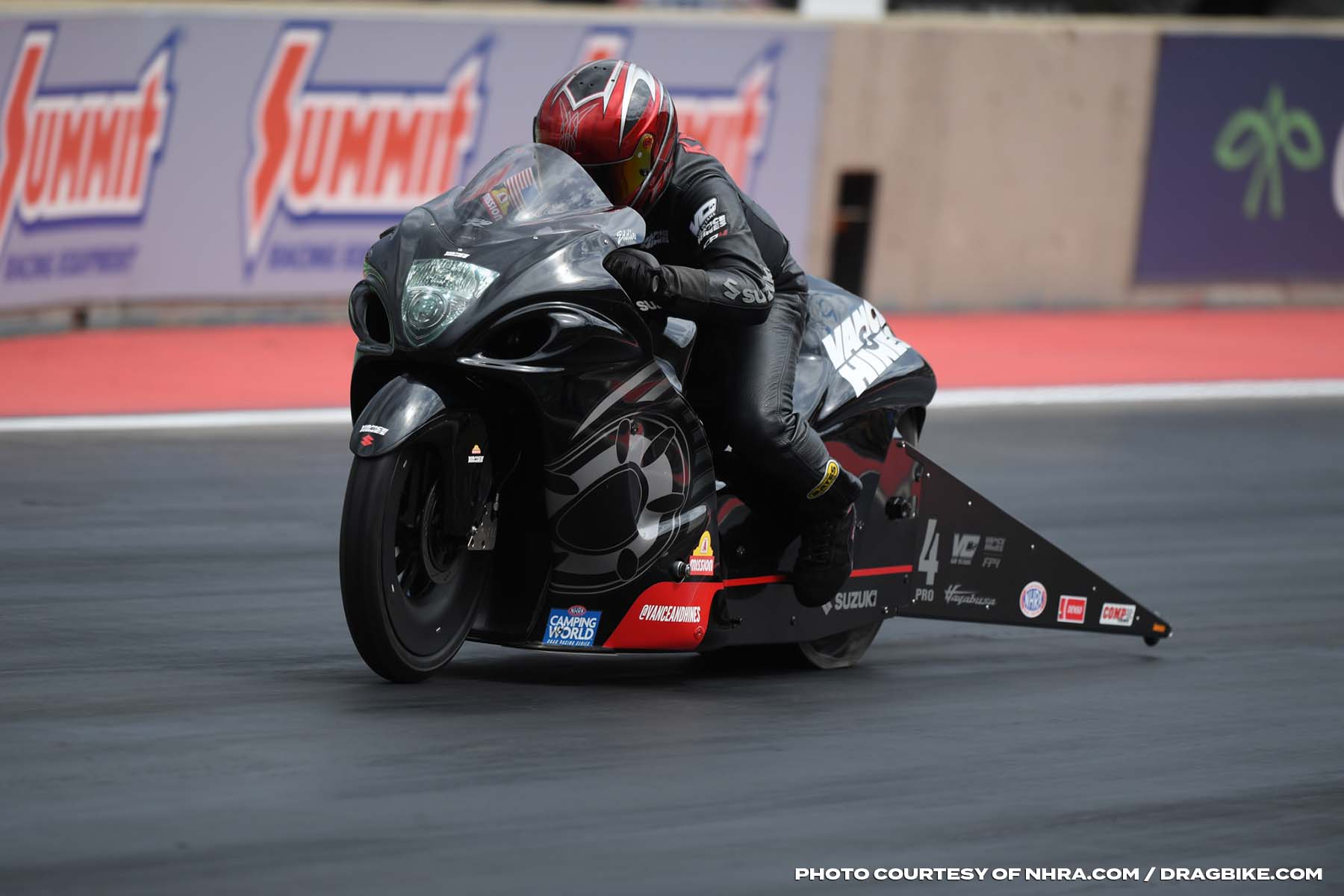 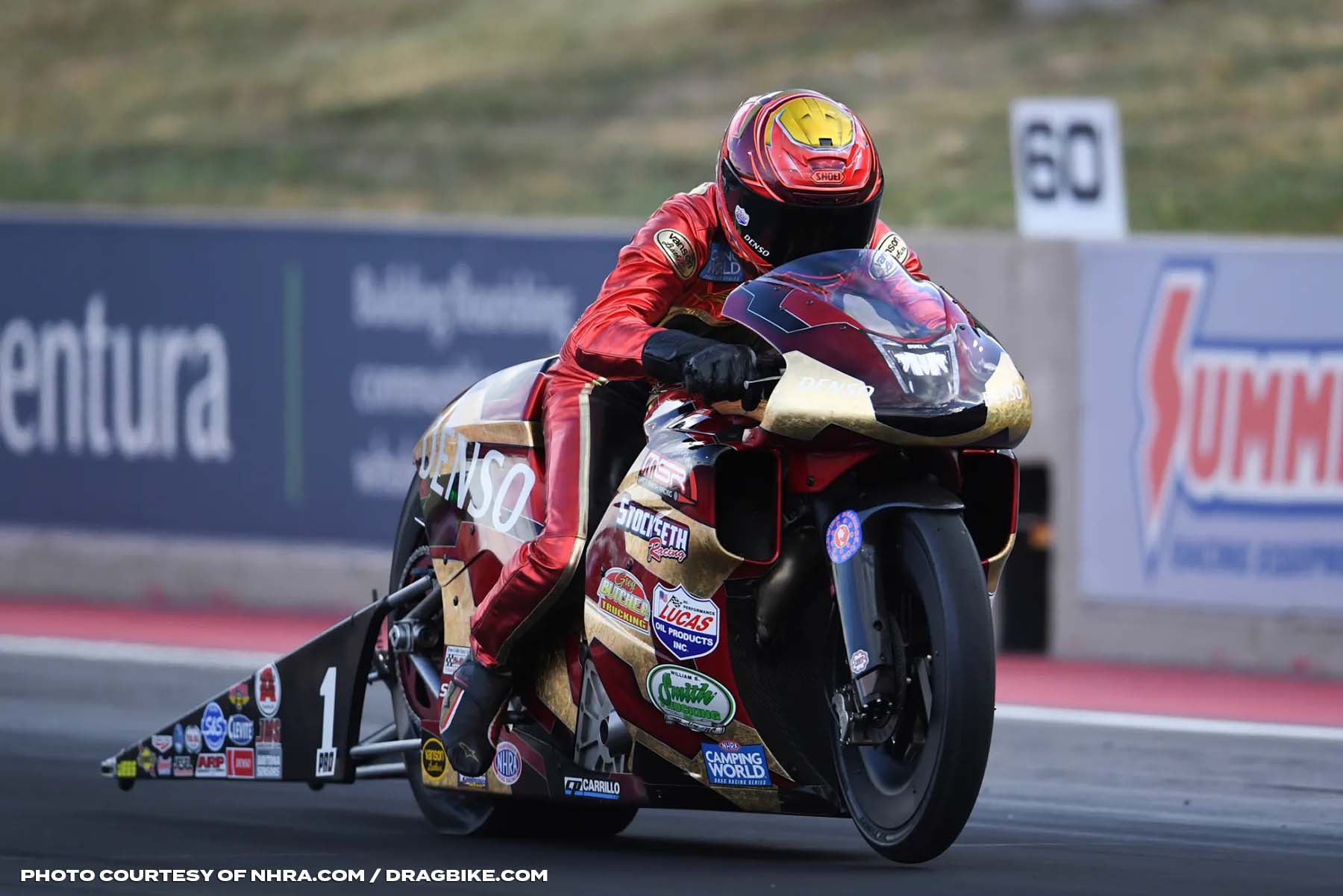 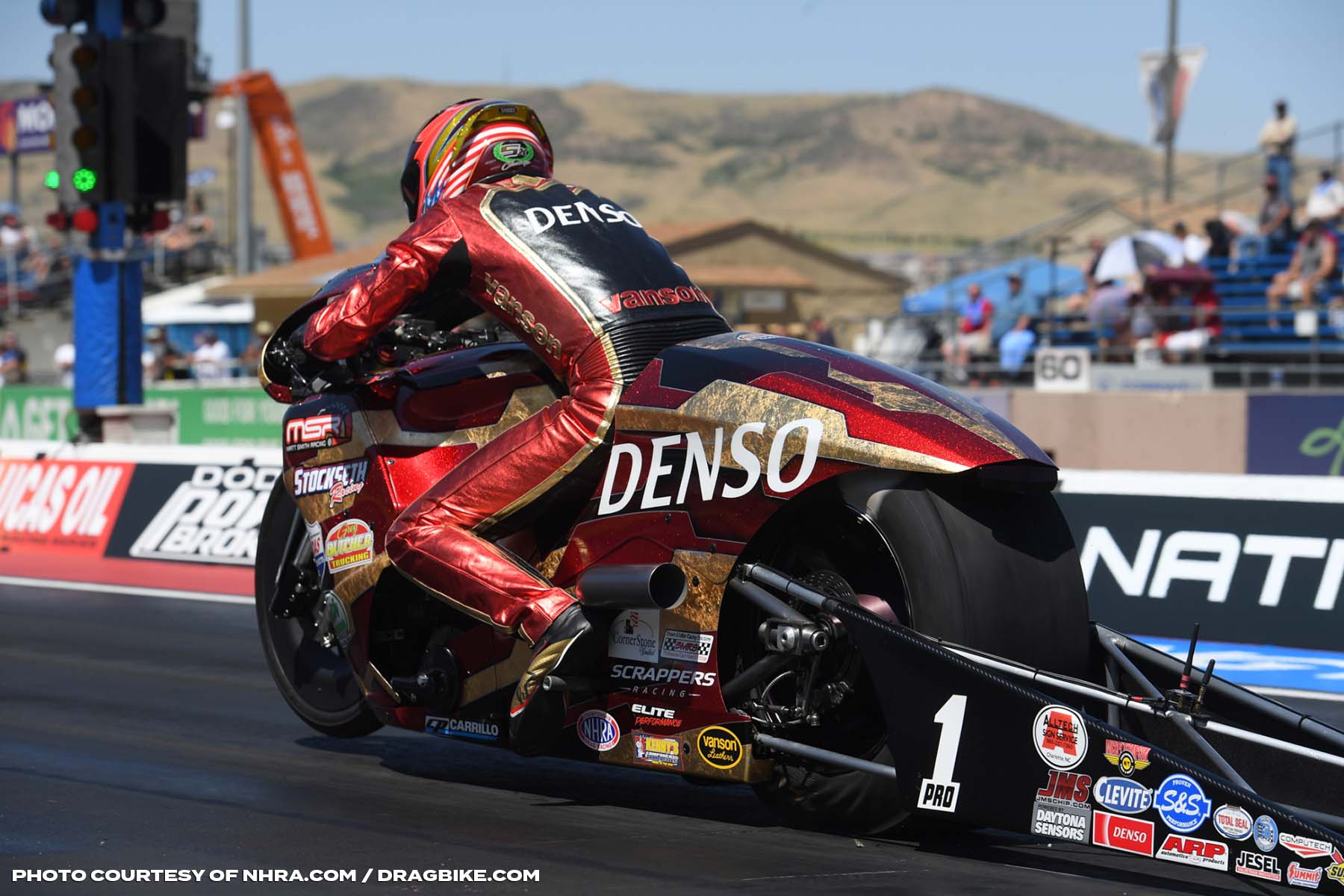 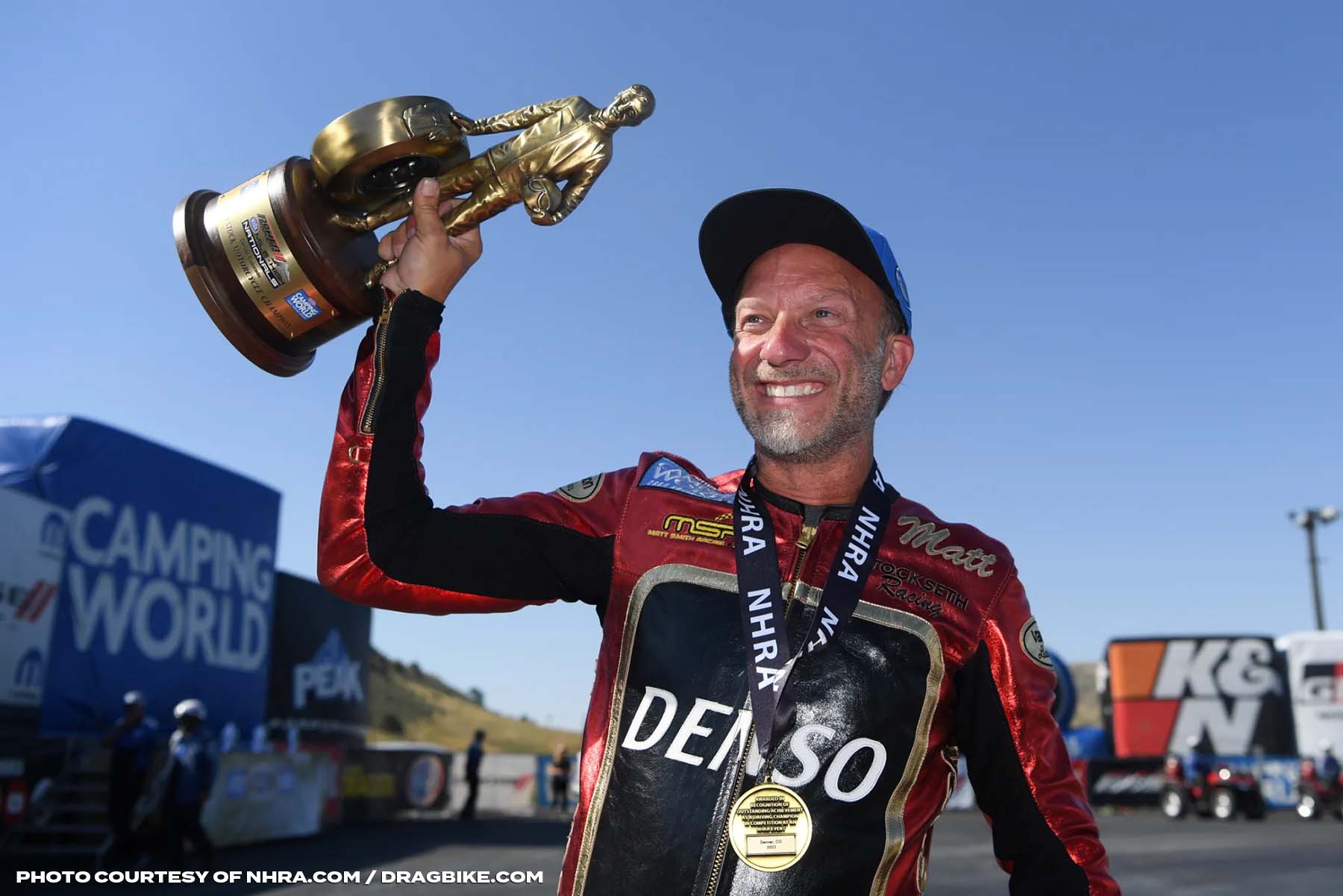 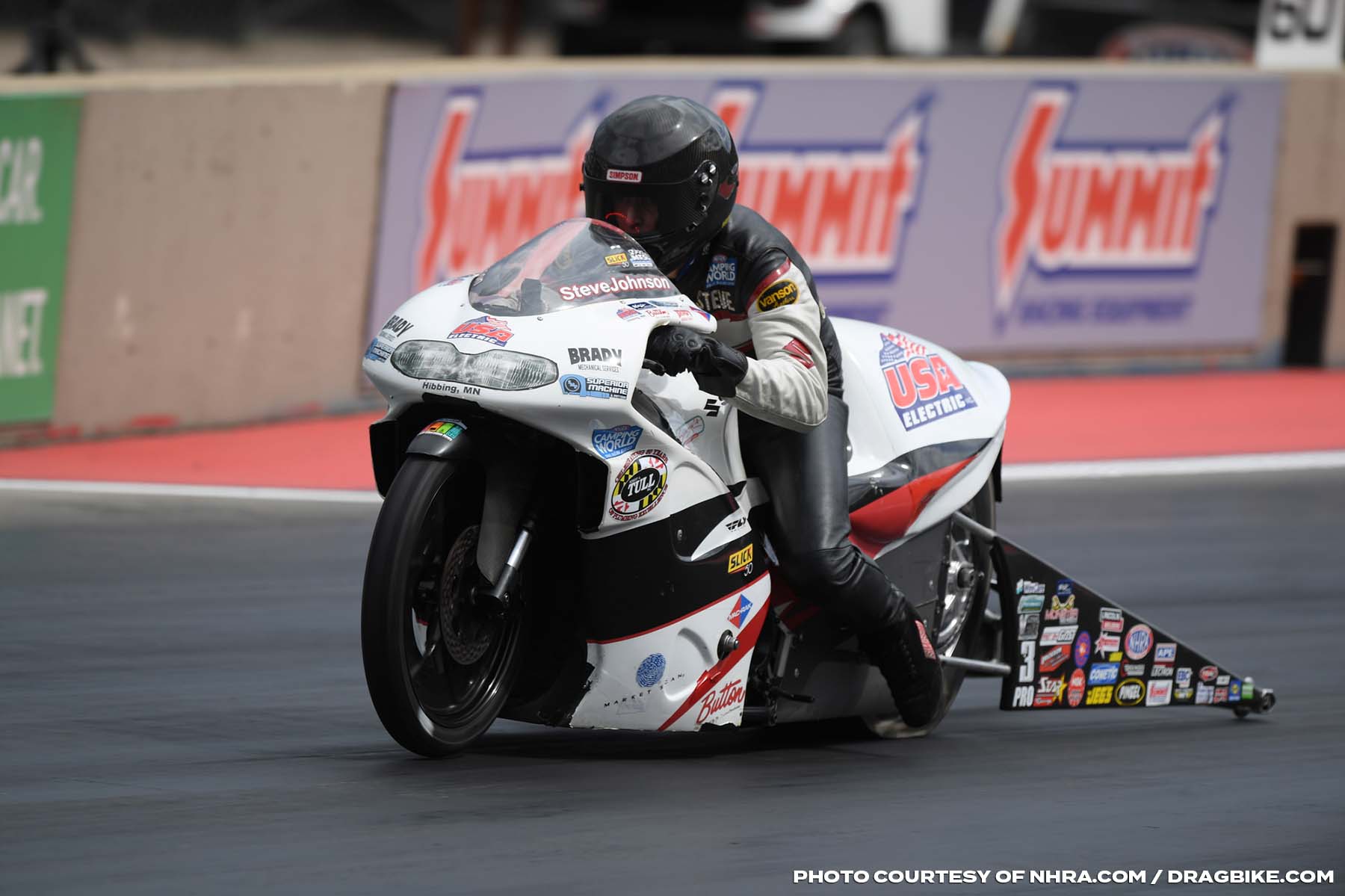 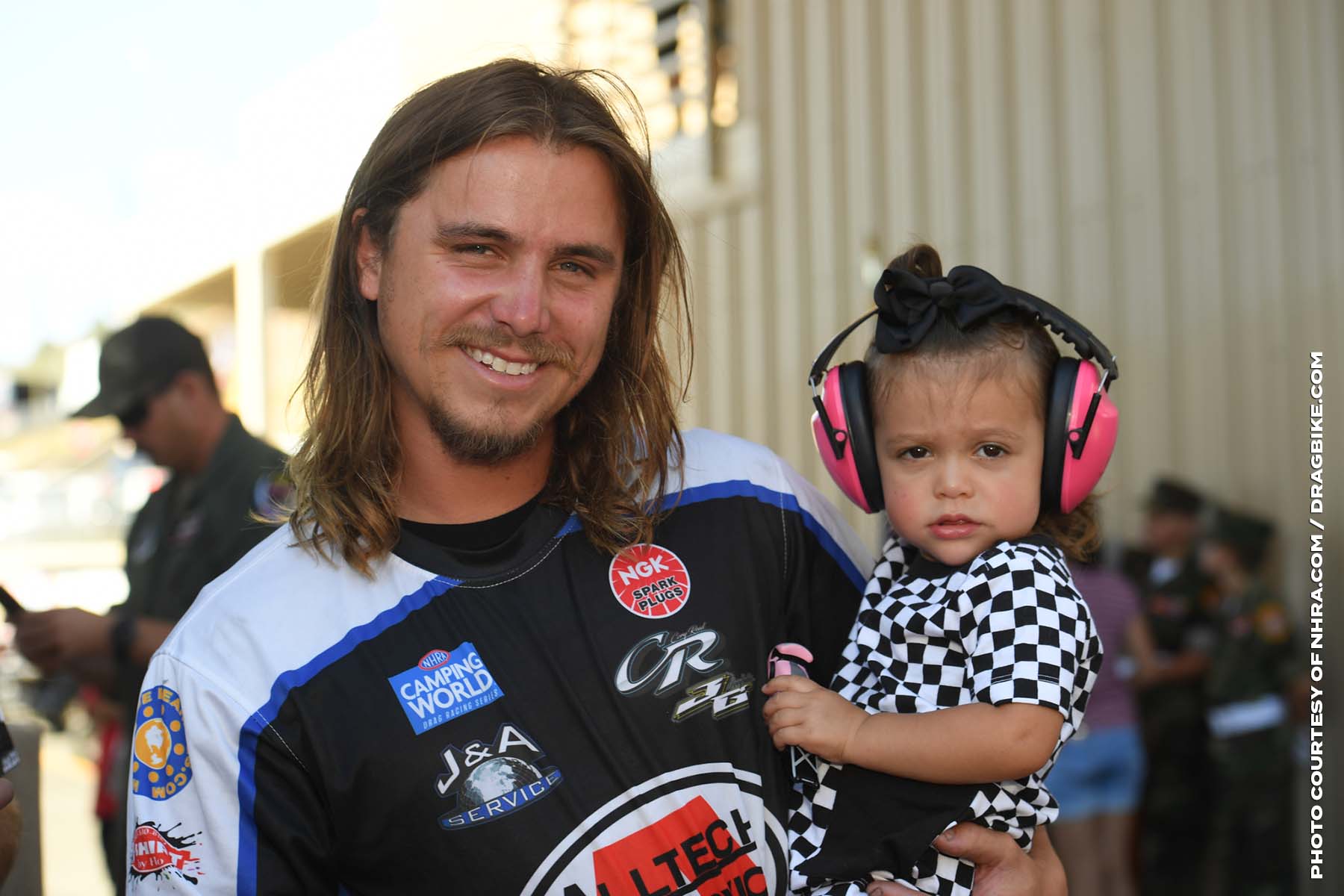 Matt Smith lowered the boom on Saturday in Pro Stock Motorcycle, setting both ends of the Bandimere Speedway track record with an impressive blast of 7.090 at 189.79 on his Denso Auto Parts Buell. The defending world champ and event winner set the track record on Friday but delivered in an even bigger way to close out qualifying, becoming the first motorcycle to go in the 7.00s on Thunder Mountain. It gives Smith his second No. 1 this season and 49th in his career, and plenty of confidence heading into eliminations after a stellar two days of qualifying.

“The Suzuki bikes were stepping up (today), so I tried a tune-up and obviously it worked,” Smith said. “It’s awesome (to set a record). I’ve always loved coming here and we come here to win the race. That was the whole reason why we brought out the (EBR) for this race. There might be a little more, but we definitely learned something today. As long as you ride the bike well and hit the light well, you can do well here, but we’ve got the bike on kill every time up here.”

Smith’s wife, Angie, qualified second thanks to her 7.151 at 188.25 in the final qualifying session, while Eddie Krawiec’s 7.164 at 186.56 gives him the third spot heading into eliminations.

Reigning Pro Stock Motorcycle champion Matt Smith kicked off qualifying with a provisional No. 1 qualifier position thanks to his 7.107-second effort at 189.31 mph on Friday night at the Dodge Power Brokers NHRA Mile-High Nationals.

Smith, the defending world champ and event winner, made a strong statement to open qualifying on Friday in Pro Stock Motorcycle, setting the track record with his run of 7.107 at 189.31 on his Denso Auto Parts Buell. If it holds, Smith would pick up his second top spot this season and 49th in his career. The five-time world champ opted to go back to his Buell for the weekend on Thunder Mountain and after the first day of qualifying, it looks to be a strong decision for the standout.

“I guess we’ll see what Sunday brings but a lot of factors went into that decision to race a Buell,” Smith said. “I’ve never run a Suzuki up here and I didn’t want to take a chance to hurt it. I want to be able to race it next week in Sonoma if I decide to. Last year, I was No. 1 and won the race on my Buell. This is basically the same package, and this Denso Buell is hateful.”

Angelle Sampey, who won the most recent event in Norwalk, made the best run of the second session and currently sits second with a 7.171 at 186.95. Points leader Steve Johnson is right behind after going 7.180 at 183.54. 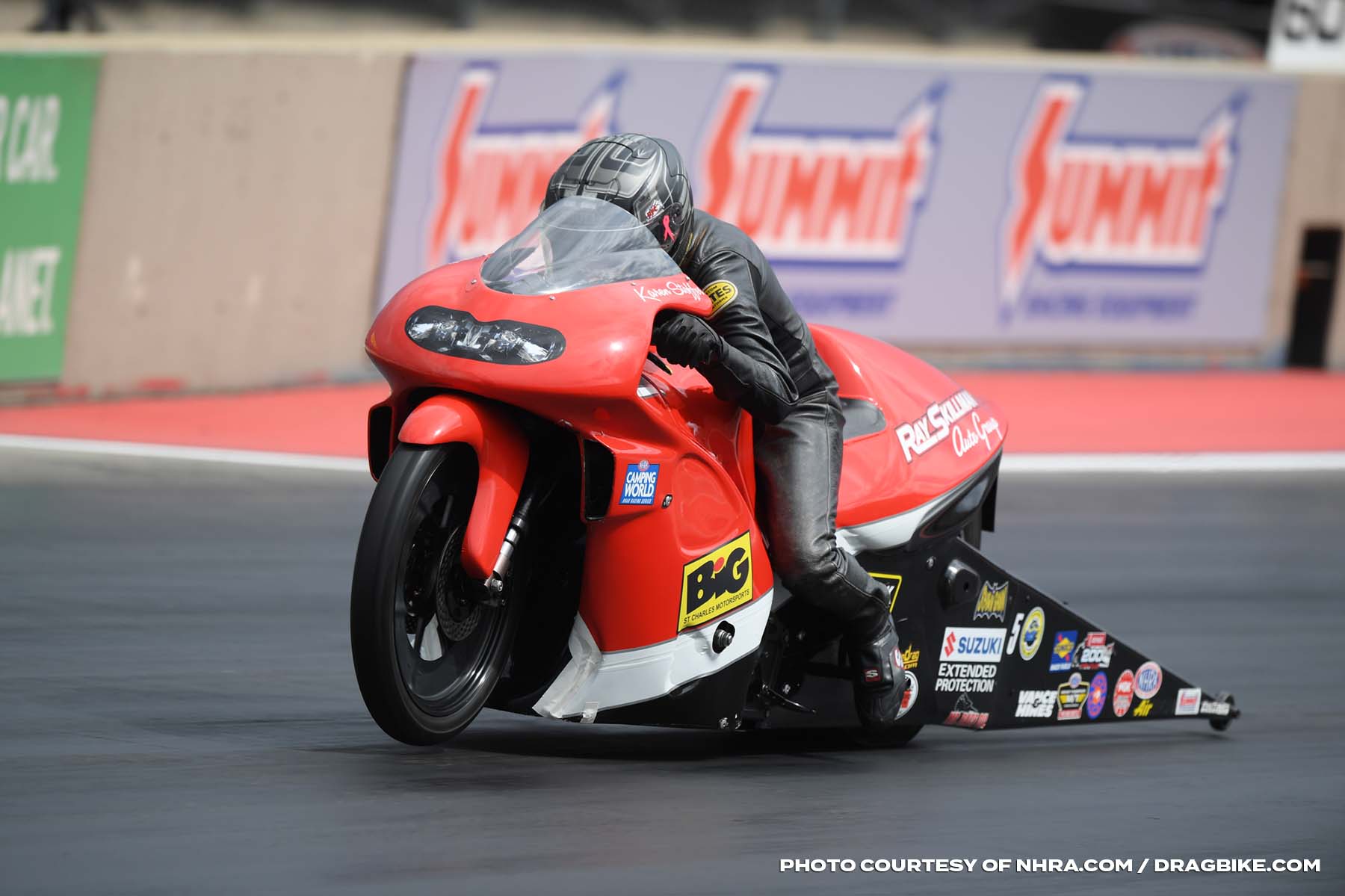