Randal Andras had clinched the Mickey Thompson Tires Top Fuel Championship before the AAA Texas Fall Nationals even began at the Texas Motorplex. The Jay Turner Racing rider couldn’t help himself and took another win, making it his sixth win of the season. Andras qualified number one with a 6.201 at 225 mph. In the final, he faced teammate Jay Turner. Turner took the starting advantage but Andras easily chased him down to outrun him with a 6.437 to Turner’s 6.606. 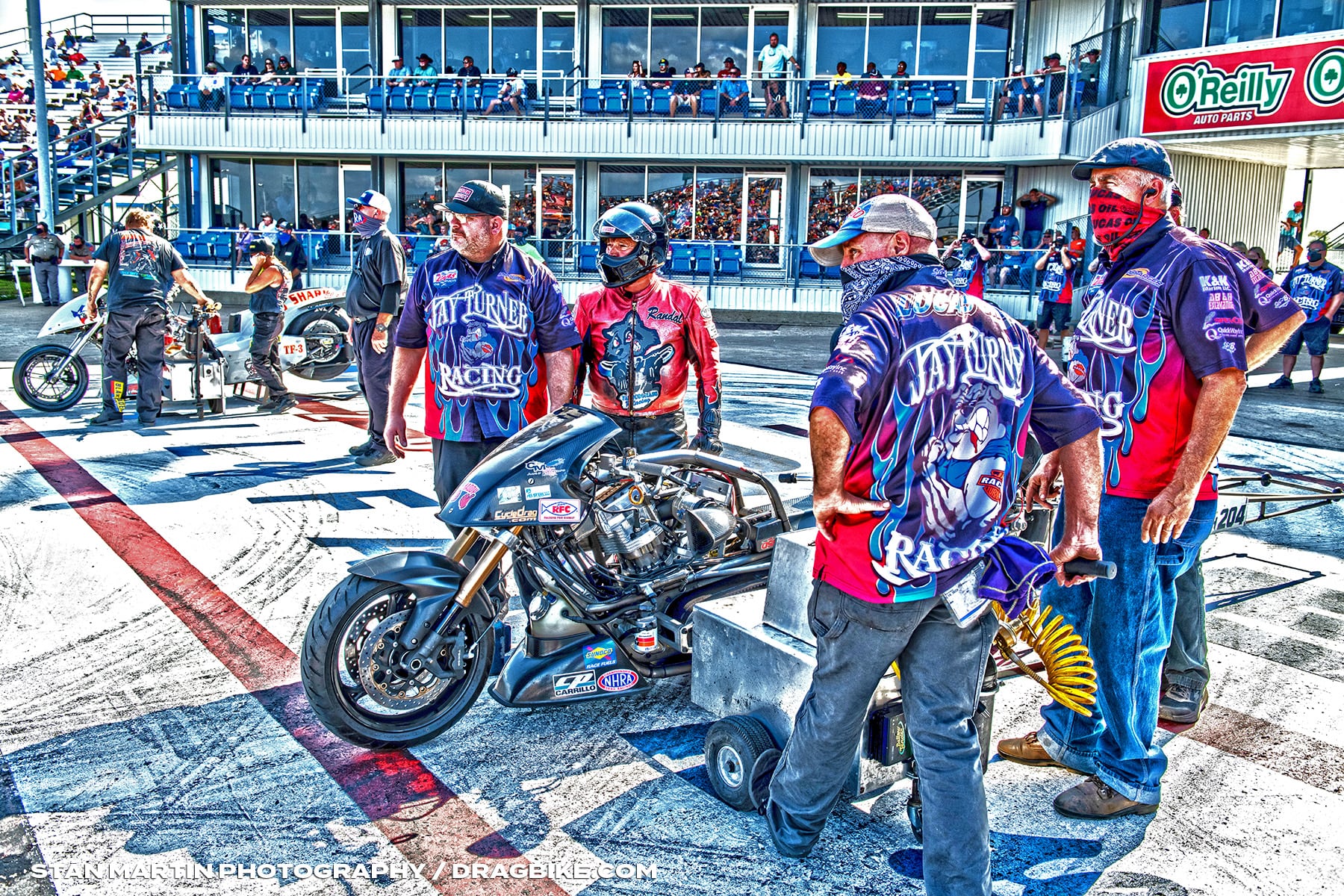 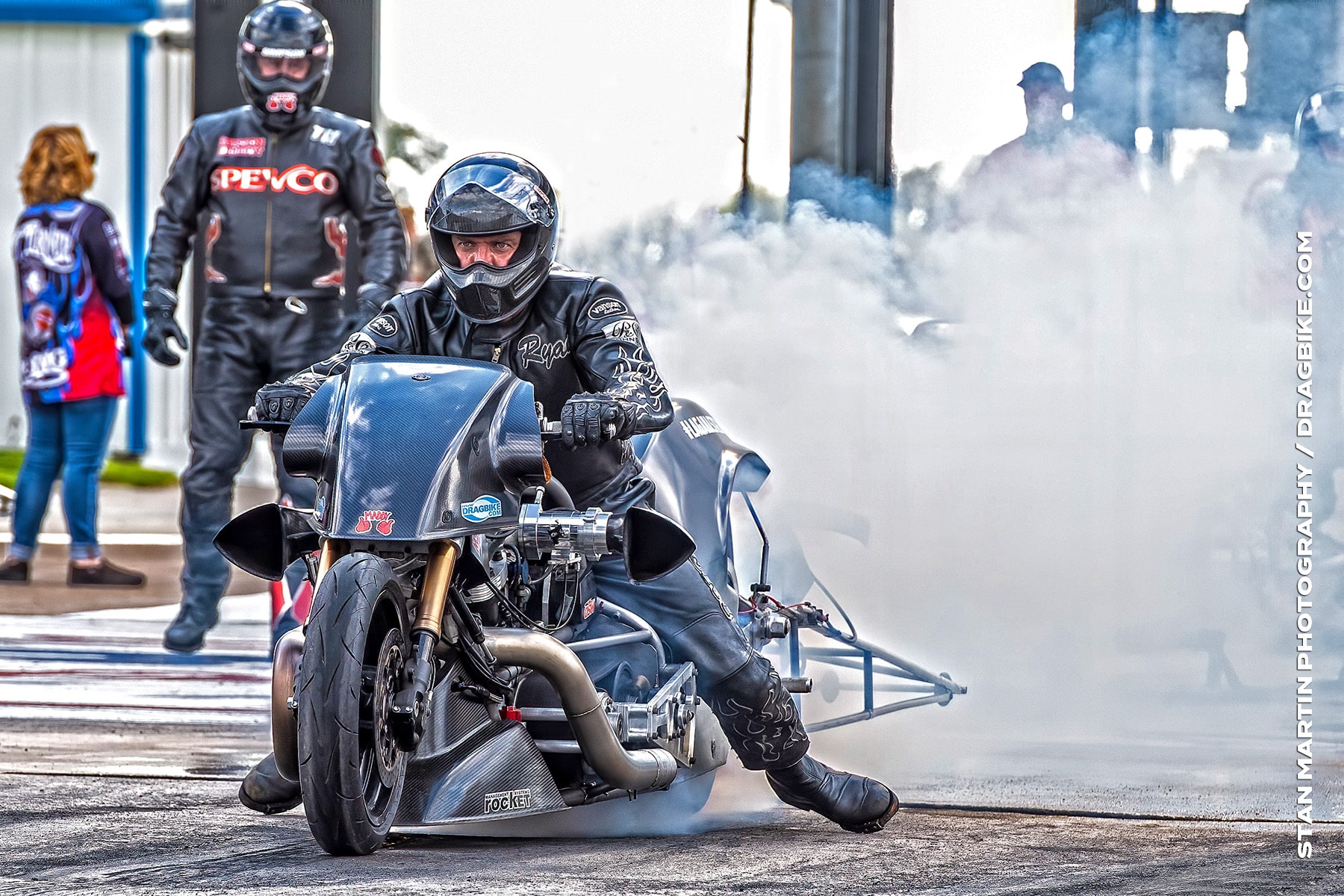 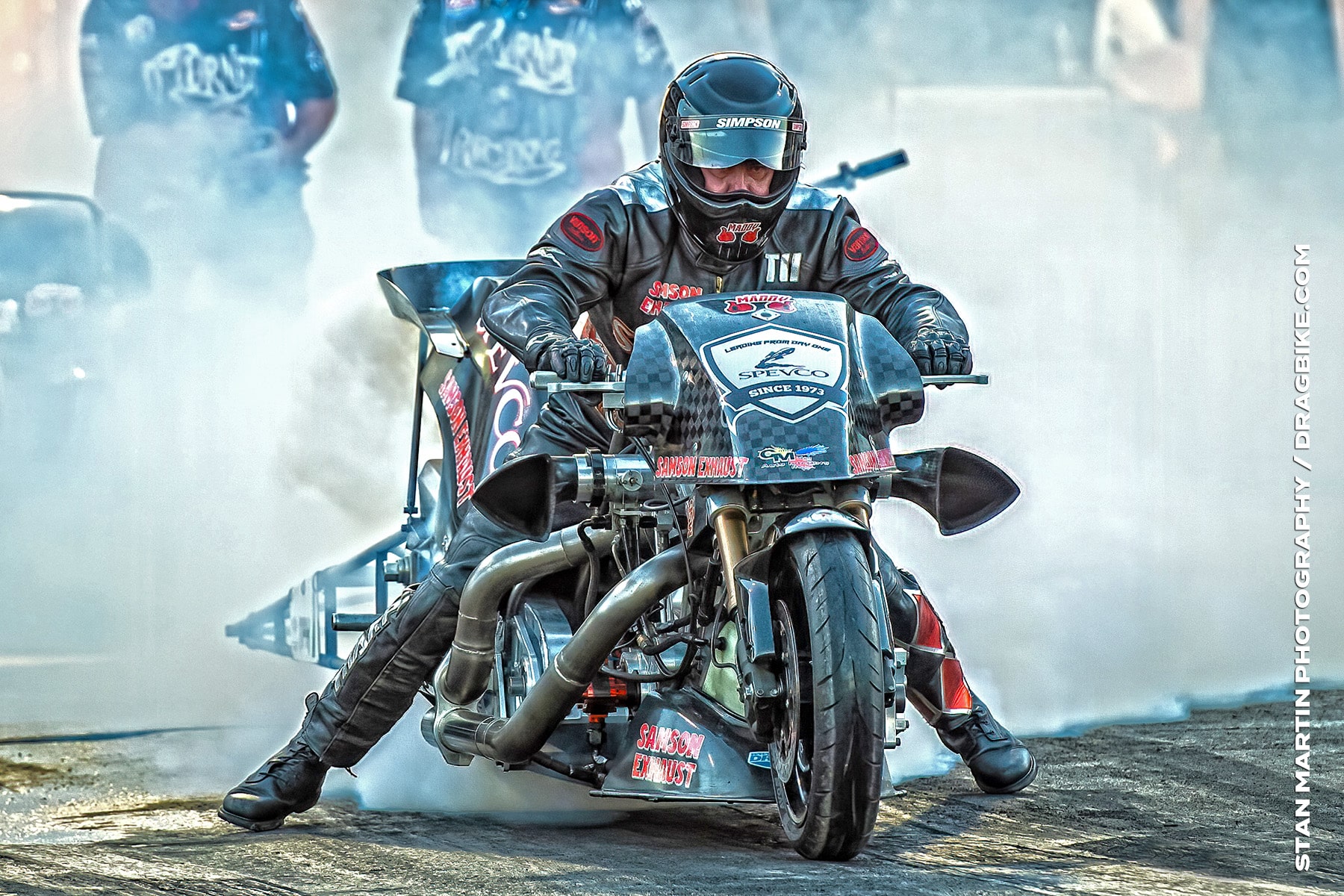 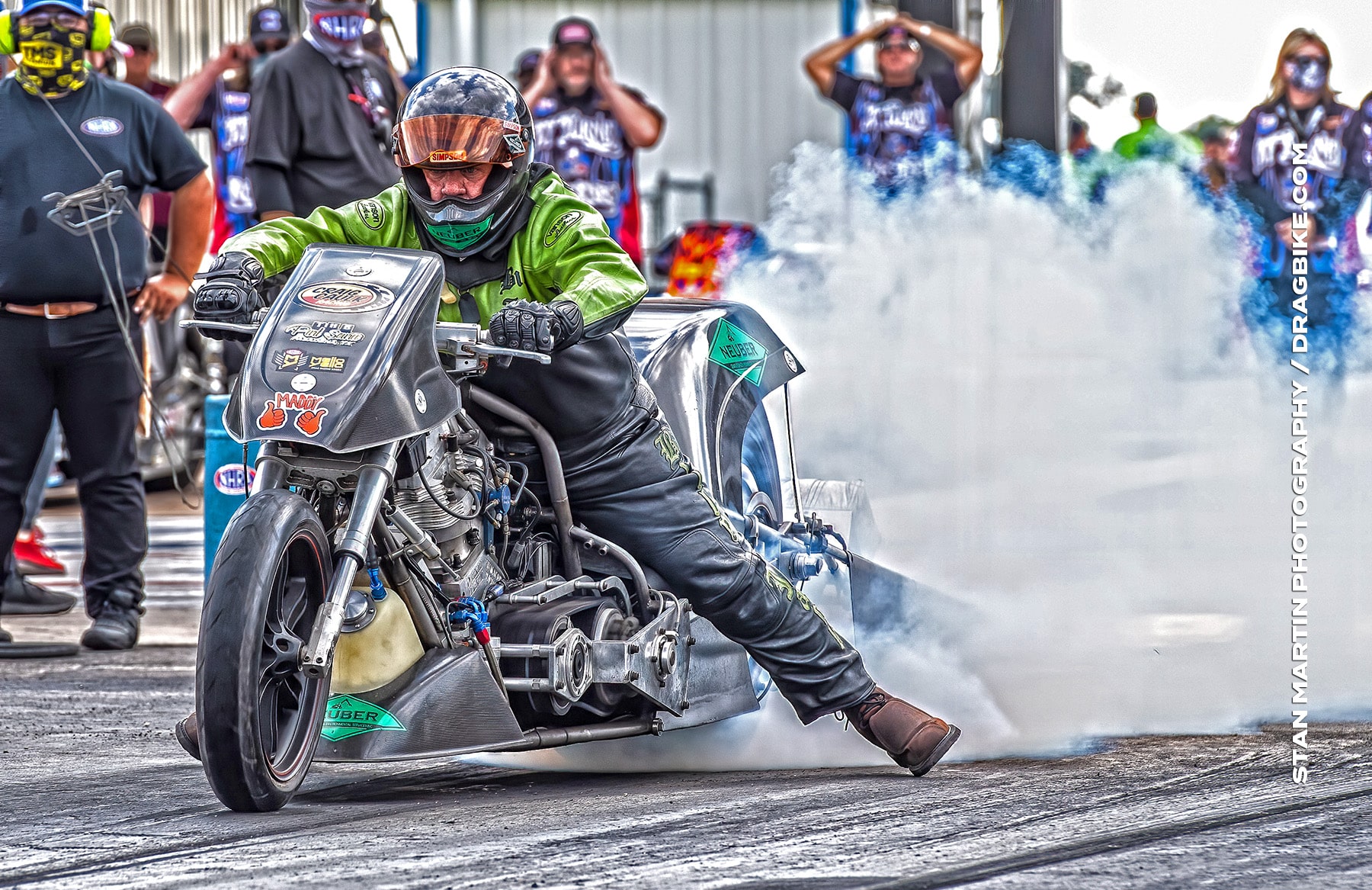 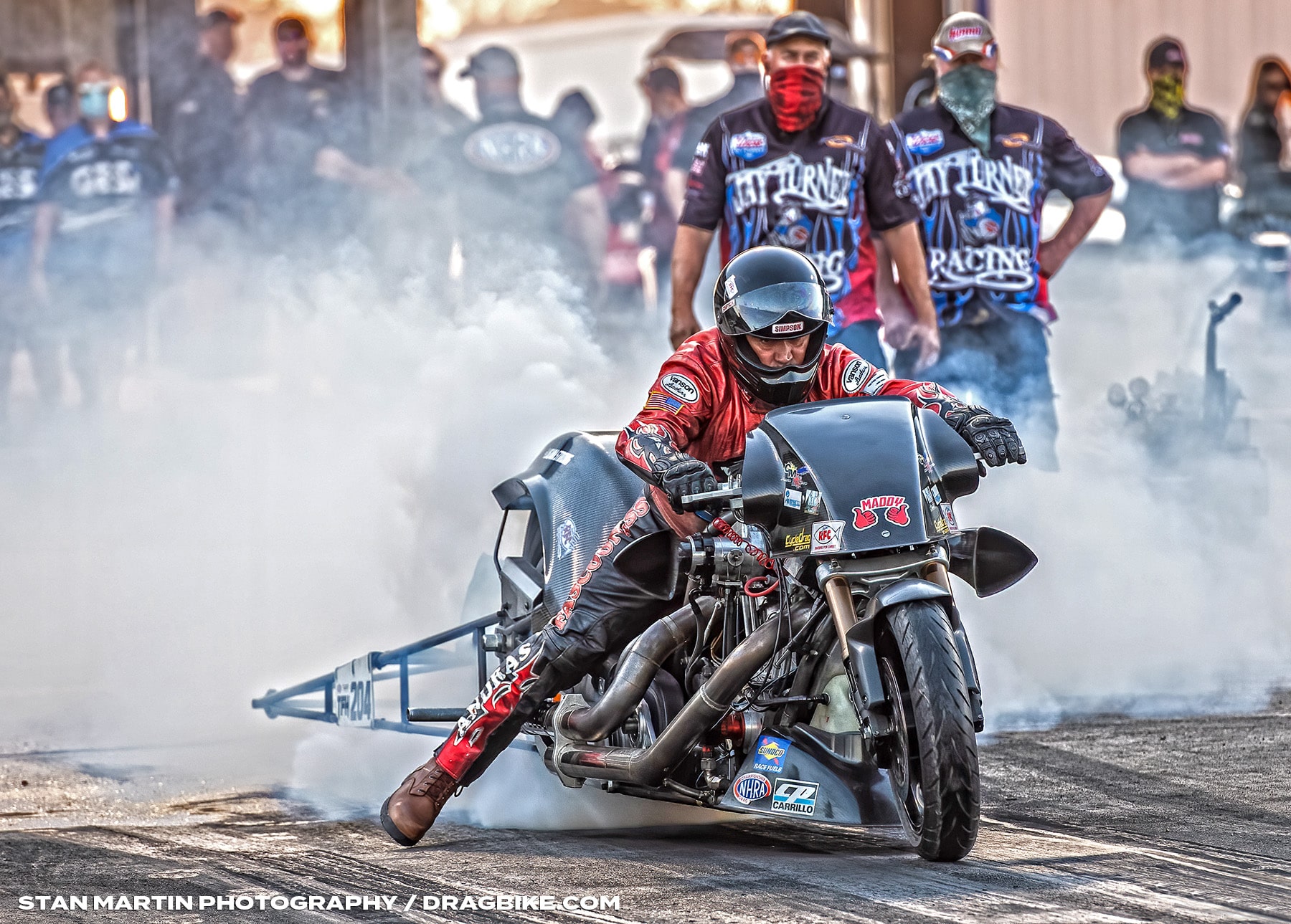 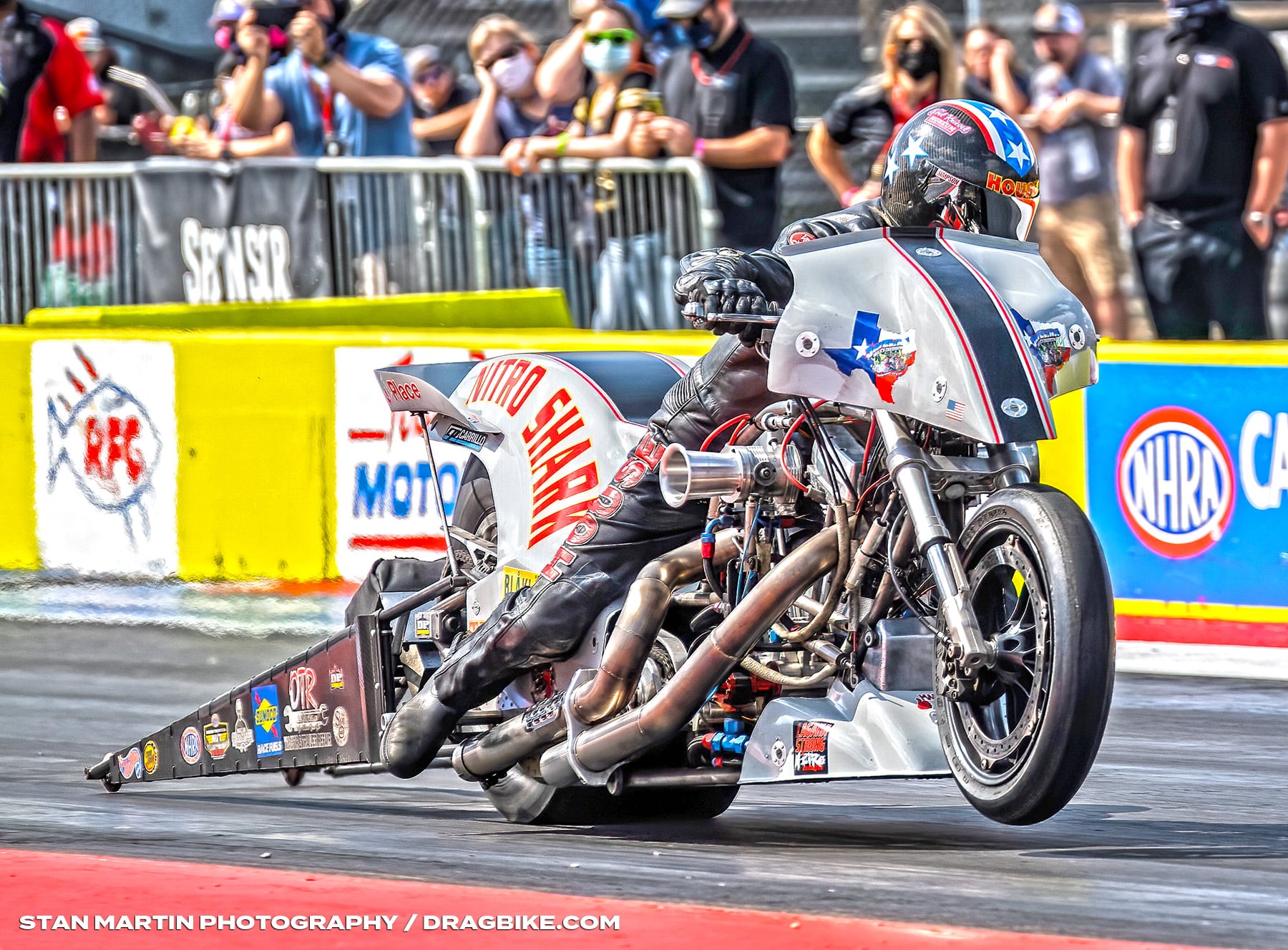 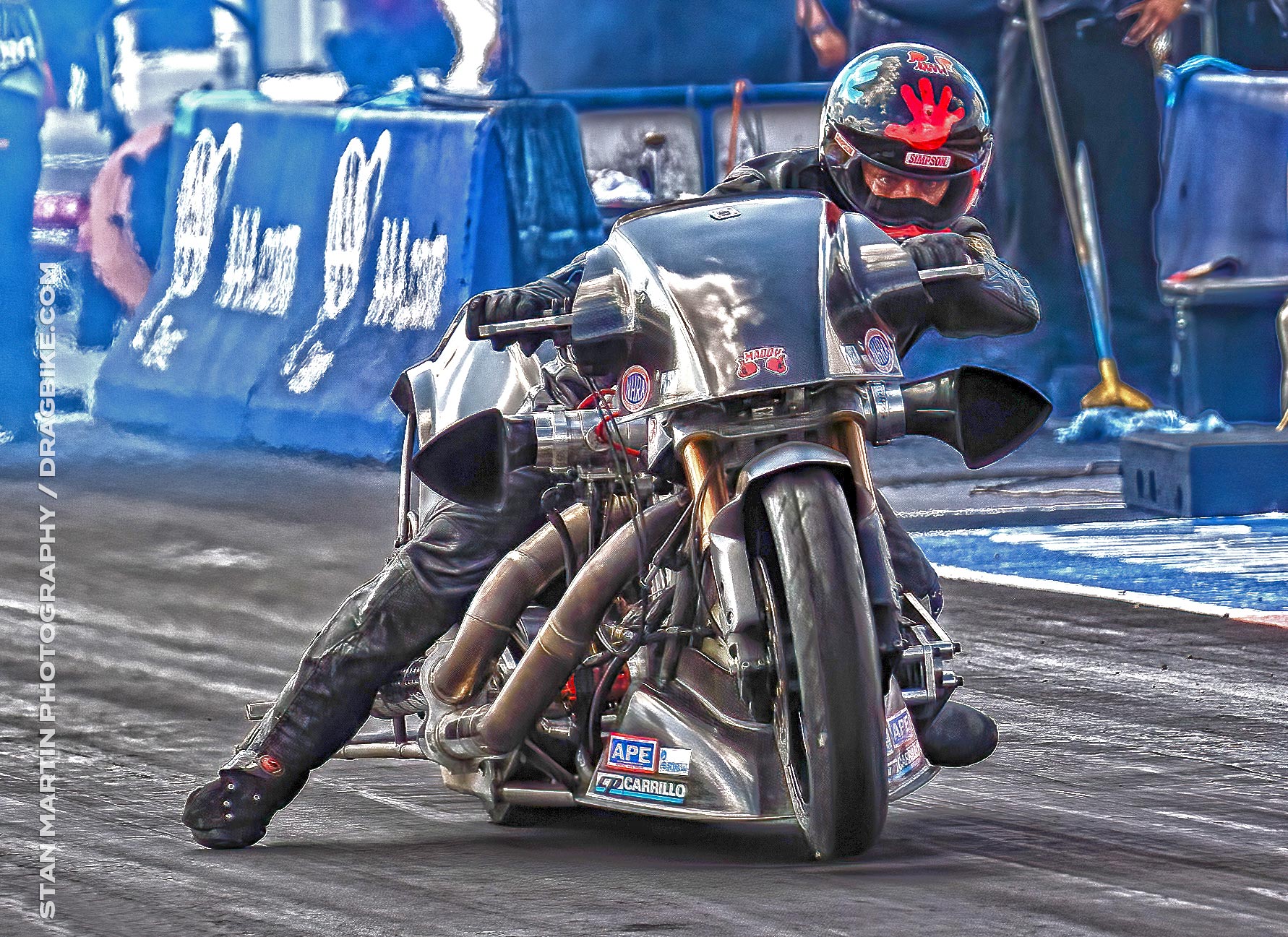 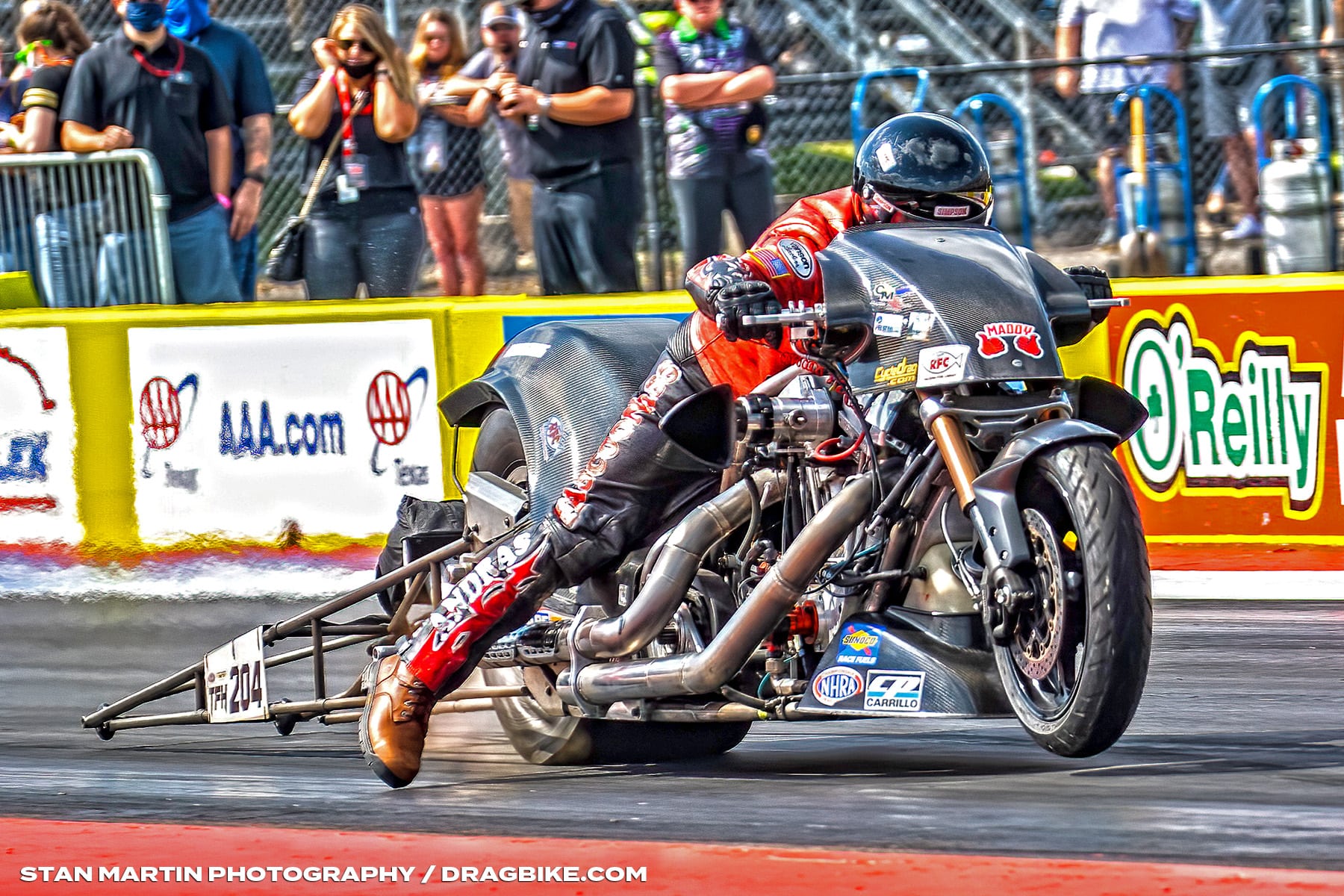 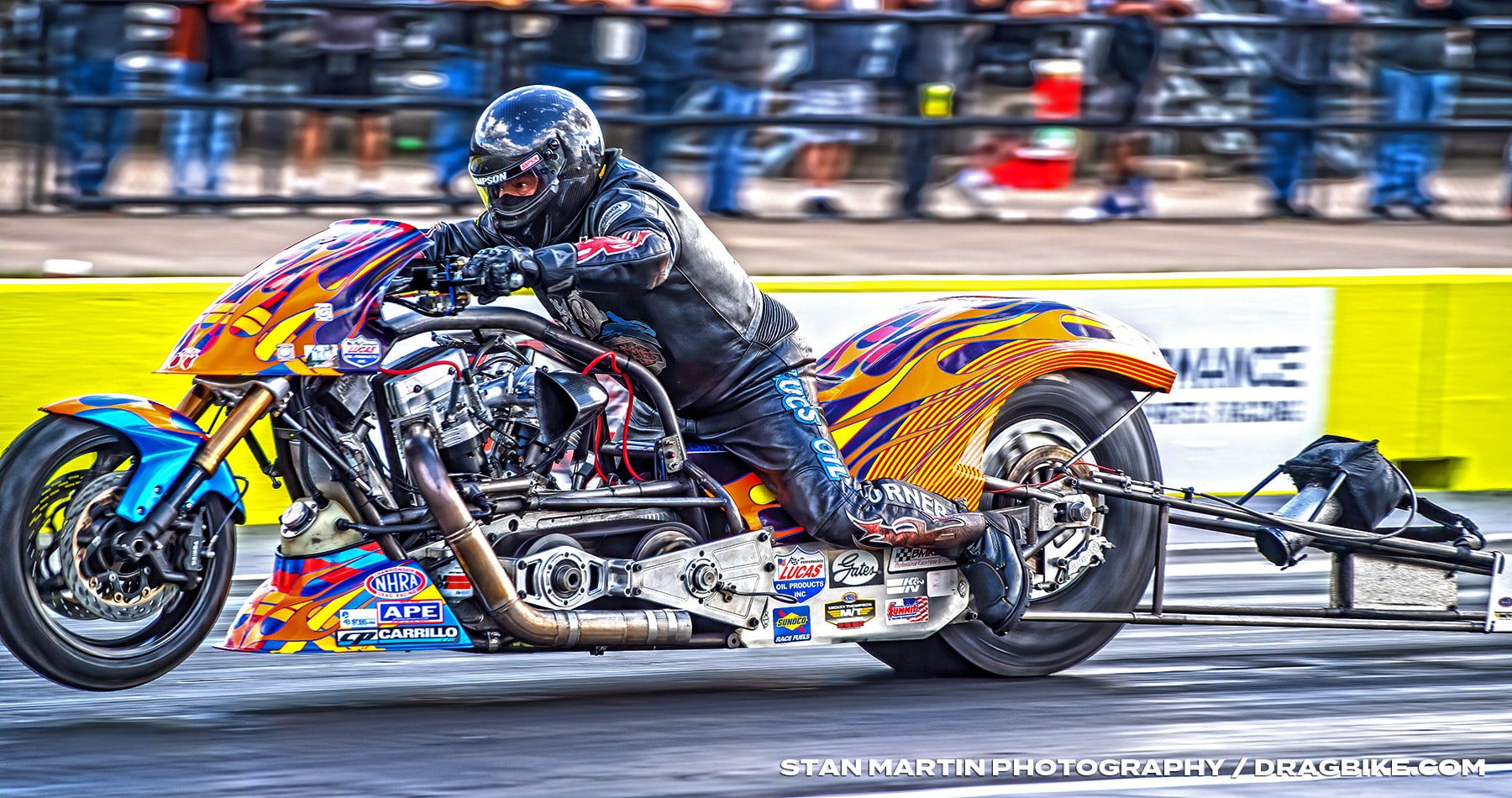 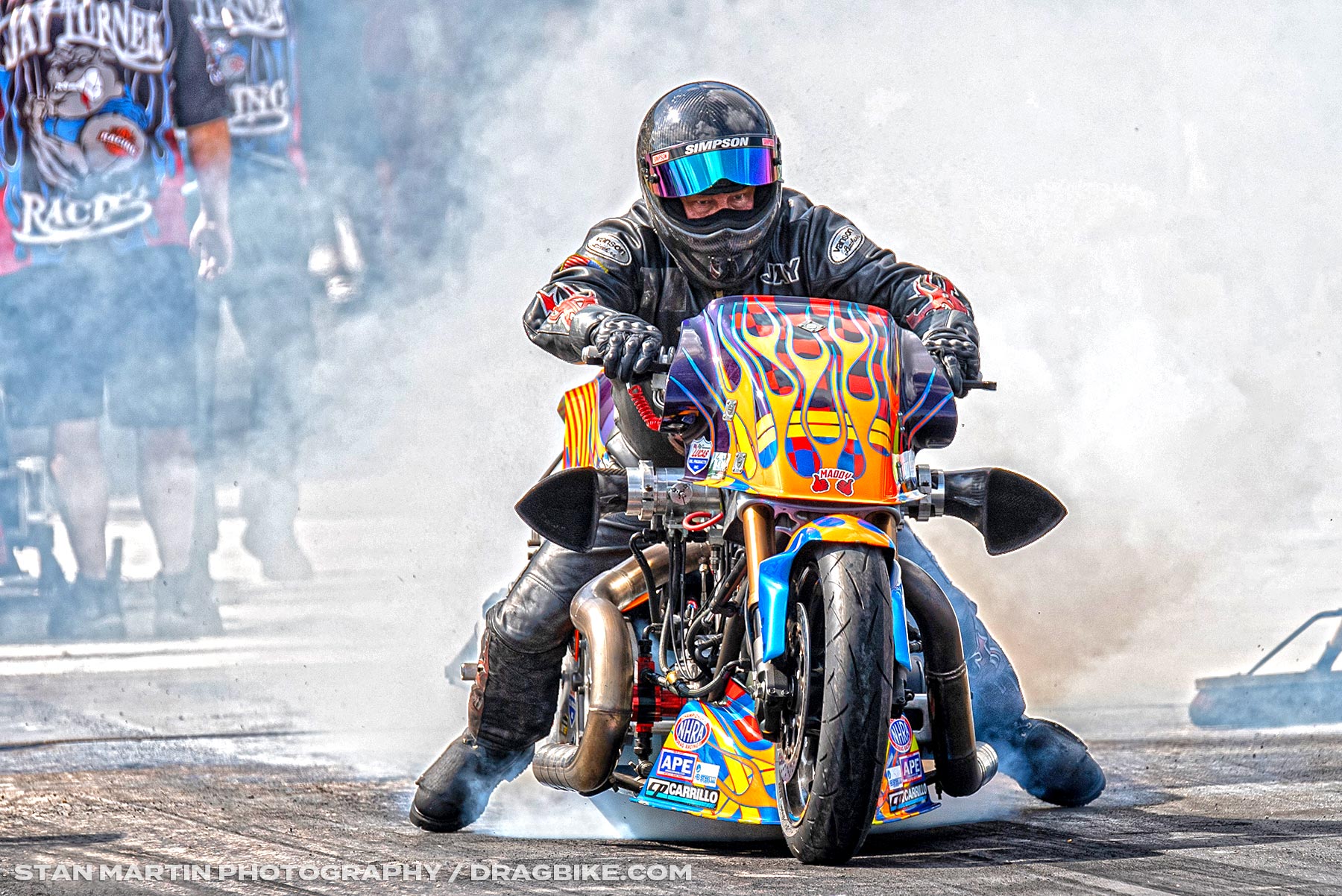 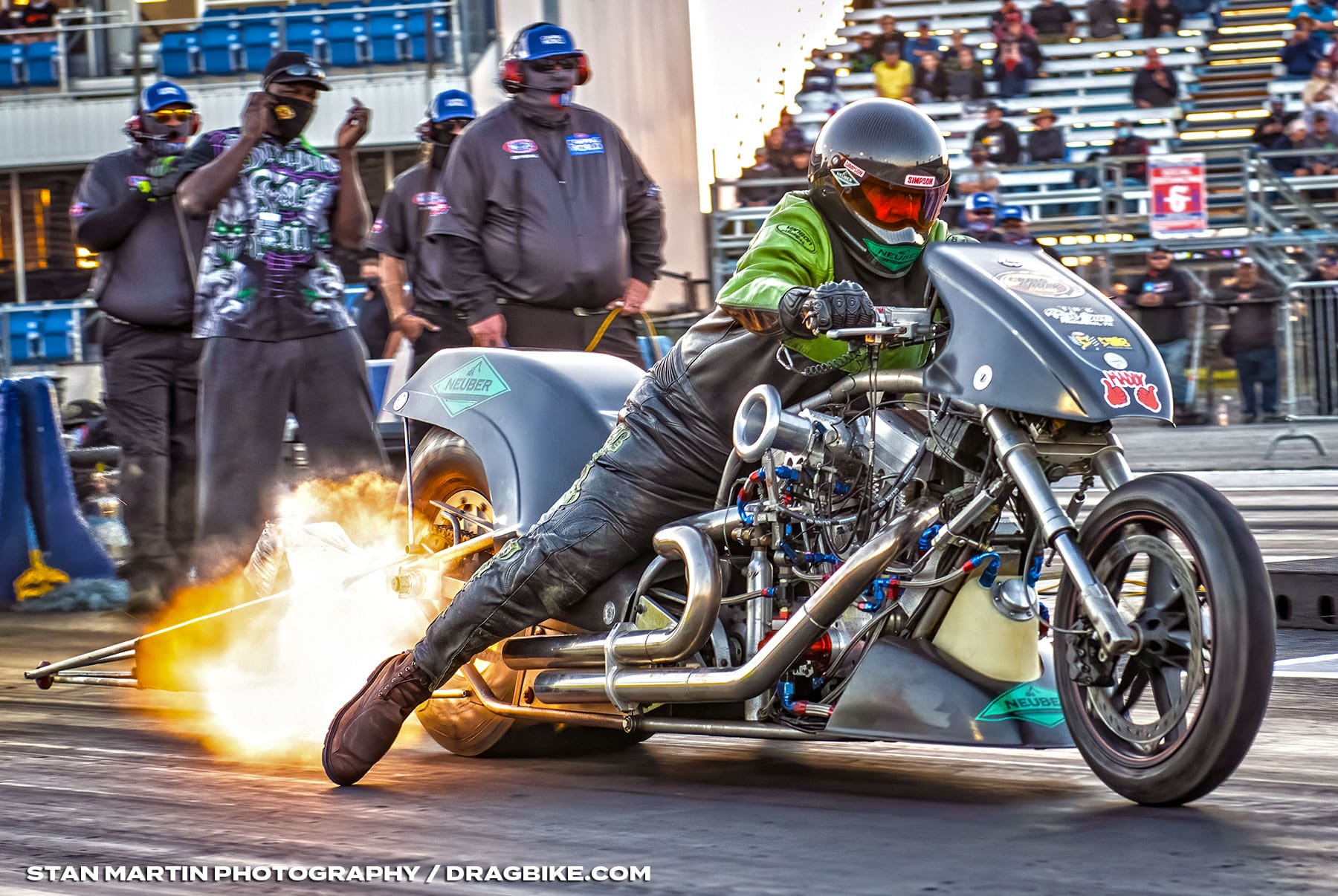 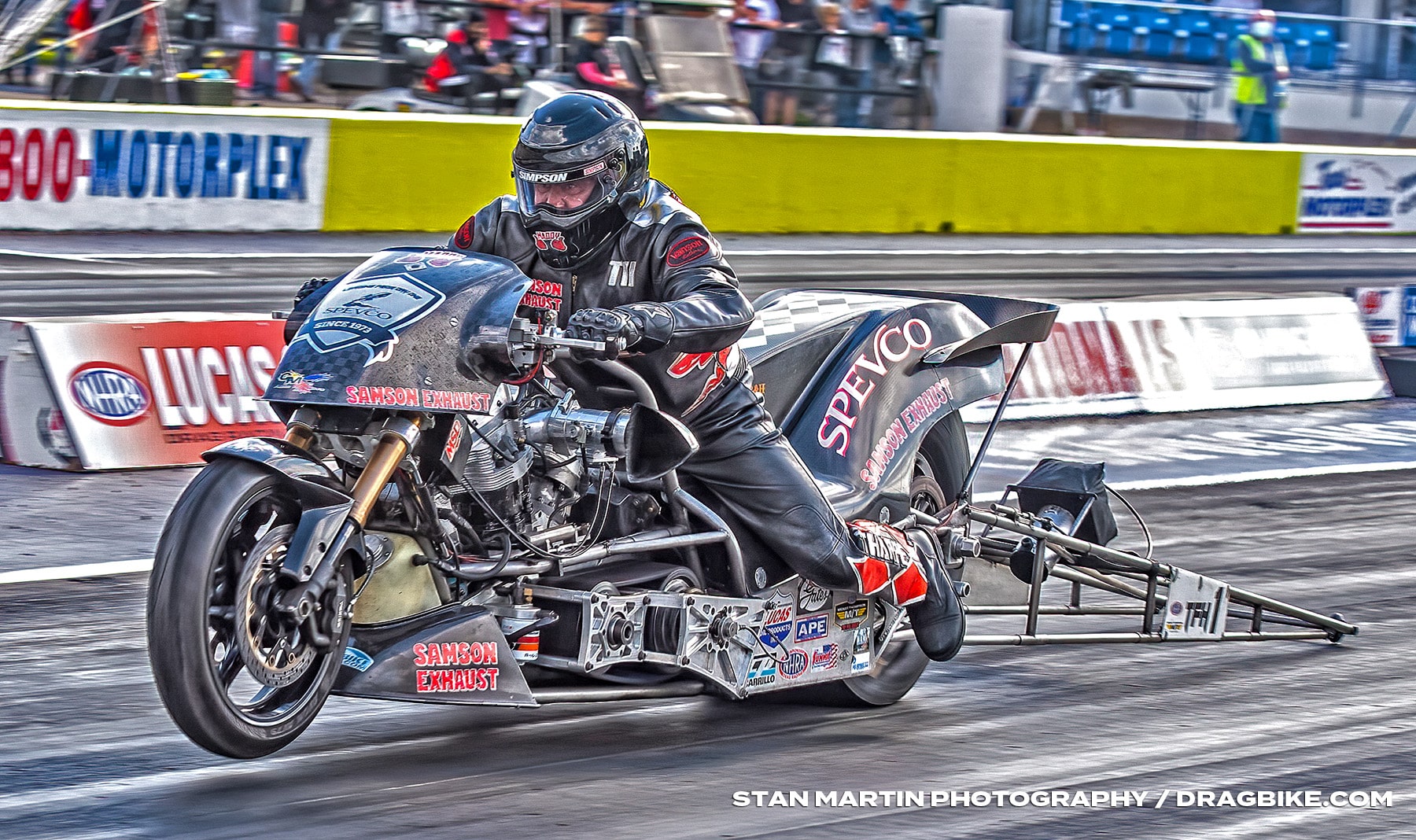