Andrew Hines has had a spectacular career filled with the most wins in Pro Stock Motorcycle history. But the five-time NHRA Mello Yello Drag Racing Series world champion has never had a year like he’s enjoyed in 2019, and now Hines looks to put one final stamp on it at this weekend’s 55th annual Auto Club NHRA Finals at historic Auto Club Raceway at Pomona.

With a career-best eight victories and 10 final-round appearances this year, Hines takes a commanding 115-point lead into Pomona for the final race of the Mello Yello Countdown to the Championship playoffs. The points-and-a-half scenario in play for the season finale means nothing has been clinched yet, but Hines can put a triumphant bow on his incredible season should he pick up a win on his Screamin’ Eagle Vance & Hines Harley-Davidson in Pomona. 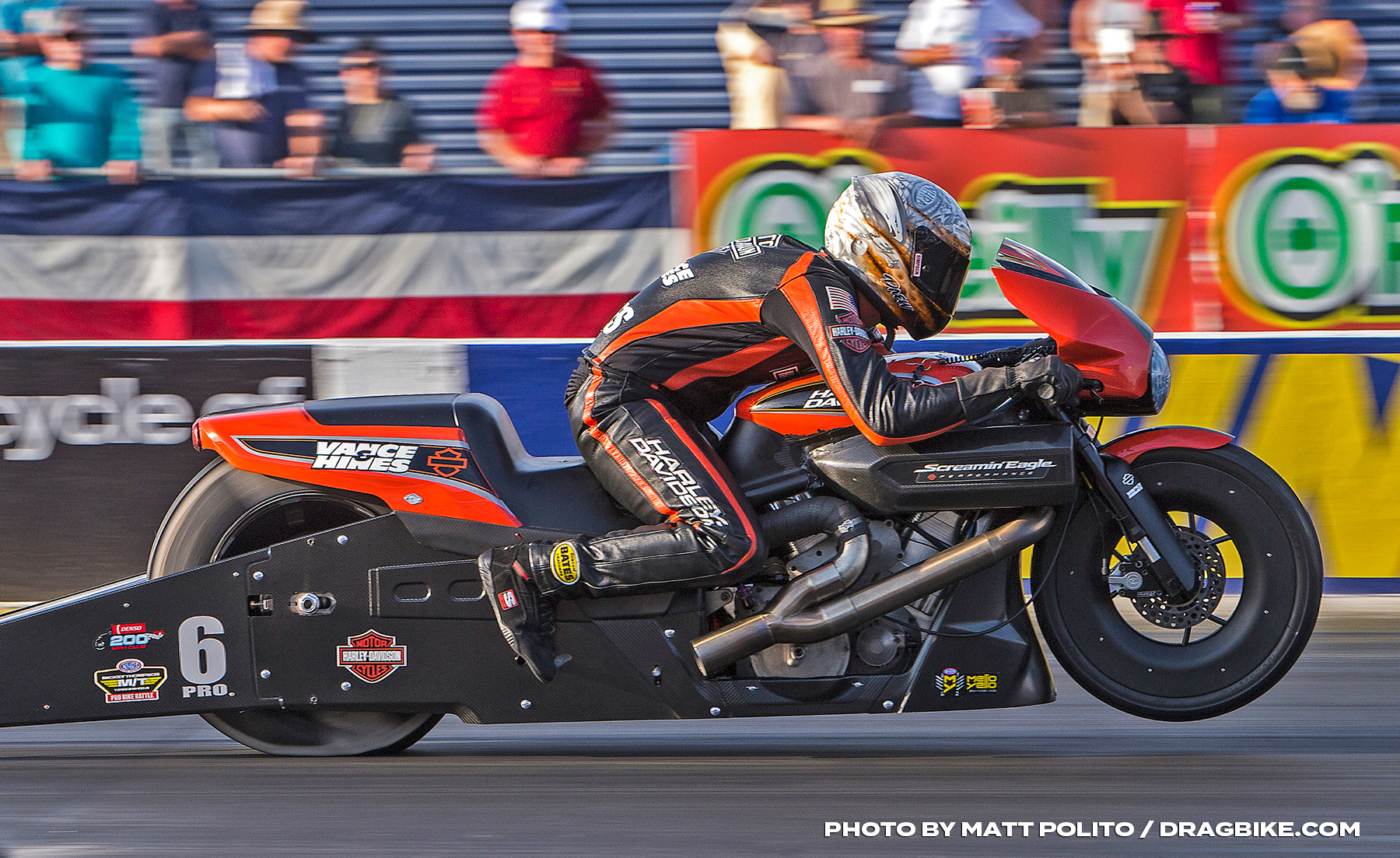 “It’s been a fantastic year and I’ve never had a season like this,” said Hines, who has 56 career victories. “I’ve been doing this 18 years and to have the success we’ve had this year, it’s blown everything out of the water. We couldn’t have scripted it any better. It’s been a fun atmosphere this year and hopefully we can cap it off with a big trophy and one heck of a celebration. Harley-Davidson has pushed me to be even better and that support really rejuvenated me.”

Steve Torrence (Top Fuel), J.R. Todd (Funny Car), Tanner Gray (Pro Stock) and Matt Smith (Pro Stock Motorcycle) were last year’s winners of the race that will be televised on FOX Sports 1 (FS1), including live finals coverage starting at 4:00 p.m. (ET) on Sunday, Nov. 17. It is the final of six races in the Countdown to the Championship playoffs the last of 16 races in a 2019 Pro Stock Motorcycle season that Hines has dominated.

Jerry Savoie is second in points, 115 back of Hines heading into Pomona, while Eddie Krawiec and Matt Smith trail Hines by 116 and 117 points, respectively. Hines can clinch the world title by simply winning in the first round, while a number of other scenarios could pave the way for his sixth world championship. It would be a fitting finish to a year that’s seen success at every turn, while Hines’ level-headed approach has him confident for the weekend. 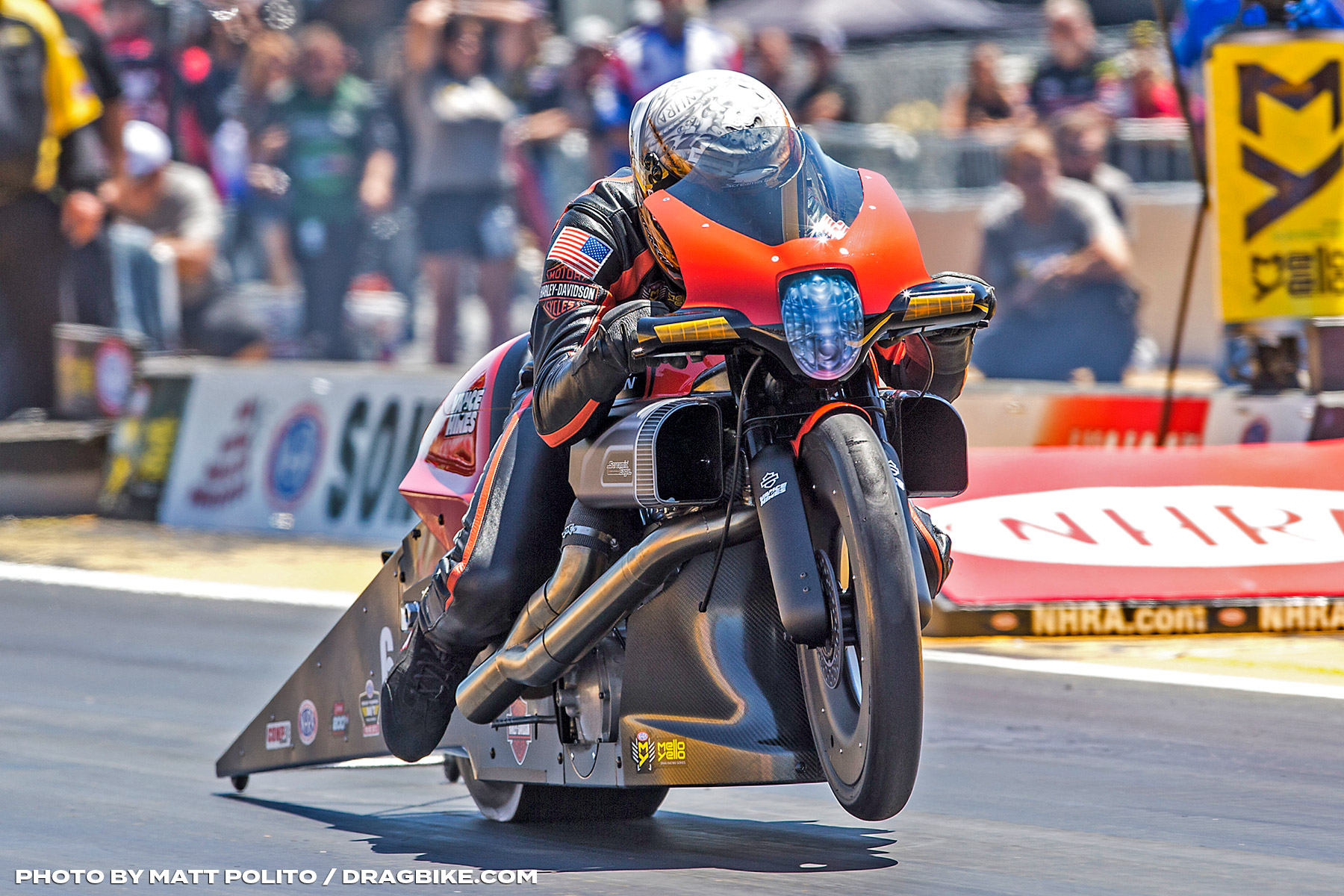 “It’s business as usual for me,” Hines said. “We’ll look to put together a good start in qualifying, but we’re just confident because we’ve got a good bike. When you look at it this season, the bike has pretty much been flawless. We’re going to try to get after it this weekend and put on a good show. It’s the home track for Vance & Hines, so there will be a lot of people there. It’s going to be cool to have friends and family there, so hopefully we can perform well for them.”

Hines has advanced to the semifinals or better at the last four playoff races, picking up a win in Charlotte. A steady approach and showing – along with a brilliant performance on the starting line – has keyed Hines’ consistent performance in the Countdown to the Championship, and if he’s feeling any pressure, Hines isn’t showing it. He has three career Pomona victories, while teammates Krawiec and Angelle Sampey have seven combined wins at the historic facility, putting the team on a good footing in Pomona. Still, Hines is driven to end the season strong after starting 2019 with seven victories at the first nine races. 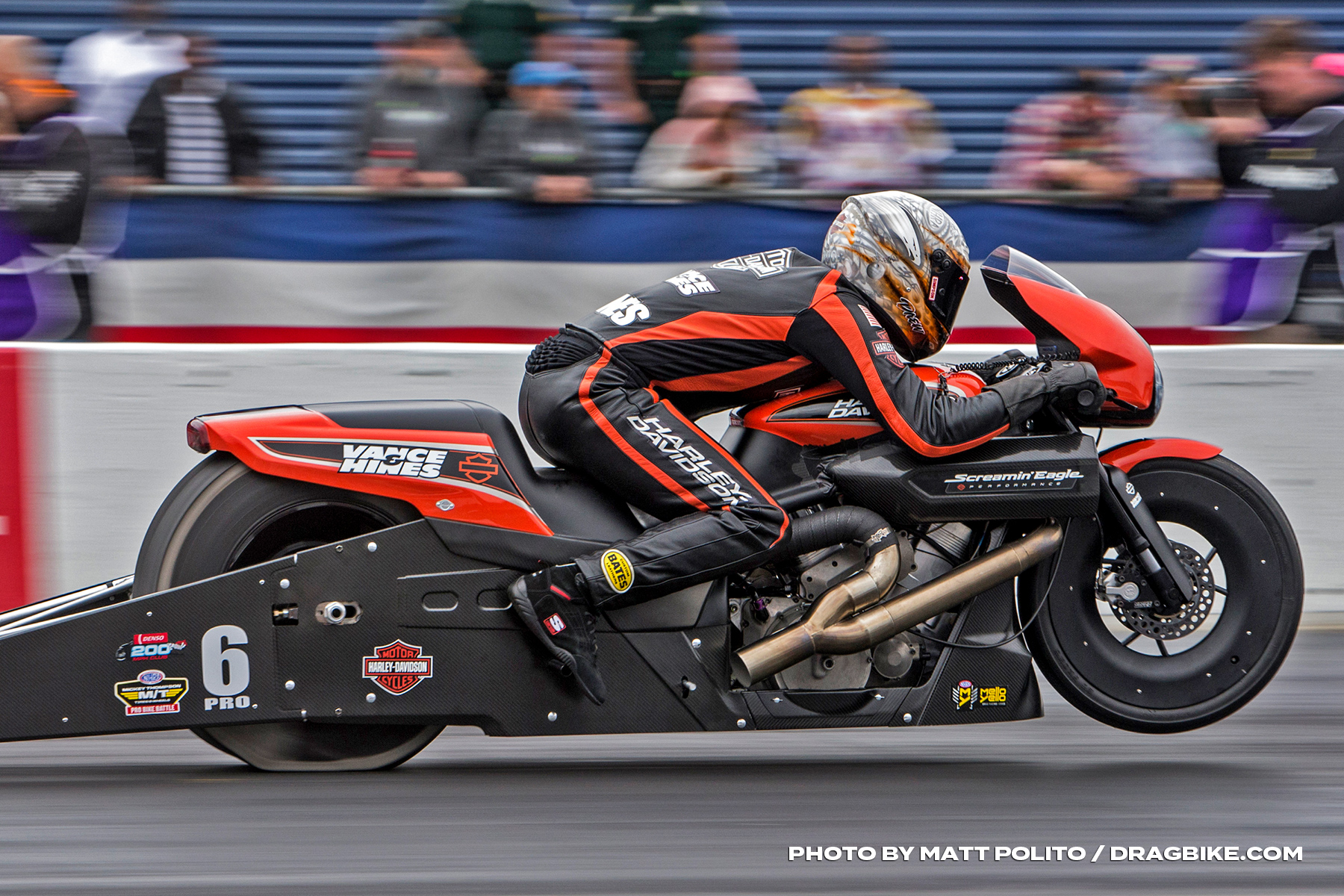 “I’m feeling pretty good,” Hines said. “Vegas went the right way for me. Luckily I’ve been able to do my job and get a holeshot win at each of the last four races. We ran well in Charlotte, but we’ve just been a tick off. We spent a bunch of time doing some research early in the week and we’re going to keep plugging away. We’ve always run well at Pomona in the past, so we’ll try to play off that. We want to put together a good showing as a team.”