Among all competitors in the NHRA Camping World Drag Racing Series, nobody has made a bigger move in the Countdown to the Championship playoffs than Pro Stock Motorcycle’s Angie Smith. 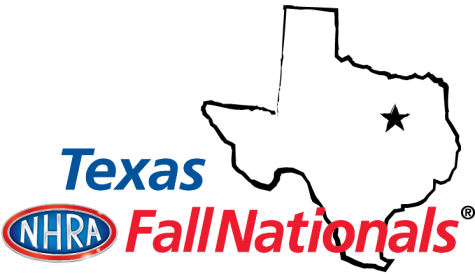 She’s jumped up four spots to third place in just two playoff races in the category, but Smith isn’t satisfied and will get the chance to move up even more at this weekend’s 37th annual Texas NHRA FallNationals at Texas Motorplex. Smith trails her husband, defending world champion and event winner Matt Smith, by 90 points, while Joey Gladstone is just 21 points out of first. 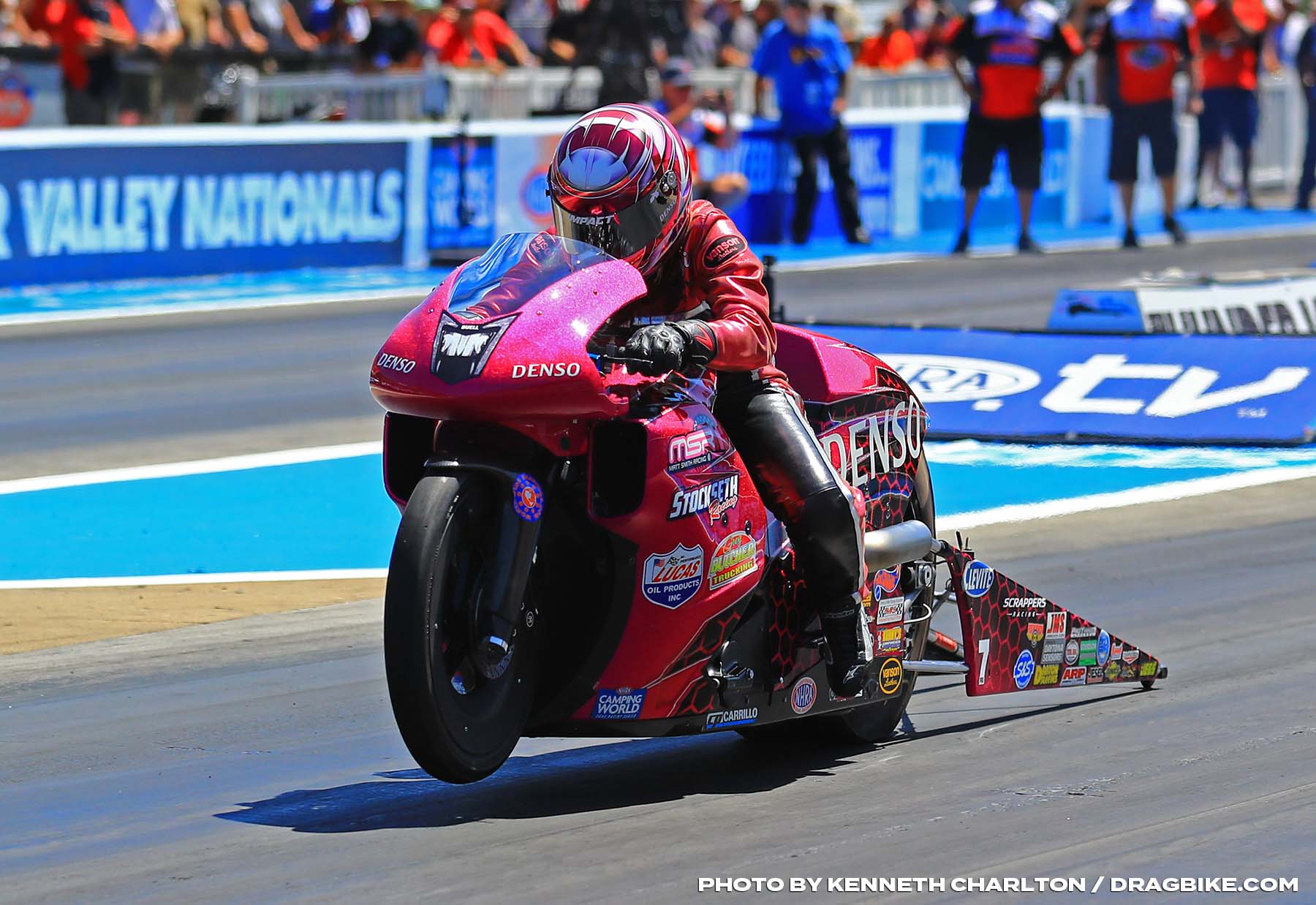 She has raced well during the Countdown to the Championship, advancing to the final round in Reading to open the postseason on her Denso Auto Parts Buell. She’s also been consistent and avoided an early loss in St. Louis, putting Smith in position to try and win a championship as she aims for her first win of the season this weekend in Dallas.

“All the races in the Countdown in this class are tough, so you have to put your best foot forward,” Smith said. “You can have some bumps in the road during the regular season and then be flawless in the Countdown and come out well. Having momentum is important and it’s all about just making good runs down the track. I feel more prepared, and I have a good motorcycle that’s making consistent runs. It’s all about putting your head down and trying to focus on the big prize.”

Riding what she believes is the best bike she’s ever been on has certainly helped, but Smith also admits she’s better prepared to handle those mental challenges at the biggest races of the season. That’s been evident, as she has advanced to a pair of final rounds this season, also qualifying No. 1 in Virginia. But grinding out wins in the Countdown to the Championship isn’t easy, as Smith will also have to deal with the likes of Eddie Krawiec, Jerry Savoie, Steve Johnson, and Angelle Sampey in Dallas. Still, Smith is driven when it comes to chasing the perfection that is needed during the postseason and she’s ready to tackle the challenge this weekend. 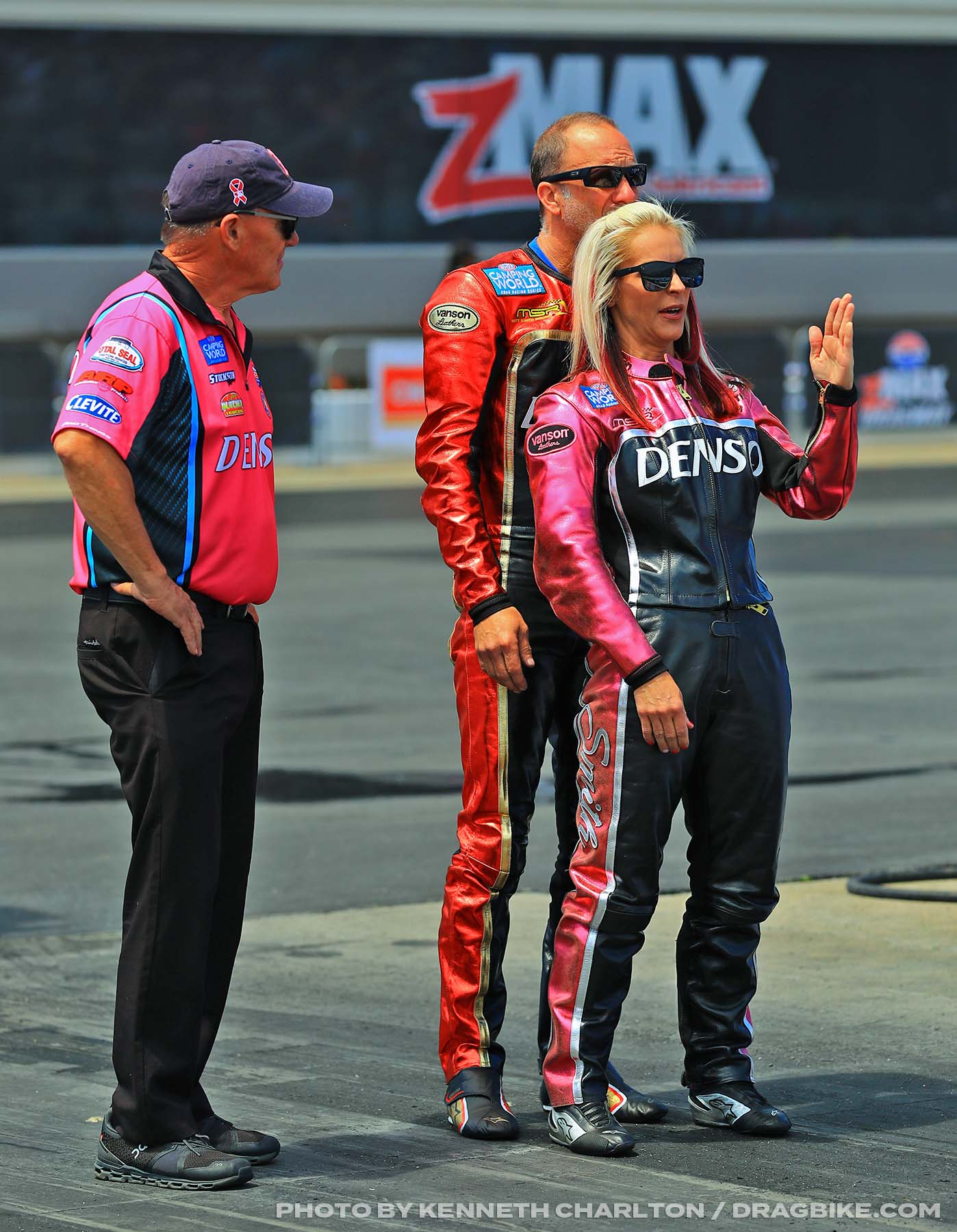 “One hundred percent, this is the best bike and the best year I’ve ever had, and I’ve learned a lot,” Smith said. “But drag racing is a humbling sport and that’s why every lap counts. You have to put your best foot forward and make the best run possible, try to make it perfect and then you will have a shot. I feel confident going into this race that we’re going to keep making those good runs, but you have to be perfect in the Countdown and I have to be focused on what I’m doing.”

The Texas NHRA FallNationals also will feature thrilling competition in the NHRA Lucas Oil Drag Racing Series, which includes some of the sport’s top drivers, as well as the final race of the season in Constant Aviation Factory Stock Showdown and the FuelTech NHRA Pro Mod Drag Racing Series presented by D-Wagon. David Barton is the Constant Aviation Factory Stock Showdown points leader, while Kris Thorne leads the way in Pro Mod as both look to capture a world title in Dallas. The weekend will also include action in Top Fuel Harley, as well as the Jr. Dragster Shootout. Fans can also attend Nitro School the on Saturday in Scott Palmer’s pits to learn more about how the cars operate and reach their thrilling speeds.

As always, fans also get an exclusive pit pass to the most powerful and sensory-filled motorsports attraction on the planet in Dallas. This unique opportunity gives fans a unique chance to see teams in action and service their hot rods between rounds, get autographs from their favorite NHRA drivers, and more. Fans can also visit NHRA’s popular Nitro Alley and Manufacturers Midway, where sponsors and race vendors create an exciting atmosphere that includes interactive displays, simulated competitions, merchandise, food, and fun for the entire family. The new Pep Boys midway display includes tire change challenges, oil change challenges, a slot car track, and much more, adding even more excitement to the midway.

To purchase tickets to the Texas NHRA FallNationals at Texas Motorplex, call 800-668-6775 or visit tickets.texasmotorplex.com. For more information about NHRA, visit www.nhra.com.