With great sadness, NHRA reported today that Mark Lyle, NHRA’S Chief Starter, passed away unexpectedly this past Sunday. On behalf of NHRA and the entire drag racing community, we offer our condolences to all of Lyle’s family and friends. 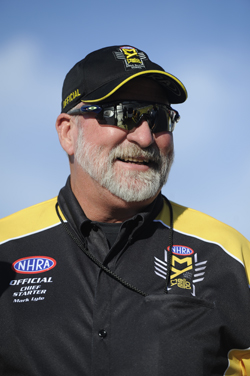