In what has already been a banner season for Pro Stock Motorcycle points leader Eddie Krawiec, the three-time world champion simply hopes to maintain the status quo for the next nine races.

He has advanced to at least the semifinals of the first seven races of the Pro Stock Motorcycle season, winning three times on his Screamin’ Eagle Vance & Hines Harley-Davidson, delivering a number of standout performances he hopes to replicate during the NHRA Mello Yello Countdown to the Championship.

But this weekend’s 29th annual Toyota NHRA Sonoma Nationals at Sonoma Raceway also serves as an important race for Krawiec, who is not only the defending event winner of the race and the NHRA Pro Bike Battle all-star bonus event that takes place during the event, but also a big fan of the tremendous reception the Pro Stock Motorcycle racers receive in Sonoma. 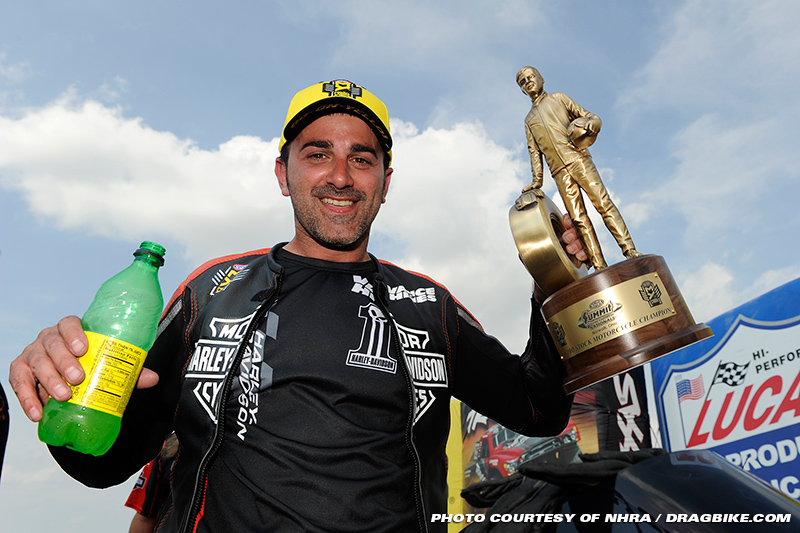 “For some reason the fans in Sonoma are huge motorcycle enthusiasts,” Krawiec said. “It’s definitely in the top three when it comes to fan participation with motorcycle people. It gives us a good vibe and that’s really cool. Sonoma loves and supports the bikes 100 percent and when you go to Sonoma, you know you’re going to a facility that loves watching you race. It’s definitely great.”

He advanced to the finals of the first three events, winning in Gainesville and Atlanta, also posting a win in Norwalk. Krawiec’s chance to repeat his run a year ago of winning in Denver, Sonoma and taking the Pro Bike Battle ended when teammate Andrew Hines topped him last weekend in Denver, but there is still plenty on the line this weekend.

He has the top spot in the Pro Bike Battle, which features eight competitors and will be contested on Saturday. Plus, Krawiec is shooting for his third straight Sonoma victory and fourth overall at a track he has long enjoyed.

“When you go to Sonoma, it’s such a nice, peaceful, laid-back area,” Krawiec said. “It’s really a unique place. Denver and Sonoma are to of my favorite tracks we go to every year, and it’s pretty cool to get to race there during back-to-back weeks.” 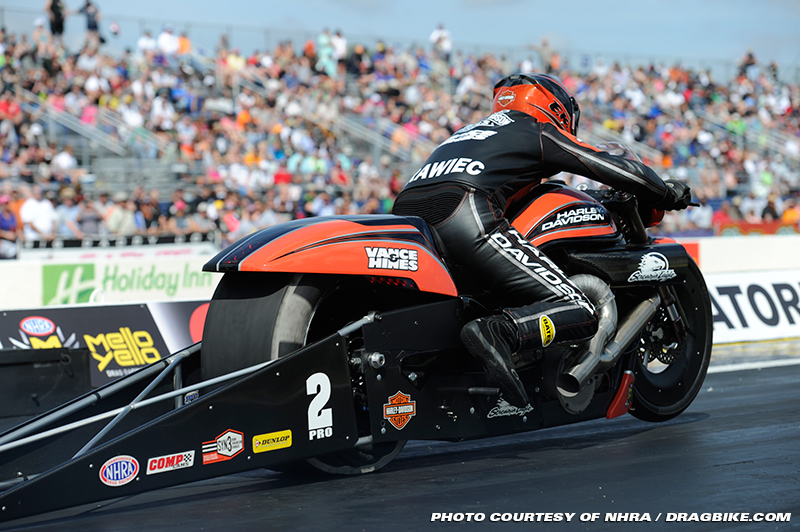 Krawiec, though, also has one eye on the upcoming Countdown to the Championship. Only two events follow Sonoma before the six-race playoffs begin and Krawiec wants to be at his best. Of course, he is already performing at a high level with the points lead and the standout performances, but maintaining that strong start over the course of a full year will be a challenge. The improvements needed might not be massive, but Krawiec also knows that he doesn’t want to stand pat, especially with teammate Hines winning the past two races.

“For me, the goal is to go to the Countdown in the top three or four,” Krawiec said. “I think I’ve got a good shot to go in one or two, and that helps set the pace going into the Countdown. We’ve had good momentum all year and it’s hard to keep that rolling for an entire year, but we’re going to try to keep it going. What is happening now is what I need to keep happening this weekend and then through the Countdown.”

Krawiec’s last world championship came in 2012, and he has watched Hines win it the past two years. But facing off with his teammate won’t be his only challenge the rest of the year, or this weekend in Sonoma.

The Pro Stock Motorcycle class is as deep and talented as it has ever been, and Krawiec will also have to deal with the likes of three-time world champion Angelle Sampey, who won earlier this season in Englishtown, Jerry Savoie, two-time world champion Matt Smith, Hector Arana Sr., Chip Ellis, LE Tonglet, Steve Johnson and Michael Ray. But Krawiec insists the focus is going to remain on his own performance and he is not letting any outside distractions get the best of him.