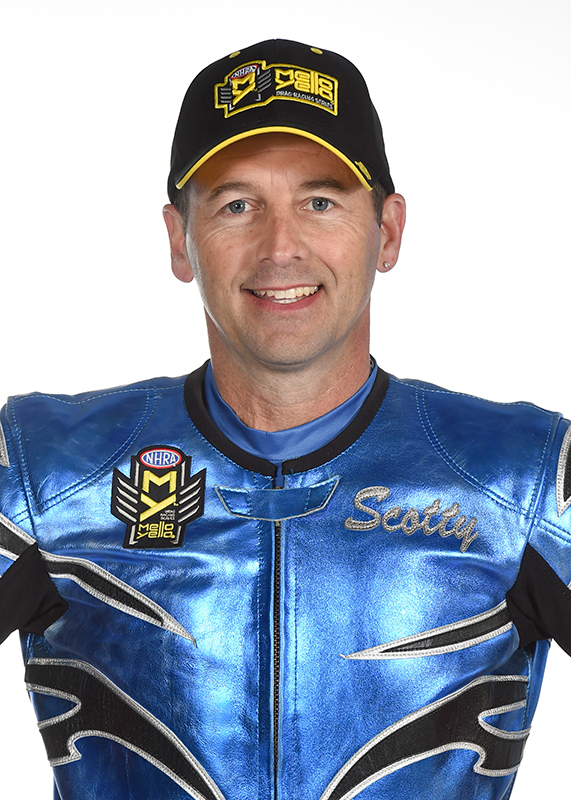 Making his 101st career start this weekend, Pollacheck heads to Chicago on the heels of a final quad appearance at the four-wide race in Charlotte and a runner-up at the most recent Pro Stock Motorcycle race in Atlanta on his Suzuki Extended Protection bike. It puts Pollacheck third in points in the talent-rich class and also in a strong position to claim his first career win this weekend.

“We haven’t quite got lucky enough to get over that hump, but at least we’re there,” Pollacheck said. “I think we’re really consistent right now, and we’re right up there with the faster people holding our own. It feels like we’ve got a shot at it every time we race. We’re making good passes and progressing, winning some rounds and just kind of keeping everything together.

Joining forces with Jim and Greg Underdahl, as well as Gary Stoffer, was beneficial to close out last season as Pollacheck posted his first career No. 1 qualifier, adding four semifinal appearances in the Mello Yello Countdown to the Championship to finish a career-best fourth in points. Everything has stayed on course for Pollacheck and his team, allowing the longtime rider to settle into a rhythm quickly in 2018.

“We’ve kind of started out where we left off last year and kept in the same groove,” said Pollacheck, who has six career final round appearances. Last year, it was a brand new program for Greg and us, but everything came together really well. We struggled a little bit at the beginning of the year (in 2017), but we kept getting better and now we’re right there. This winter, we had a lot of information and knowledge and things to work on, so we could focus on the little things.”

The carry-over has been impressive and Pollacheck will look to keep that momentum going in Chicago against a loaded field that includes Eddie Krawiec, the current points leader who has two wins in 2018, Charlotte winner Jerry Savoie, Andrew Hines, a five-time world champion, Hector Arana Sr. and three-time world champion Angelle Sampey. But the pressure of grabbing that elusive first win hasn’t bothered Pollacheck. His calm approach has led to a successful career and he’s confident it will lead to a victory in the near future, and possibly as soon as this weekend. 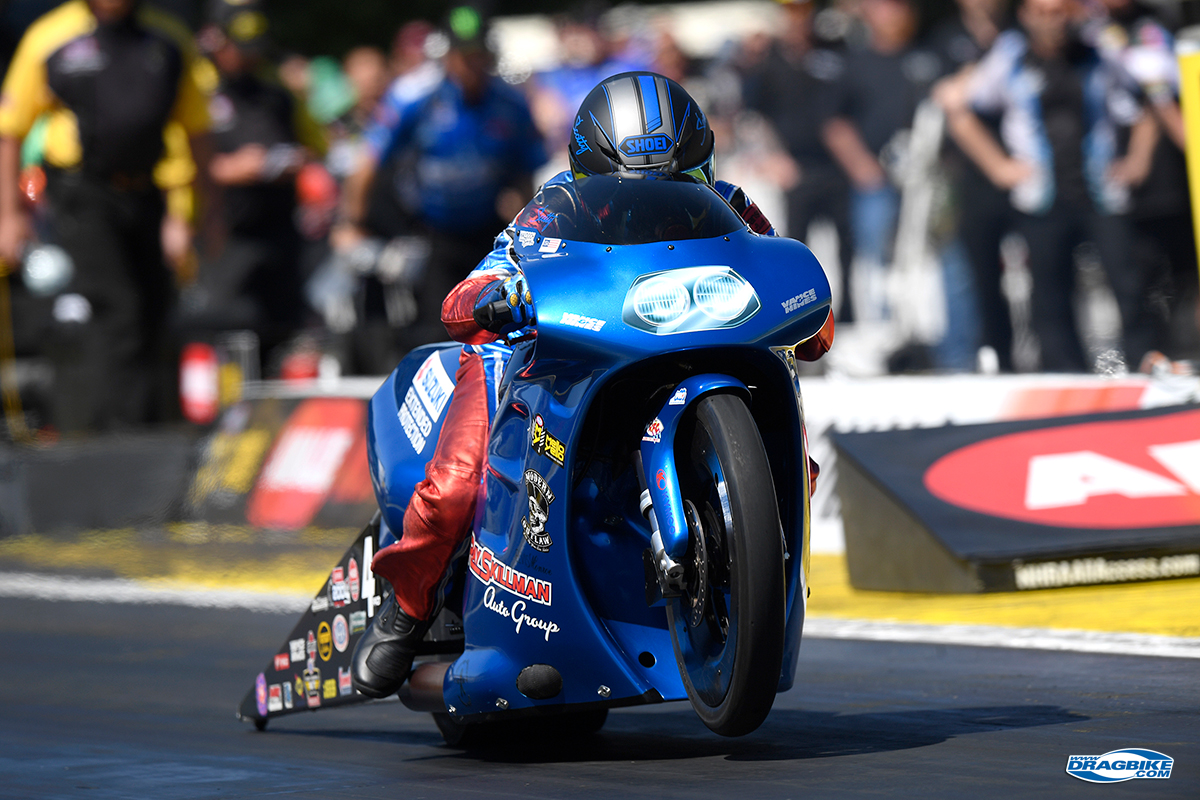 “I think you have to not let it overwhelm you,” Pollacheck said. “You have to look at it as every run is just one run. It doesn’t matter if it’s the first day in qualifying or Sunday in the final round. You can’t let everything else get in your way. You just have to go up there and make one good lap at a time, and try to keep doing that. We’re just fine-tuning things now and that makes it easier for me to ride and gives me more confidence when I’m riding.”

Mello Yello Drag Racing Series qualifying will feature two rounds at 5:15 and 7:45 p.m. on Friday, June 1 and the final two rounds of qualifying on Saturday, June 2, at 3:15 and 6 p.m. Final eliminations are scheduled for 11 a.m. on Sunday, June 3.