Defending Pro Stock Motorcycle Champion Jerry Savoie emerged victorious with a 6.918 at 192.85 to defeat Hector Arana Jr’s pass of 6.862 at 195.62. Savoie notched his seventh career victory and first of the season.

“I’ve had some struggles earlier in the season, but each win is special because you never know which one will be your last,” Savoie said. “This track has been good to me in the past and we were able to take this one home today and I’m extremely thankful for that.” 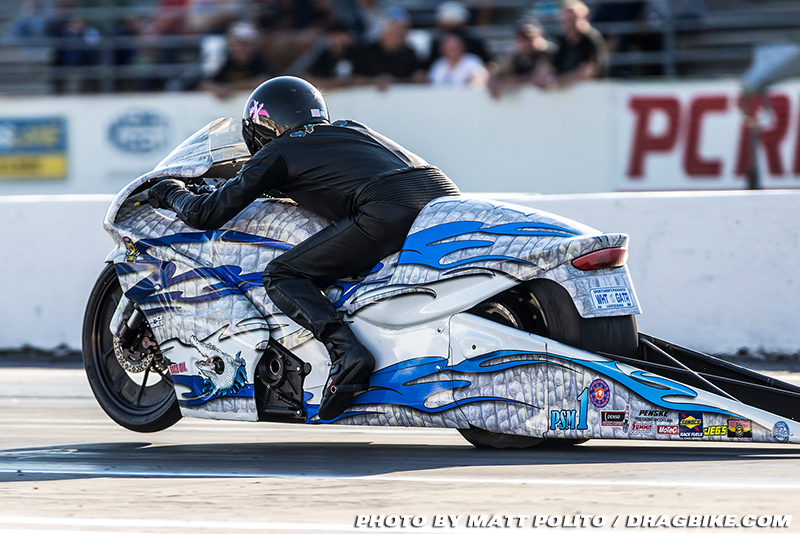 With his first victory of the season, Savoie now sits third in the Pro Stock Motorcycle standings, becoming the third winner in four events in the category. Arana Jr. is sixth in the standings following his best finish of the season. 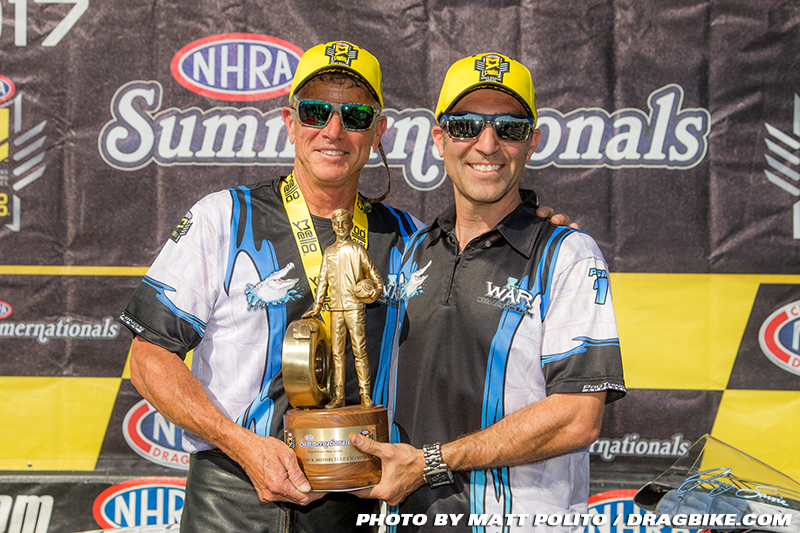 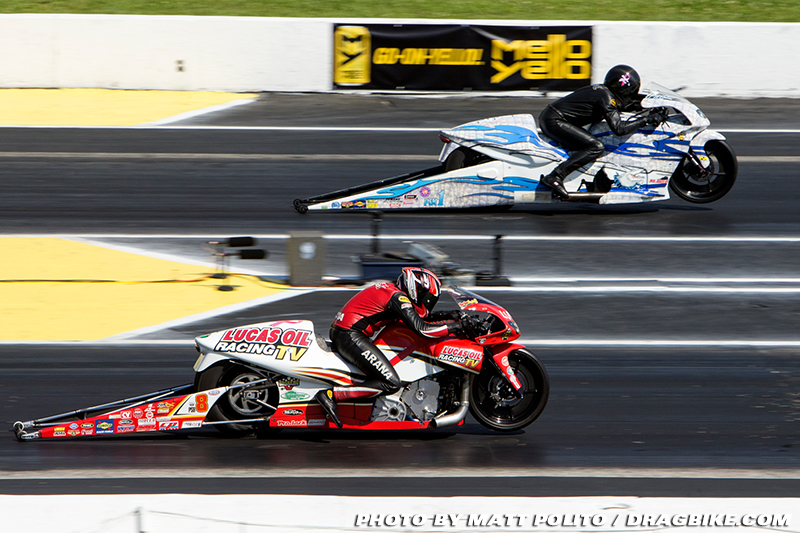 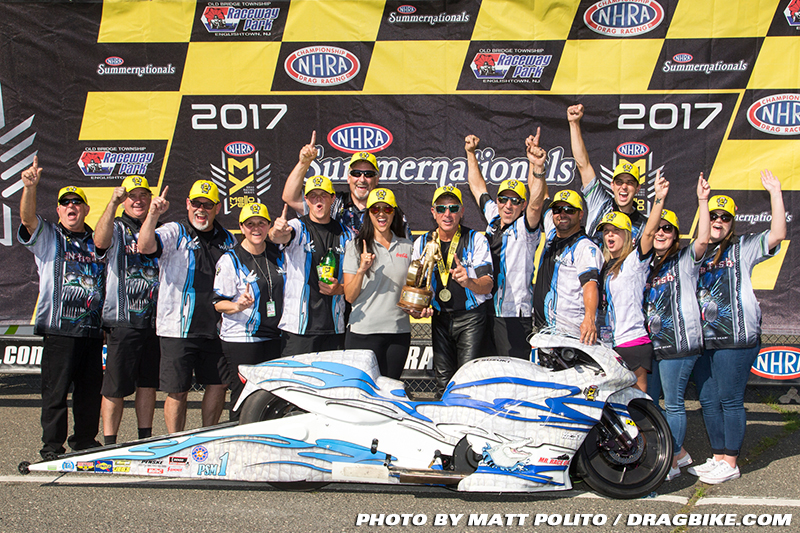 LE Tonglet finished atop the Pro Stock Motorcycle category with a 6.800 at 195.62 in his Nitro Fish Racing Suzuki during his second pass of Friday’s qualifying. Tonglet earned his fourth career No. 1 qualifier and notched his first in the past six seasons. He will take on Kelly Clontz in eliminations.

“It’s been six years since I’ve had a No. 1 qualifier, but we are really excited about this and are going to enjoy it today,” Tonglet said. “Hopefully we get four sets of yellow win lights tomorrow, that is all we are hoping for.” 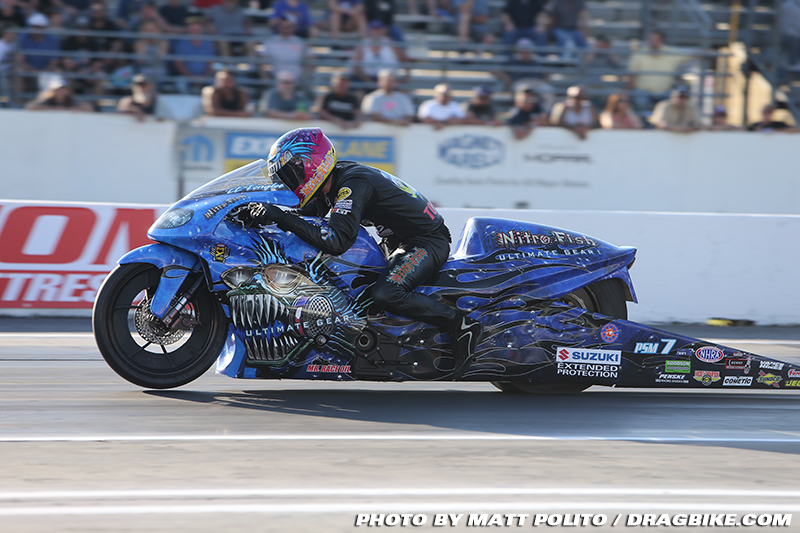 The Arana family once again rounded out the top-three of the Pro Stock Motorcycle qualifying order, with Hector Arana Jr. coming in second with a 6.810 at 196.36, while his father Hector Arana had a 6.823 at 196.67 to qualify third, with both top qualifying runs coming from Friday’s qualifying. 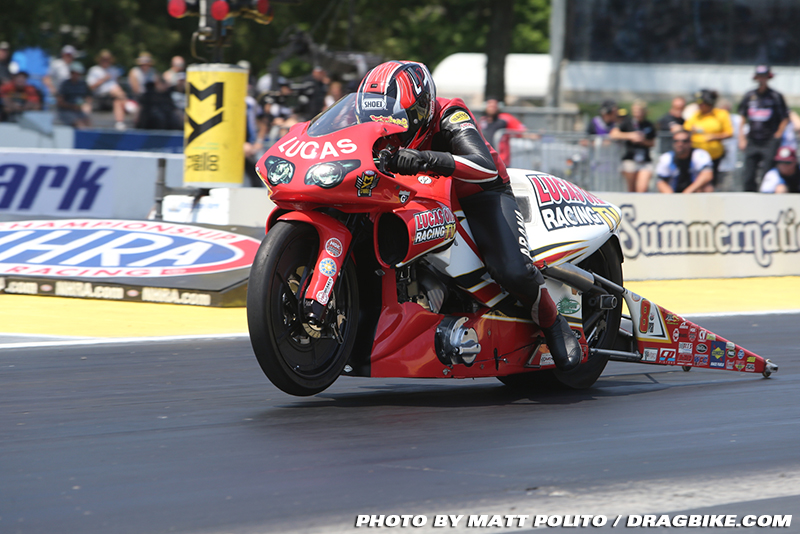 LE Tonglet finished atop the Pro Stock Motorcycle qualifying order with a 6.800 at 195.62 in his Nitro Fish Racing Suzuki during his second pass of the day. Tonglet is aiming for his fourth career No. 1 qualifier and his first of the season.

“The success comes from my racing team, and to be able to be a part of a championship race team means a lot to me,” Tonglet said. “It’s been awhile since we have qualified No. 1 so we are going to do whatever we can to make sure we stay in that spot tomorrow.” 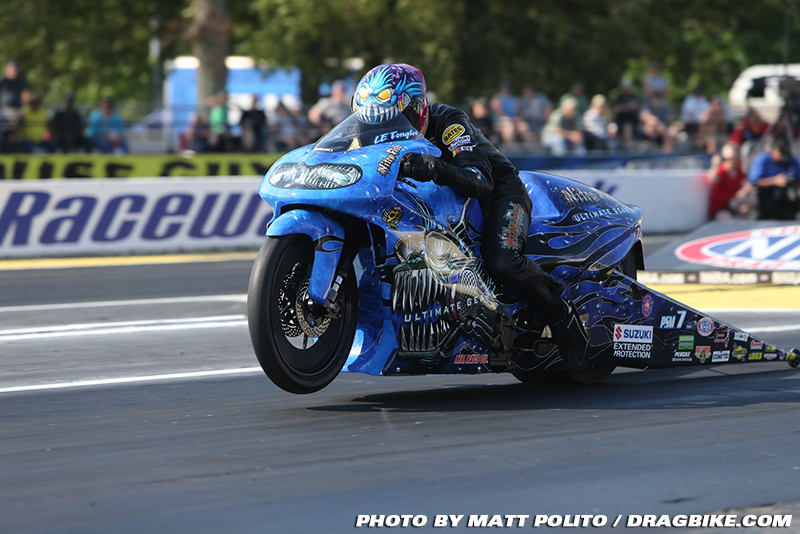 Qualifying at the NHRA Summernationals continues at 1:45 and 4:15 p.m. on Saturday at Old Bridge Township Raceway Park.