Matt Smith finished off a dominant weekend with his first win of the season on his Denso/Stockseth/MSR EBR, going 6.843 at 196.99 to beat defending world champ Andrew Hines in the final round. It also gives Smith, who was the No. 1 qualifier, his 25th career victory, continuing a stretch that also saw him win the Mickey Thompson Pro Bike Battle at the most recent race. He knocked off Kelly Clontz, John Hall and Scotty Pollacheck to reach the final round before his wire-to-wire win against Hines. Smith moved into the points lead with his first win at Gainesville, celebrating a special weekend that also saw his dad, Rickie, win in Pro Mod.

“I’ve tried since 2006 to win this race and I’ve never been able to do it,” said Smith, a three-time world champ. “I’ve watched my dad do it a couple times and it means a lot to win it. I’ve always wanted to win Gainesville and leave with the points lead, and I was able to do it. Right now, I think Team MSR has the best team out here and we have the power to win this thing. We’ve just to keep everything together, but we have the power to win races and win a championship.”

Hines reached his 98th final round with victories against Hector Arana Jr., and teammates Eddie Krawiec and Angelle Sampey. 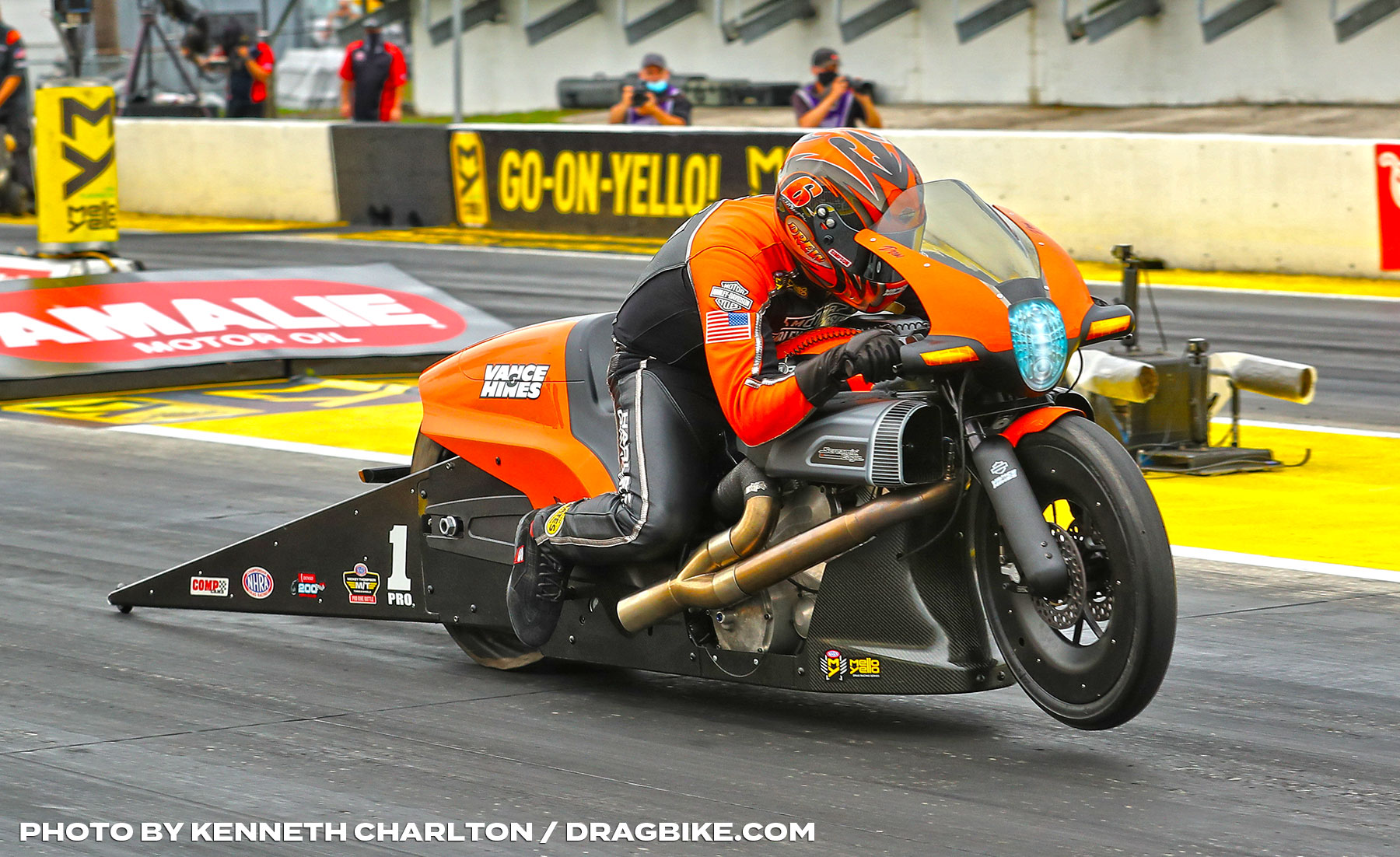 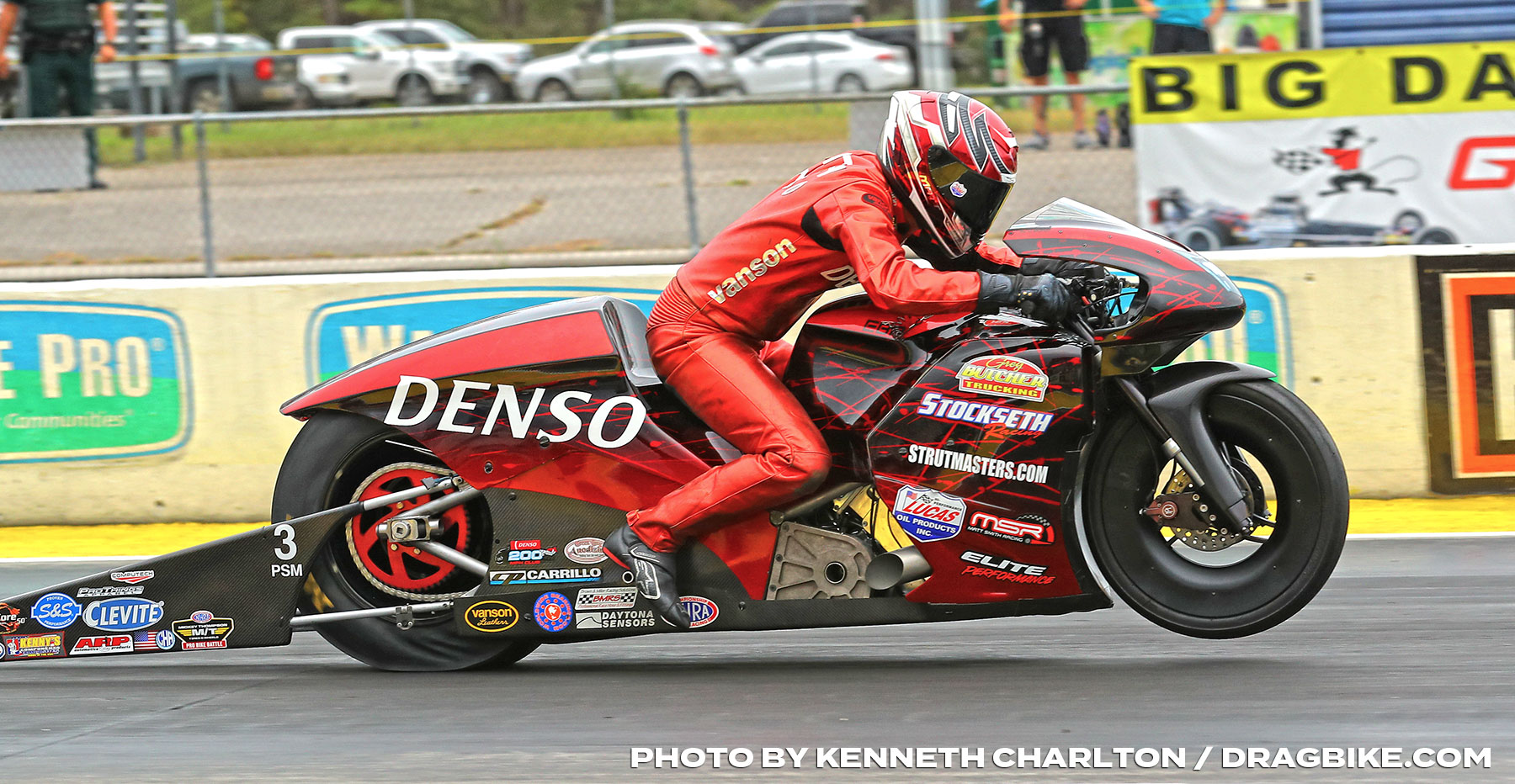 Matt Smith was impressive on Saturday, making the quickest run during both qualifying sessions, including a 6.814 at 198.96 on his DENSO Auto Parts/Stockseth Racing EBR during the final qualifier. It gives Smith, a three-time world champion, his second No. 1 qualifier in 2020 and 40th in his standout career. He will face off with Kelly Clontz to open eliminations as Smith seeks his first victory of the year. Angelle Sampey, who has a win this season, qualified second with a 6.858 at 197.08 and Eddie Krawiec’s 6.862 at 198.35 puts him third. Points leader Scotty Pollacheck is a spot behind after going 6.872 at 196.62.