The NHRA Harley-Davidson Drag Racing Series was also in action this weekend and finished up their eliminations before the weather hit with former series champion Tommy Grimes taking the win in Top Fuel Harley and Dennis Fisher winning in Pro Fuel Harley. Grimes, Pfafftown, N.C., clocked in at 6.411, 224.17 in outrunning Joey Sternotti, Naples, Fla., coming in at 6.838, 199.20 on his ’12 Harley.

Golson, went 10.365 on his ’06 VRod to beat William Rowe and Schwalbach won over Larry Fore, who was looking to double up on wins this weekend.

The semifinals and final rounds for the division’s Sunset Performance Top Sportsman and KPE Top Dragster classes will be completed at a South Central Division race later this year while other classes are back at Tulsa Raceway today in hopes of completing eliminations. 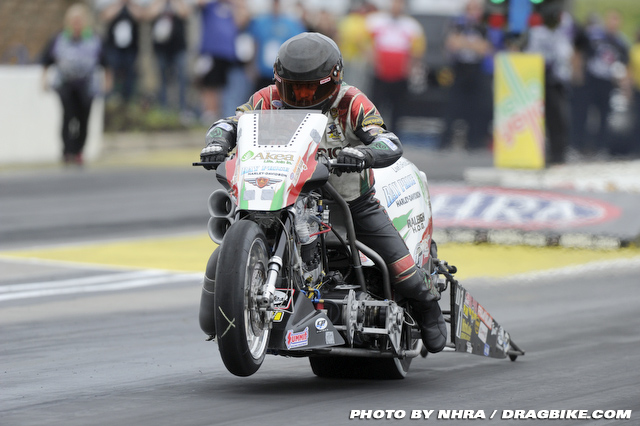