HomeNews / Race ResultsNHRA: How fast can Ryan Oehler get to the top of Pro...

NHRA: How fast can Ryan Oehler get to the top of Pro Stock Motorcycle?

How fast can Ryan Oehler get to the top of Pro Stock Motorcycle?

Oehler will arrive in Gainesville aiming for his first win, a 200-mph run, and his first championship.

Ryan Oehler never stops moving, the tiger shark of both Pro Stock Motorcycle racing and suburban Illinois heating and cooling. He can’t afford to; such is the competitive nature of the two industries that make him a (relatively) known quantity in both circles.

He also makes time for everyone. Oehler picks up the phone at the race track, the race shop (which doubles as the headquarters for AirTech, the family business) and wherever else he might be. Oehler will break in his EBR, which is powered by his family’s powerplants, in Bradenton in the coming weeks ahead of his third full-time season. 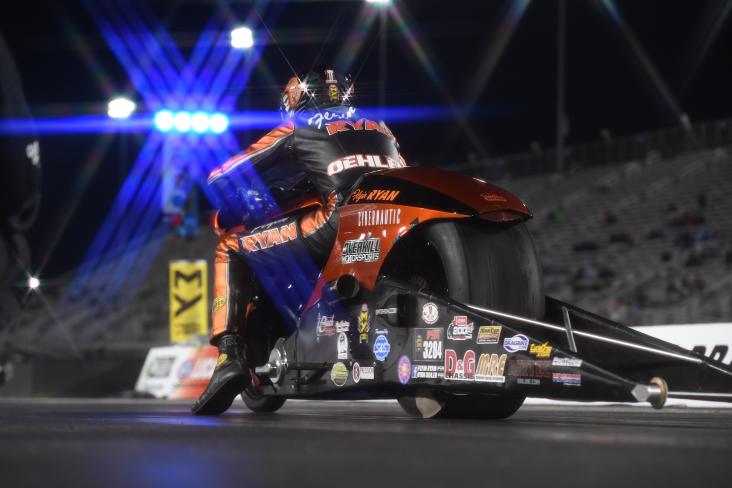 The Illinois racer takes everything seriously at a manic level that remains mysteriously likable. The long hours spent hunched over a dyno haven’t turned him into a sociopath as he hunts for horsepower, the relentless pursuit of a young man following the path his father, Brad, outlined in vapor trails. Brad remains “the engine guy” in the Bloomington, Illinois shop while Ryan rides and tunes his way up the Pro Stock Motorcycle food chain; that’s been the not-so-subtle secret to Oehler’s success early in his career.

He hopes that continues in 2020 when he heads to Gainesville for the 51st running of the Amalie Motor Oil NHRA Gatornationals in March [TICKETS]. Oehler reached the Countdown to the Championship for the first time in his career in 2019, a step forward for the upstart team that raced out of a small trailer under an awning against more experienced operations in the 16-event season.

Oehler reached one semifinal and ran a career-best 199.91-mph, a sign of potential more than anything. He wants his third season to be more than that. He purchased a new trailer, which he built out himself inside the family shop, consuming nearly 200 hours of work that Oehler wish had been spent working on engine performance or the ignition of his EBR.

“By the time you put a generator in one of these things and you do all the wiring in it and all that crap it takes a lot of time,” said Oehler. “I think it’s one of those things where I wish I could have just gotten a brand new trailer and just moved everything from our old one right into the new one, but that’s just not our situation.” 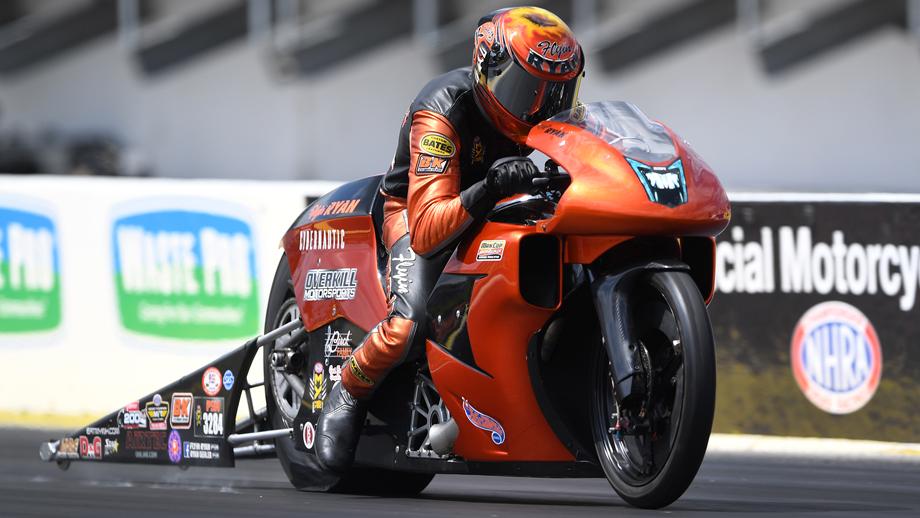 Time is the resource Oehler never seems to have enough of until he plants two wheels onto a drag strip. He got quicker as the season progressed, with his most significant improvement coming early on in runs. 60-foot times are a common bellwether for success and something the rider has struggled with early in his career. What he initially thought was a problem with clutch management turned into a battle with fuel curves.

“When we started running our best [60-foot times], we didn’t touch the clutch for 14 runs at a time,” said Oehler. “We were picking up every single time. It became a fuel curve situation, which I didn’t recognize at the time because it’s difficult to see on a graph because it’s just happening so quickly. That’s when we started working on our ignition.”

That moved Oehler along the long learning curve that is tuning a Pro Stock Motorcycle. He talked about using the massive rear Mickey Thompson tire to get off the starting line cleanly, learning where to line up his motorcycle and the challenges of showing up to tracks for the second time to race against teams with more experience than he has birthdays. 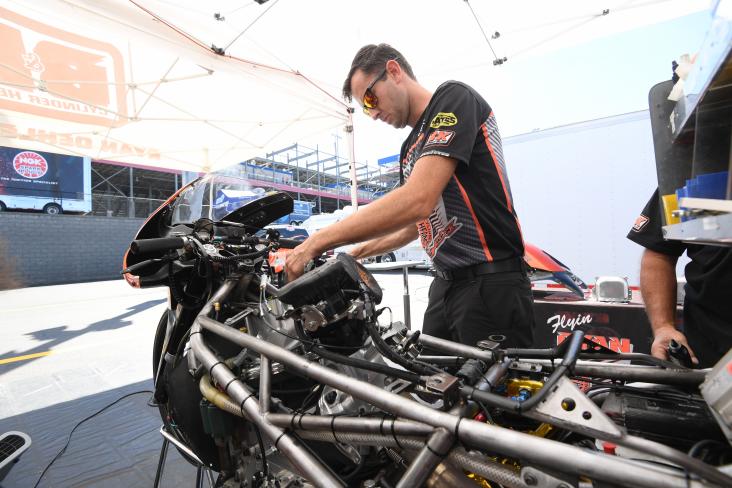 Oehler sees all these challenges as reasons to be excited about the 2020 season, which figures to be one of the most competitive in category history. Not only does Oehler figure to improve, but he will also go against the resurgent Karen Stoffer, a returning Scotty Pollacheck on a Matt Smith Racing EBR and the return of Joey Gladstone and Cory Reed. There are more top-10 riders than there are spots in the top 10.

That has not slowed Oehler’s ambition. He set his sights on a top-five position and knows he has the power, and motorcycle, capable of filling in the final spot of the Denso Spark Plugs 200-mph Club in Gainesville.

“It’s all about catching the right moment,” said Oehler. “We have the bike to do it – 100 percent. We know that. Now, it’s all about the environment. Who’s going to hit that moment where the environment is right first? You’ve just got to have all your ducks in a row.”

You can see Oehler, and the rest of the Pro Stock Motorcycle class, in action for the first time in Gainesville, March 12-15. www.nhra.com