In a day filled with upsets, Jianna Salinas caps off her rookie season with emotional Pro Stock Motorcycle win at the season-ending Auto Club NHRA Finals. 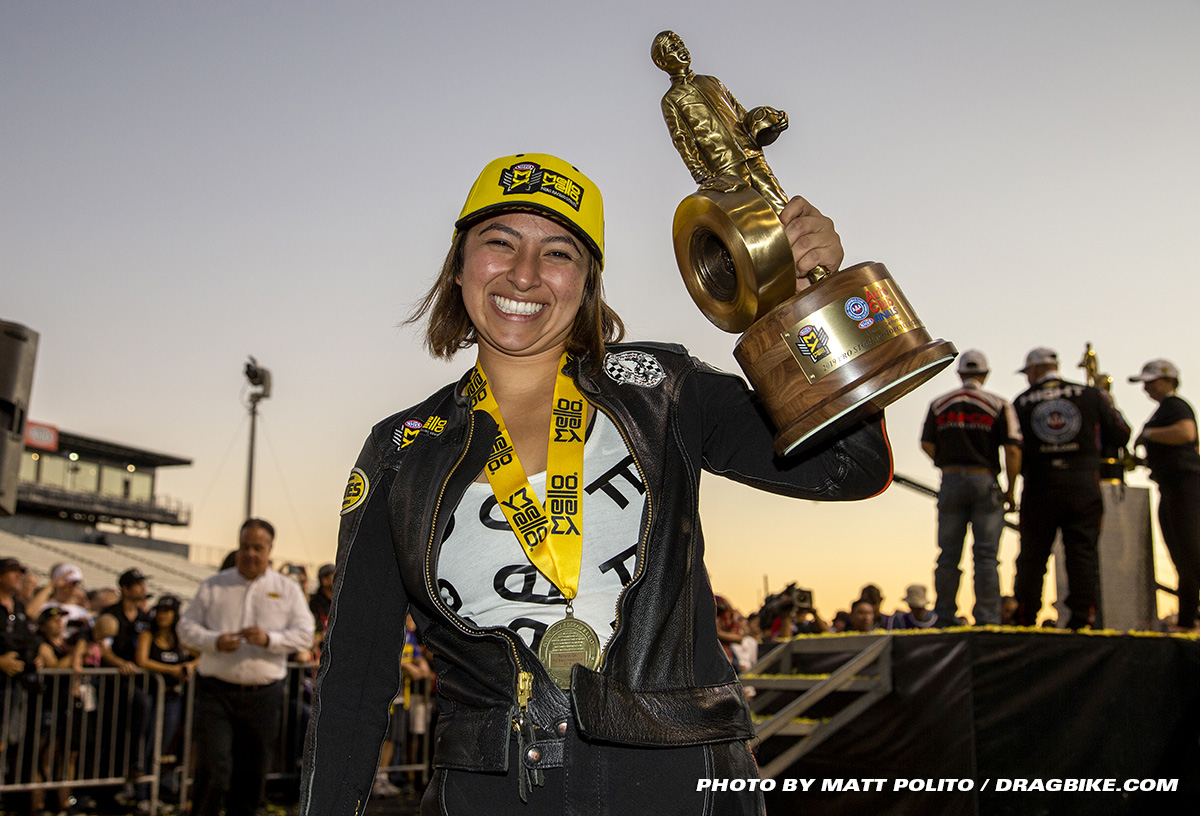 Jianna Salinas admits that she’s learned a lot during her rookie season in the Pro Stock Motorcycle class and on Sunday at the Auto Club NHRA Finals, she learned a thing or two about good old-fashioned racing luck. Salinas has made steady progress in her first-year riding with the Stoffer/Underdahl team and she finished the season with a final round win over Jerry Savoie. With the win, she joined her father, Mike, as an NHRA national event champion. 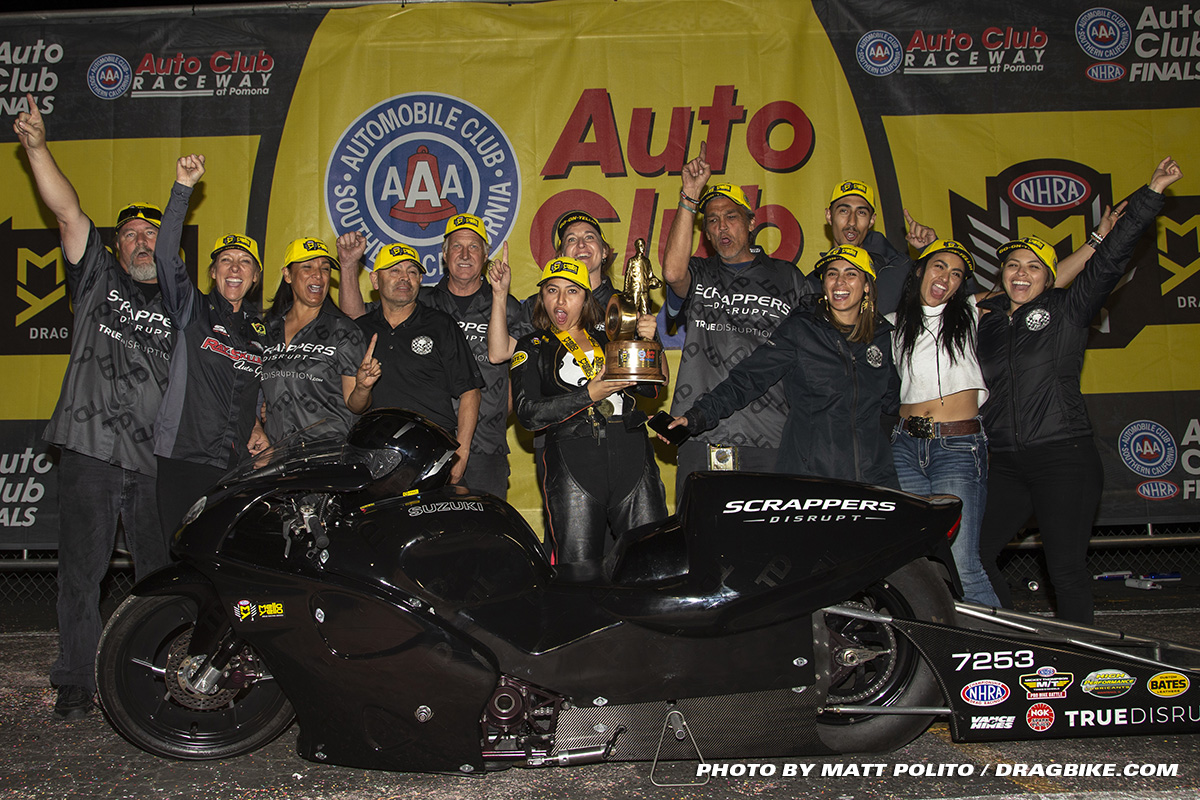 “On Saturday I was just fighting just to qualify, I never thought I would be able to pull this off,” Salinas said. “I came into [Sunday] saying, whatever happens, happens. Win or lose I get to end the season on a high note. To be here right now in this moment is not something I ever expected to happen this soon. It’s insane. Not a single run I made today was a spectacular run. The final round was probably one of the worst runs I’ve made all weekend but it got the job done. Sometimes consistency is all you need to win.” 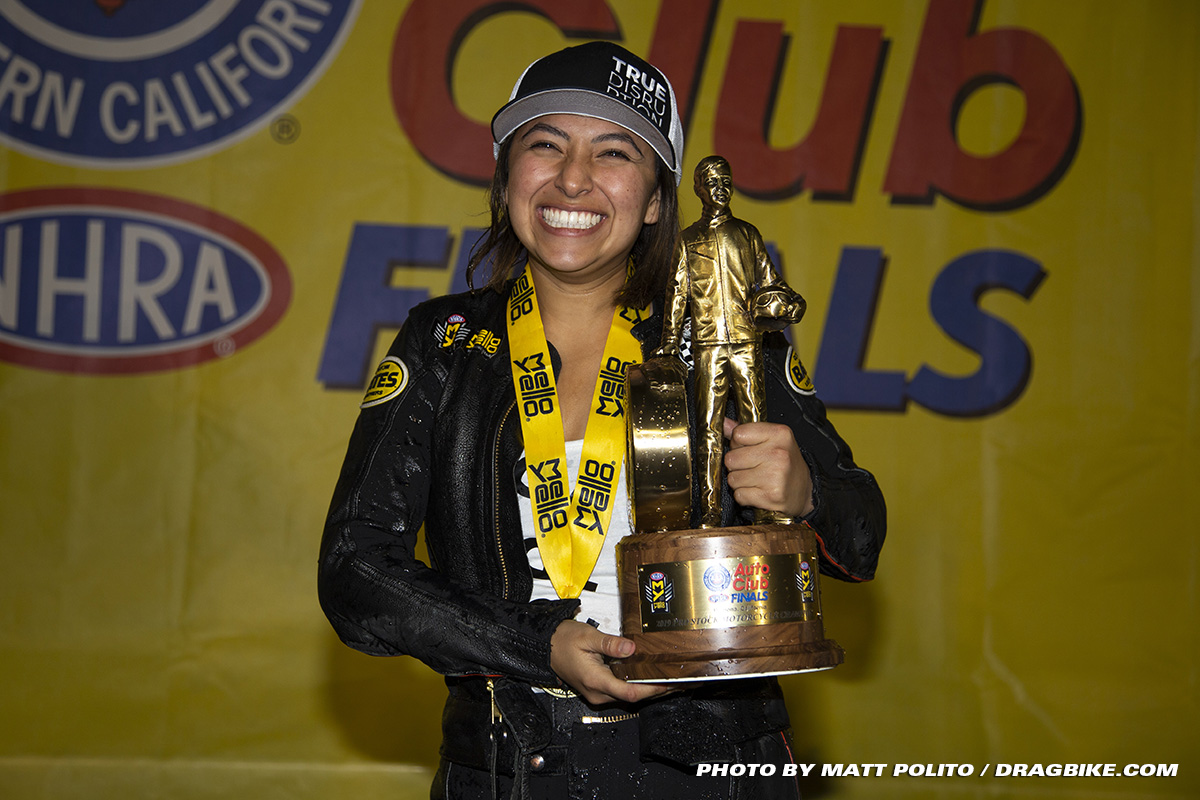 Salinas was the No. 13 qualifier in Pomona after a career-best 6.972 on her True Disruption Suzuki. She advanced past the first round for the third time this season after championship points leader Andrew Hines red-lighted on his Screamin’ Eagle Harley-Davidson FXDR. Salinas collected a second win after Steve Johnson’s Slick 50 Suzuki fell silent at half-track. That scene was repeated in the semifinals when championship contender Matt Smith broke the engine in his Denso EBR in the semifinals. Smith, who needed to win the race in order to win the championship, was comfortably ahead when his V-twin expired in a cloud of smoke. 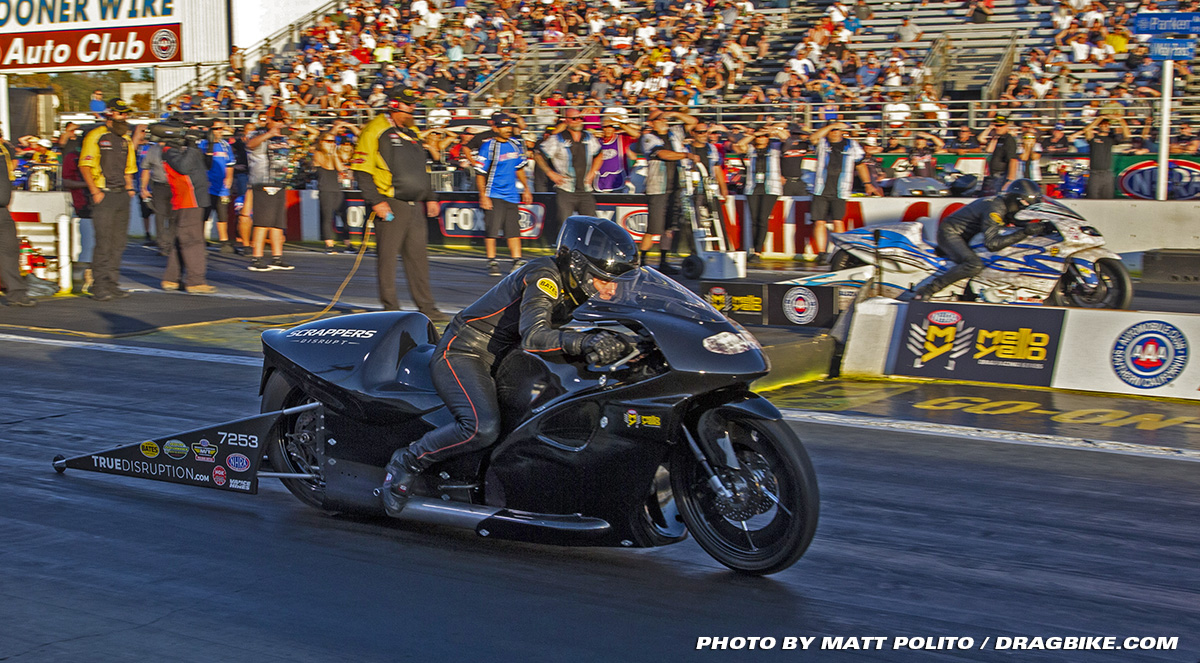 Advancing to her first final round, Salinas was paired with Savoie, who was also in contention for his second Mello Yello series championship. In another odd twist of fate, Savoie’s bike developed a severe engine miss as soon as it was fired. He was unable to perform a burnout and rolled into the stage beams in the hope that Salinas with red-light. She did not oblige and completed the unlikely victory with an early shut-off 7.64-second elapsed time. Savoie’s loss clinched the sixth championship for Hines. 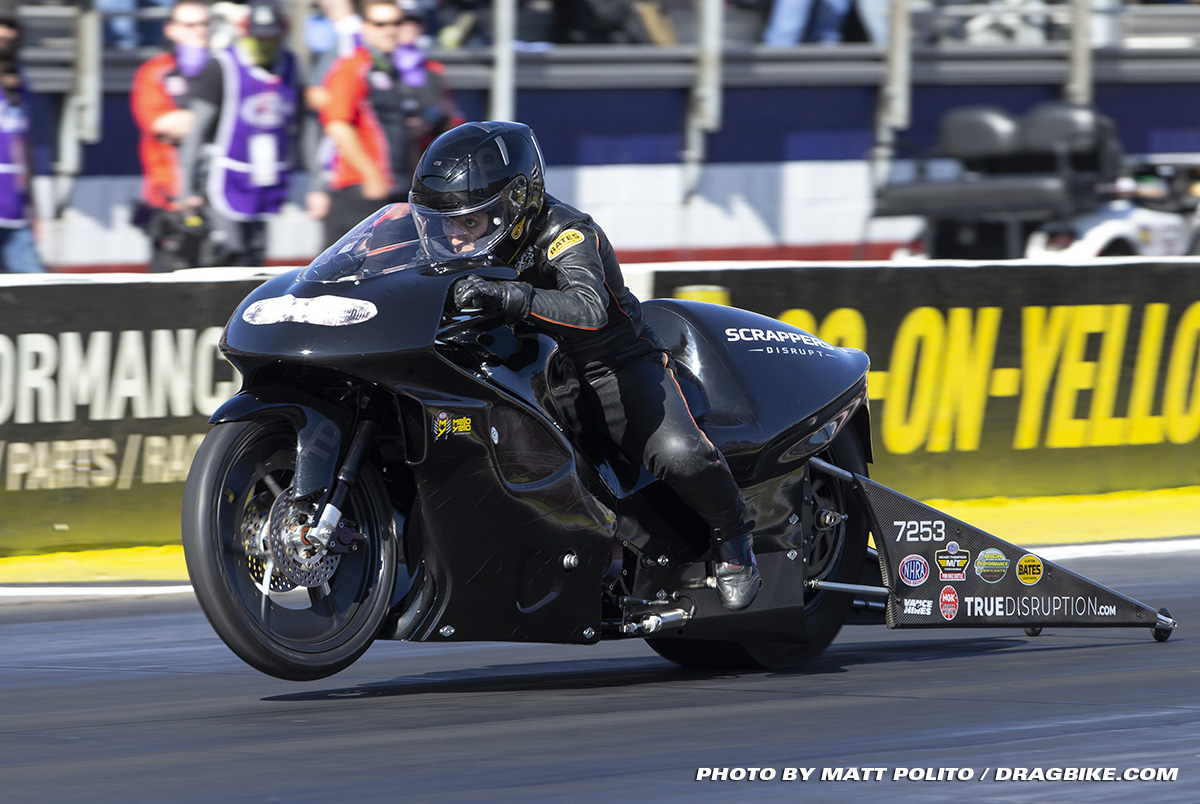 “I know I’m new at this but [Hines] an amazing racer but its race day and you can never go up against anyone and know the outcome in advance,” said Salinas. “Anything can happen and it happened.” 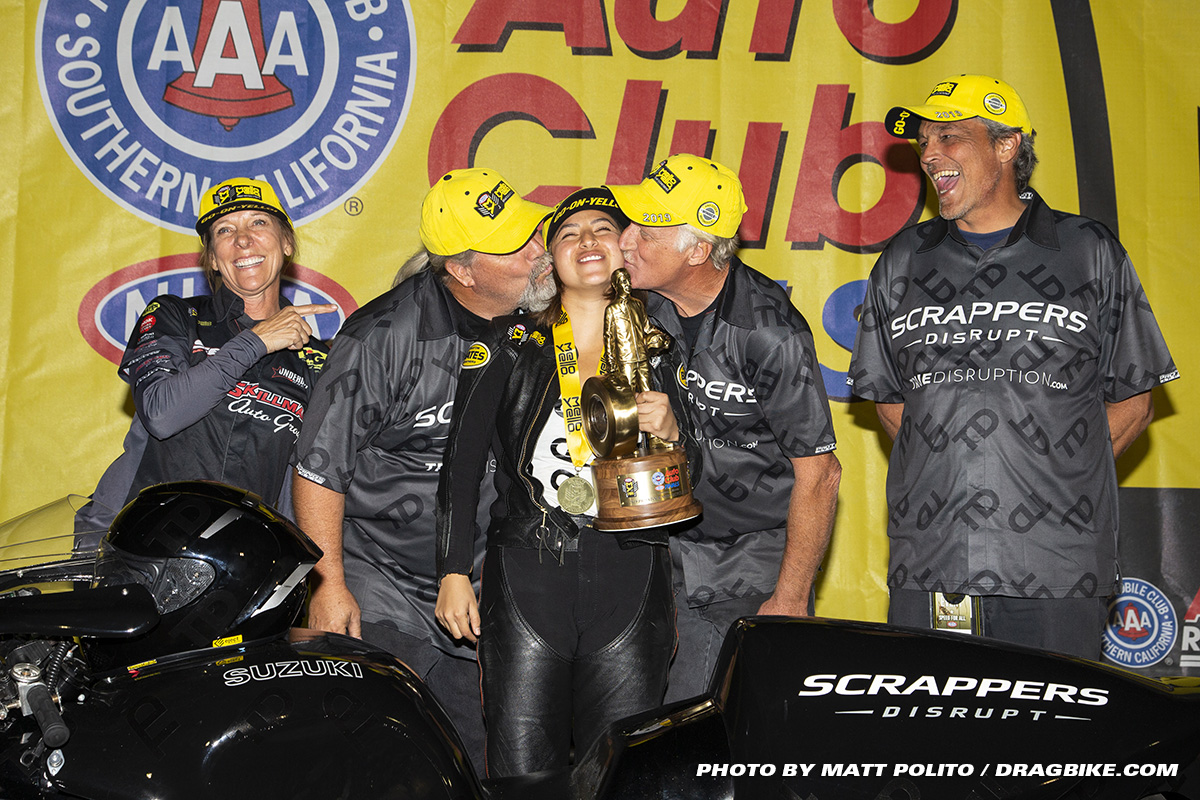 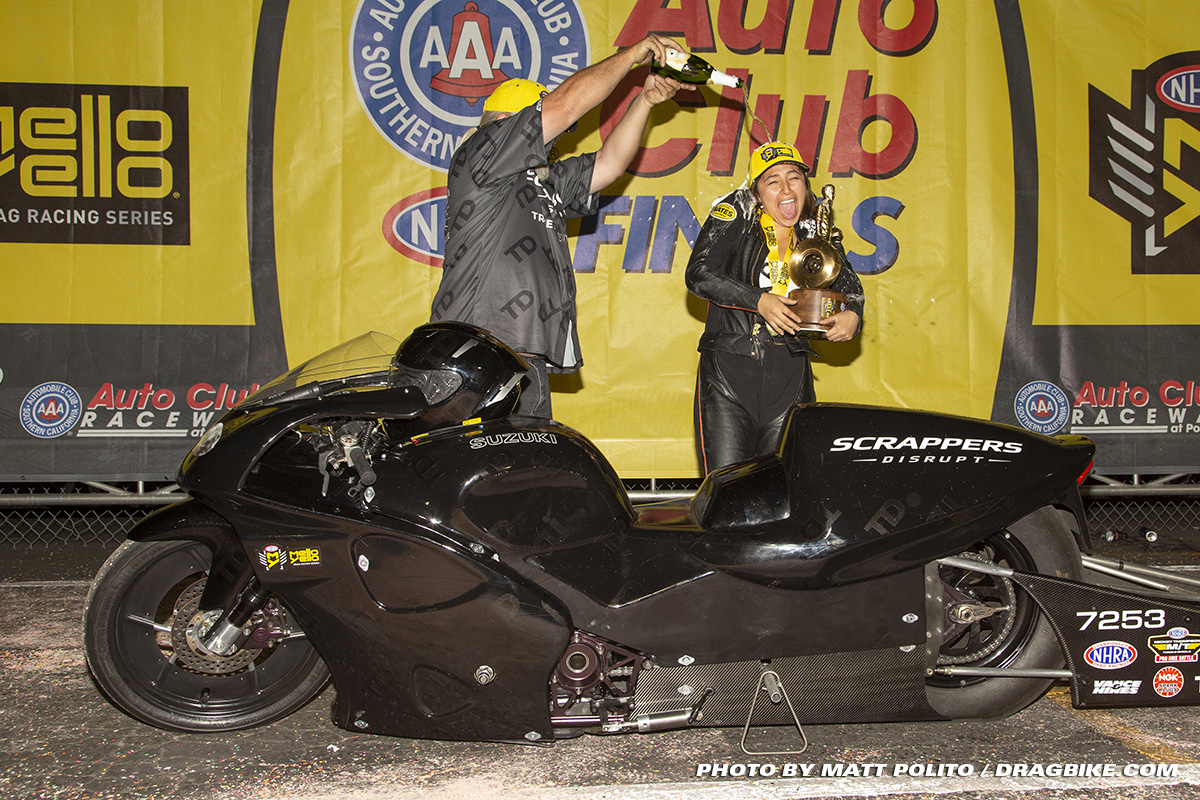 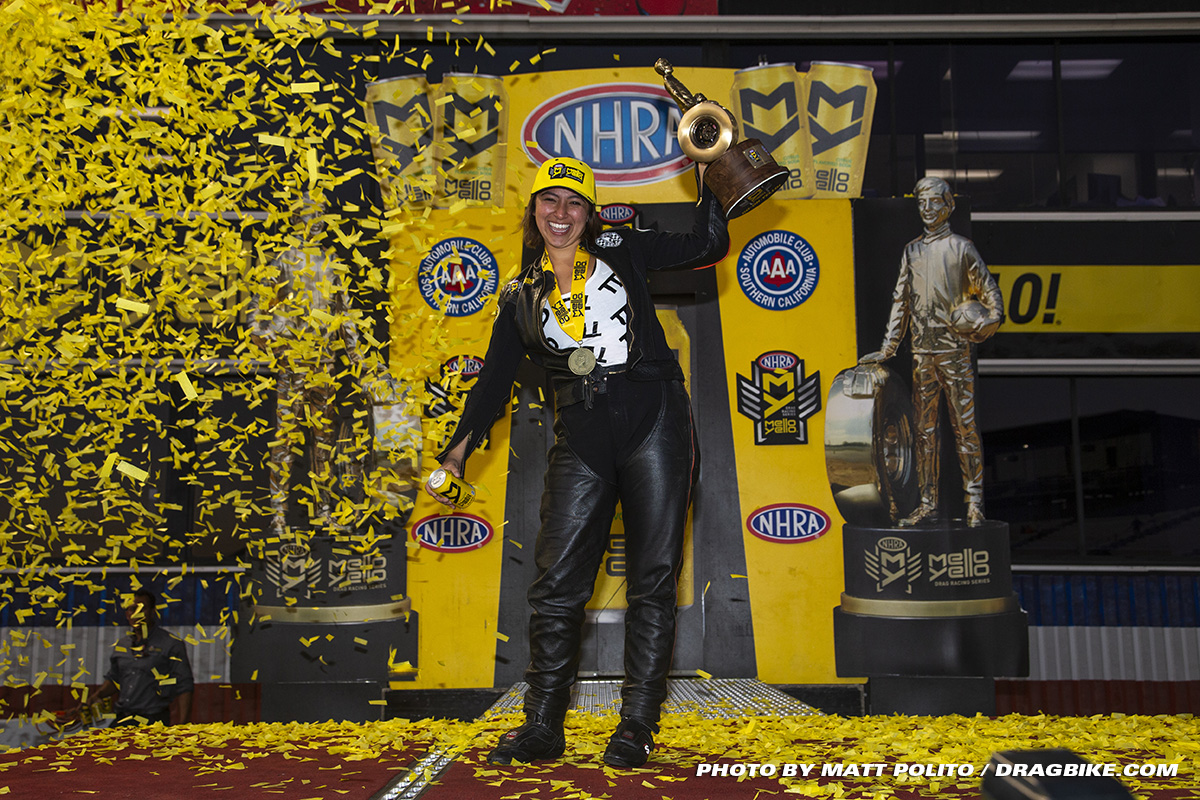 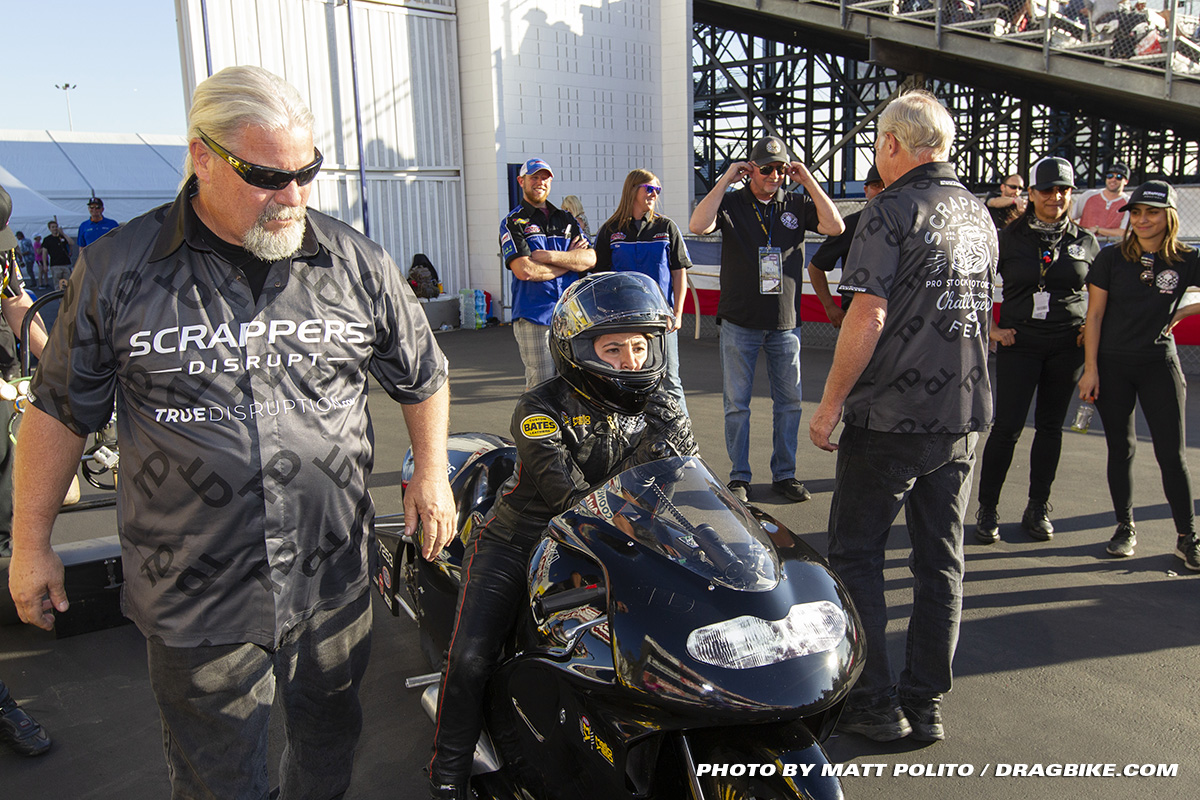