Racing with a new team in 2019, Karen Stoffer already accomplished one major goal this season qualifying for the Mello Yello Countdown to the Championship. But the Pro Stock Motorcycle veteran now wants something she hasn’t had since 2015 and that’s a victory. She’ll look to break that string at this weekend’s AAA Insurance NHRA Midwest Nationals at World Wide Technology Raceway after a strong showing to open the playoffs.

Stoffer advanced to the semifinals on her Stoffer Enterprises/Big St. Charles Suzuki at Maple Grove Raceway, which was the first of six playoff races. She fell to eventual winner, current points leader and White Alligator Racing teammate Jerry Savoie, but Stoffer moved up to fifth in points, just 46 points behind Savoie. What she hopes is next is her first career at St. Louis, which would make that title talk a little more serious.

“I feel like I’m in a good spot,” said Stoffer, who has eight career wins. “I wish Reading turned out a little different, but I’m happy we’ve got a fast bike so I’m excited about St. Louis. Every rider out there is tough, so just being in the top 10 is phenomenal. I’m going into this with the hopes and ambition to continue to improve every race and hopefully that turns on win lights. It’s been a while since I won a race, but I really feel optimistic with the bike and equipment we have.”

There’s been an adjustment for Stoffer and the team, but it’s gone well on nearly every front. Stoffer has praised the work of crew chief Tim Kulungian, who has adapted to her riding style to give her a bike capable of performing well. She advanced to the final round in Chicago earlier this year, but Stoffer admitted it took some time for everything to come together.

“Tim has found some good things for my style of riding,” Stoffer said. “There were some major differences and the bike reacts different, but I think he’s done a fantastic job. I’ve been pretty happy with how the season has gone. They’ve got great equipment and I’m proud to be part of the WAR team. We’re in a great spot in the Countdown and there’s still an opportunity to do something.” 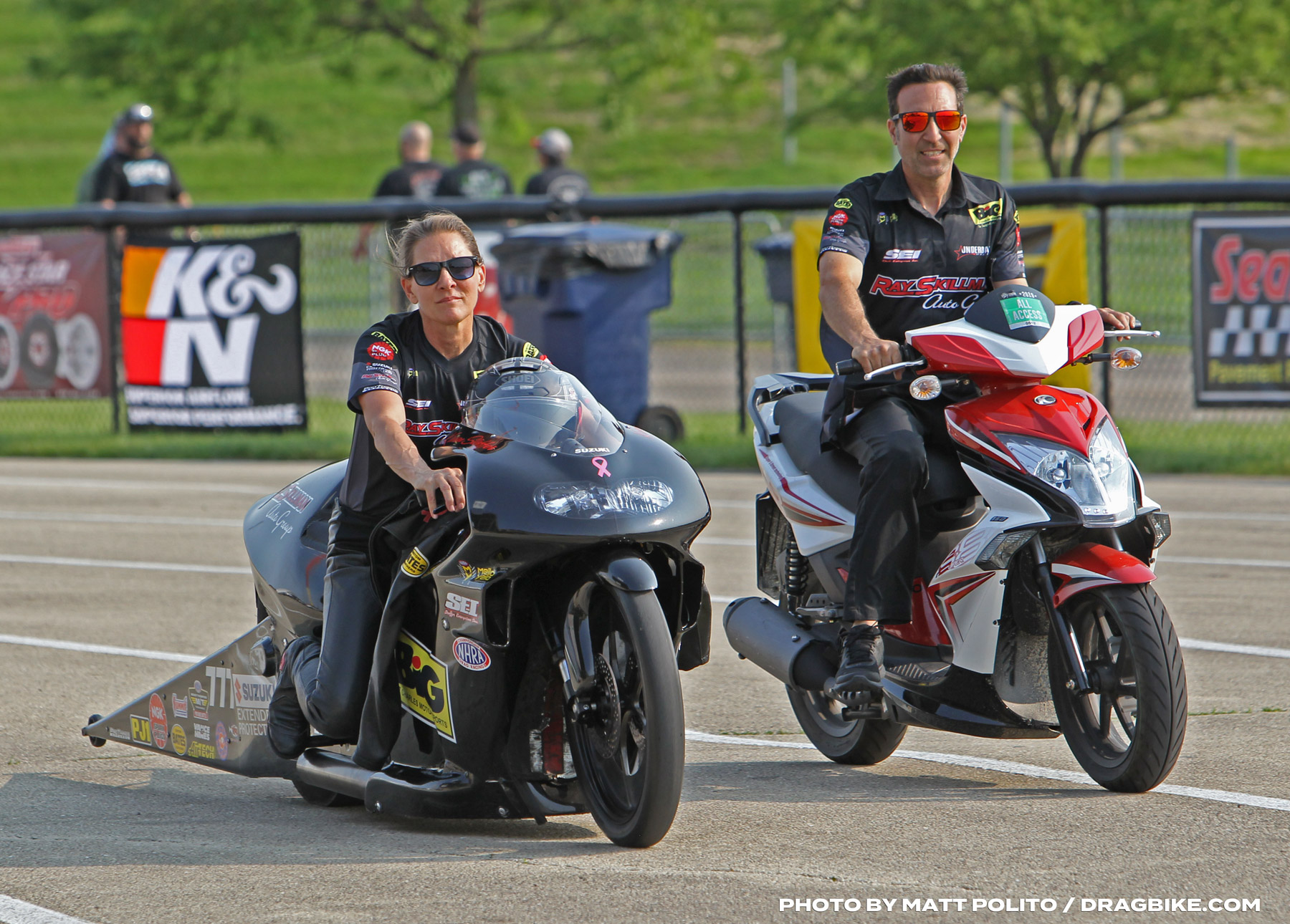 To have a memorable weekend in St. Louis, Stoffer will have to get past the likes of defending event winner and world champ Matt Smith, who beat her in the final round in Chicago, Andrew Hines, who won seven races in the regular season, Eddie Krawiec, Savoie and Hector Arana Jr. But as Savoie has showed the past two races, the team has bikes capable of winning races in the biggest moments. Stoffer’s confidence working with Kulungian has only grown as the season progressed, and she is confident that ascension will continue in St. Louis.

“I’ve never traditionally done well in St. Louis, but Tim has, so I’m excited about that,” Stoffer said. “Every race I learn something new and so does he. I think he’s done a fantastic job. We’re improving every race, so hopefully that continues this weekend. I feel like I’m riding well and the team is gelling, so we certainly have a good opportunity to keep that going.”