words and photos by Rick Eaton

The final rounds of the Lucas Oil NHRA Summernationals at Indianapolis at Lucas Oil Raceway have been delayed due to inclement weather.

After a lengthy rain delay before the finals in Top Fuel and Funny Car, NHRA Mello Yello Drag Racing Series officials announced the fourth race of the 2020 season will be completed during the Denso Spark Plugs NHRA U.S. Nationals, which takes place Sept. 3-6 at Lucas Oil Raceway.

In Top Fuel Harley Jay Turner will face Randal Andras in the final. Andras will have lane choice over Turner. 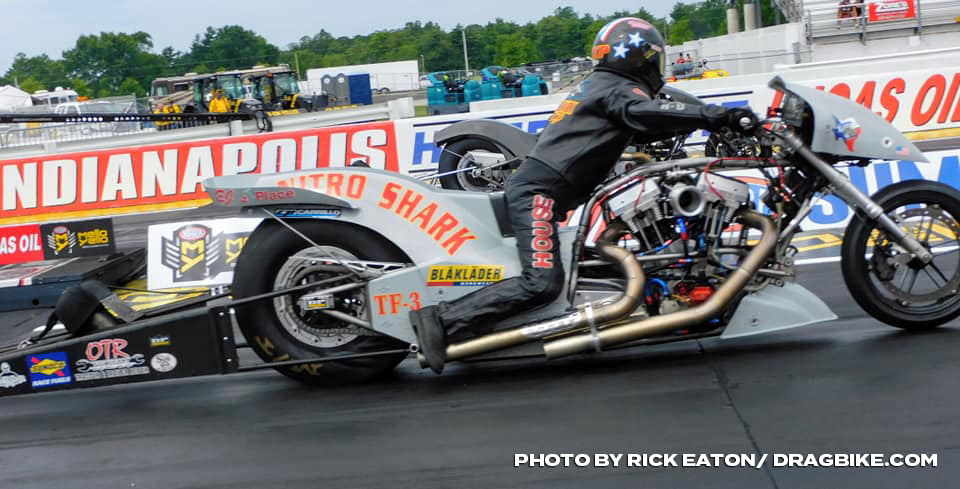 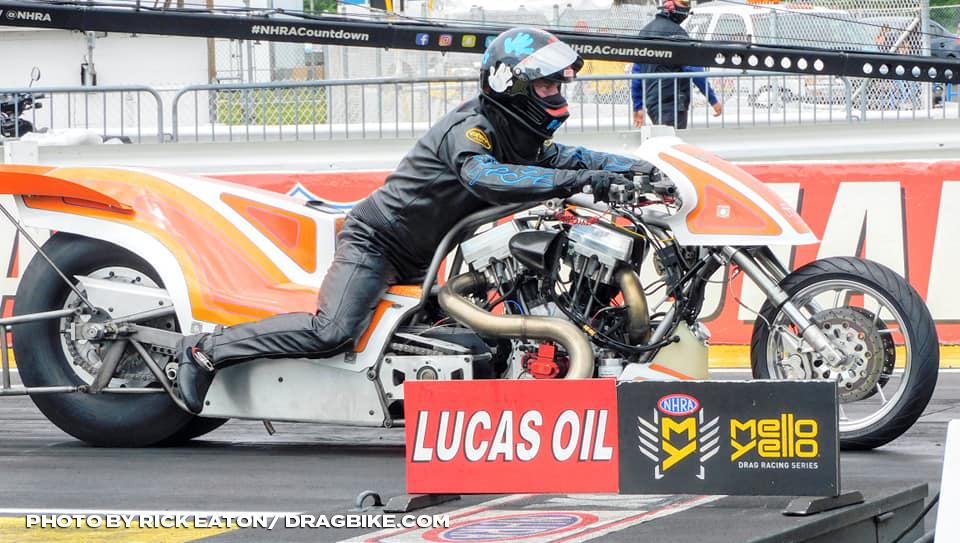 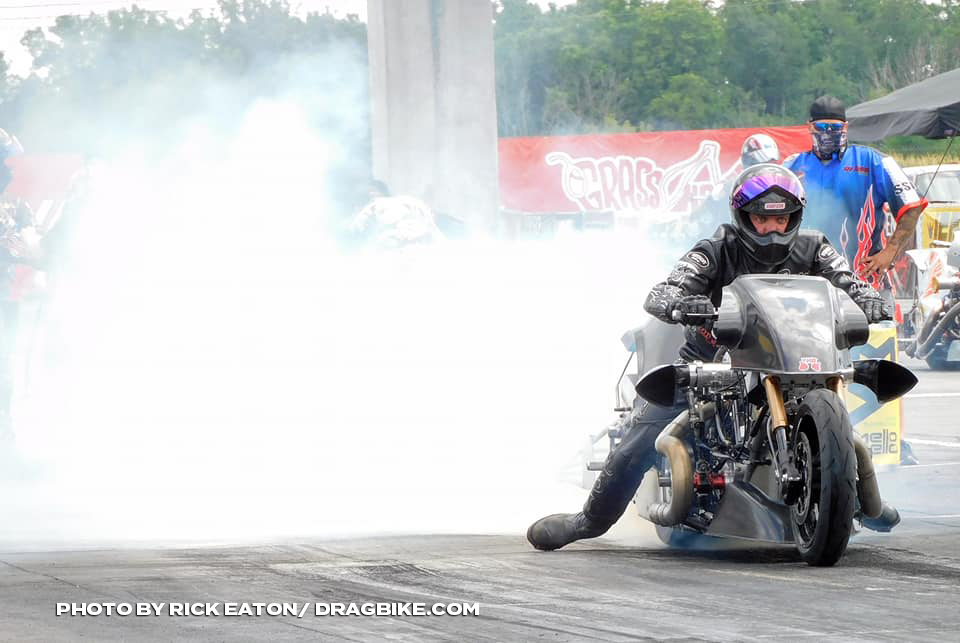 After a 4 month delay, The Top Fuel Harleys finally began their season at Lucas Oil Raceway today. Just like last week with the Pro Stock Bikes, brutal heat and 130-degree track temps also greeted the Nitro Harleys when they hit the racetrack.
The most obvious change in the field was parity. The fastest bikes could not get a hold of the hot racetrack while bikes that were historically slower had a tune-up for the heat. The unpredictable qualifying should translate into an upset-filled day tomorrow. We are expecting an exciting and action-packed day.
When the tire smoke and nitro cleared, Chris Smith from Murfreesboro, TN was qualified #1. Ricky House from Humble, TX was close behind in the #2 position. Defending World Champ Tii Tharpe had a trouble-plagued run but still has top speed @ 215 MPH despite a dismal #6 qualifying position.
Tomorrow’s Round One Matchups :