Matt Smith already has a blueprint for success to win a NHRA Mello Yello Drag Racing Series title, and things are going according to plan for the two-time Pro Stock Motorcycle world champion heading into this weekend’s AAA Texas NHRA FallNationals at Texas Motorplex. 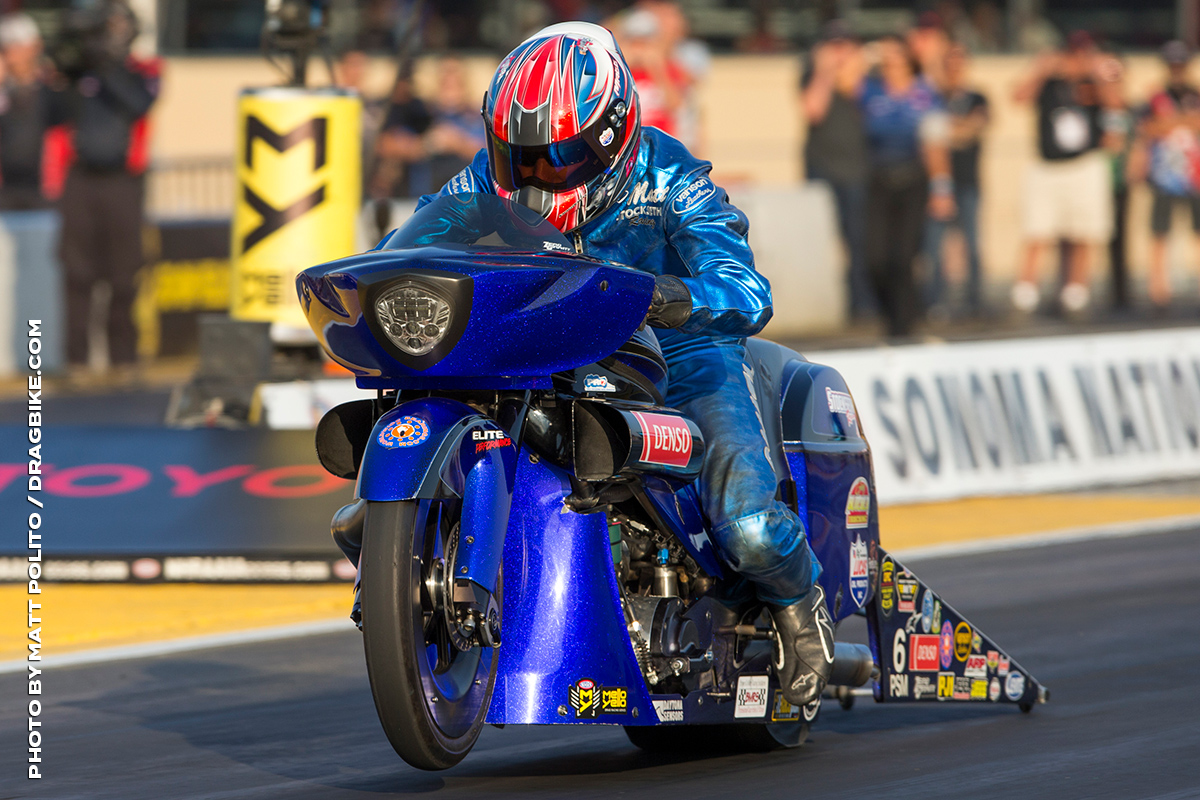 Smith has advanced to the final round of the first two playoff races in the Mello Yello Countdown to the Championships, winning in St. Louis and grabbing the points lead on his Elite Motorsports DENSO Auto Parts EBR. It’s a strong start as Smith seeks a third championship in a talent-heavy class, but there is still plenty of work to do, at least according to what the veteran believes will be necessary to clinch another world title. 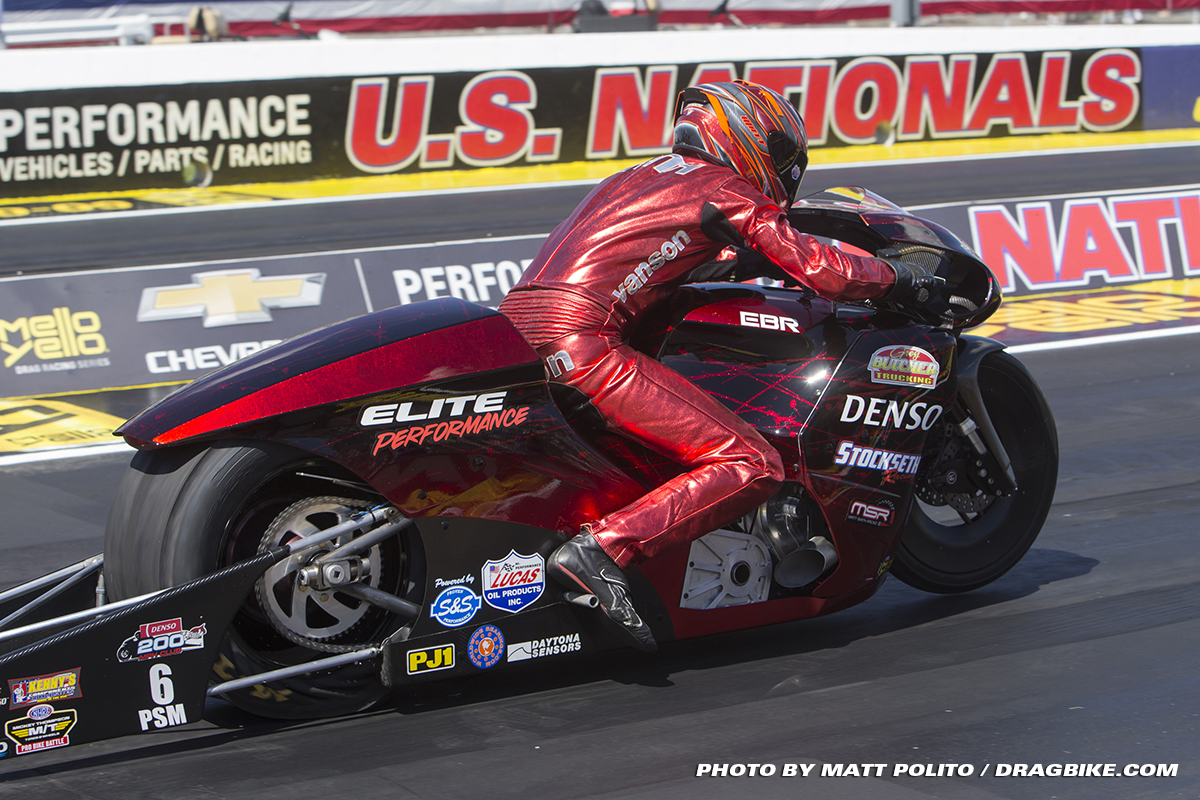 “I really think if somebody can win three races in the Countdown they’ll probably win the championship unless something crazy happens in the other races,” said Smith, who has 20 career victories. “Right now, we’re on par with what we did in 2013 and if we can keep going to final rounds and I keep doing my job, we’ll be fine. All in all, we’ve gone to two finals. In 2013, I went to (four) finals of the six races we ran and won the championship.” 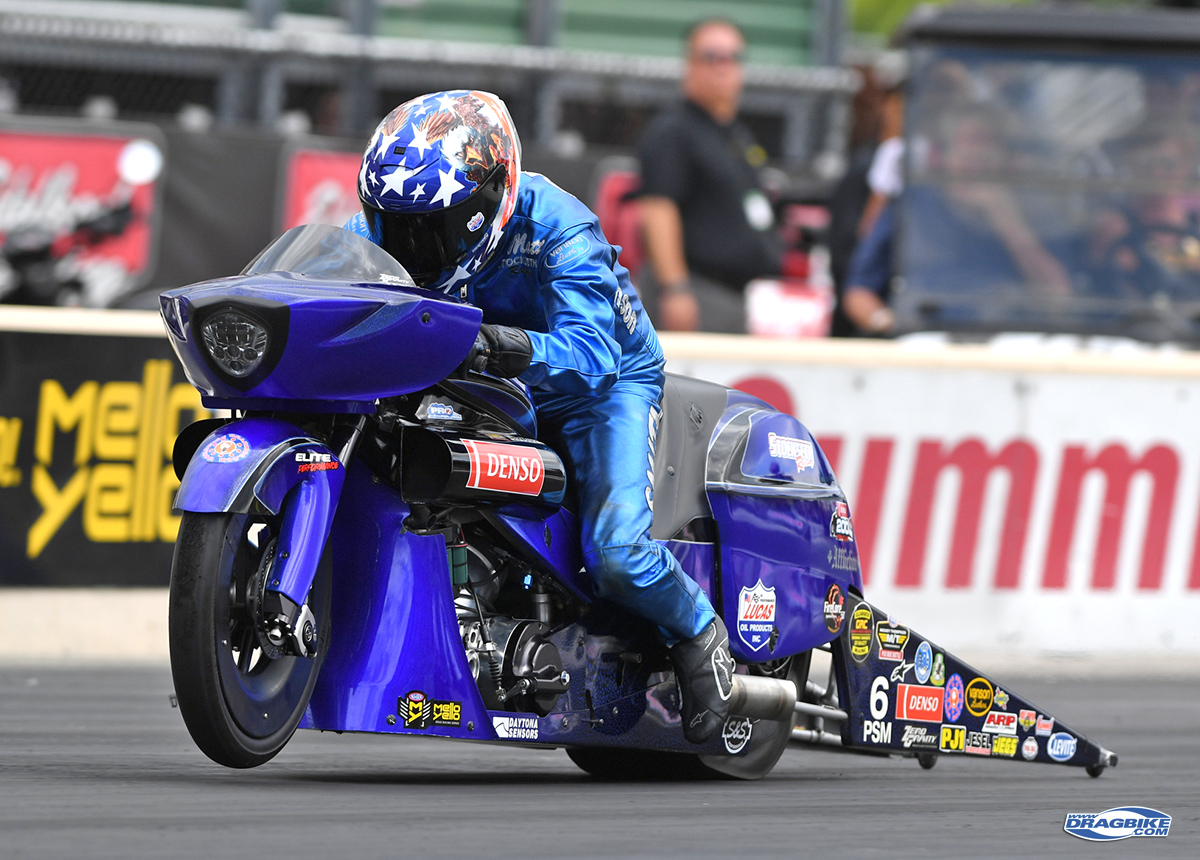 Ever since debuting the bike Smith affectionately calls the “Red Rocket,” he has been on an impressive tear. It debuted in Brainerd at the penultimate race of the regular season, starting a string of three straight No. 1 qualifiers. That included the playoff opener in Reading, where Smith advanced to the final round to jump to third in points. A final-round win against LE Tonglet in St. Louis gave Smith the points lead, one he hopes to hang onto for the next four races.

“When we left Gainesville (to open 2018) we were 17th in points and our goal was just try to get to the top 10 if we could,” Smith said. “When this thing debuted in Brainerd, she is hateful. It helps to find a little power, and we found power, too, and we should be good the rest of the year. That’s my goal right now, just keep going to finals, keep putting together round wins and collecting points.” 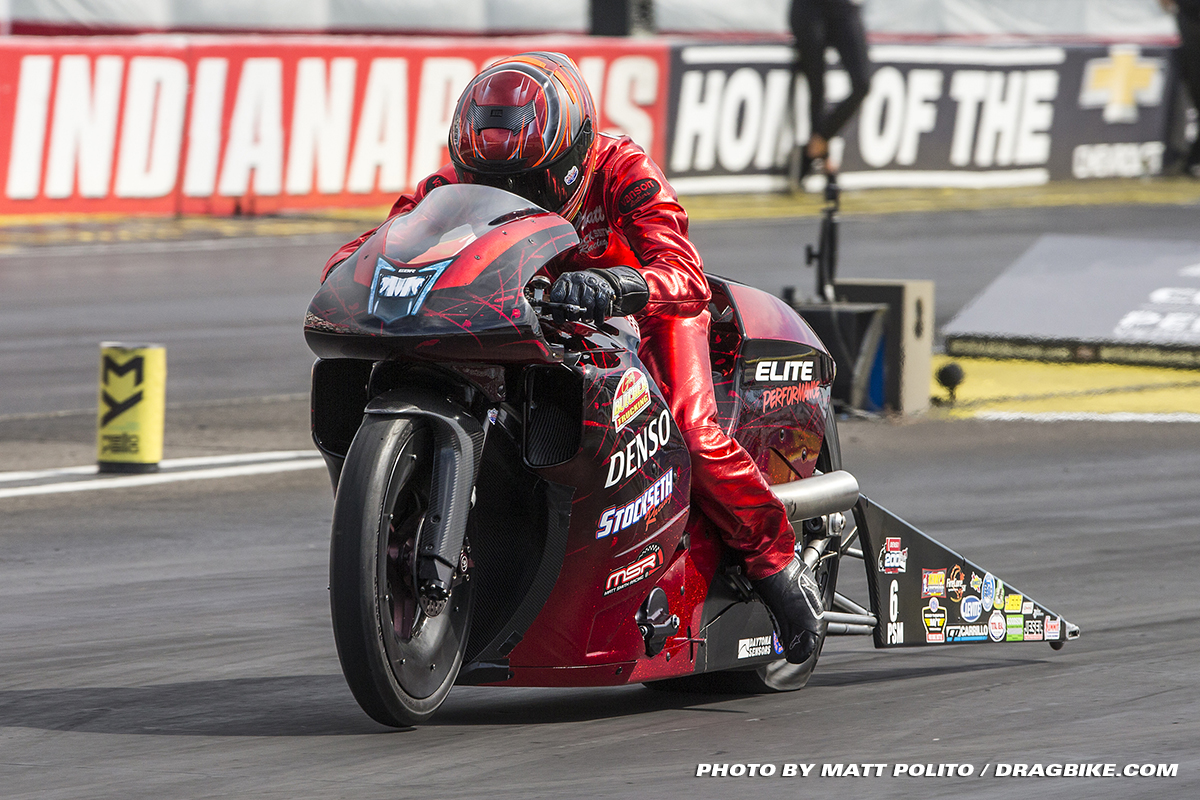 Smith, who has two wins and three final-round appearances in 2018, currently holds a slim 21-point lead on Tonglet and 41-point advantage on defending world champ and event winner Eddie Krawiec, meaning there is still plenty to be decided over the next four races. A first career victory in Dallas would keep Smith’s momentum going, but he’ll also have to deal with the likes of Hector Arana Jr. and Andrew Hines, who are both less than 65 points behind Smith. 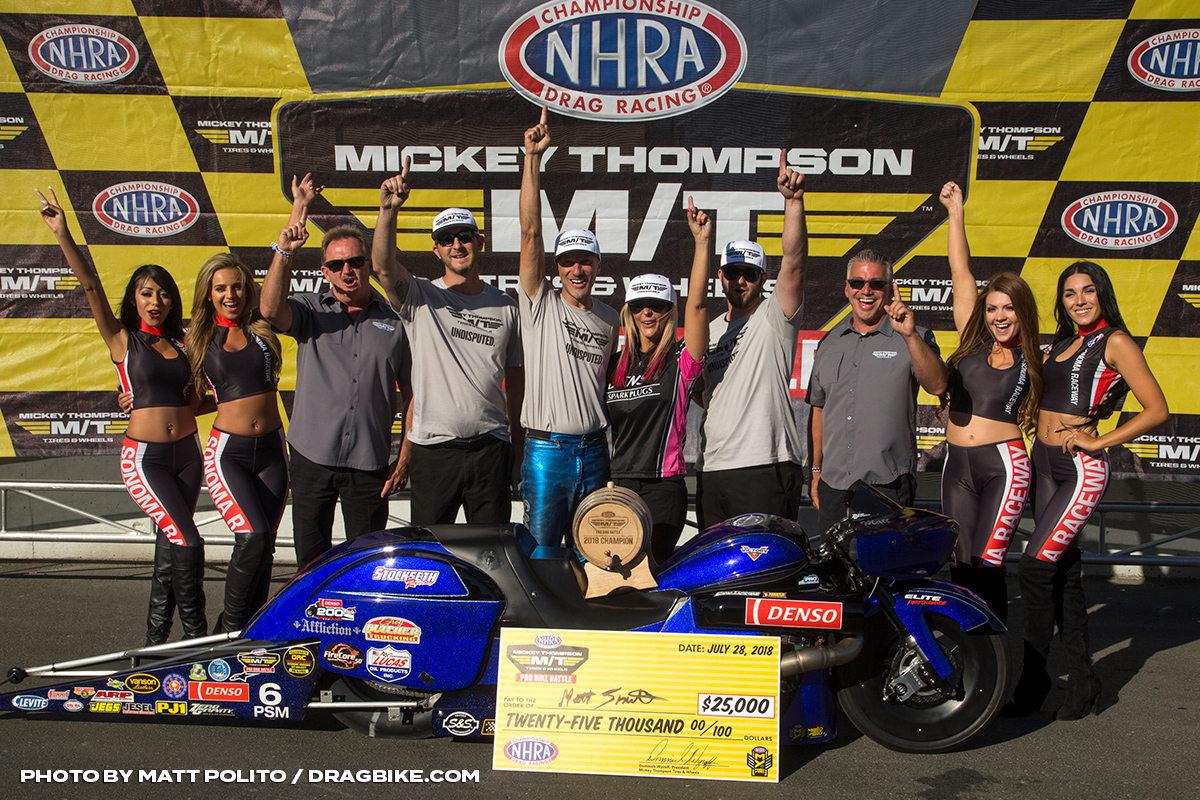 “I told people after Indy we’re going into the Countdown strong,” Smith said. “They knew we’re here and I made the comment then that we can win three of the six races in the Countdown and run for this championship. We’ve dug down and worked on these motors. We’re going to do our best, try to stay focused and try to do our job. As long as we don’t have any parts failures, we’ll be good.”