NHRA National Dragster will use the pause in racing action to focus its content on the cars, parts, people, and technology that fuel the fastest motorsport on earth. Drag racing’s best articles will be distributed in a shareable format to NHRA Members, advertisers, racers, and fans through their computers, smartphones, and social media beginning with the April 10, 2020 issue. Each digital issue of National Dragster will offer a multimedia experience, with clickable links to videos, drivers, advertisers, and bonus content.

By making National Dragster available online, it allows NHRA and our members to use the power of the brand to reach more than 3.2 million people—the largest audience ever in National Dragster’s 60-year history—and keep the engine of the drag racing marketplace running at wide-open throttle.

Simultaneous with the production of each issue, the National Dragster staff will also collaborate with our NHRA on FOX video team and publish content and racer interviews directly to NHRA.com.

We remain committed to producing National Dragster for the NHRA community, both to serve our customers and to provide a sense of normalcy for us all. You have our commitment we will continue to bring you the very best in drag racing content, and we look forward to the day we can return to our printed format. 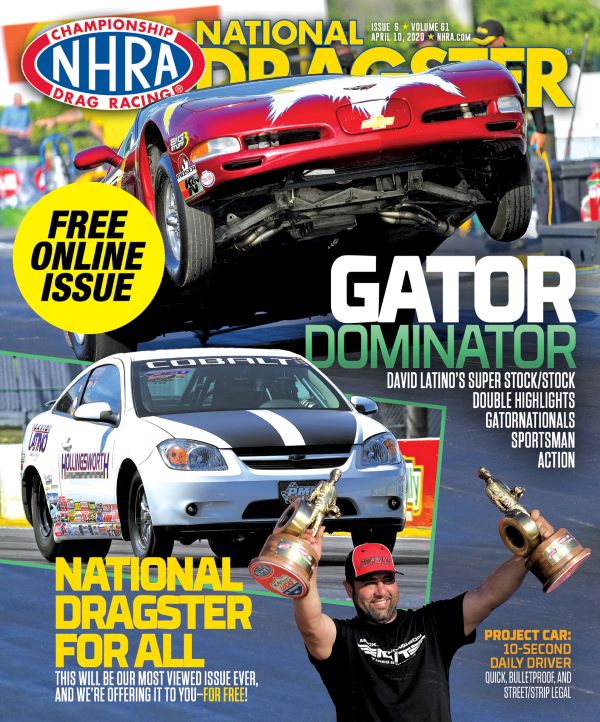