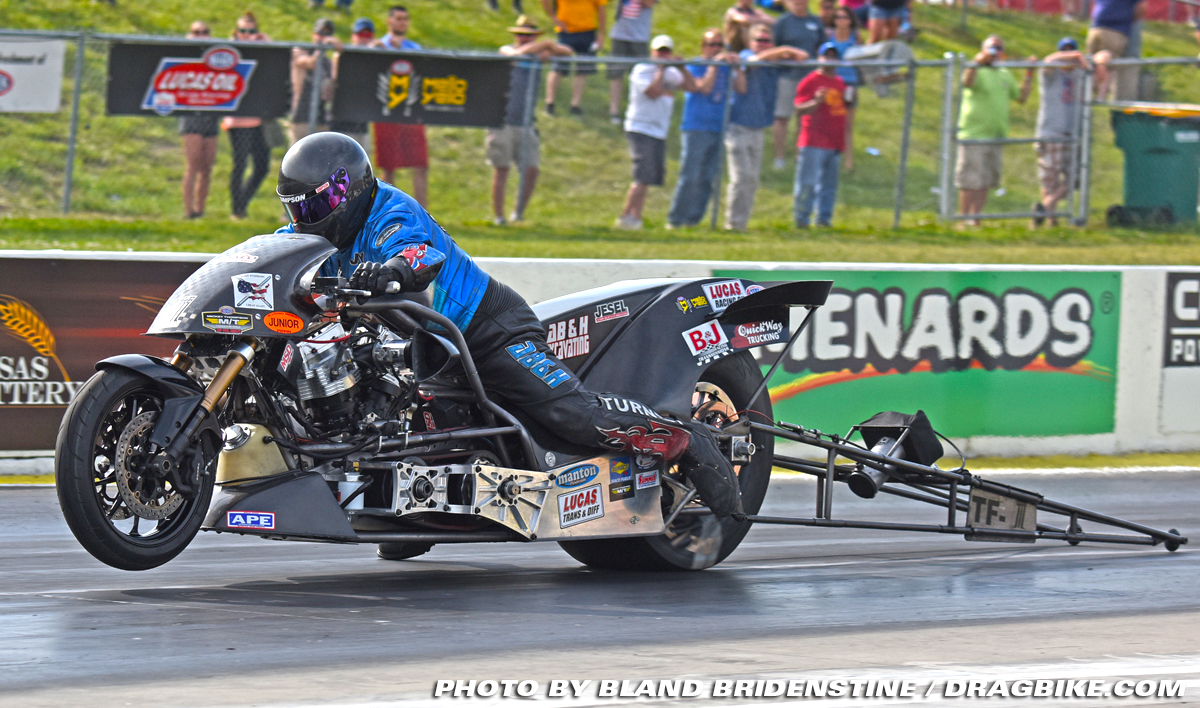 After a day of watching the rain win the day on Sunday, the top Fuel Harley racers were ready to get back on the track today. Randall Andras had a prior commitment and couldn’t stay to race today, which put first alternate Billy Jackson back into the show. However, Billy’s back half couldn’t keep up with Jay Turner as he pulled away and took the first round win with the quickest pass of the weekend with a 6.197. 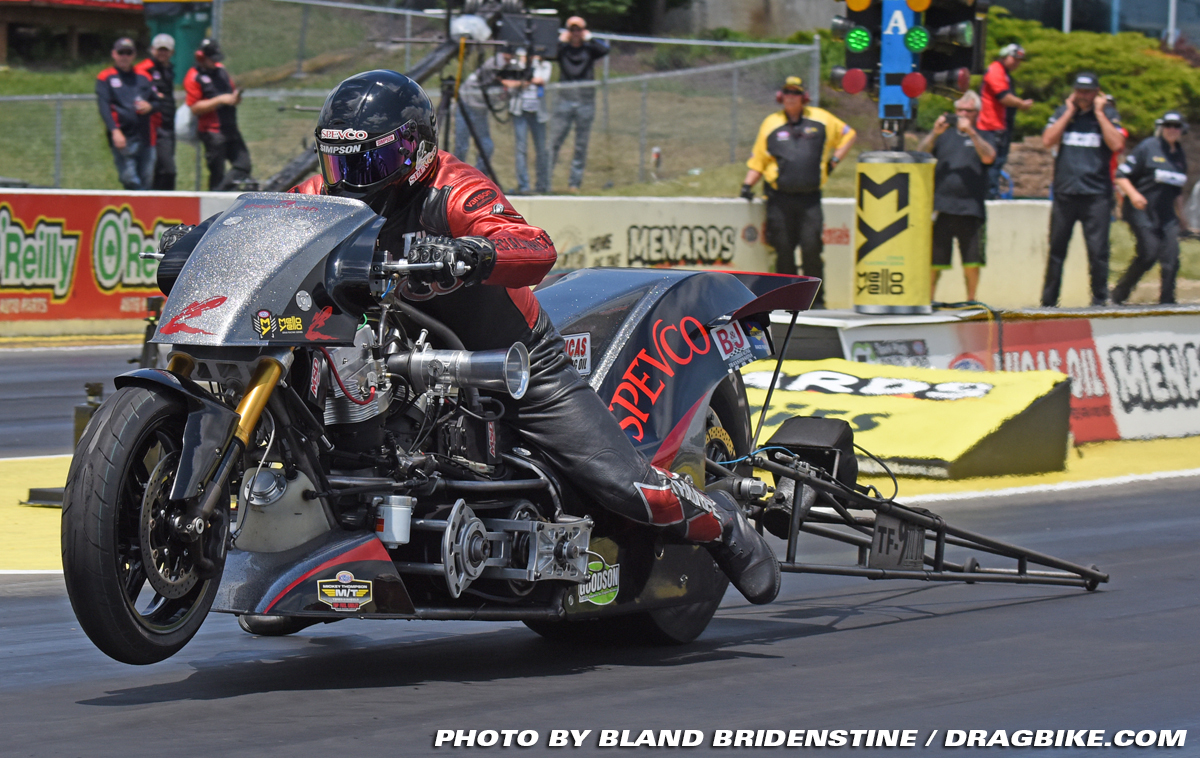 In the final round between Jay Turner and Tii Tharpe, Tharpe’s bike started to slow around the 330′ mark allowing Jay Turner to power on to the win. 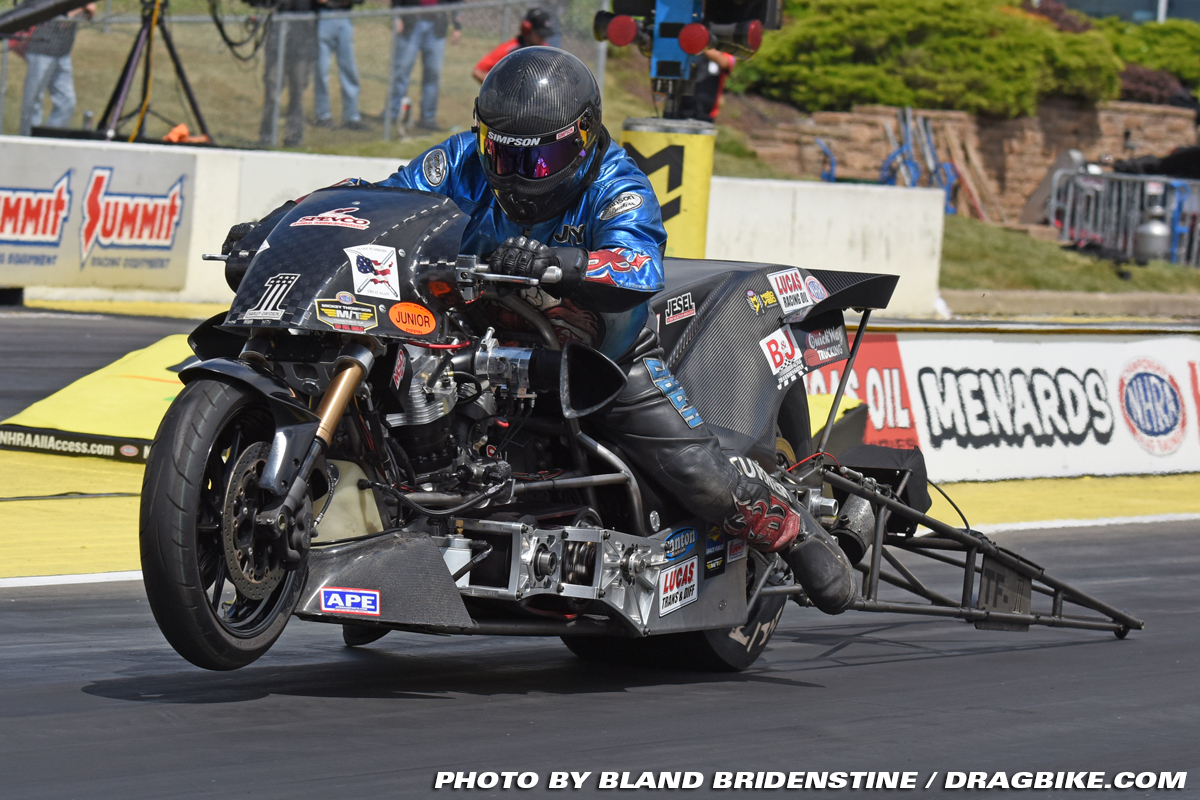 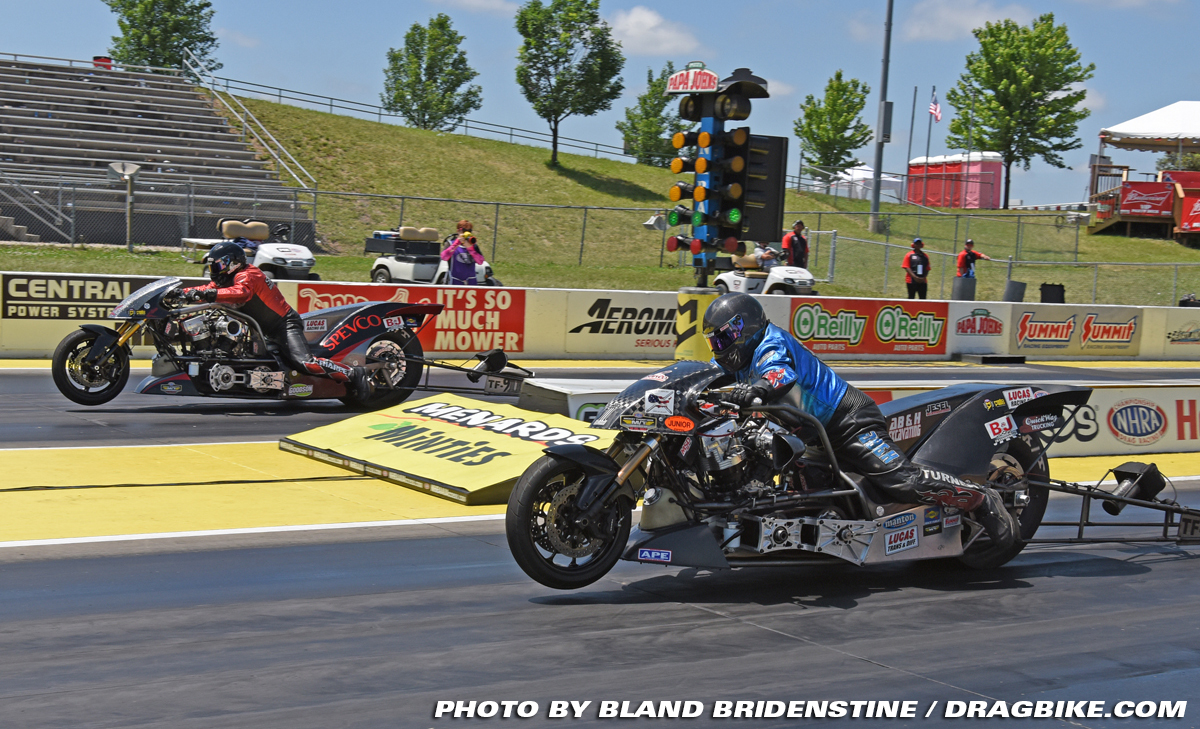 The Mello Yello Drag Racing Series eliminations at the 30th annual Menards NHRA Heartland Nationals were postponed by NHRA officials due to inclement weather conditions following an eight-hour rain delay at the start of the day. 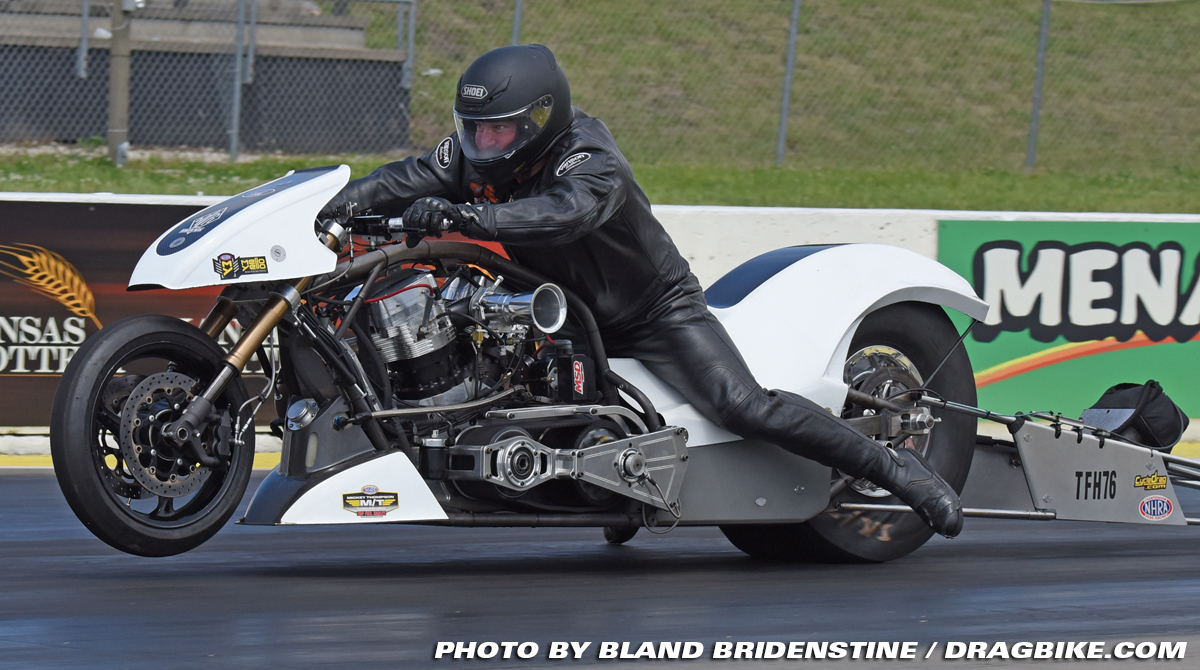 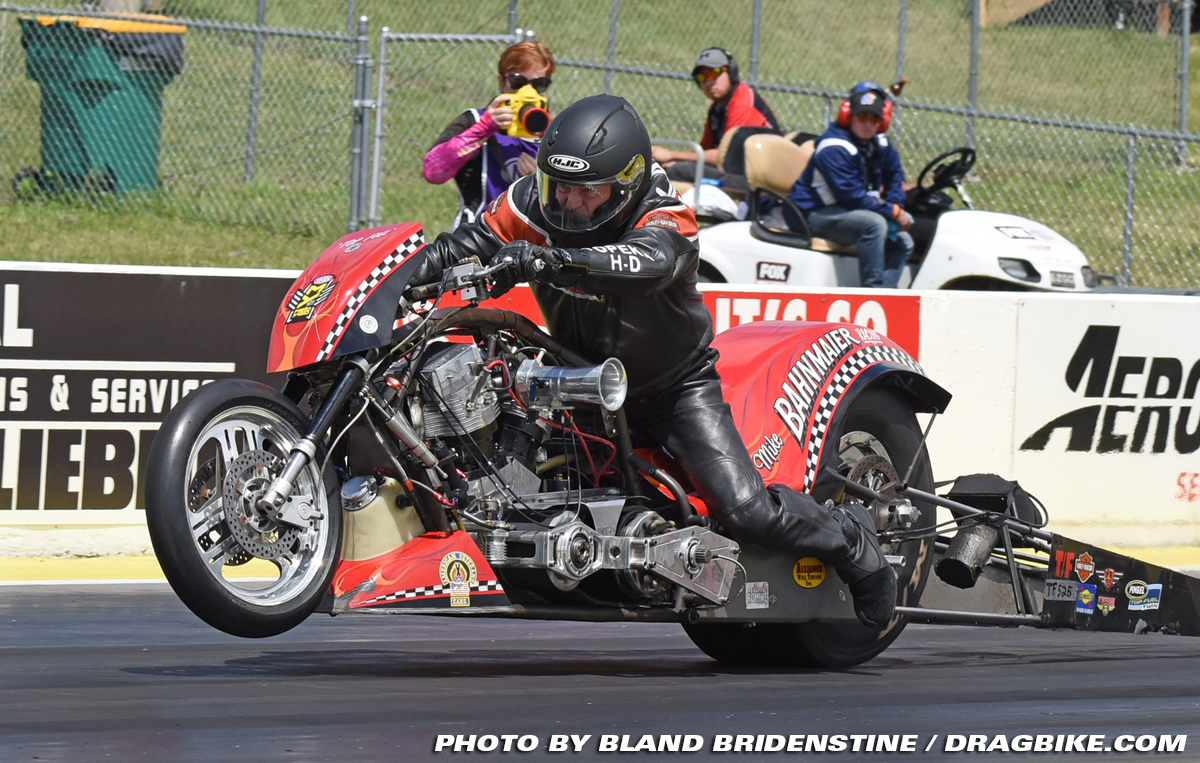 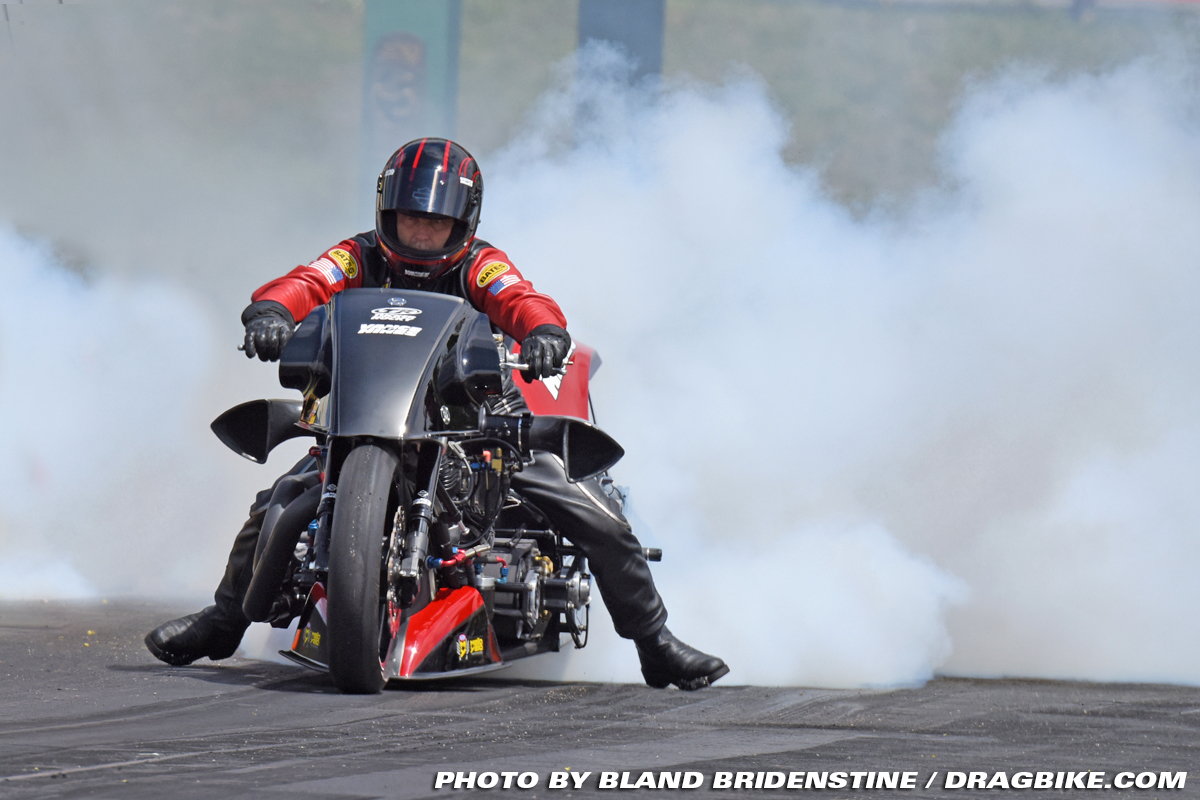 After four rounds of qualifying, Doug Vancil stays on top running the quickest run fo the weekend in round four with a 6.293. 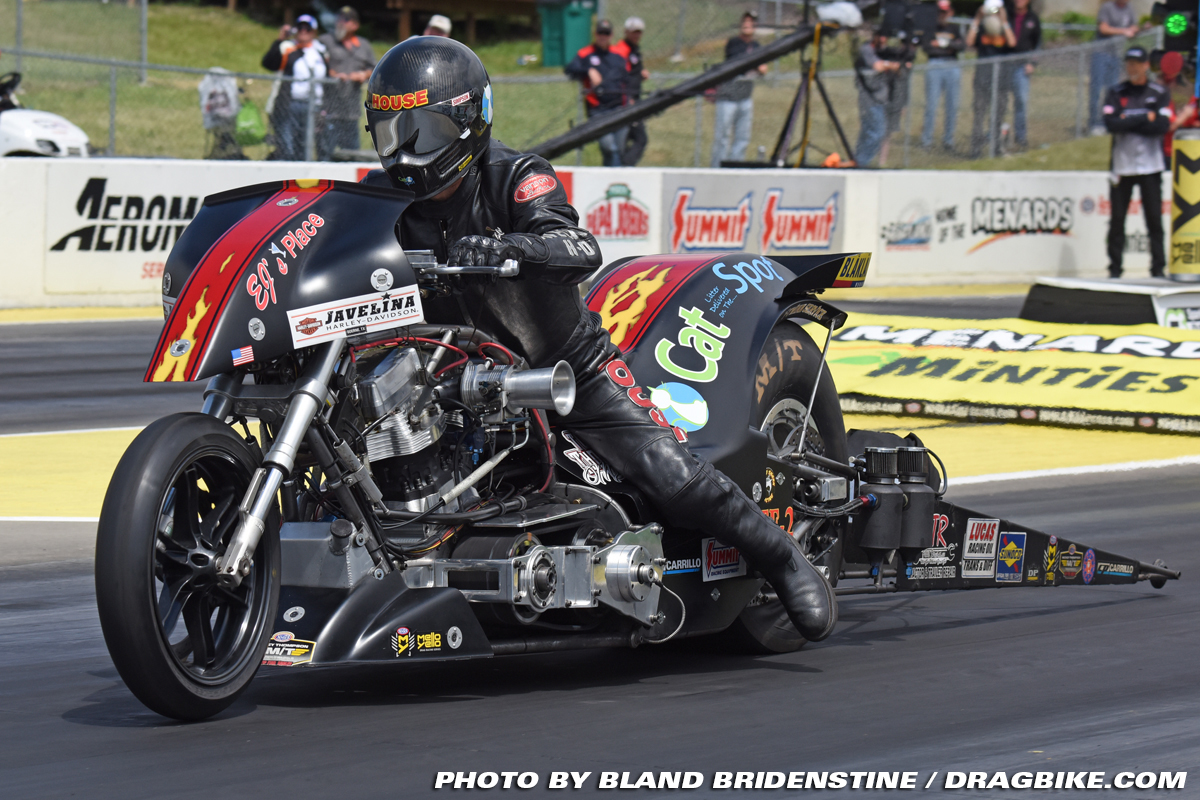 Rickey House was the only racer to improve their ET in round four bumping Tii Tharpe back to the #4 spot with his 6.341 run. Billy Jackson and Mitch Brown will miss the field with pairing as follows for tomorrow eliminations: 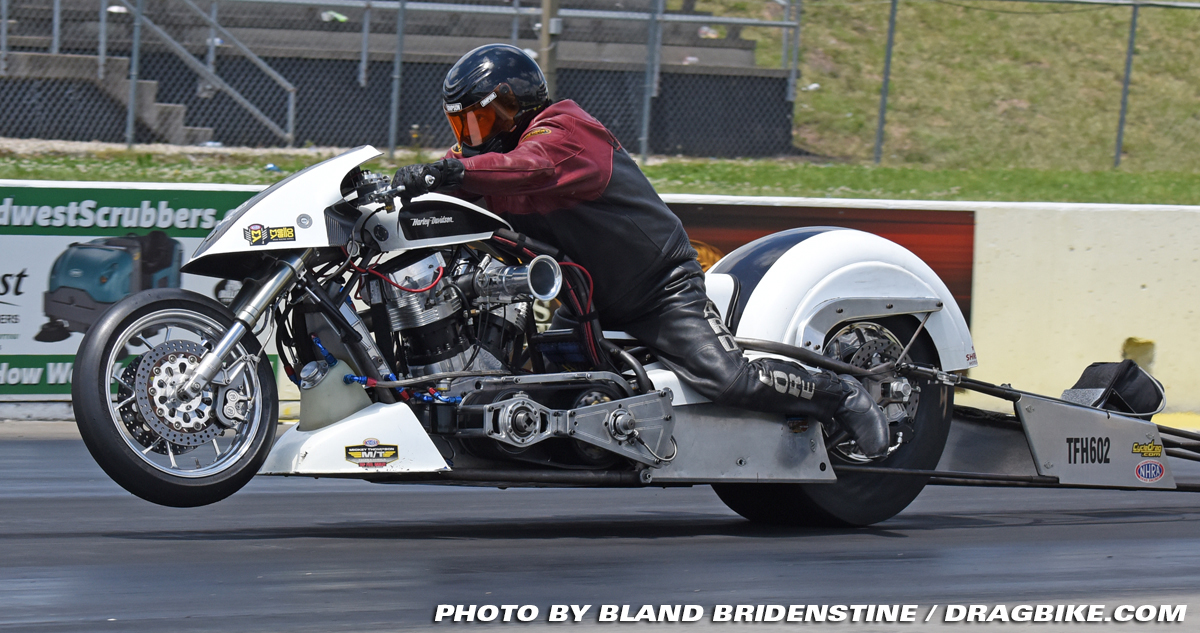 After 3 rounds of qualifying, Doug Vancil takes over the lead from Jay Turner with a 6.321. Tii Tharpe also makes a big move into the #3 spot with a 6.403.

After two rounds of Friday qualifying, North Carolina’s Jay Turner leads qualifying with a 6.35 on his Lucas Oil Nitro Harley. Man Cup Top Fuel racer, Mitch Brown,  struggled both rounds getting his Harley down the track leaving him at the bottom of qualifying for now. However, most of the class seem to struggle to make full passes in the first qualifier on Friday. While many racers recovered in round two, they are all hoping to beat the Saturday forecast and get another qualifier in before Sunday’s eliminations. Top Fuel Harley’s 3rd round of qualifying is scheduled for 12:45 on Saturday.