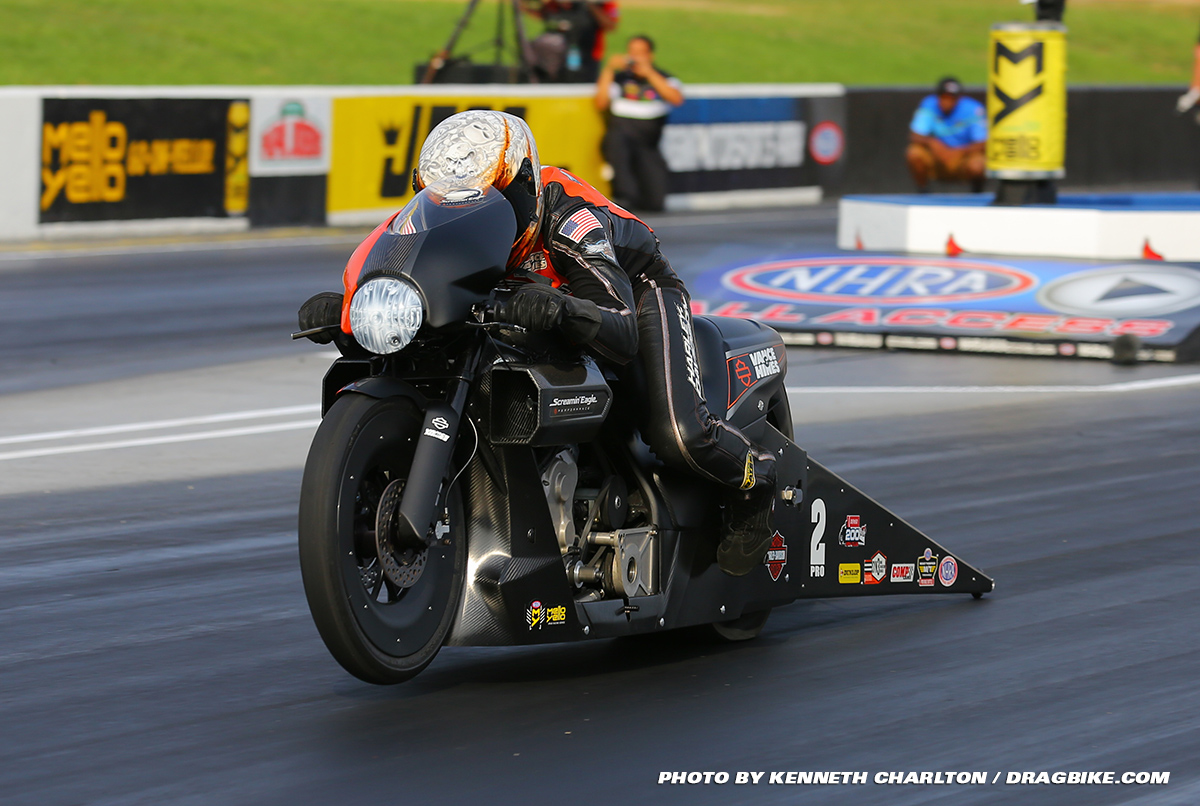 A victory on his Screamin’ Eagle Vance & Hines Harley-Davidson would be music to Hines’ ears, as the current PSM points leader has been close on multiple occasions this season. His four career wins at Norwalk are also the most at the track for any competitor in the NHRA Mello Yello Drag Racing series, and that’s an achievement Hines hopes he can continue to add to this weekend.

“They’ve got a new track surface there and the track has always been good for us,” said Hines, who last won at Norwalk in 2014. “I love the facility and the Bader family are an awesome family. There’s a good fanbase there, big grandstands and a great atmosphere. We’re usually there at a hot time of the year and that seems like where I’ve excelled. Those types of conditions have worked out for me in the past and we’ve always seemed to race well in Norwalk.” 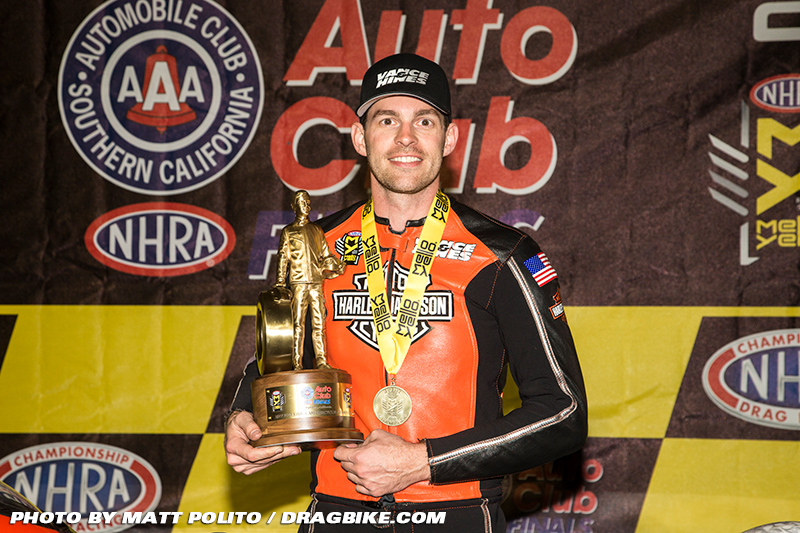 In five races, Hines has three final round appearances and two No. 1 qualifiers, advancing to at least the second round at every event thus far. Hines will take that consistency for the rest of the season, but he also knows he can’t stand pat if he wants that to continue and also grab his first victory of the season against the likes of teammate and defending world champ Eddie Krawiec, Richmond winner L.E. Tonglet, 2016 world champ Jerry Savoie and Chicago winner Matt Smith.

“I feel like we’re racing good and the motorcycle has been good as well,” Hines said. “It’s the best-leaving bike I’ve had in a long time, and it’s been consistent on the starting line. I think you can see that in our performance in qualifying. It’s been significantly better than last year. I really couldn’t ask for more, but the class is so tough it could change at any minute. We’re going to have to be completely focused with not giving up E.T. anywhere.” 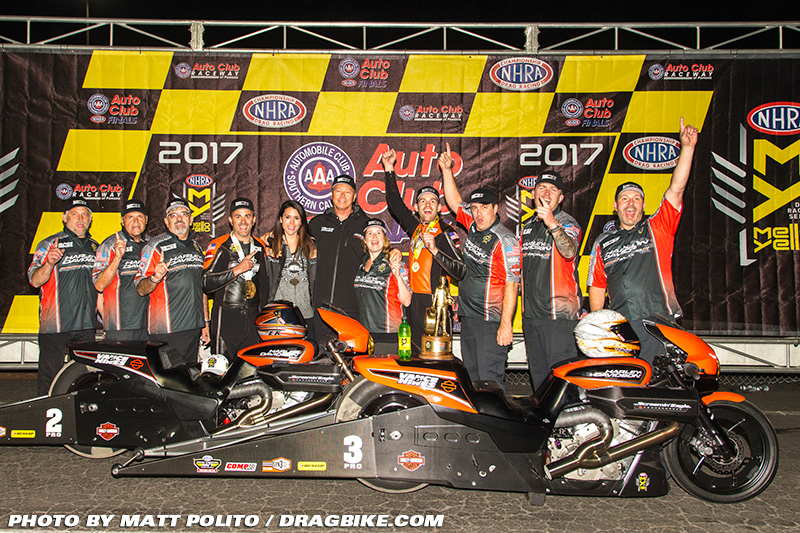 As the competitive level in the class continues to reach new heights, it has a veteran like Hines pleased with the current status of Pro Stock Motorcycle. The class also includes standouts like Scotty Pollacheck, Hector Arana Jr. and three-time world champ Angelle Sampey, making every win a satisfying one. It hasn’t happened yet for Hines in 2018, but he is hopeful his team is on the right track for continued success the rest of the season.

“The entire class has stepped up and you have to be on your game every single time,” Hines said. “If you’re having issues down the track or struggling to find your tuneup, you can be on the outside in a hurry. As the (Mello Yello Countdown to the Championship) gets closer and closer, you have to hone in on what you need. You can’t bring a 90 percent game up to the starting line. You have to have everything working in your favor.”