Matt Smith became the third different category winner in the 2019 season with his run of 6.807 at 198.88 on his Elite Performance/DENSO Auto Parts/Stockseth EBR. He overcame Karen Stoffer’s .002 reaction time and run of 6.885 at 193.71 for his first win of the season. 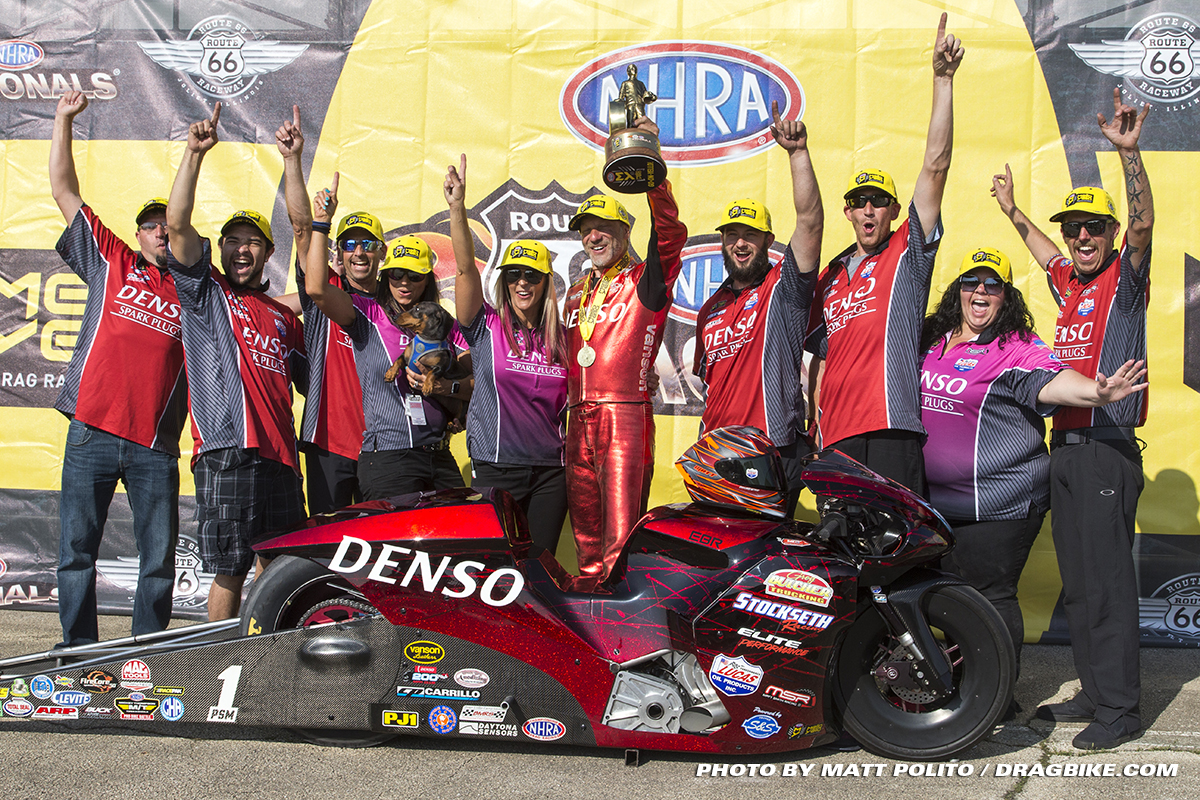 “Our Red Rocket showed up,” said M. Smith. “This DENSO Spark Plugs motorcycle was on kill today. We made a little blooper second round and slowed up just a little bit, but all in all, we were the quickest bike every round today. I can’t say enough about my guys, my crew, Angie, everybody who helps us. We had a good day.”

Matt Smith beat Steve Johnson (in a bye run), Angelle Sampey and his wife, Angie Smith, to secure his second consecutive win at Route 66 Raceway. Stoffer defeated Ryan Oehler, No. 1 qualifier Eddie Krawiec and Hector Arana, Jr. on the way to her first final round since 2015. 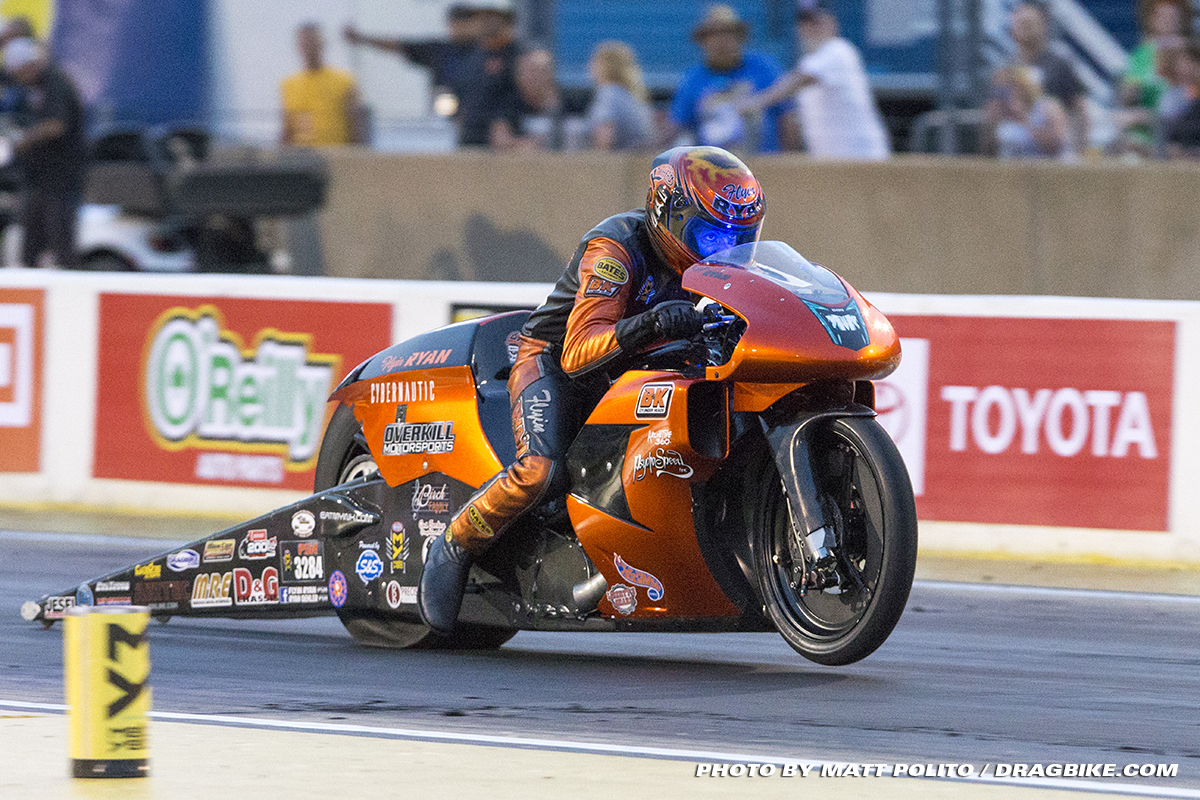 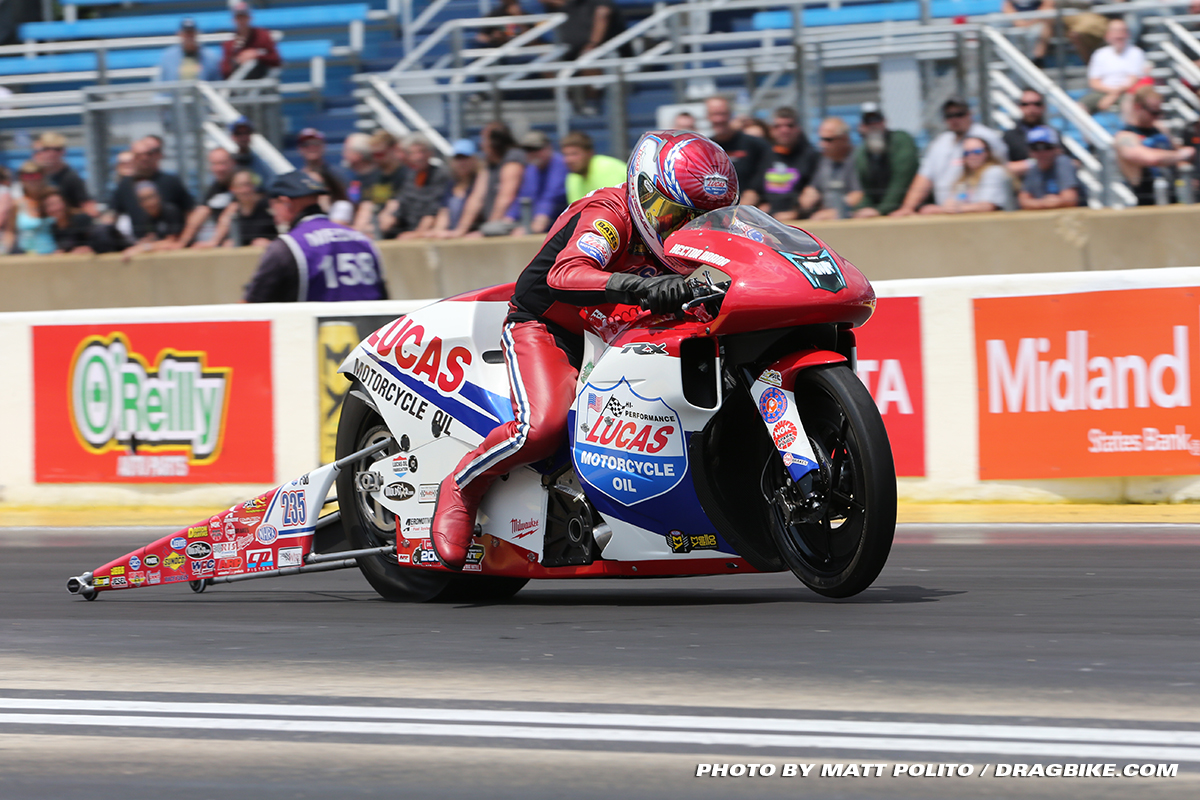 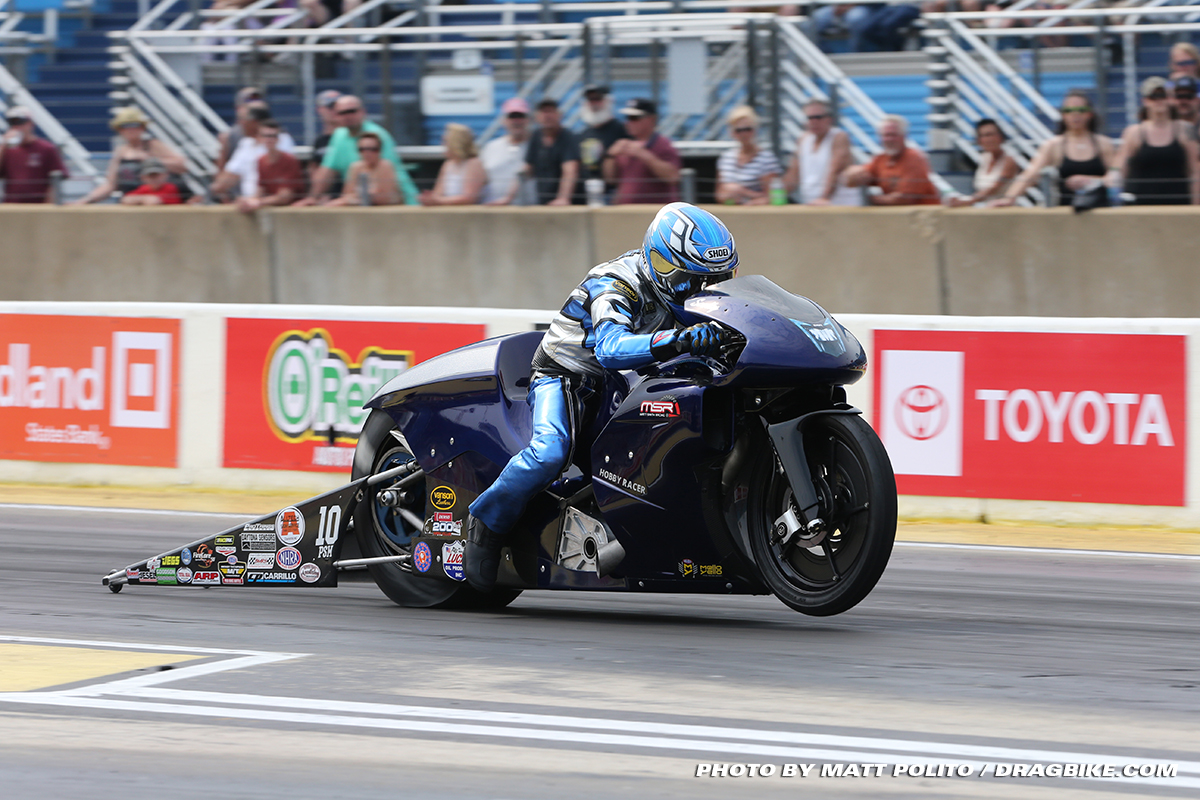 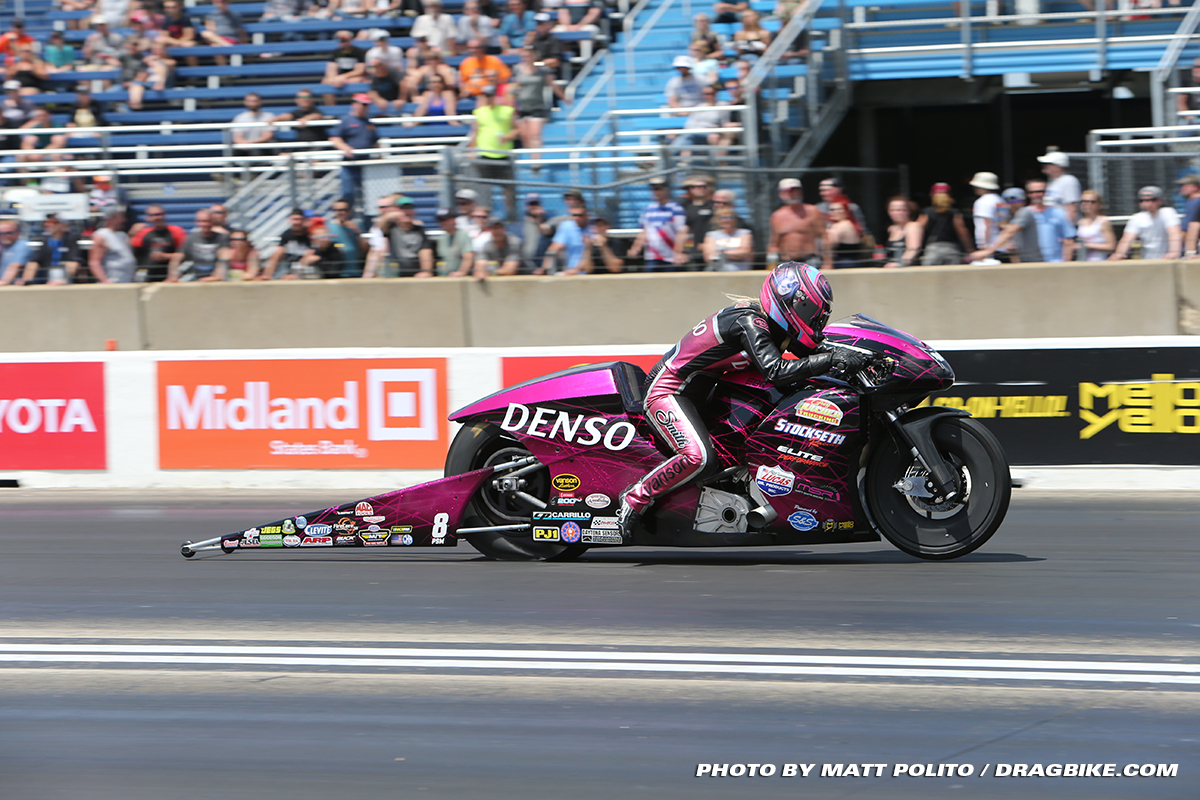 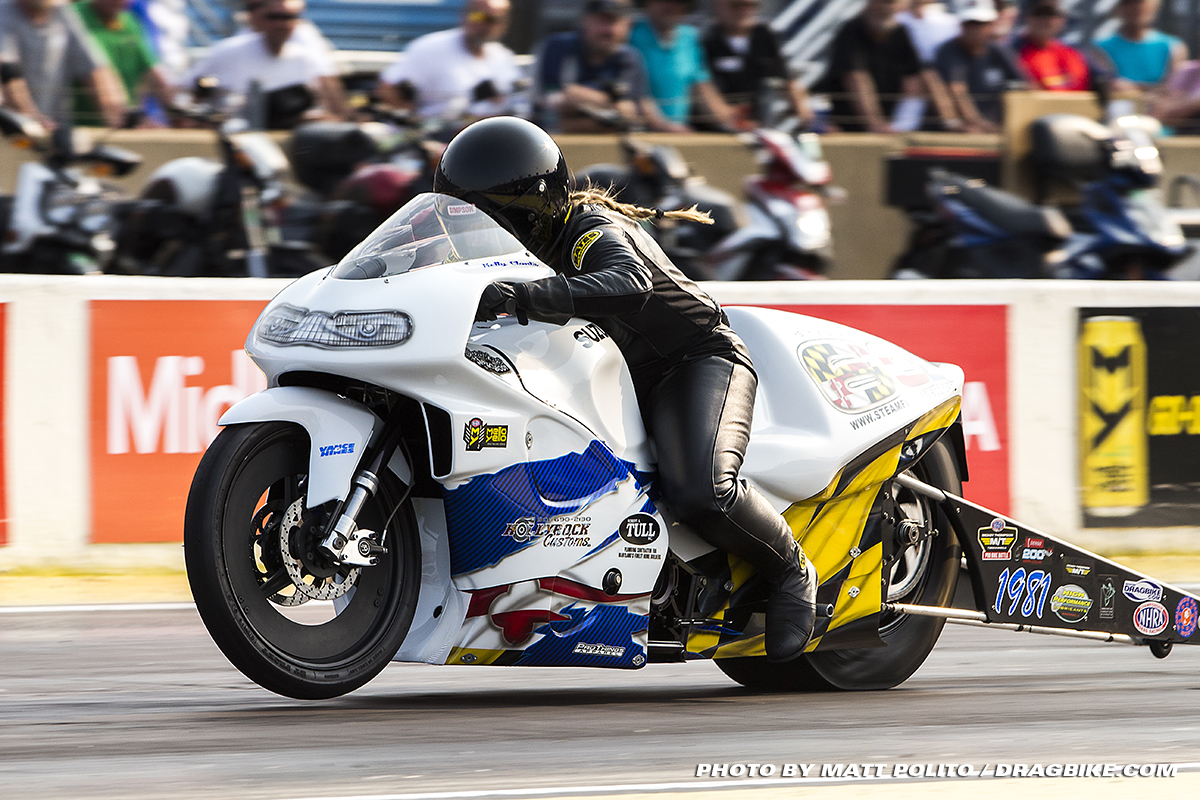 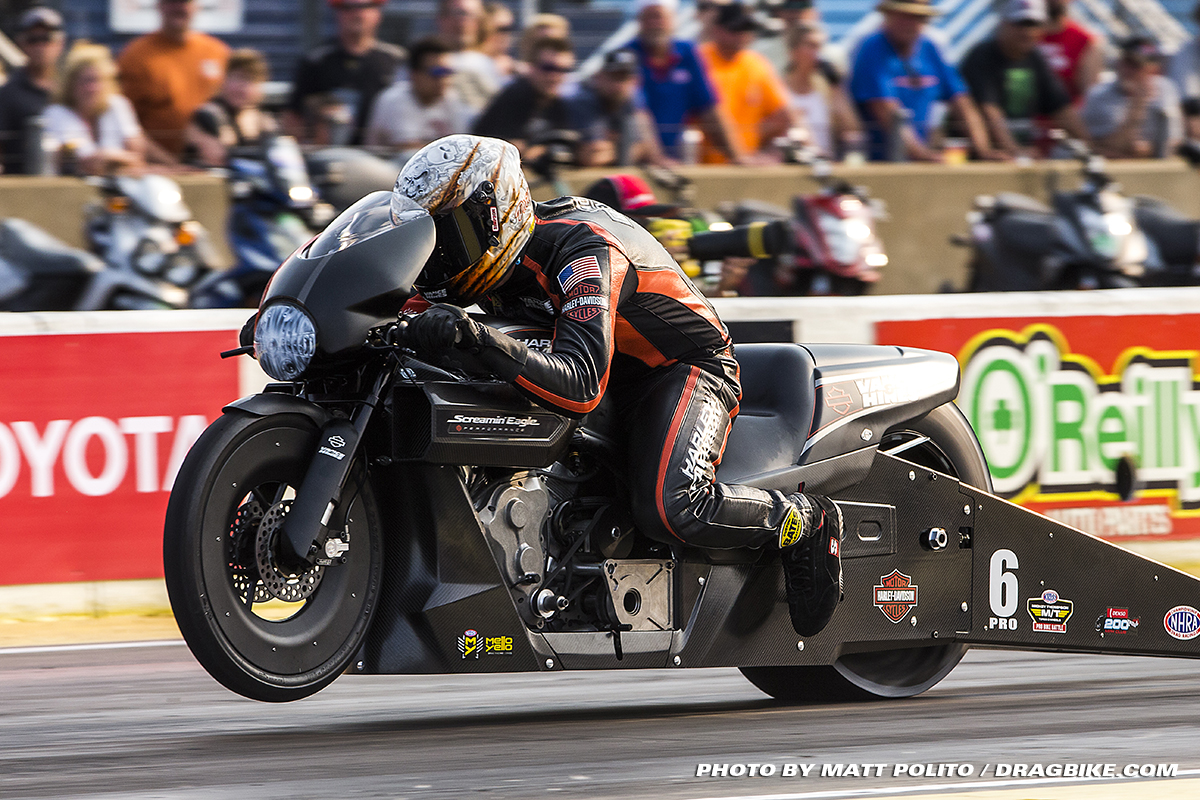 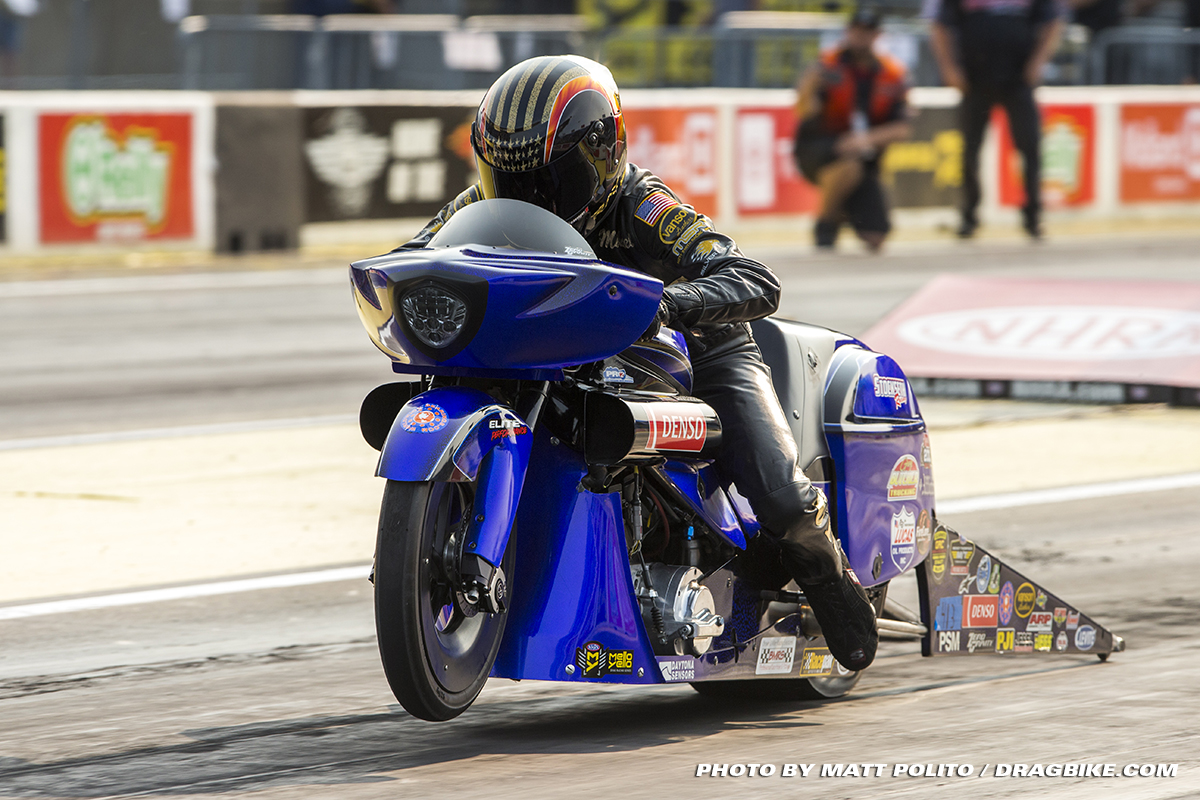 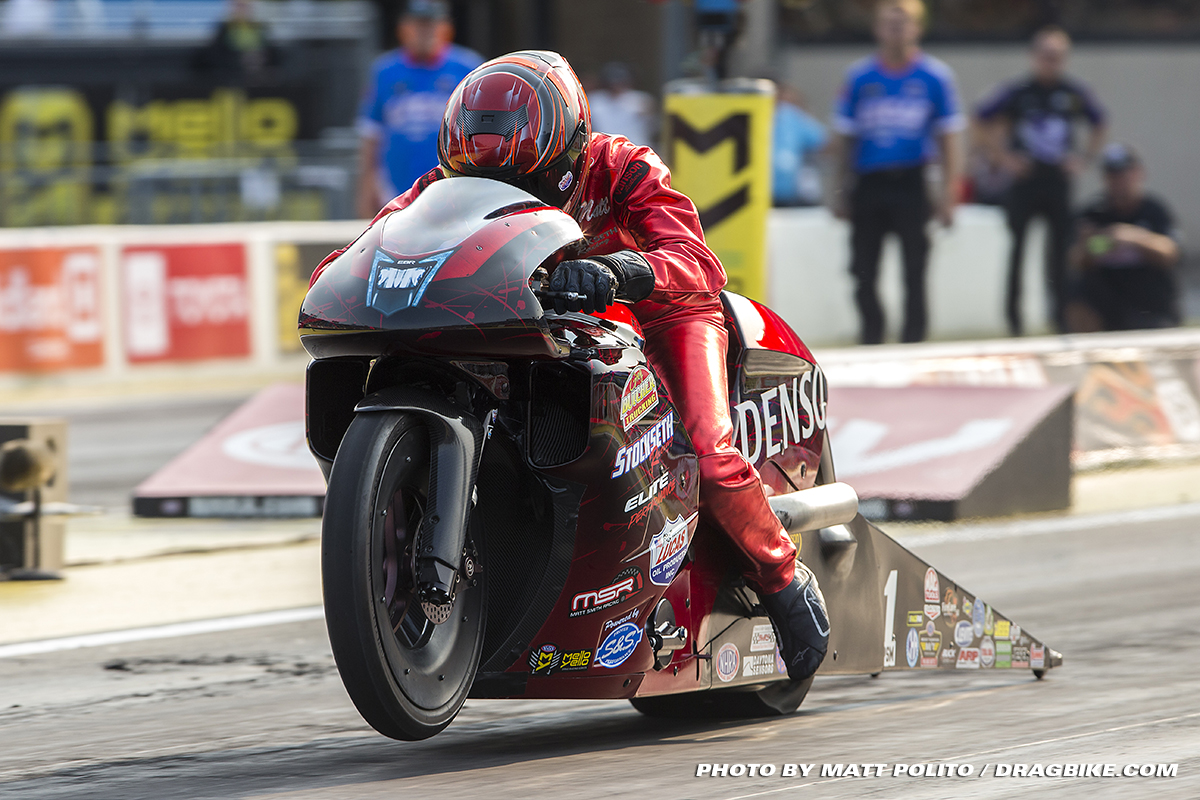 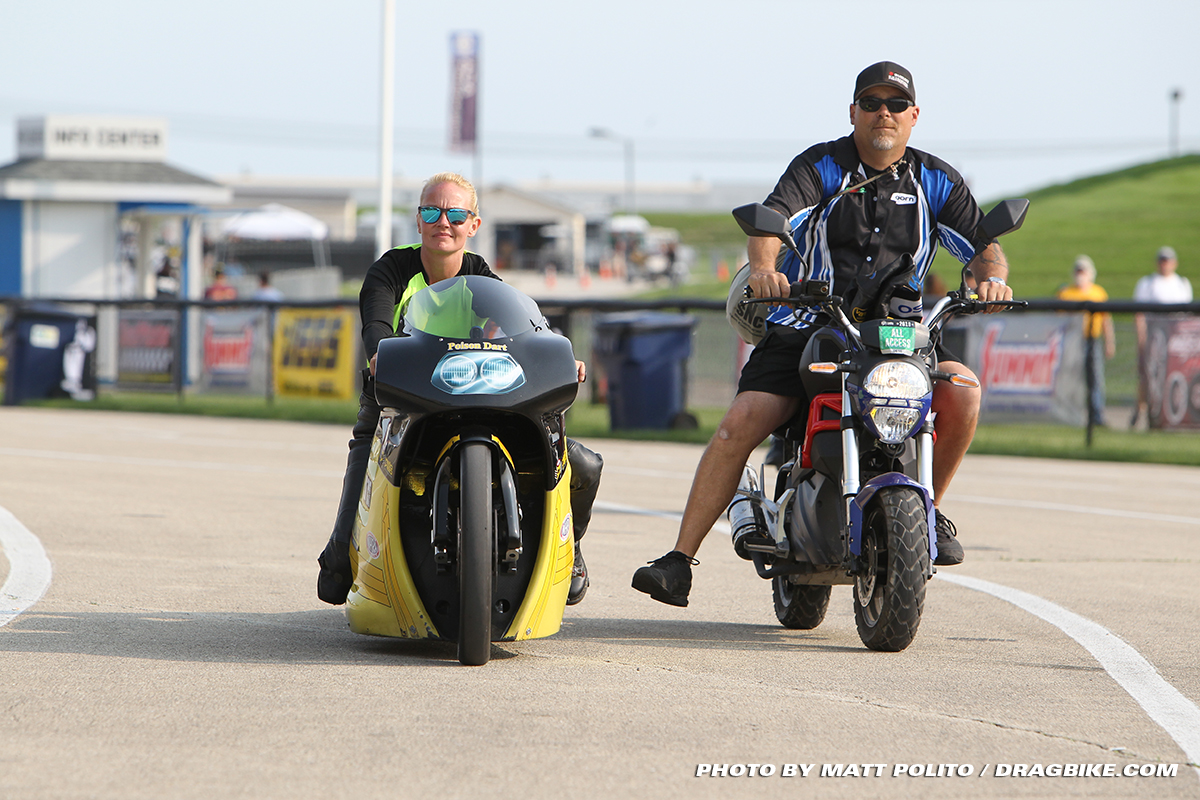 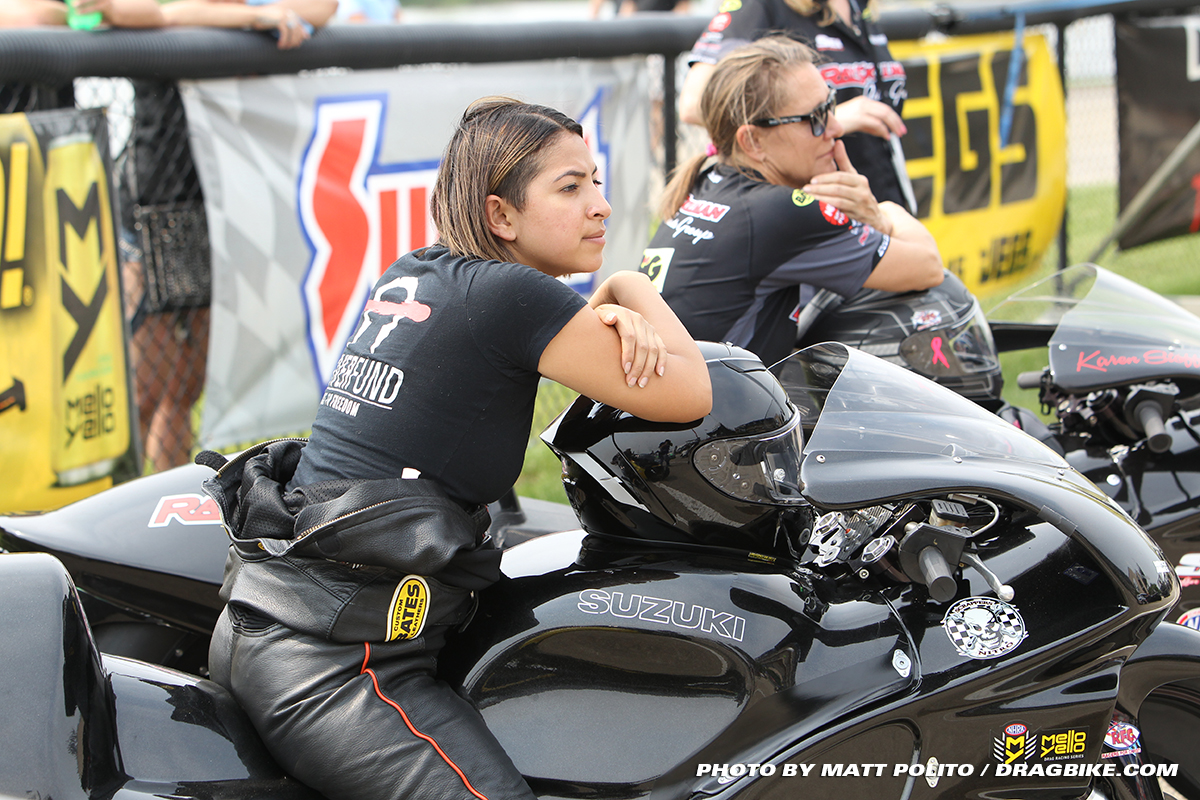 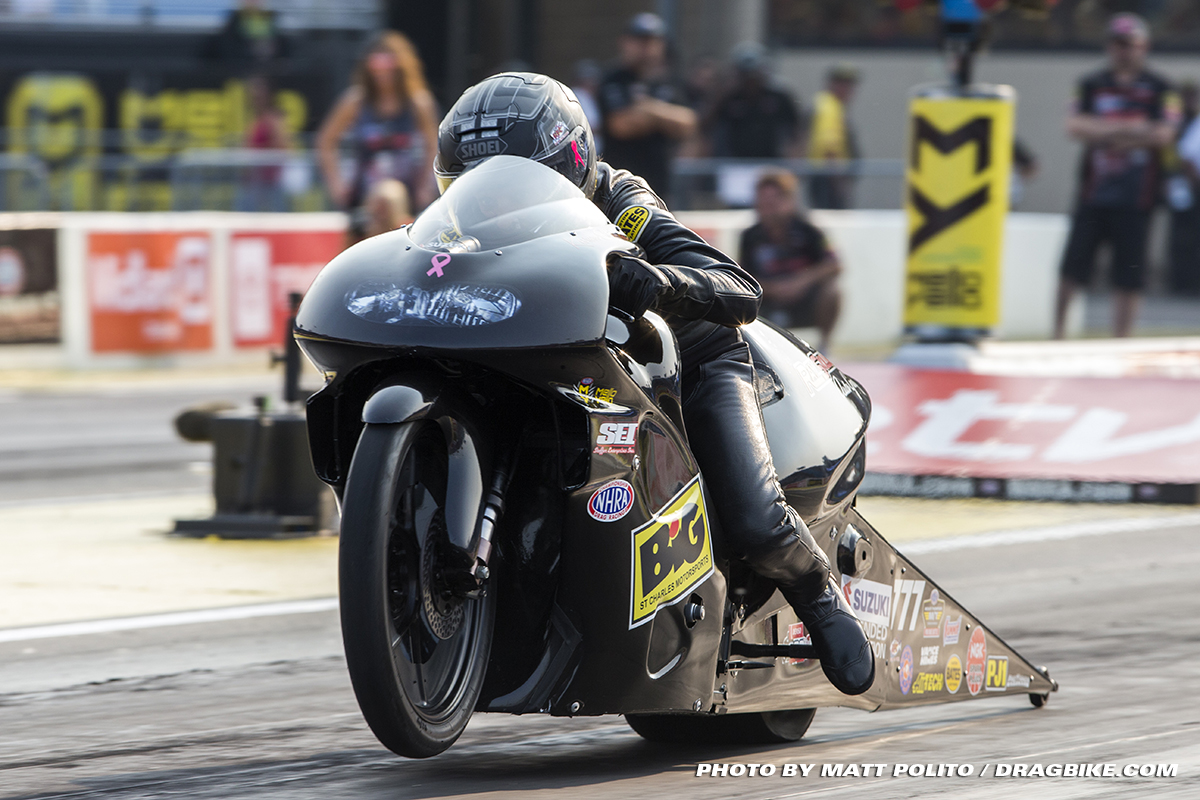 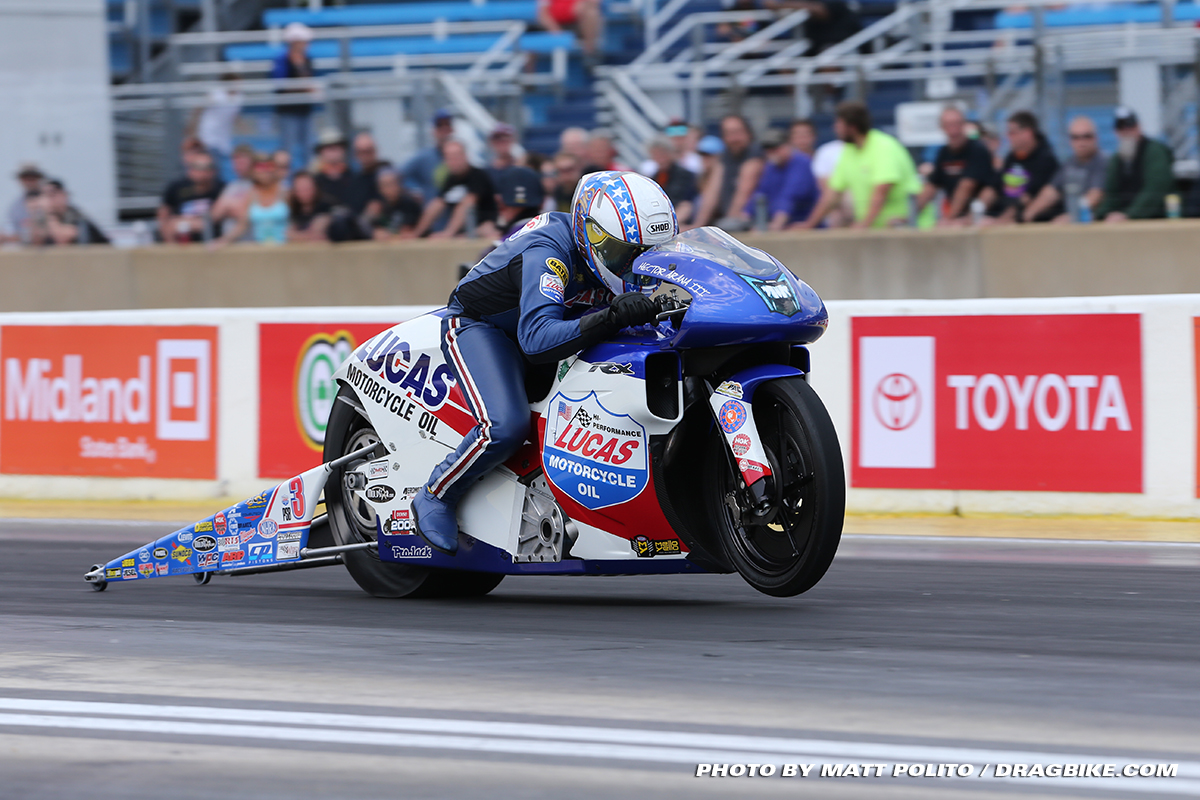 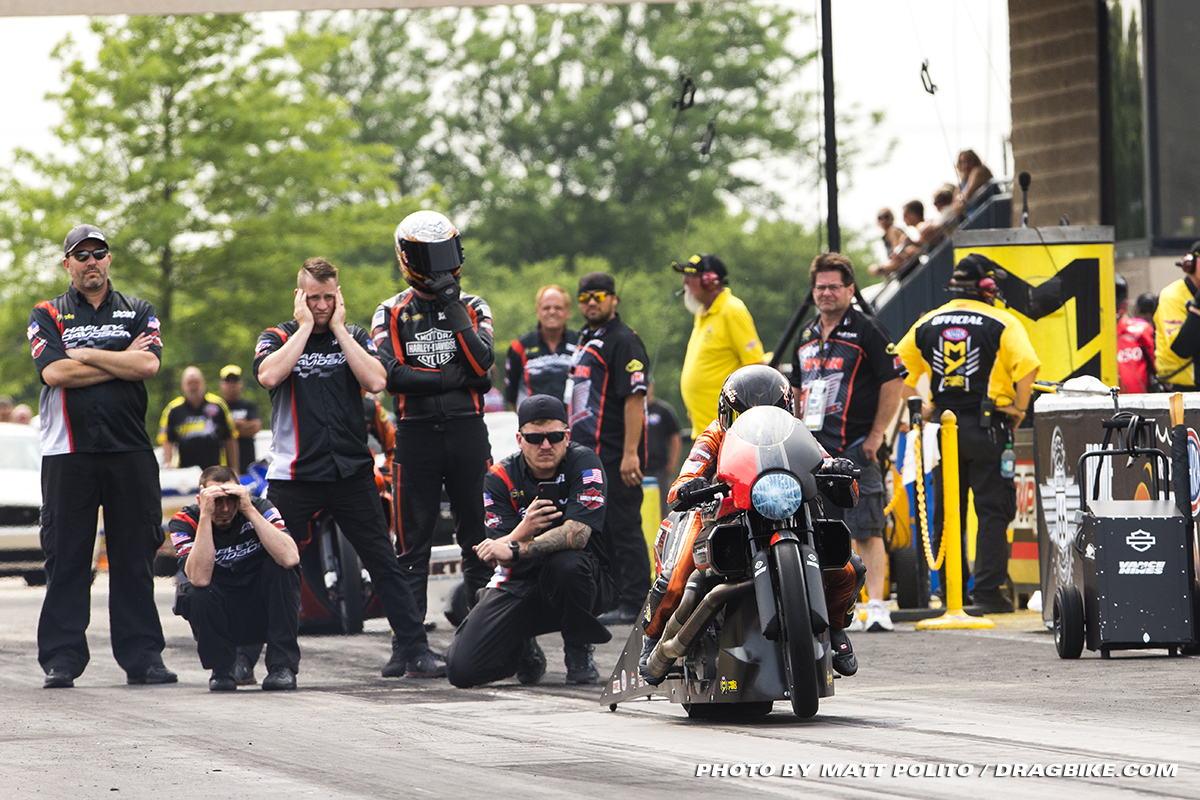 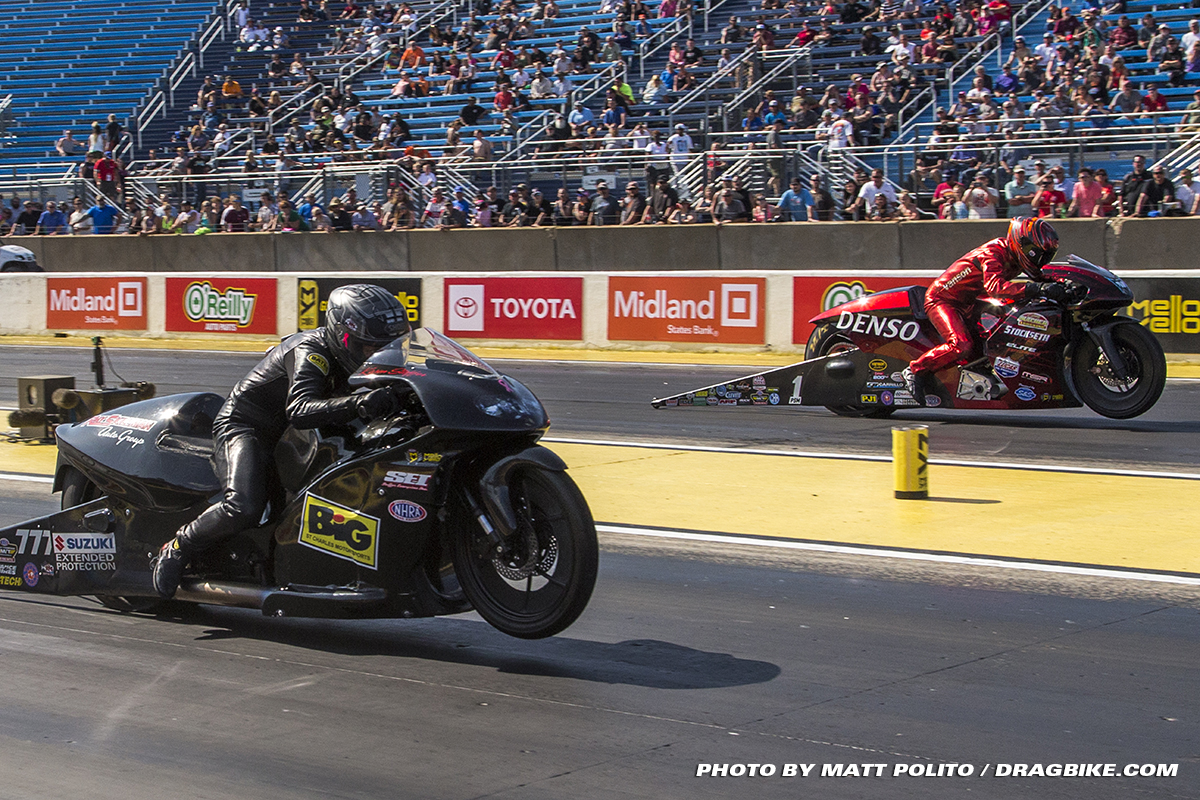 Krawiec took his second No. 1 qualifier of the season and 45th in his career in Pro Stock Motorcycle thanks to his 6.801 at 198.79 from Friday on his Screamin’ Eagle Vance & Hines Harley-Davidson. Krawiec will be racing for his first victory of 2019 after watching teammate Andrew Hines win four of the first five events of the year. Defending world champion Matt Smith qualified second with a 6.819 at 200.00 and Hines sits third after a run of 6.835 at 197.62. 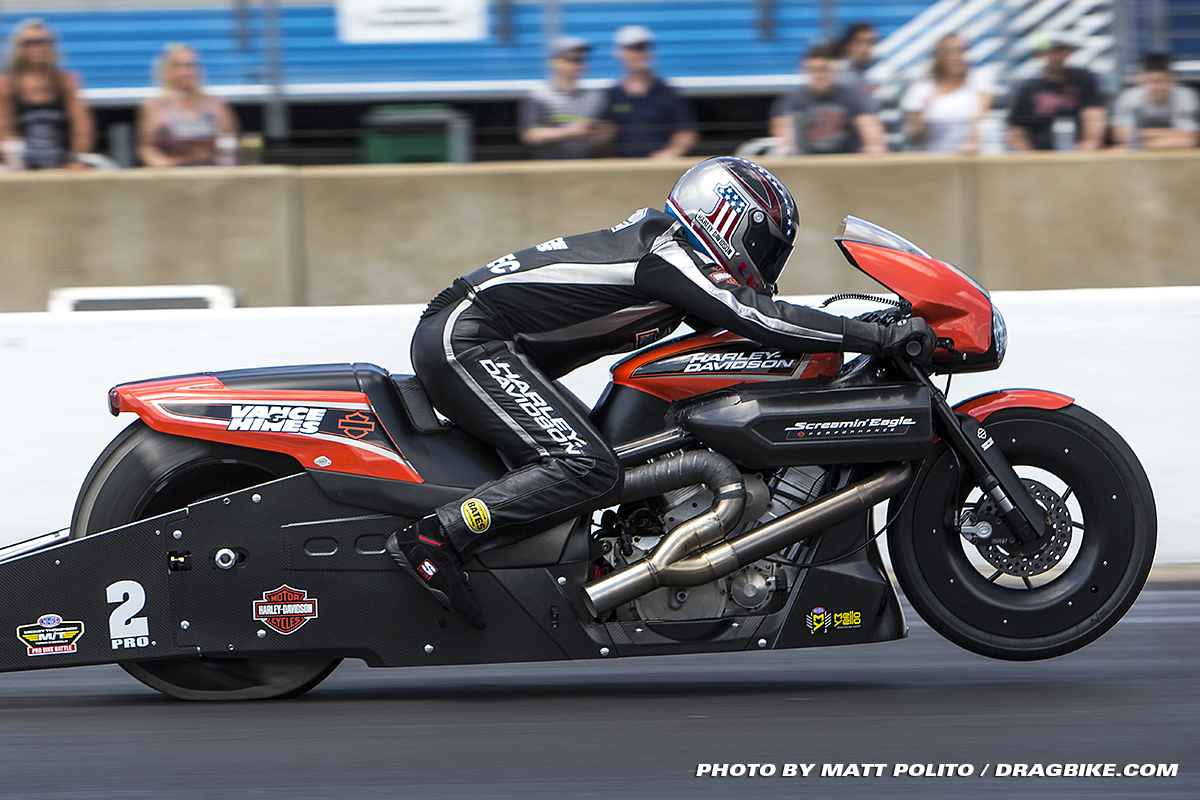 “I’ve got a great crew that’s behind me,” Krawiec said. “It’s just fun to come out here and have a great bike going into raceday. I’m just looking at making good, cleans laps because that’s what it’s going to take to win.”

Krawiec sits atop Pro Stock Motorcycle qualifying on Friday evening after his pass of 6.835 at 196.87 on his Screamin’ Eagle Vance & Hines Harley-Davidson Street Rod. Defending world champion Matt Smith follows in the second spot with his run of 6.837 at 198.32. 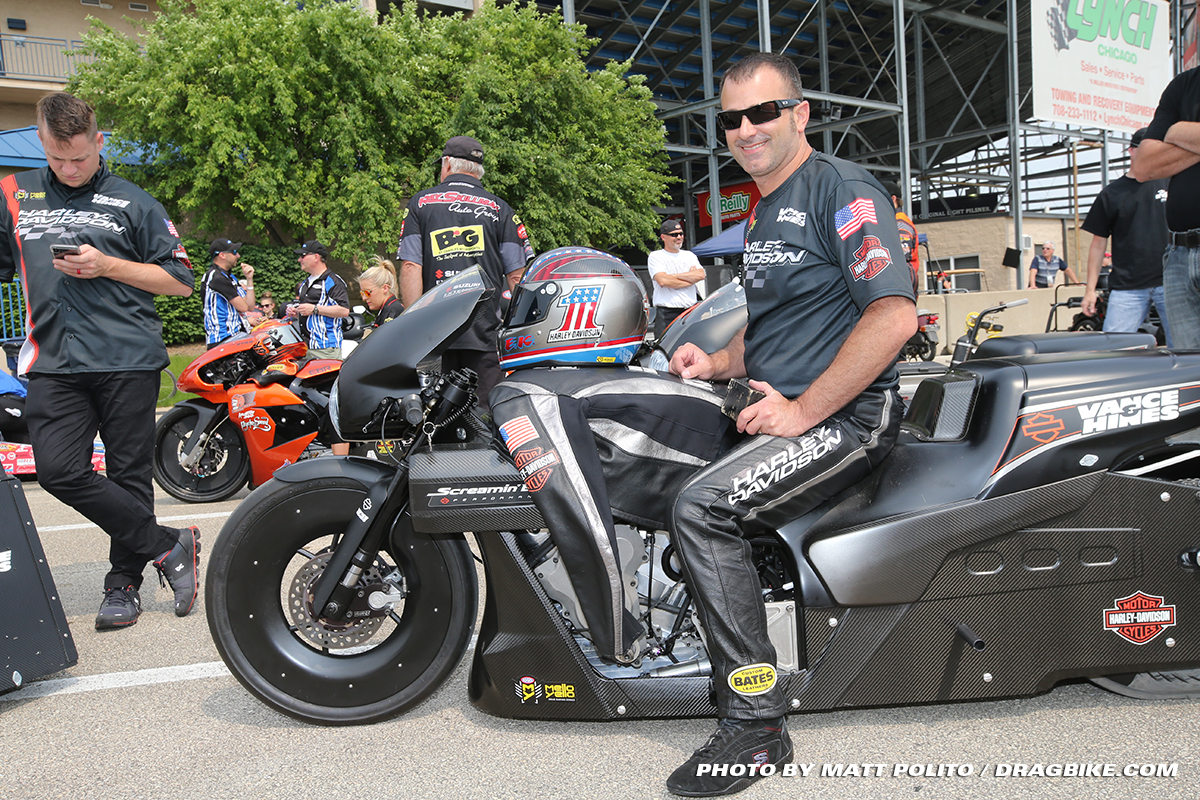 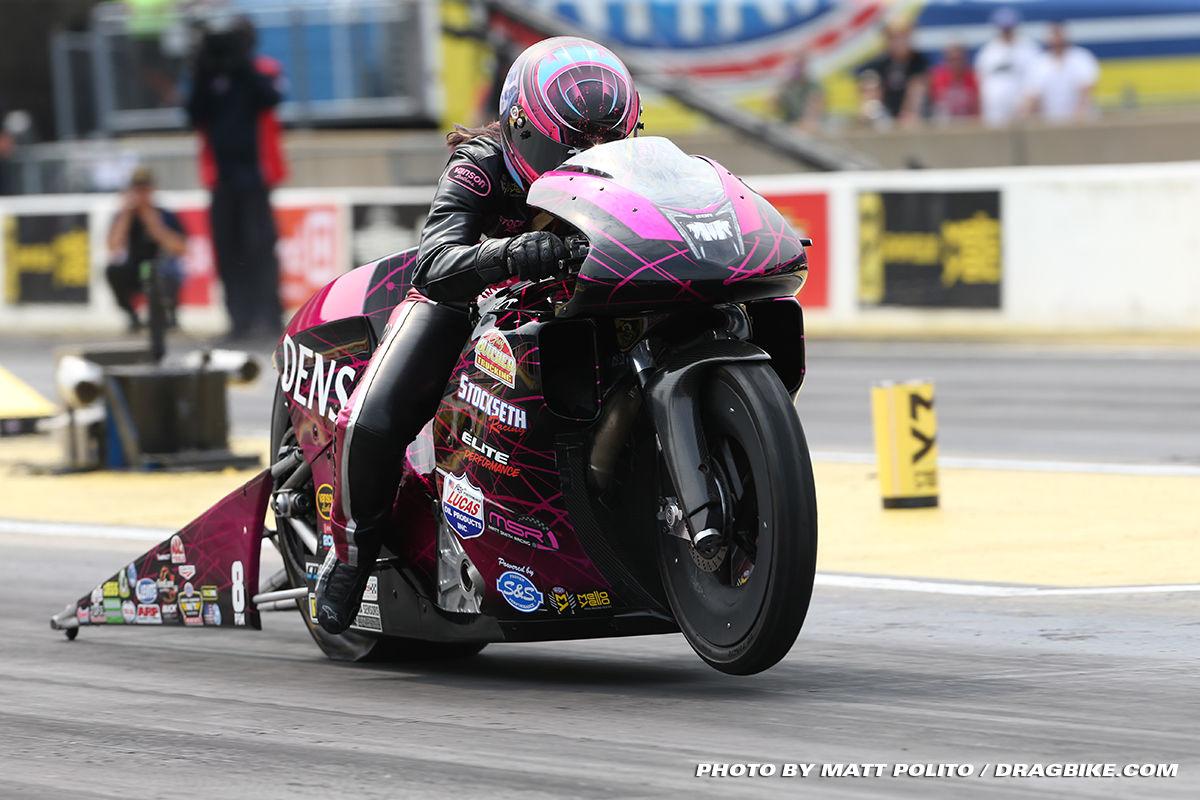