Andrew Hines knows what it feels like to taste success at Atlanta Dragway, doing it three times in his Pro Stock Motorcycle career, including the most recent visit to the track. But to win the 40th and final race in Atlanta at this weekend’s Lucas Oil NHRA Southern Nationals at Atlanta Dragway, he’ll have to do it on a brand new motorcycle.

The six-time NHRA Camping World Drag Racing Series world champion will debut a new Vance & Hines V-Twin Buell this weekend, as Hines will make his first appearance of the 2021 season. A perfect first race of the season would include finishing as the final winner at Atlanta Dragway, something Hines, who has the most wins in Pro Stock Motorcycle history, believes is possible after a solid day of testing with the new bike on Tuesday. 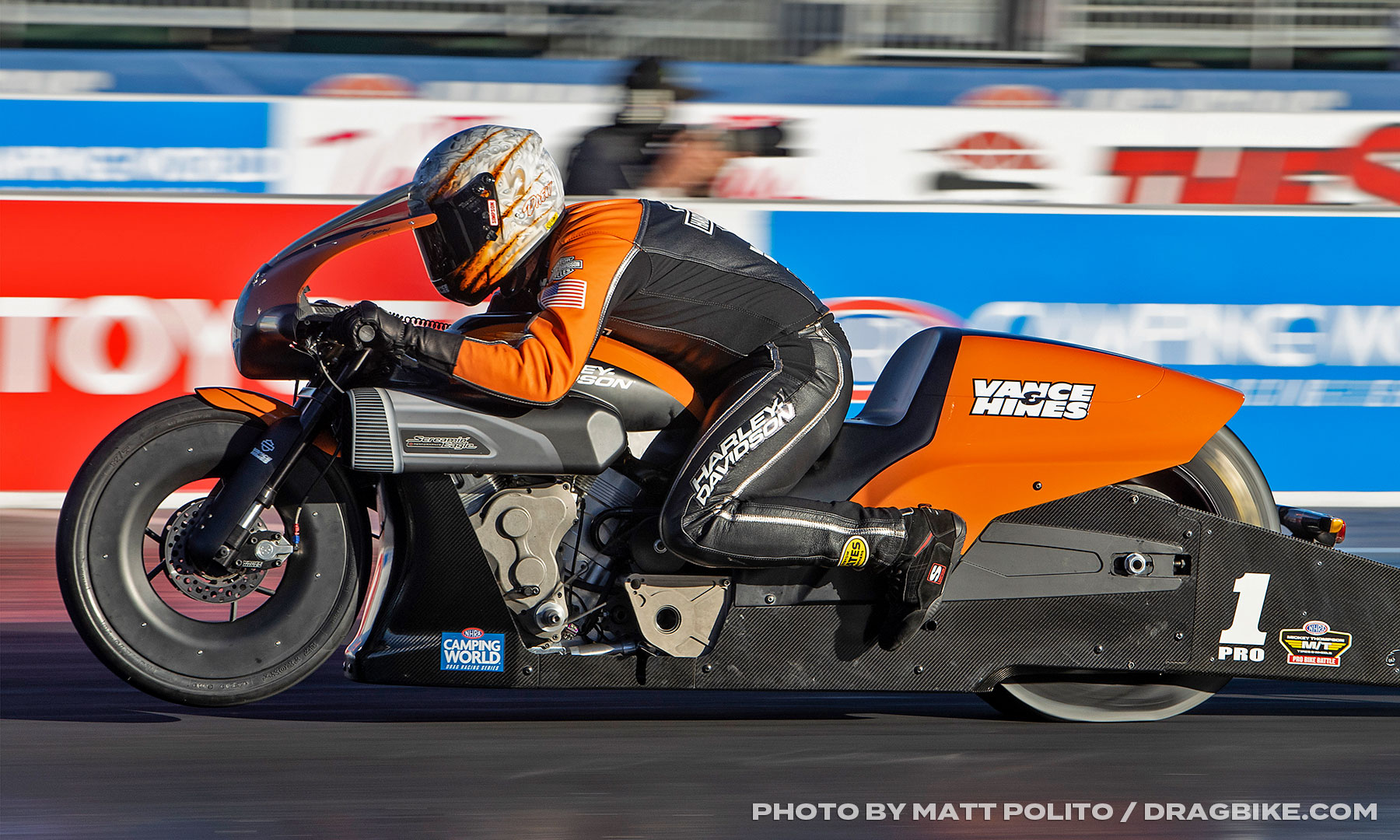 “It would be pretty phenomenal to win on a brand new bike at the final race in Atlanta,” said Hines, who has 56 career wins. “The first time on the bike was pretty successful and we’re making good horsepower, so we’ll see what we can do. Atlanta is one of those tracks where we’ve always seemed to run well, and it would certainly be cool to win this last one. There’s nothing stopping me from doing it other than all these other fast motorcycles in the class.”

To walk away with the win, Hines will have to get past a star-studded and deep field in Atlanta. A total of 22 bikes will be competing to send out Atlanta Dragway in style, including the likes of defending world champ and Gainesville winner Matt Smith, Las Vegas winner Ryan Oehler, teammates Eddie Krawiec and Angelle Sampey, Angie Smith, Scotty Pollacheck and Steve Johnson. 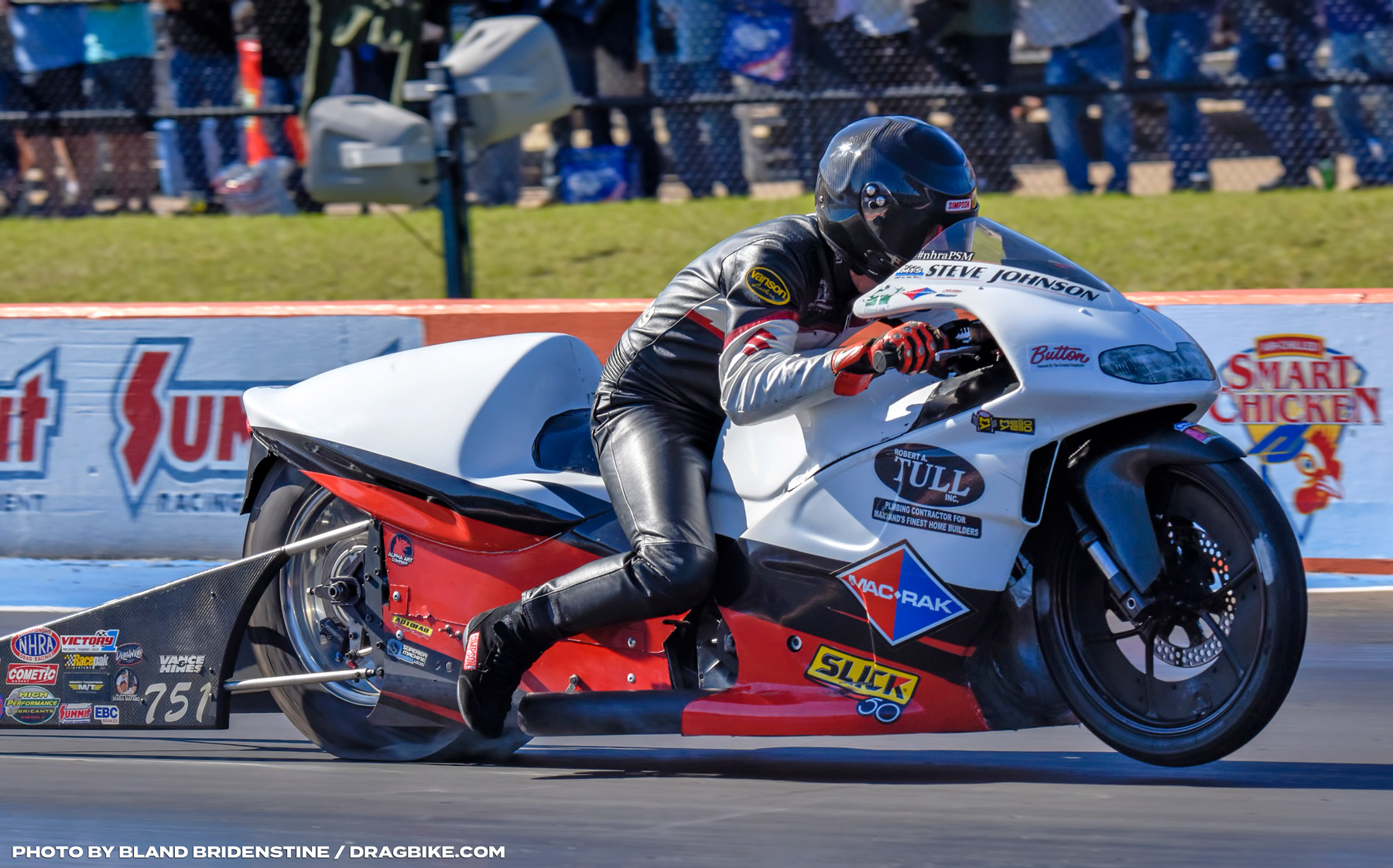 ”To get all three of us qualified will be a feat in itself with this field,” Hines said. “Atlanta has always been a good race for the bikes and looking at the entry list, it’s filled with riders who have won a race. There’s going to be a lot of top-notch bikes and, with only two qualifiers, we’re going to have to be on our ‘A’ game and make sure each run counts.”

The Southeast Nostalgia Pro Stock Association will also be in action during the weekend at Atlanta Dragway. Several classic Pro Stock cars will make runs throughout the weekend, and all the cars will be on display in a special pit display at the track. A total of six racers are scheduled to make a run on Friday, Saturday and Sunday.

Fans also have the chance to walk the fabled quarter-mile strip during the Southern Nationals Final Event SealMaster Track Walk on Sunday. Past race winners John Force, Antron Brown, Angelle Sampey, Eddie Krawiec, Greg Anderson, as well as Pro Stock icon Warren Johnson will be on hand to welcome fans. The Track Walk will be limited to 250 people, and fans can purchase tickets for $50. Each guest will also receive a limited-edition Warren Johnson mini helmet (a number of which will be signed by Johnson) and a limited edition poster.

Camping World Drag Racing Series qualifying will feature two rounds on Saturday, May 1 at 12:15 p.m. and 4:15 p.m. ET. Final eliminations are scheduled to begin at 11 a.m. on Sunday, May 2.