It is the second race of the 2021 season and anticipation is high for one of the biggest spectacles in the sport. The COVID-19 pandemic caused four-wide races in Las Vegas and Charlotte to be canceled in 2020, but the thrilling showcase of four 11,000-horsepower nitro-burning machines powering down the track simultaneously has returned in 2021. 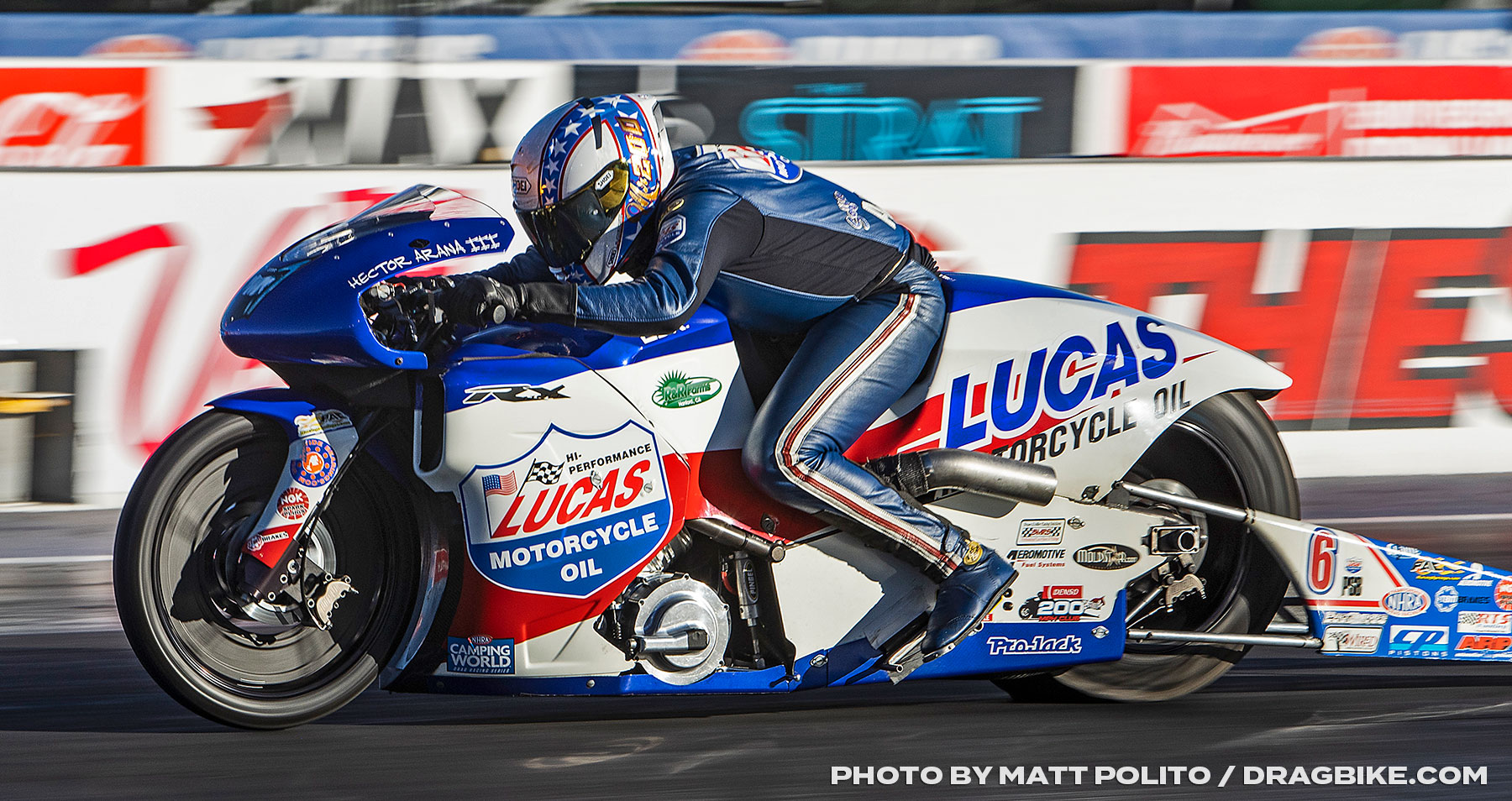 Pro Stock Motorcycle took part in four-wide racing at Las Vegas for the first time in 2019, with Hector Arana Jr. earning the victory. Things have recently belonged to the Smith family in the class, as Angie closed out the 2020 campaign with a win at the class. Her husband, reigning world champ Matt Smith, followed by opening 2021 with a victory in Gainesville, impressively starting his title defense. Others to watch in the two-wheeled class include three-time world champ Angelle Sampey, Jerry Savoie, Ryan Oehler, Steve Johnson, Scotty Pollacheck, Karen Stoffer, and Joey Gladstone. 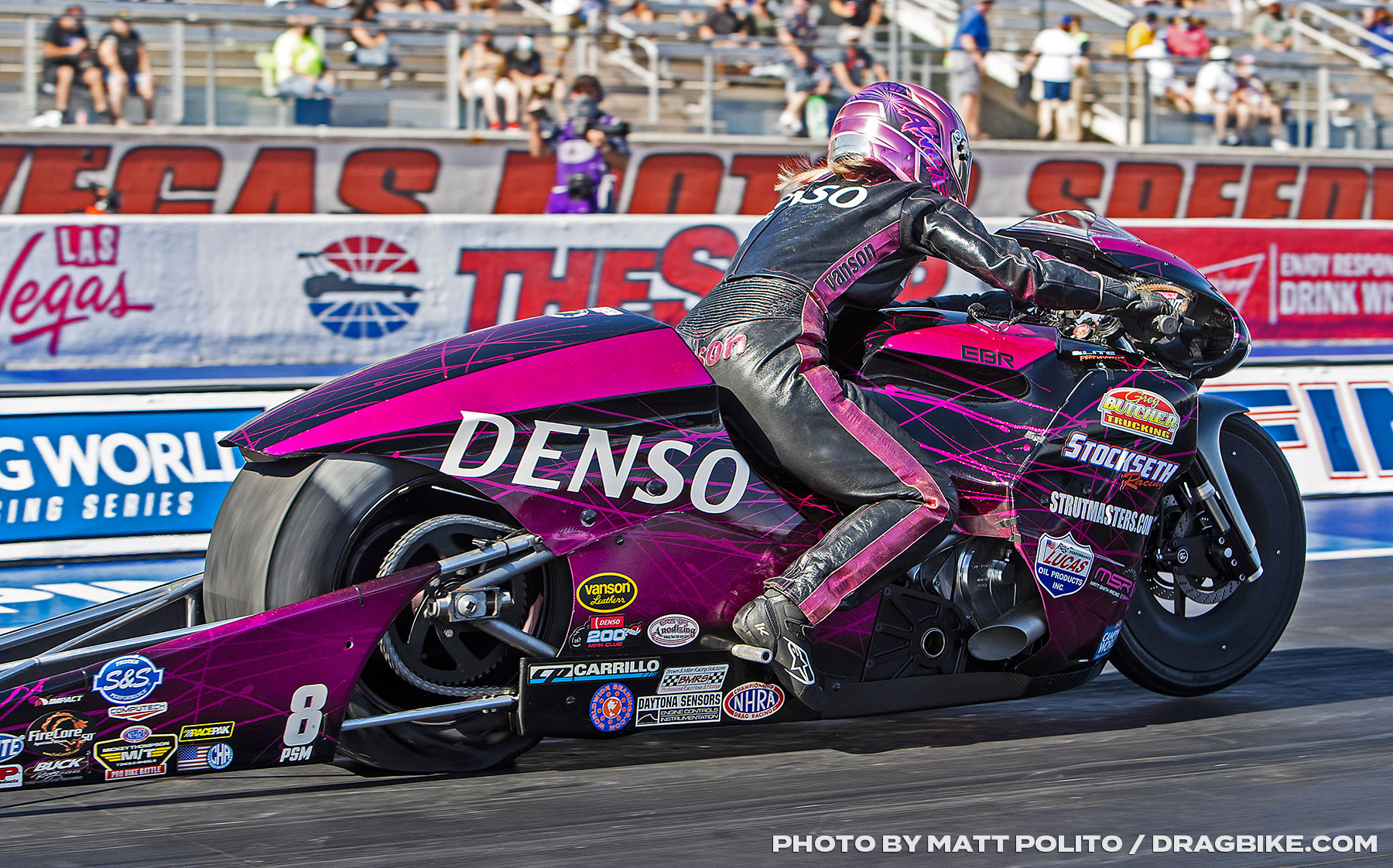 It is the second race of the 2021 season and anticipation is high for one of the biggest spectacles in the sport. The COVID-19 pandemic caused four-wide races in Las Vegas and Charlotte to be canceled in 2020, but the thrilling showcase of four 11,000-horsepower nitro-burning machines powering down the track simultaneously has returned in 2021.

Fans are also excited for the event, as all grandstand tickets have been sold for the highly-anticipated weekend. State and local officials allowed the track to host fans at 50-percent capacity for the first of two NHRA Camping World Drag Racing Series events at the famed Strip at Las Vegas Motor Speedway. Clay Millican Top Fuel veteran, who pilots the 11,000-horsepower DENSO/Parts Plus dragster is one of many thrilled for the return of four-wide racing as well, especially since his sponsor is also the event sponsor. 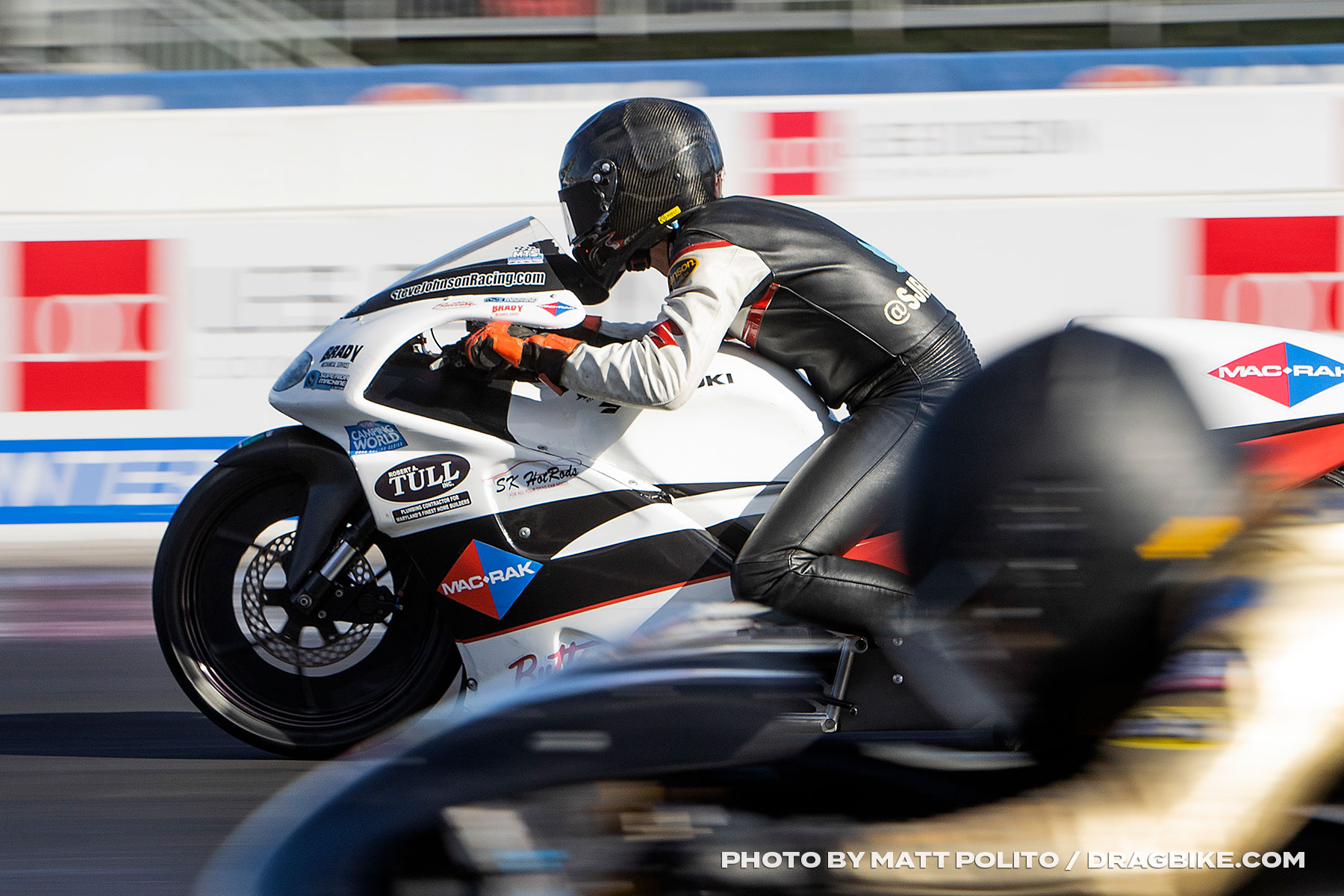 All the top stars in Top Fuel, Funny Car, Pro Stock and Pro Stock Motorcycle will look to grab early-season momentum at the fan-favorite event that provides one of the most unique experiences in motorsports. Mike Salinas (Top Fuel), J.R. Todd (Funny Car), Bo Butner (Pro Stock) and Hector Arana Jr. (Pro Stock Motorcycle) were winners of the 2019 four-wide event. This year’s race will be televised on FOX Sports 1, including finals coverage starting at 8 p.m. (ET) on Sunday, April 18. 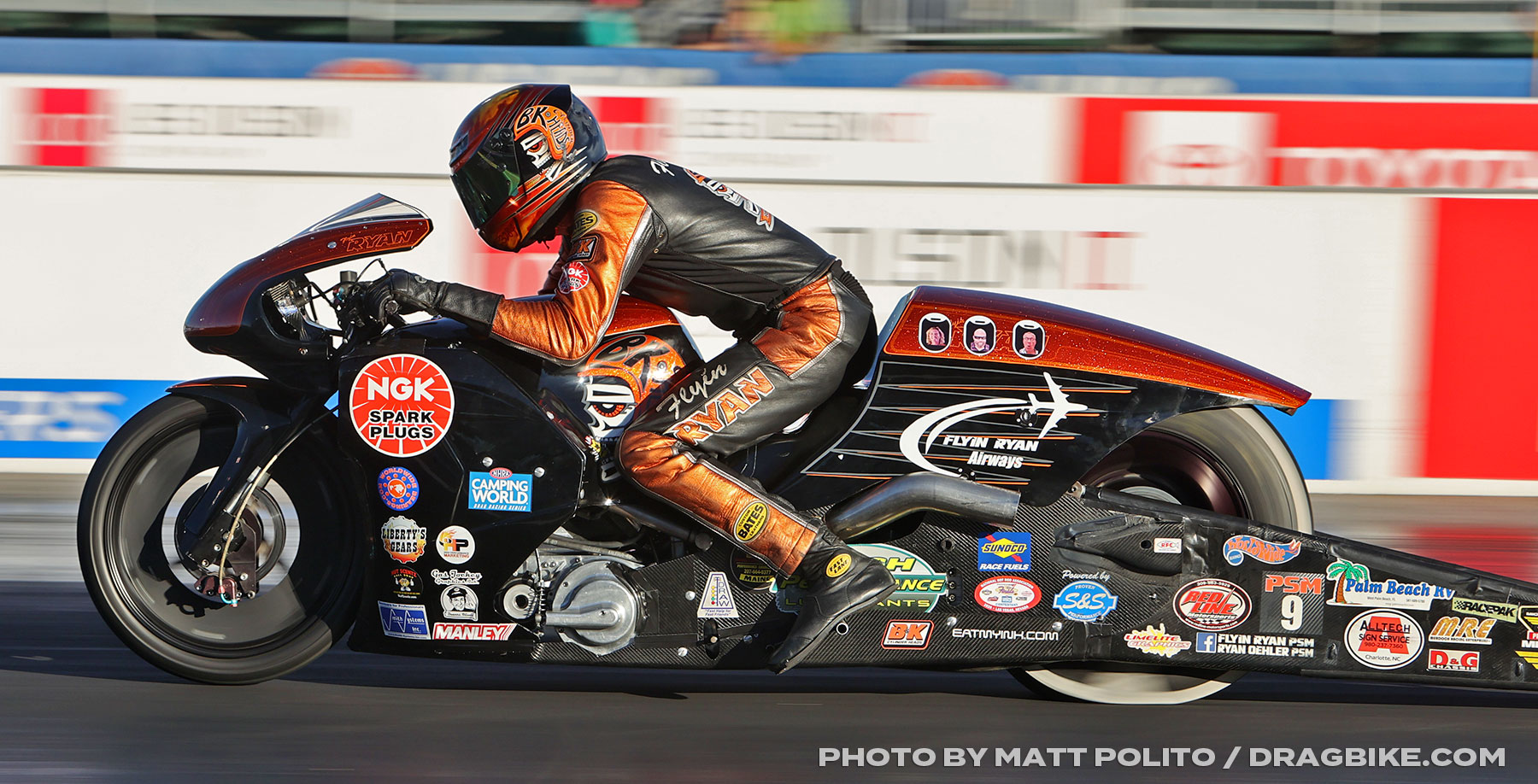 The race also includes thrilling competition in the NHRA Lucas Oil Drag Racing Series, where future stars of the sport hone their skills. The drivers in Top Alcohol Dragster and Top Alcohol Funny Car will also race in a four-wide format for the first time in class history. After qualifying on both days, fans can watch the thrilling Lucas Oil “Muy Caliente” jet car. Jet cars are thrust-driven propelled by jet engines with exciting pre-run flame shows.