Krawiec finished atop the Pro Stock Motorcycle field with a 7.145 pass at 188.28 in his Screamin’ Eagle Vance & Hines Harley-Davidson to defeat Matt Smith in the final round. After notching his 35th career No. 1 qualifier on Saturday, he earned his second victory of the season and 38th of his career.

“We’ve gotten off to a slow start since we had to switch bikes, so we were behind in terms of figuring out the strengths of this new bike and how it works,” Krawiec said. “We really like where we are at currently, and we’re going to try and keep this momentum going on the West Coast.”

Krawiec remains in second following his second victory in seven events, while LE Tonglet is still atop the standings despite a quarterfinal exit. 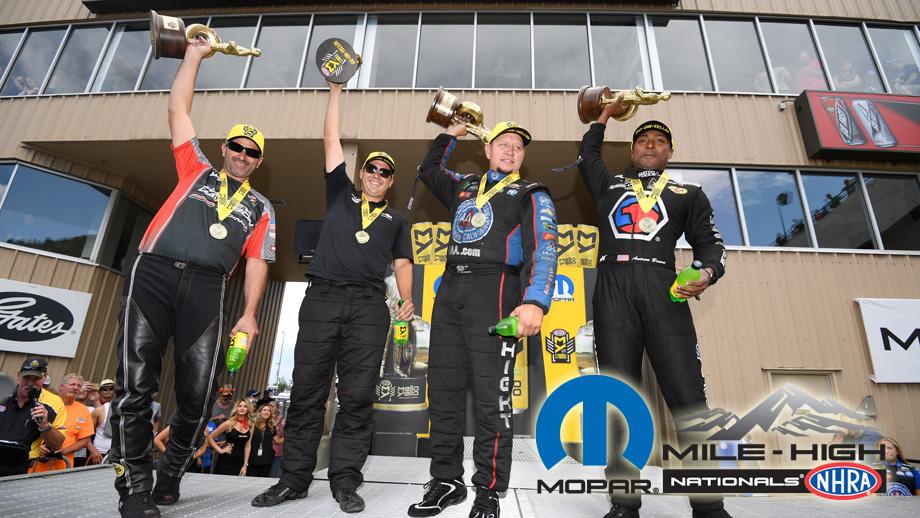 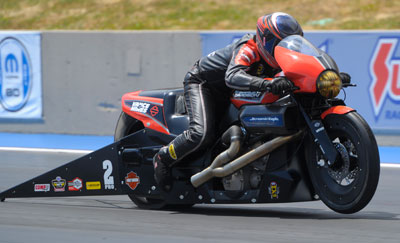 Low qualifier Eddie Krawiec lowered the boom on the bike field with a track-record 7.158, two-hundredths quicker than his qualifying pass, to defeat local runner David Hope. Krawiec’s Harley Street Rod teammate, Andrew Hines, also found the teens with a 7.197 as did no. 2 qualifier Hector Arana Jr., who clocked a 7.198. 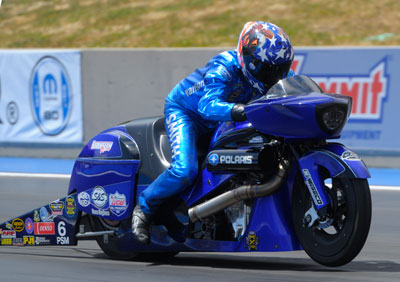 A pair of holeshots decided one half of the semifinal ladder as Matt Smith’s 7.240 trounced Andrew Hines’ much-better 7.195 and reigning series champ Jerry Savoie took down Hector Arana on a 7.192 to 7.185 score. Scotty Pollacheck also ran 7.19 to beat points leader L.E. Tonglet but Eddie Krawiec had the best number of the round, 7.181, in defeating Joey Gladstone. 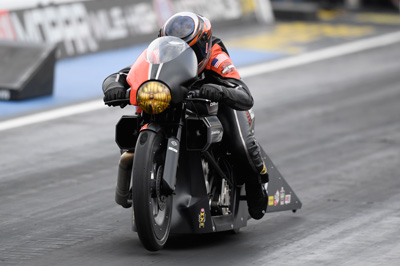 Eddie Krawiec will have the chance to deliver a first victory for the new Harley-Davidson Street Rod machine when he takes on Matt Smith, who will be seeking the first win for the Polaris Victory Magnum brand. Krawiec, who won earlier this year in Gainesville on his old V-Rod entry, has lane choice based on his 7.19 in besting Scotty Pollacheck while Smith ran 7.220 in defeating Jerry Savoie.

Eddie Krawiec, near lane, ran low e.t. of the meet, 7.145, to collect his fourth Mile-High Nationals title and the 38th victory of his career, but the race was over before it really started as Matt Smith red-lighted by .007-second. The win is the first for the new Harley-Davidson Street Rod bikes. 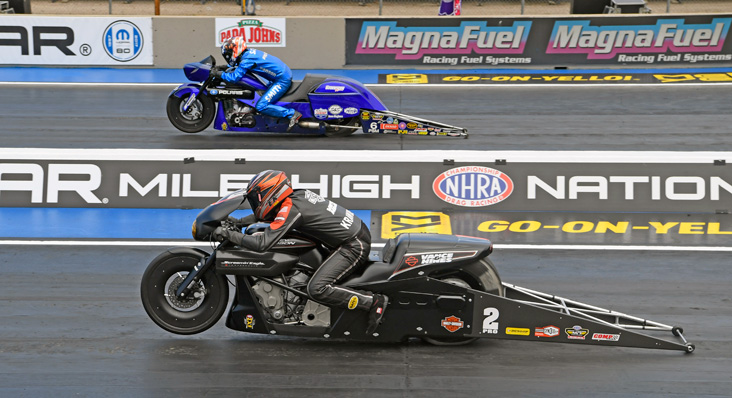