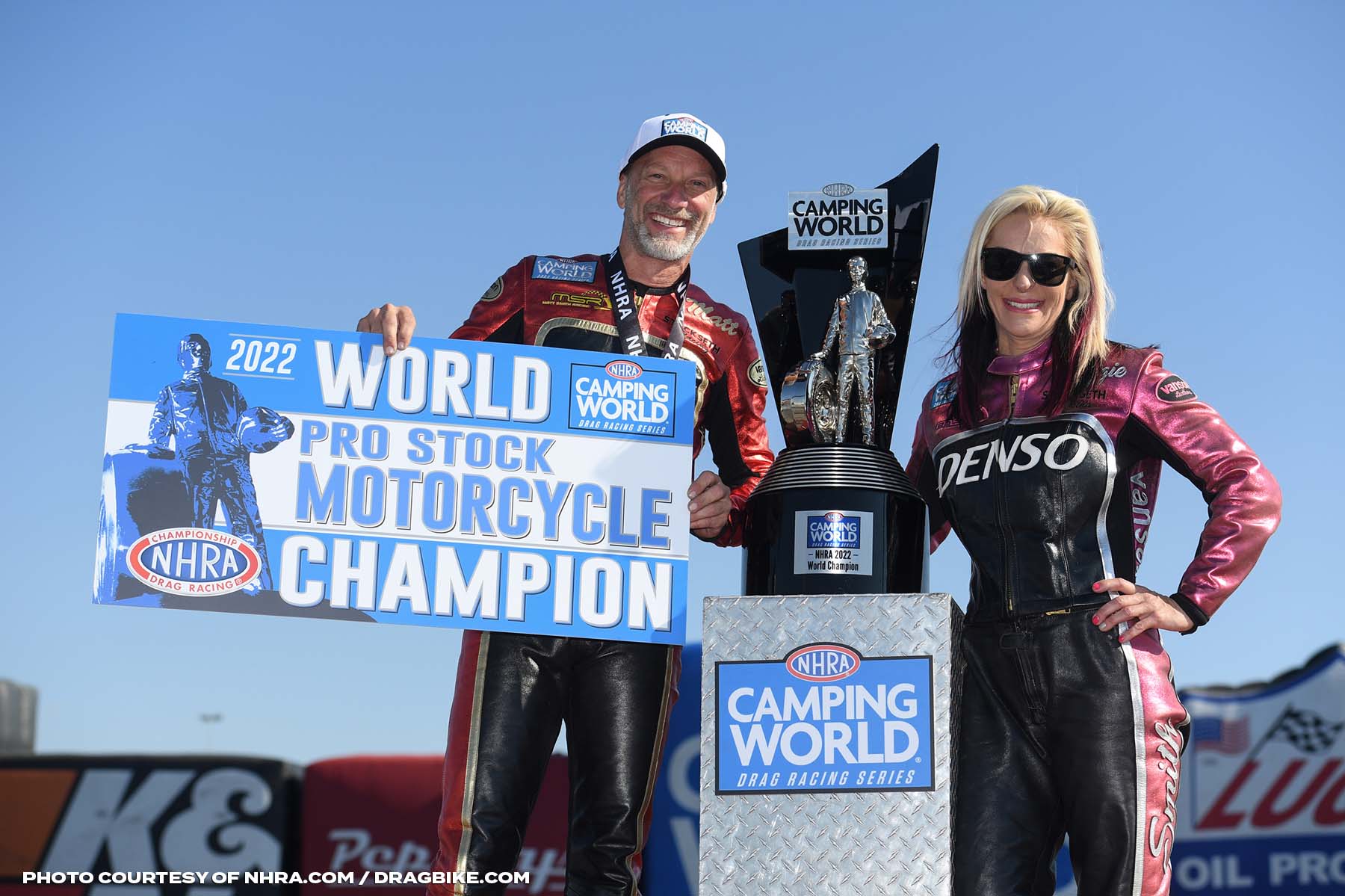 But the veteran standout had even more history on his mind this year riding his Denso Auto Parts Buell, extending his dynasty-like streak to three straight championships and four in five years. This one, though, struck an even bigger chord with Smith, as his 2022 world title in the two-wheeled category gave him six overall, tying Smith with Dave Schultz and Andrew Hines for the most in Pro Stock Motorcycle history. 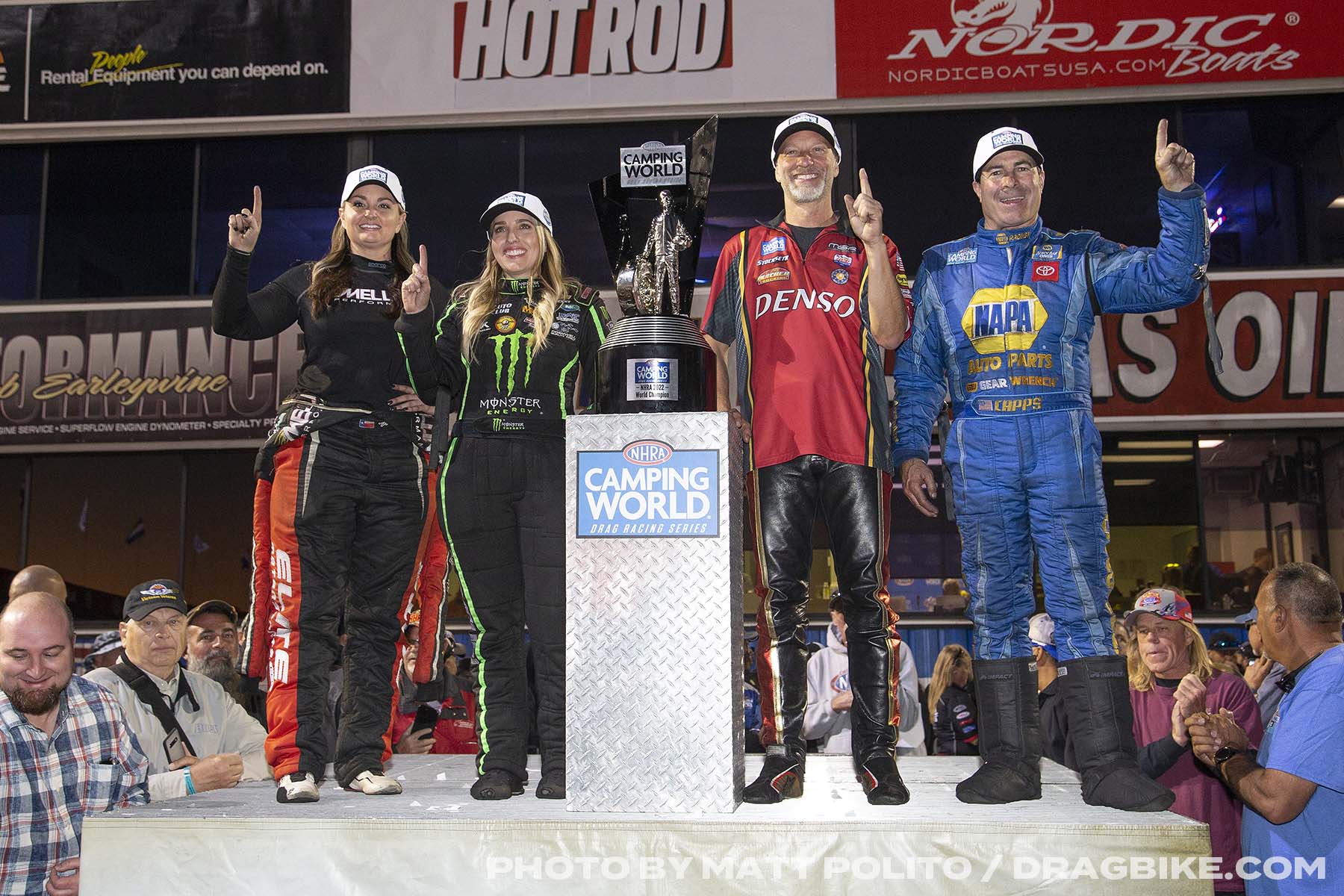 It was a mark he wouldn’t have thought possible at the beginning of his career, but an incredible run in recent years has made it possible. Reaching that mark was Smith’s major goal all season long, one he accomplished in standout fashion with another terrific year. 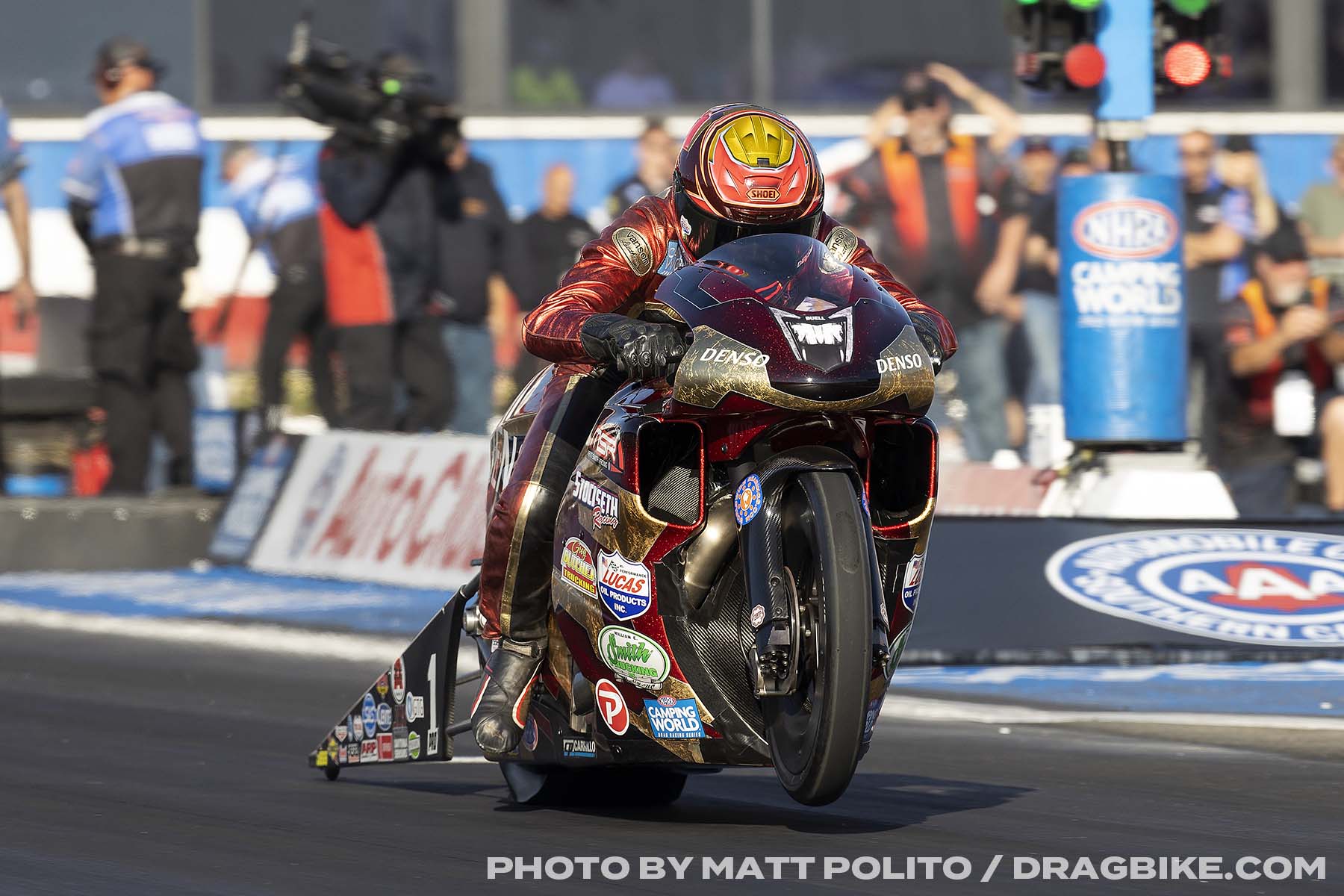 “I always looked up to Dave. He was the best out here and just to have my name associated with him and Andrew, and to tie them for the most championships in NHRA (Pro Stock Motorcycle) history, it’s amazing,” Smith said. “Hopefully I’m not done. I turn 50, but I’m not done yet. I’m going to continue this and hopefully go above and beyond and get a seventh championship.” 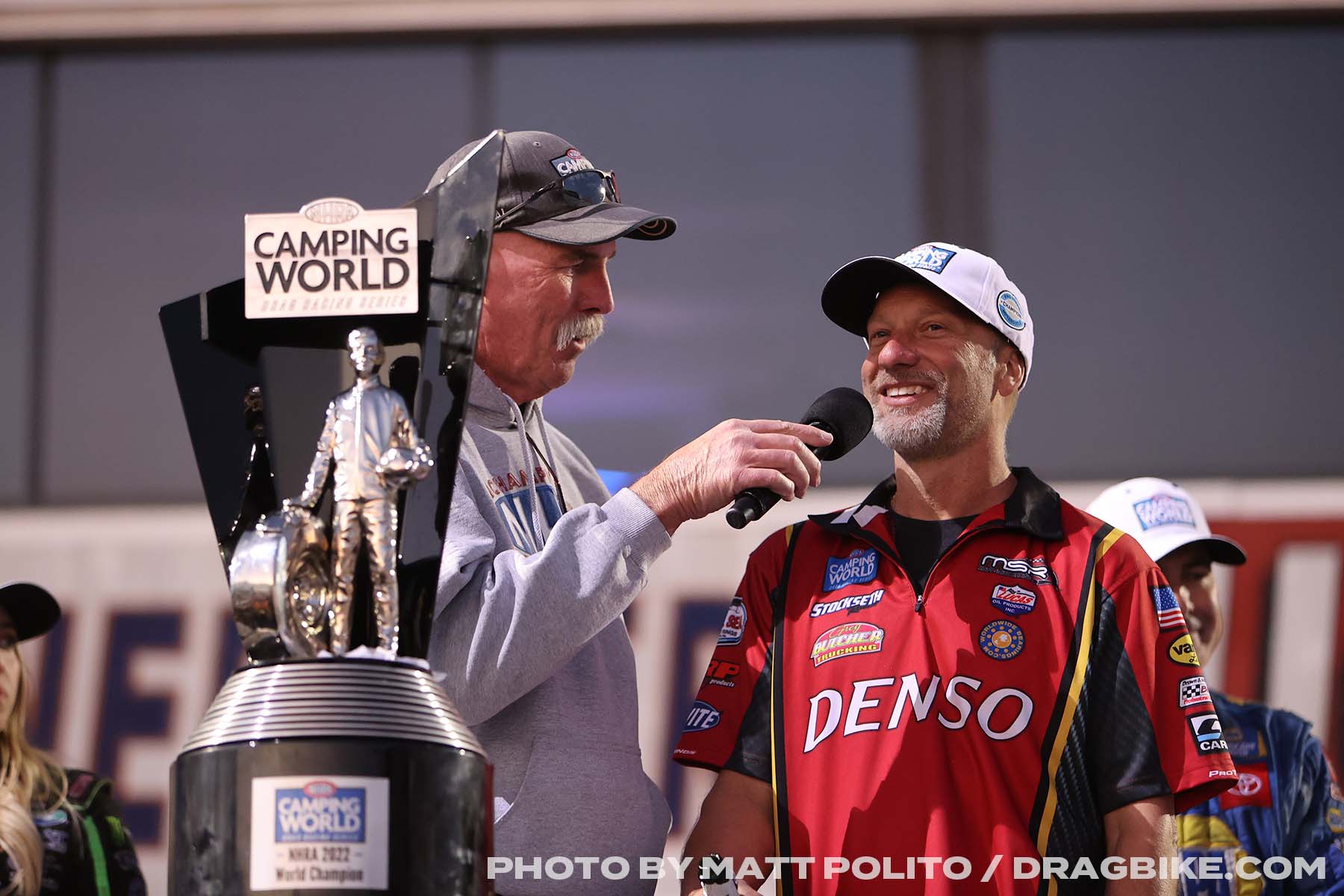 It would be hard to doubt Smith at this stage, as he’s been nearly unstoppable since 2018. He put on a show again this year, winning on both a Suzuki and a Buell, and distancing himself from the field during the Countdown to the Championship playoffs.

He opened the year with an early-season victory in Virginia, winning on a Suzuki before opting back to the Buell on the Western Swing. That led to a dominating performance in Denver, pushing Smith from sixth to third in points, and he jumped into the lead at Indy by taking a victory at the prestigious U.S. Nationals. 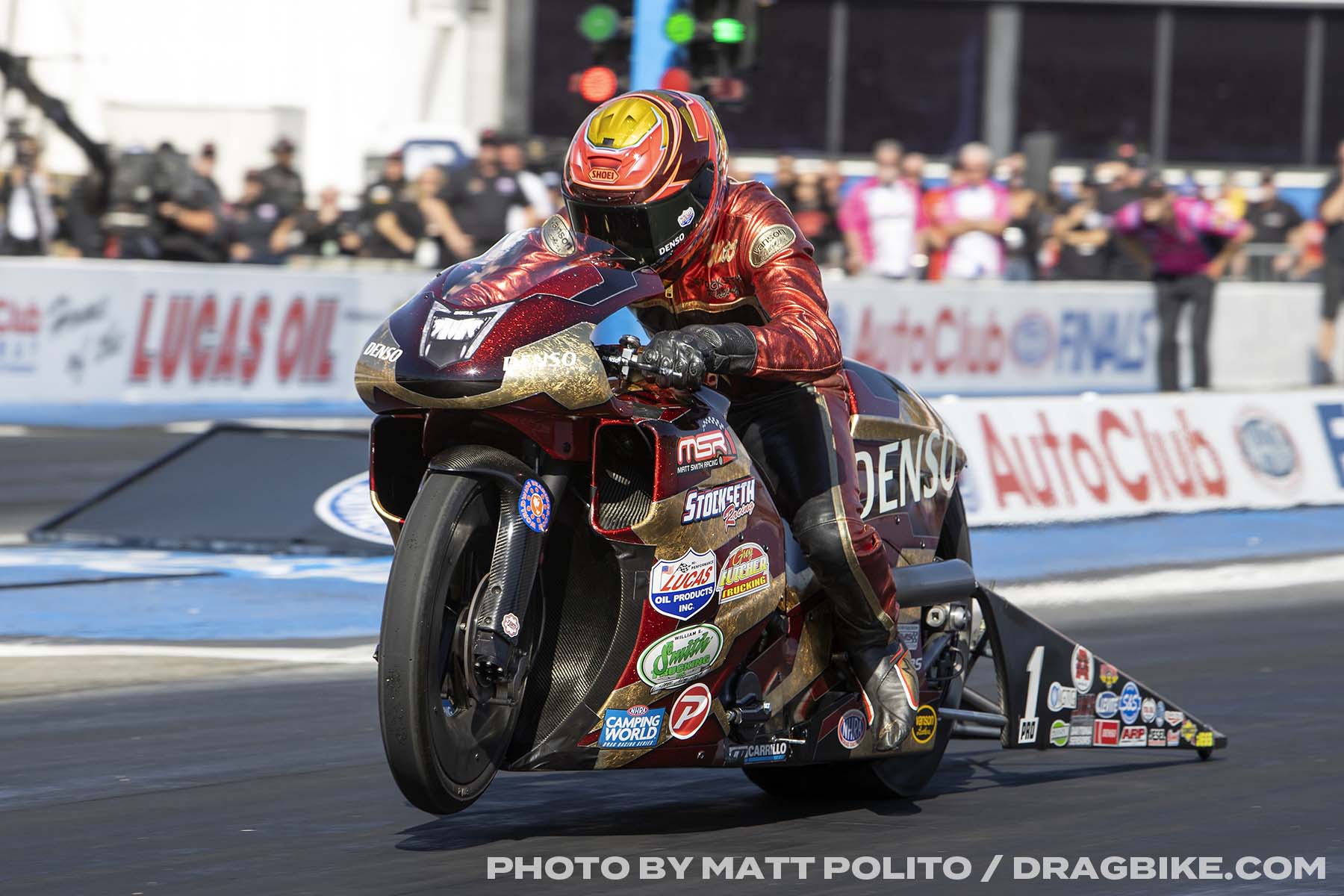 That made him – once again – the man to beat in the postseason and after an early slip-up in Reading, losing in the second round, Smith went to work. He qualified first and won in St. Louis and added another No. 1 qualifier and runner-up appearance in Las Vegas, taking control while his rivals fell early down the stretch. The sixth title became reality with his first-round win in Pomona as Smith continued to reign supreme in Pro Stock Motorcycle. 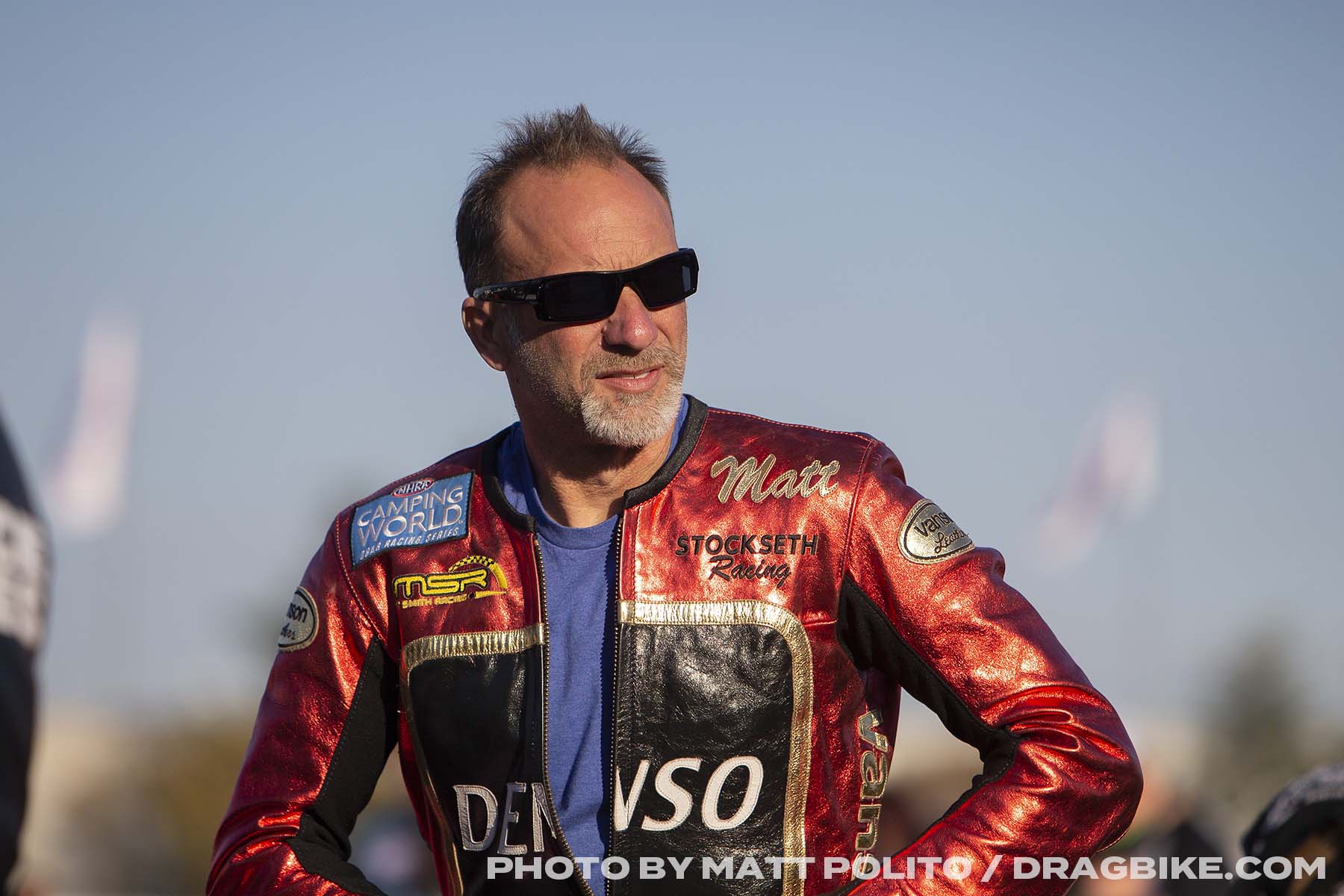 “This Denso bike has been awesome all year. To be the only Pro Stock Motorcycle rider that’s won every (NHRA) championship with Camping World so far, it’s pretty amazing,” Smith said. “People don’t realize how much effort you have to put into this class. We work harder in the off-season than we do all year long.”

That work came to fruition at the perfect time, as Smith used the early portion of the season testing different things on his Suzuki. He went back to the Buell just as everything was heating up in the class, as the points lead changed hands at six straight events in the category. That included Steve Johnson, who won twice this year, Angelle Sampey, Smith, and Joey Gladstone all leading during that stretch, with Smith leading over the final four races. 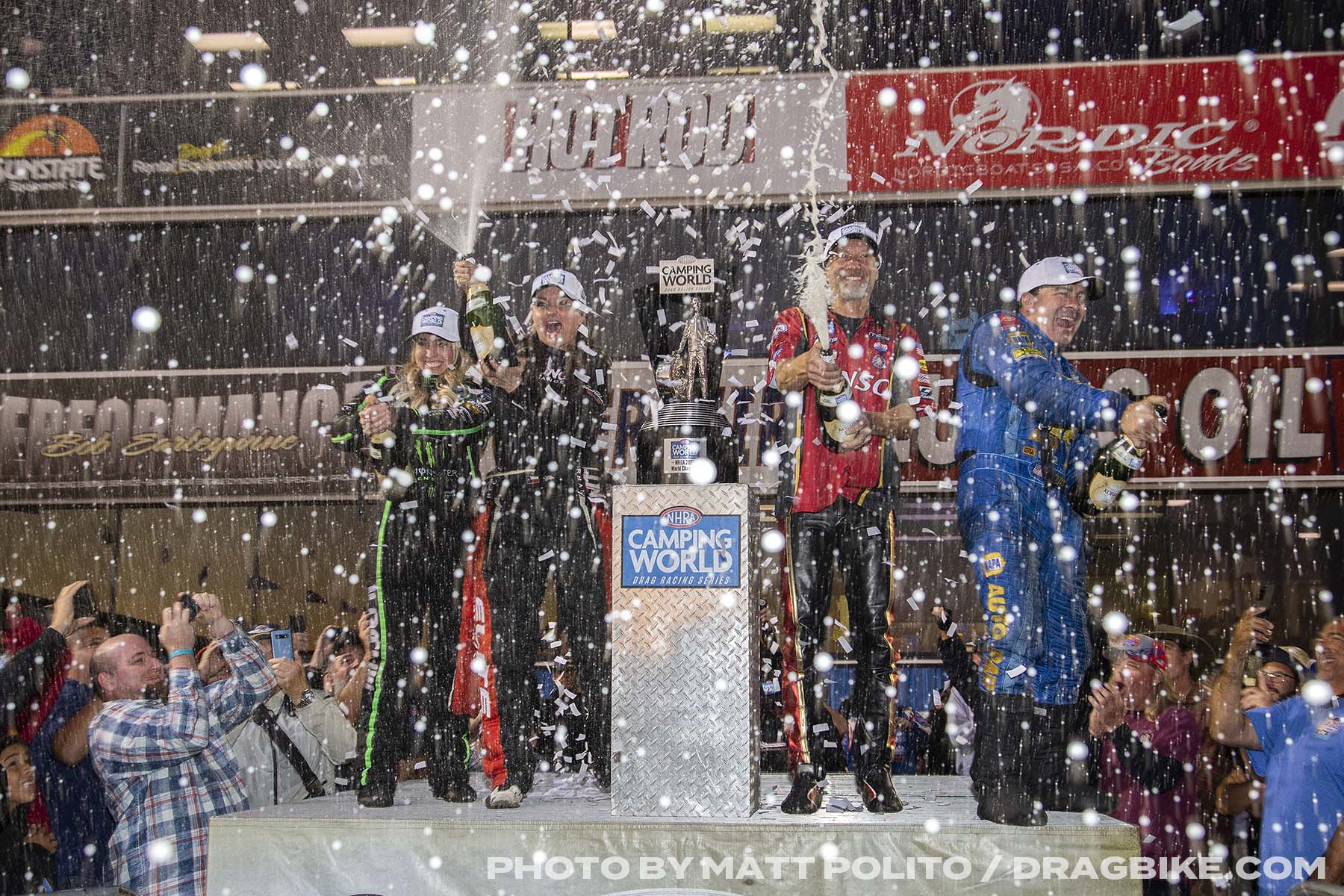 Gladstone enjoyed a breakout year, winning his first career race in Sonoma and finishing 2022 with three victories and a second-place finish, while Karen Stoffer opened the season with a record-breaking run of 6.665-seconds en route to her Gainesville victory. Hector Arana Jr. won two straight in Dallas and Vegas as a playoff spoiler, while Angie Smith, who finished a career-best third in points, Sampey and Jerry Savoie also added victories in another diverse year in the category.

But like it has most years as of late, the season belonged to M. Smith, who will now spend this off-season working on the Suzuki as he looks to stand alone in Pro Stock Motorcycle history with a seventh world championship. 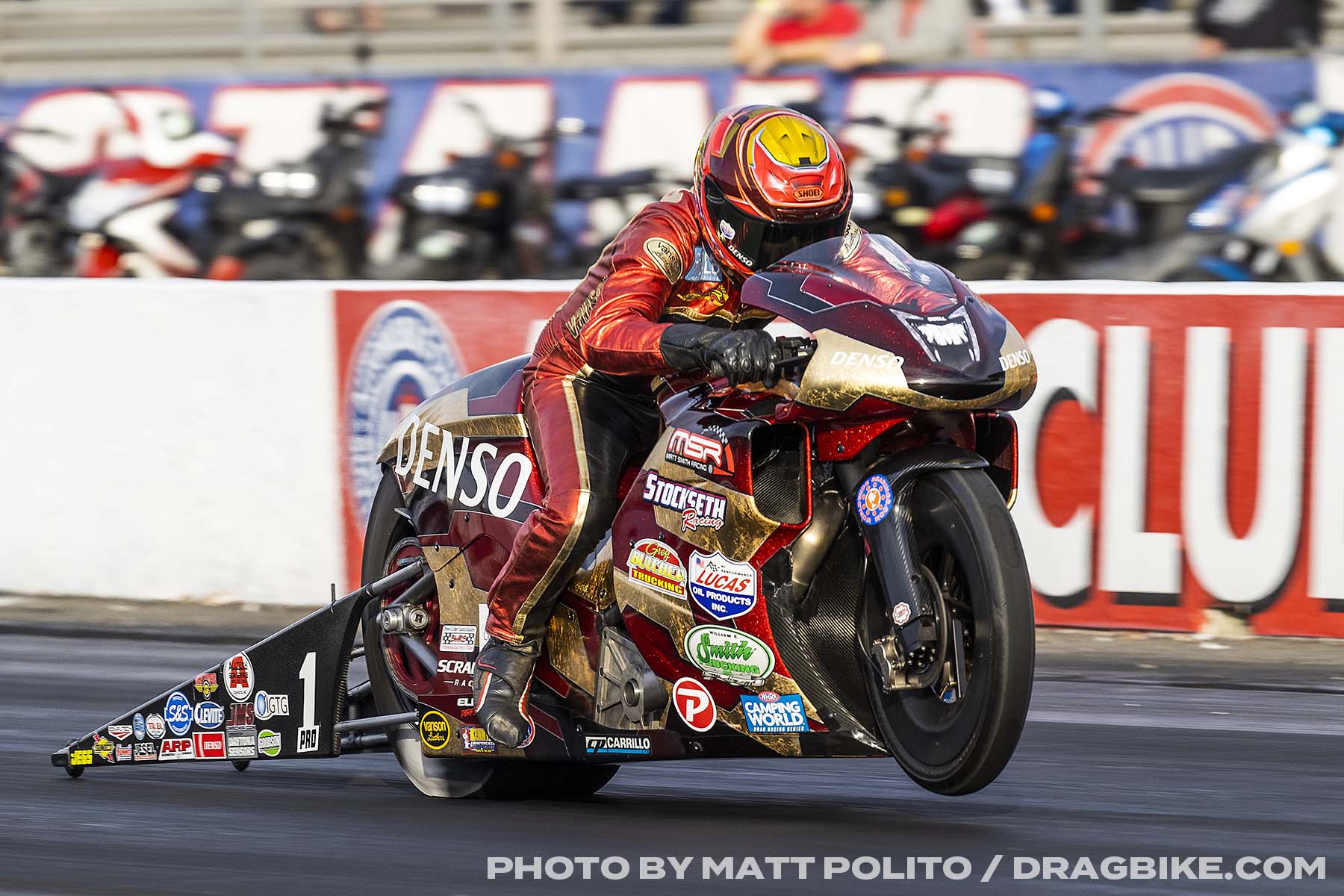 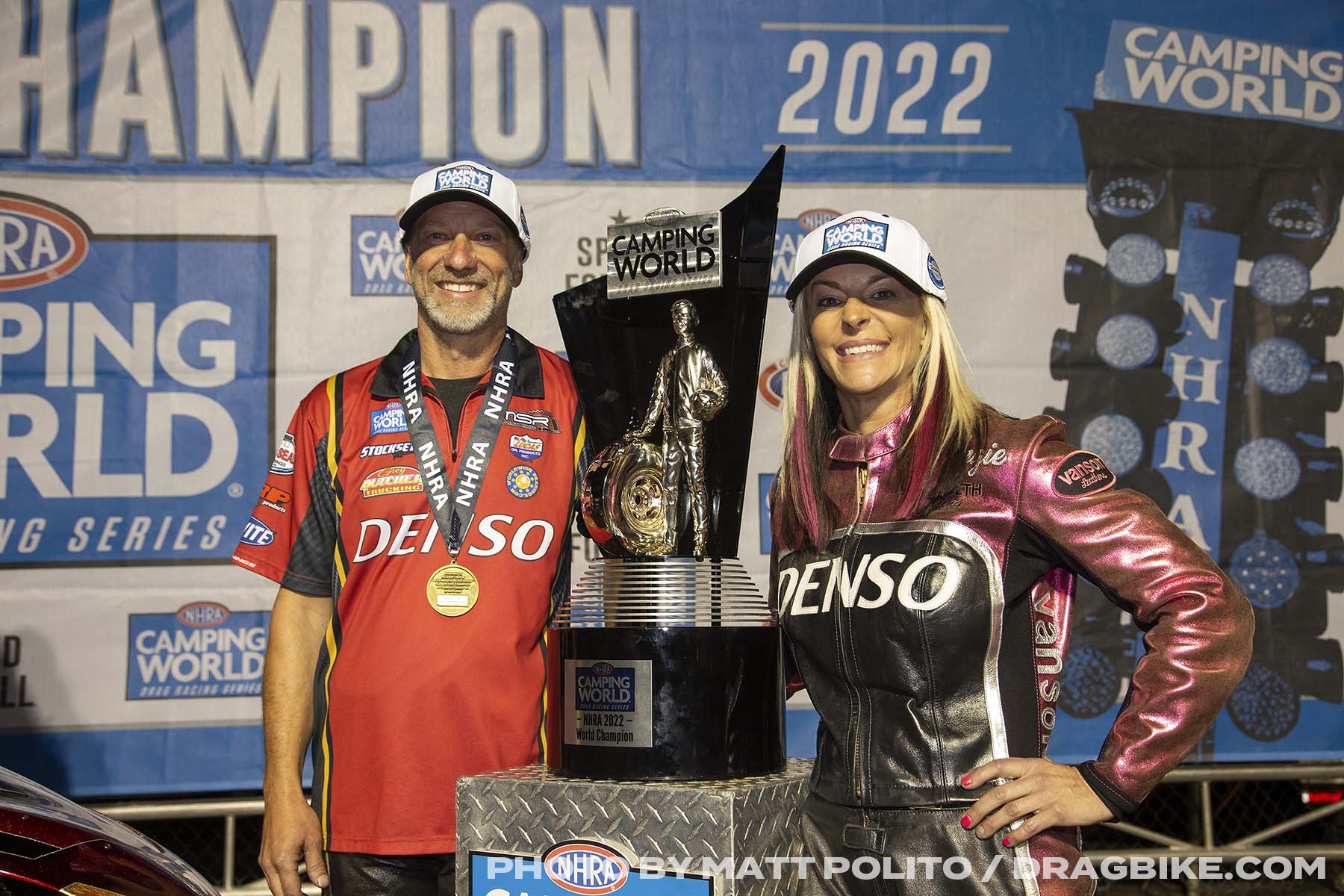