Over the course of one year, Randal Andras has gone from championship afterthought to the world champion of the NHRA Mickey Thompson Tires Top Fuel Harley Drag Racing Series, clinching his first championship at the conclusion of qualifying at the AAA Texas NHRA FallNationals. Andras didn’t just qualify for the event to earn the title; he grabbed the No. 1 spot as well with a pass of 6.201 seconds.

Andras and everyone who knows him always knew that he could ride a nitro-burning motorcycle with the best of them, but he admits that it took him two years to get his mental game right after crashes in 2106 and 2017.

The visible turnaround began suddenly in the middle of last year. After starting the 2019 season with four straight first-round losses, Andras was the runner-up in Seattle in what was just his second NHRA national event final-round appearance. His surge reached what seemed like it would be a pinnacle when he won his first NHRA trophy two events later at the sport’s biggest event, the U.S. Nationals, to finish in seventh place in the standings.

No one knew that it was only the beginning. 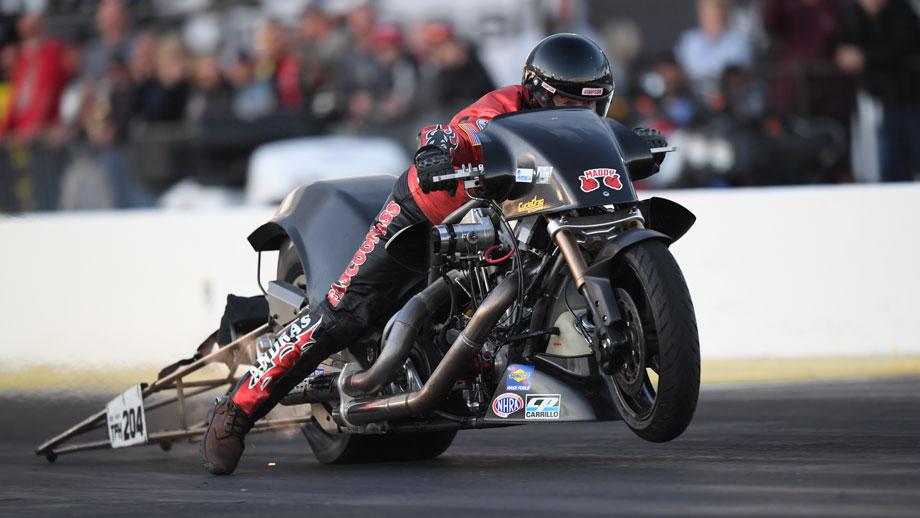 Andras and his Teche Towing/Time Energy/Rock Holdings Harley have won five of the six Top Fuel Harley events this season and has led the points standings since his victory at the season opener in Pomona. The only man to beat Andras in competition this season is his teammate and team owner, Jay Turner. Turner, the inaugural Harley champ in 2017, defeated Andras in the semifinals of the NHRA Arizona Nationals, when Andras lost traction off the line.

Andras especially has been unstoppable at Lucas Oil Raceway at Indianapolis, where he won all three Harley races at the track this year, including the Denso Spark Plugs NHRA U.S. Nationals for the second straight year. After winning the Amalie Motor Oil NHRA Gatornationals, he needed only to qualify for the FallNationals field to eliminate Turner, his closest points rival, from title contention.

Despite the championship already having been decided, after the FallNationals, the Top Fuel Harley class will head to Las Vegas and the season-ending Dodge NHRA Finals presented by Pennzoil in two weeks, but the battle has been won and Andras can only out his struggles in the rear-view mirror. 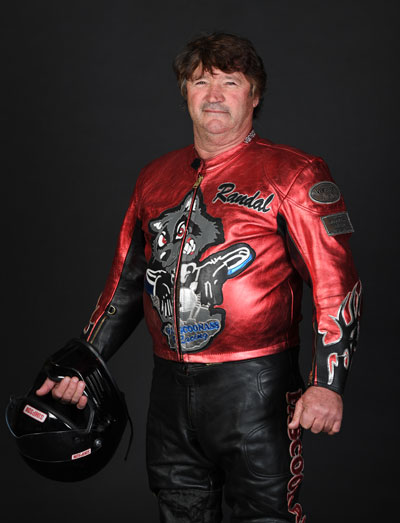 “It was a struggle for the last four years,” said Andras, who scored just one round win in 2017 and just three in 2018. “It was a struggle like no one has seen. It was brutal. I just couldn’t ride this thing, I couldn’t put two and two together. I couldnt go A to B. I couldn’t do it. The crashes really ended what was happening for me. It was time for me to grab the torch and keep running or just burn it down. We just kept the faith and started seeing some progress in Seattle and after we won [the U.S. Nationals] last year, the ball was in our court and we kept it there.”

The championship is the fourth straight for Jay Turner Racing, which Andras joined in 2008, long before the class became an NHRA national event class. Turner himself won the inaugural championship in 2017 and Tii Tharpe won it the last two years.