Jerry Savoie isn’t sure how many events he will race during the NHRA Mello Yello Drag Racing Series season.

There are, however, two definite locations on his list and two races he wasn’t going to miss. The first was the four-wide race in Las Vegas, while the second is this weekend’s 10th annual NGK Spark Plugs NHRA Four-Wide Nationals at zMAX Dragway.

The Pro Stock Motorcycle veteran has thoroughly enjoyed the unique races at the pair of Bruton Smith-owned tracks, and the 2016 world champion enters this weekend as the defending event winner of the Charlotte race. Looking to get his season on track on his White Alligator Racing Suzuki, a trip to the Bellagio of dragstrips for the biggest spectacle in drag racing might do the trick.

“Vegas and Charlotte are the two best tracks in the country,” Savoie said. “The preparation of the tracks, the shutdown areas, there should be no stress for anybody. This track, it’s the best of the best and it’s a total package as a racer. For me, I like the four-wide. It’s a chance to see the best of the best actually screw up. I think it’s pretty neat and it just comes down to mental preparation. If you’re mentally prepared for this race, you’ve got a good shot at winning.” 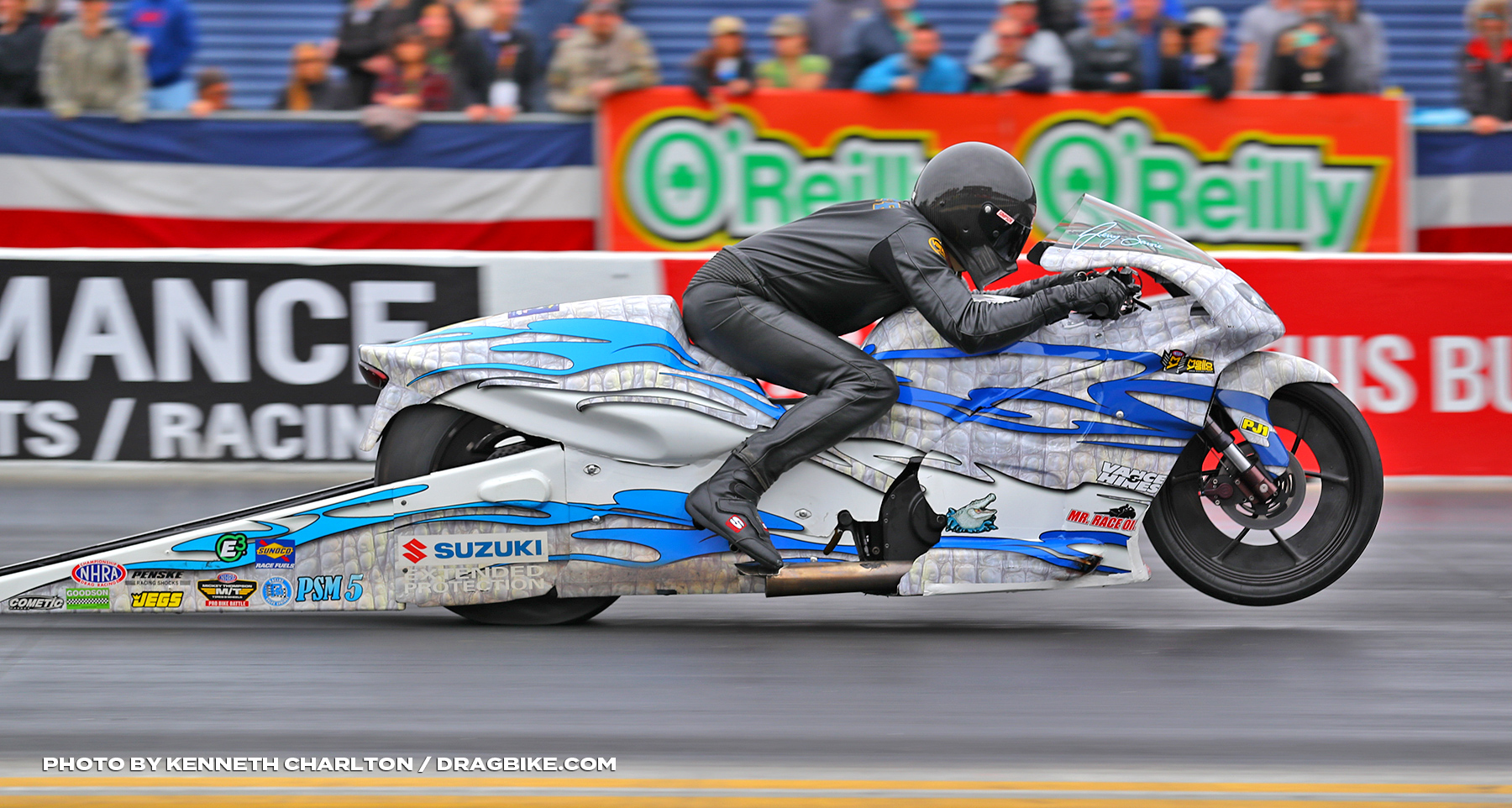 Savoie enjoys the sometimes-chaotic pace on the starting line during this weekend, staying focused on an approach that has worked well for him over the years at zMAX Dragway. With a pair of quarterfinal appearances this year, Savoie, who is currently fifth in the points standings, is looking to take the next step this year. The team, led by standout tuner Tim Kulungian, has been searching diligently for more power and Savoie hopes that work starts to pay off in Charlotte.

“We’re still having some problems, but the guys are working hard and we’ll get it straight,” Savoie said. “We’re down on power, but when we find it, everybody will know. It’s just evolution. We’ll figure it out. If you qualified No. 1 every time and won every race, it’s basically not a challenge, so when you fall behind and then catch up, it’s pretty rewarding.”

It also adds a great deal of joy when that work leads to a trip to the winner’s circle. That’s the goal this weekend in Charlotte for Savoie, but he’ll have to get past a talented group of riders that includes points leader Andrew Hines, who won in Gainesville, Vegas winner Hector Arana Jr., Eddie Krawiec, defending world champion Matt Smith and Joey Gladstone. Savoie hasn’t been able to match the class frontrunners so far this year, but he remains confident that will come.

“I say give it a couple more races and we should have it figured out,” Savoie said. “Tim has been working his butt off and everyone is working hard. I think we have what it takes to do it. I believe that strongly or I wouldn’t have come out this year. It’s just a matter of putting the parts and pieces together, but Tim is definitely one of the best crew chiefs in the industry. We’ll get it figured out.”