Hector Arana Jr. won Pro Stock Motorcycle at the 20th event in the 2022 NHRA Camping World Drag Racing Series season and the fourth of six races in the Countdown to the Championship playoffs. 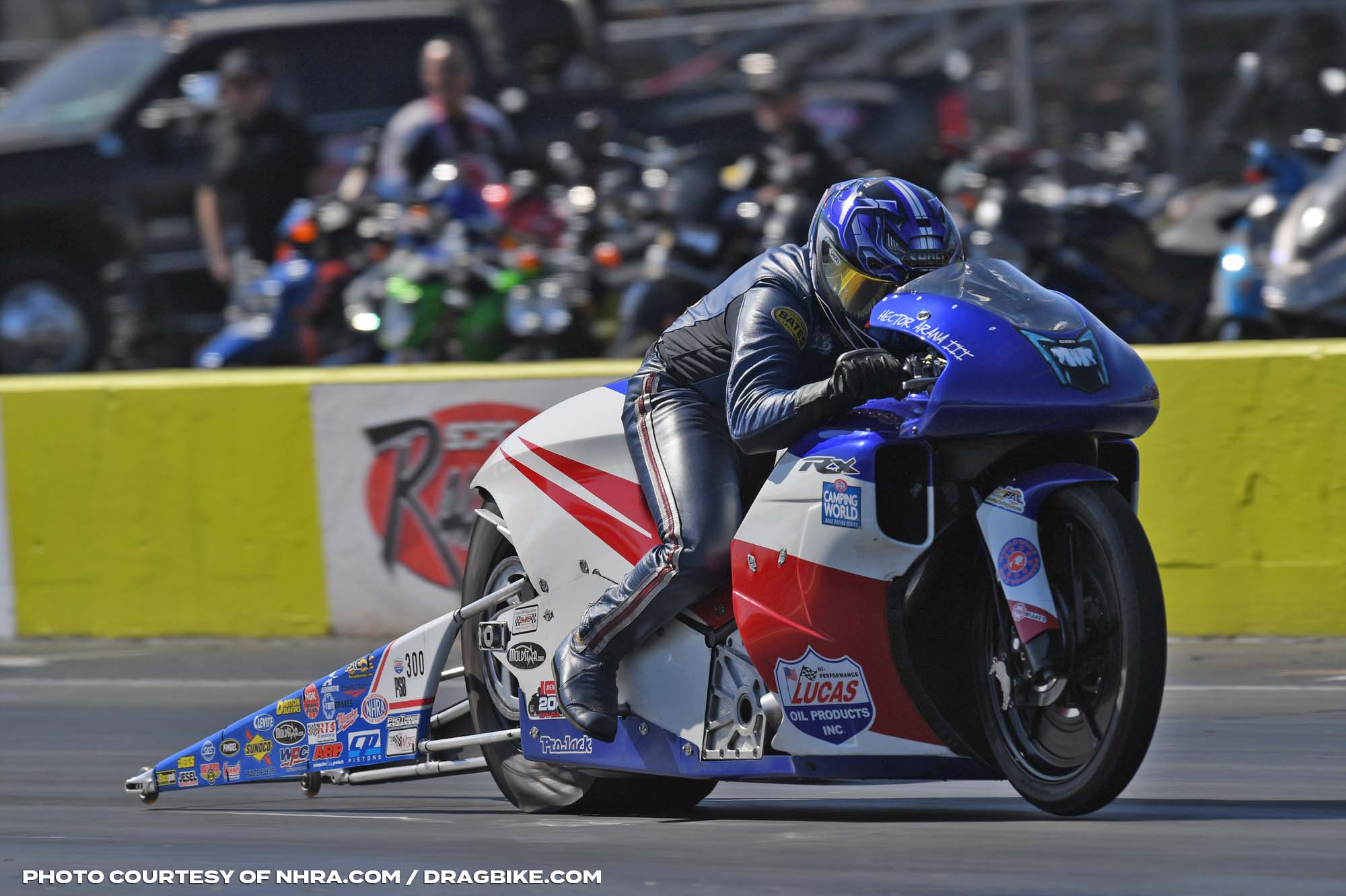 Arana Jr., who made just his fifth appearance this season in Dallas, provided a thrilling underdog winner in Pro Stock Motorcycle, grabbing his first victory since 2019 with a run of 6.822 at 196.35 on his Team Arana Buell to beat Jerry Savoie in the final round. It also gives Arana his 16th career victory and first at Dallas and the veteran took out some heavy hitters to get there. He defeated Chip Ellis, Angie Smith, and points leader Matt Smith to reach the finals, playing the spoiler role perfectly. Arana then tracked down Savoie to pick up a meaningful victory at Dallas.

“This is so awesome. You’ve got to make the best of it,” Arana Jr. “We just have such a passion for it. It’s been so long, and we love being out here with all the fans and to bring home a Wally, is the icing on the cake.”

Savoie reached the final round in Dallas for the seventh time in the past eight years by defeating Marc Ingwersen, Ryan Oehler and Steve Johnson. It’s also his third final this season. With two races remaining, Matt Smith now holds a 51-point lead over Joey Gladstone.

The NHRA Camping World Drag Racing Series returns to action on Oct. 27-30 with the NHRA Nevada Nationals at The Strip at Las Vegas Motor Speedway. 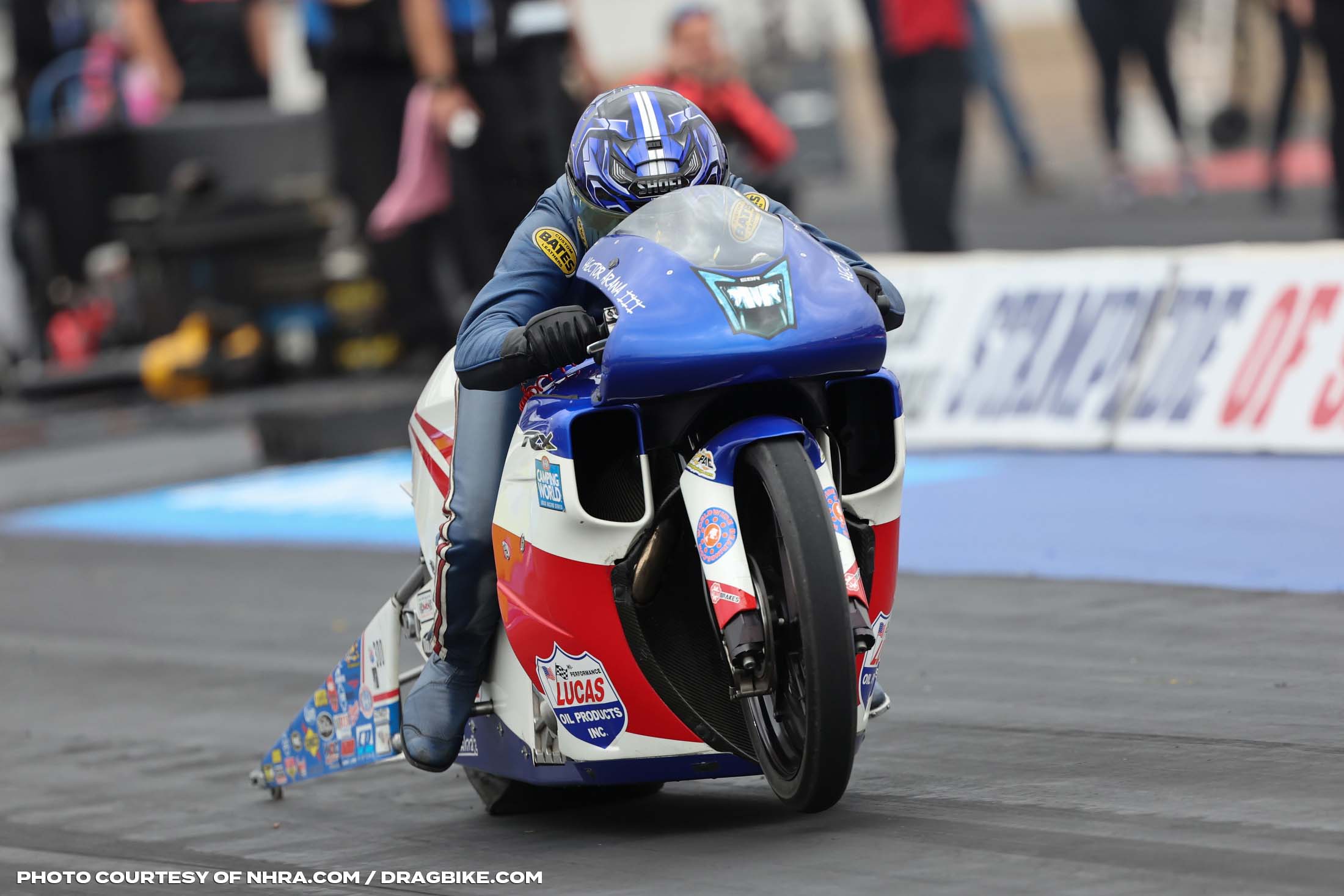 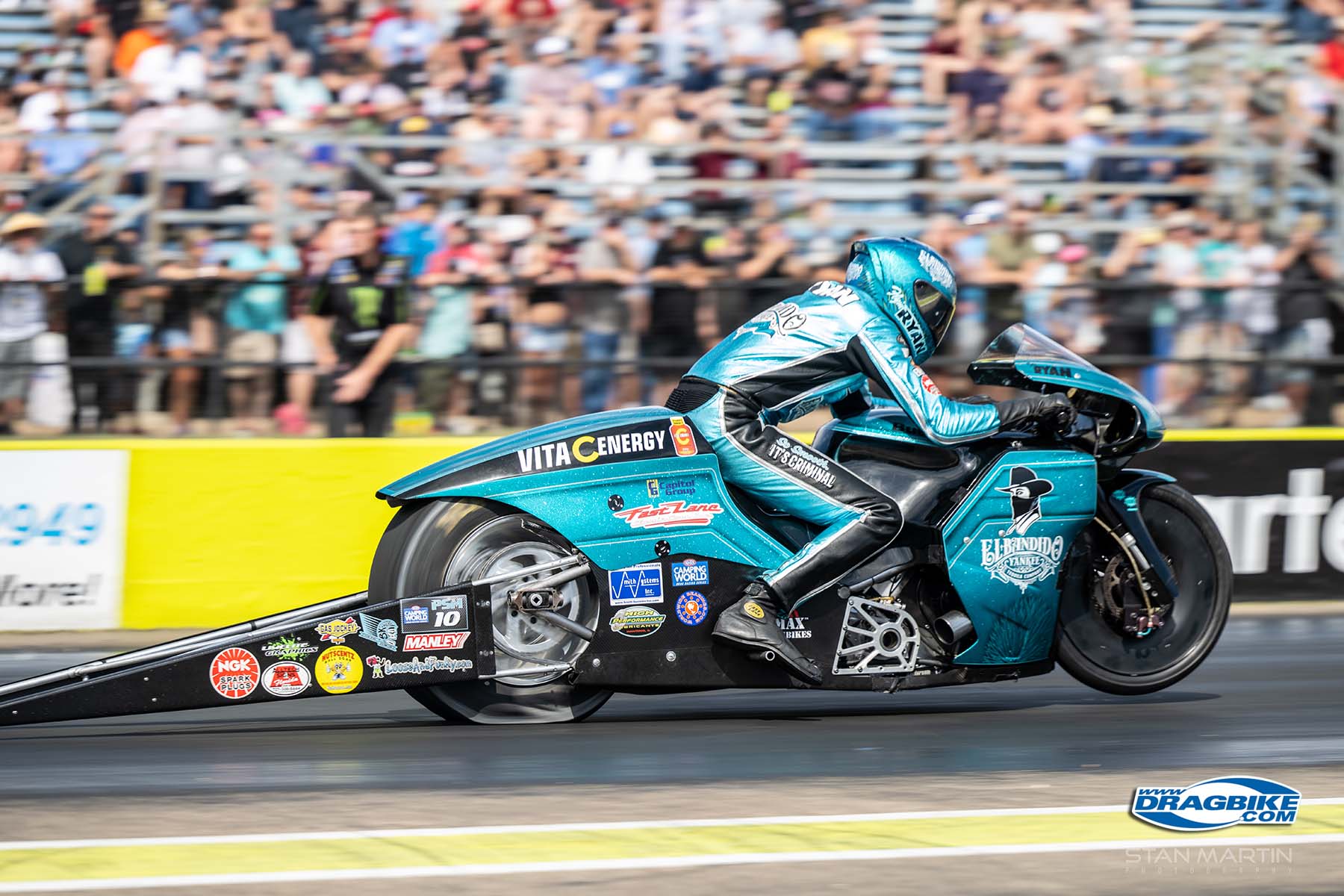 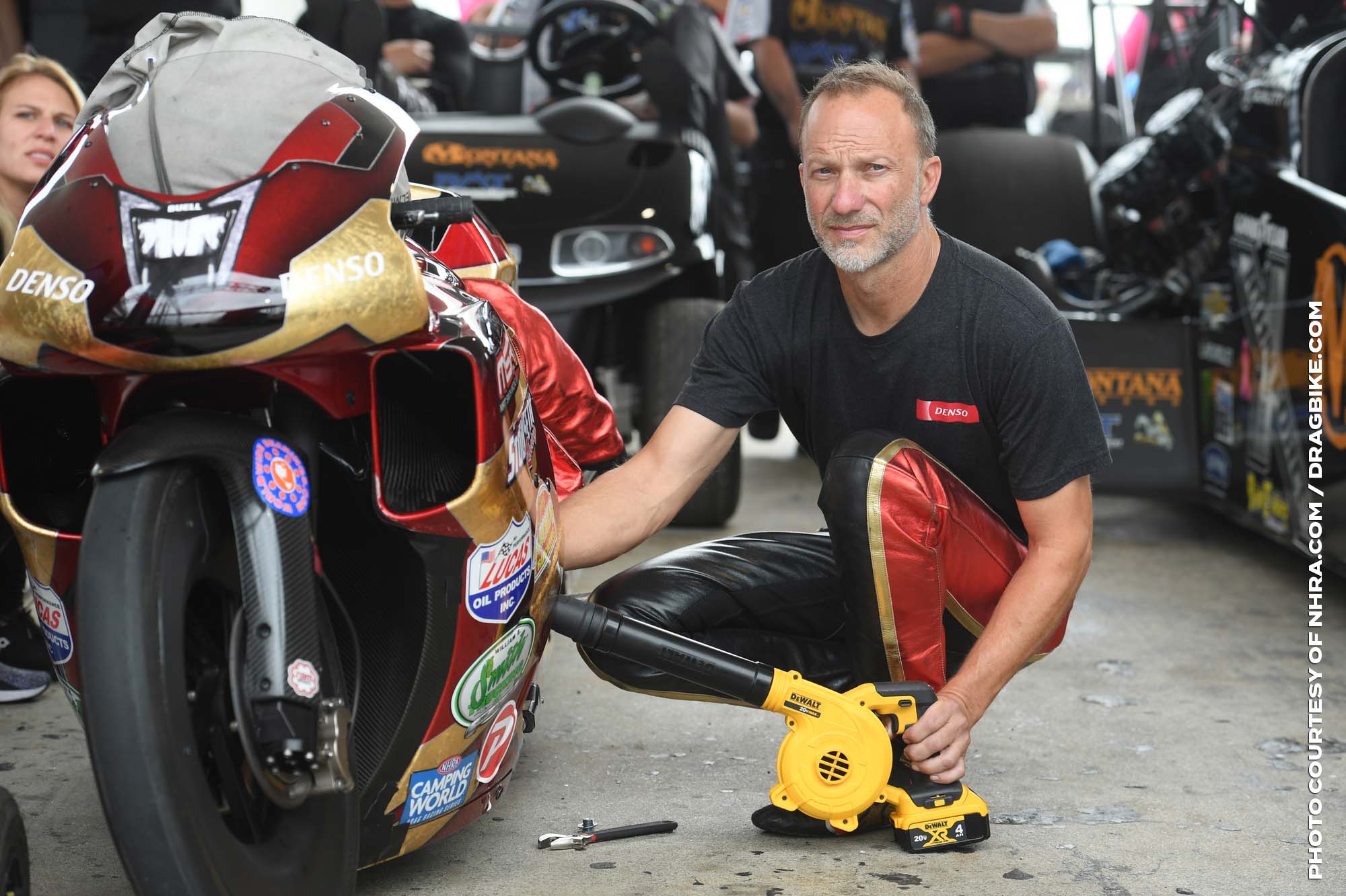 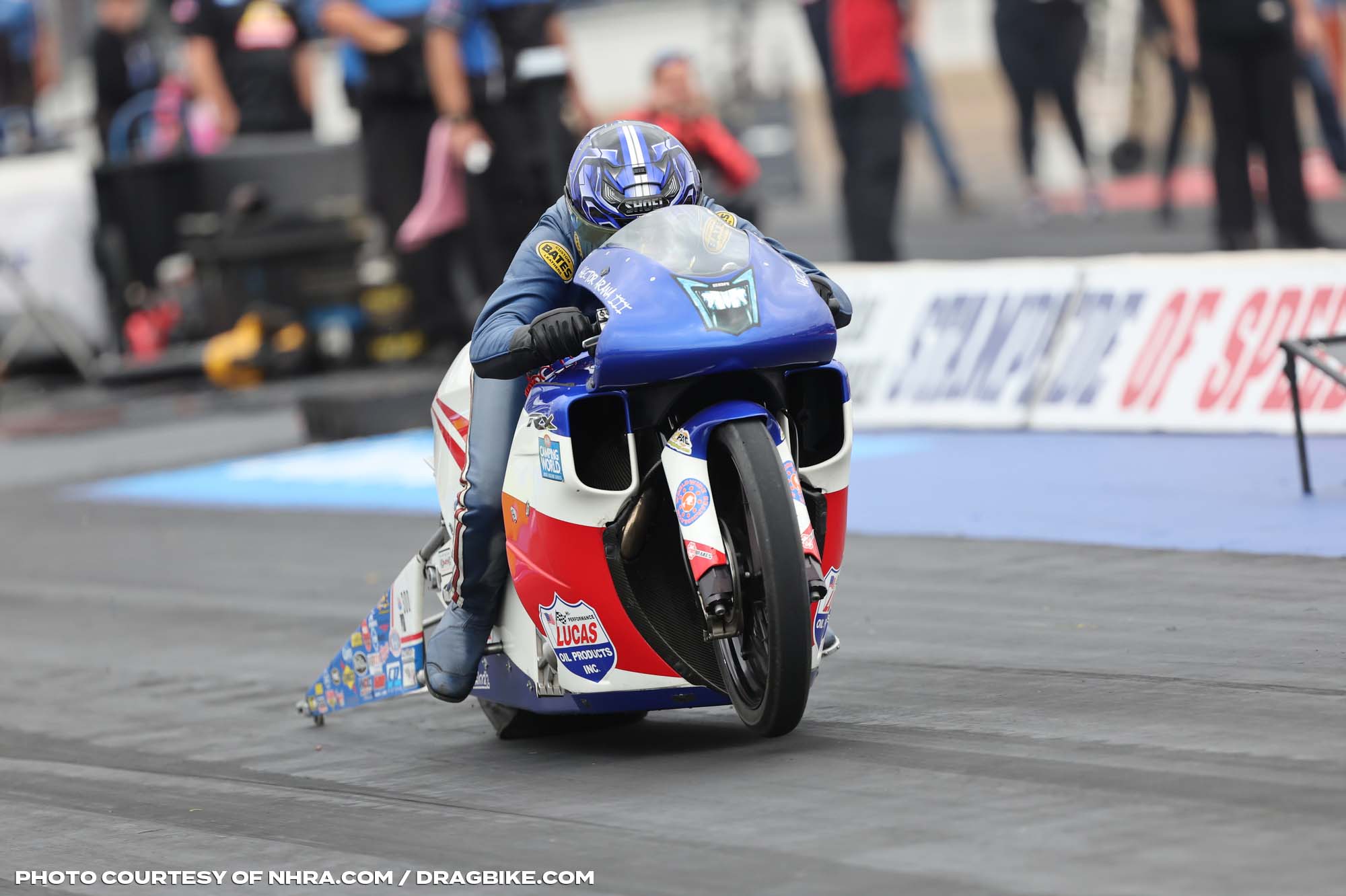 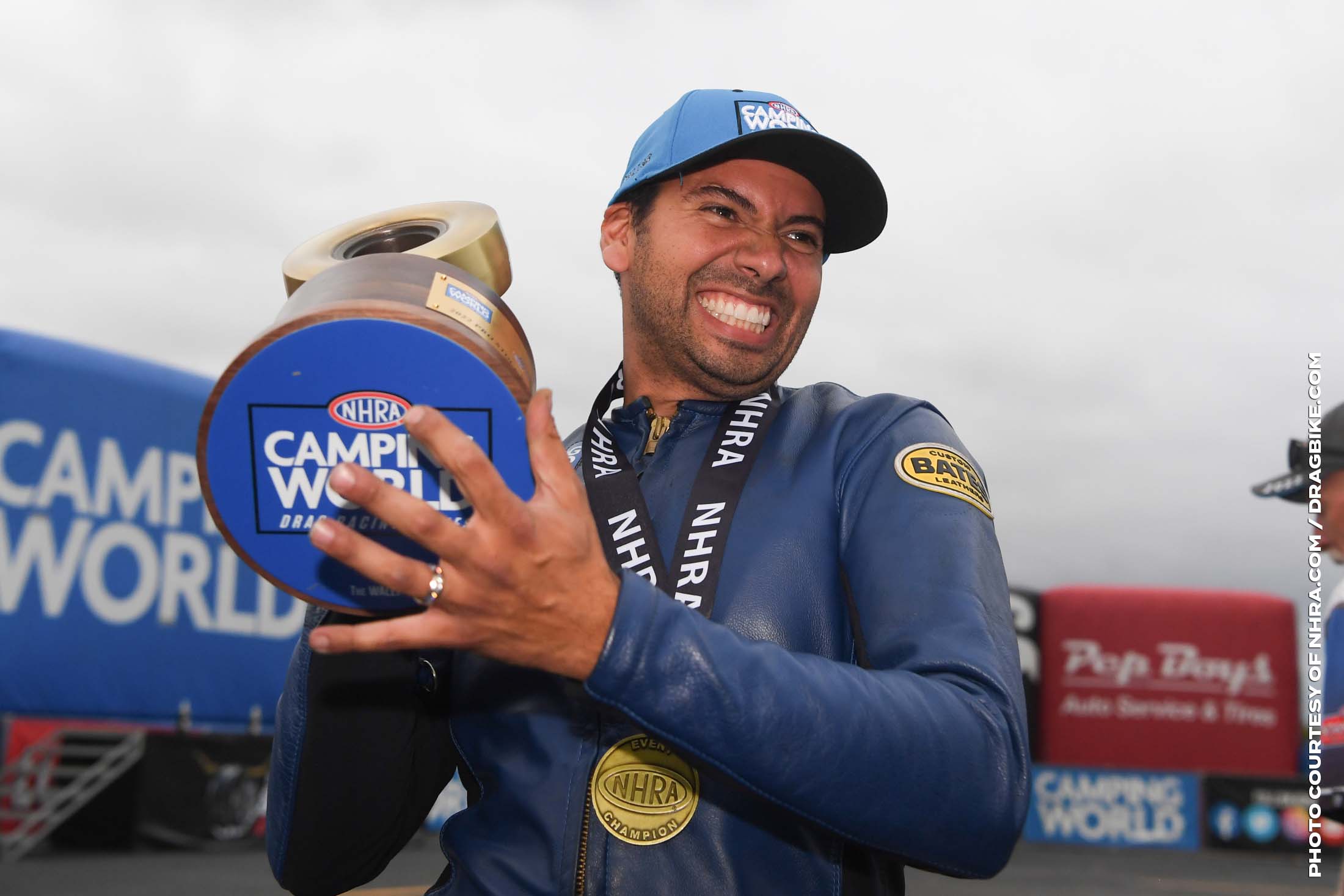 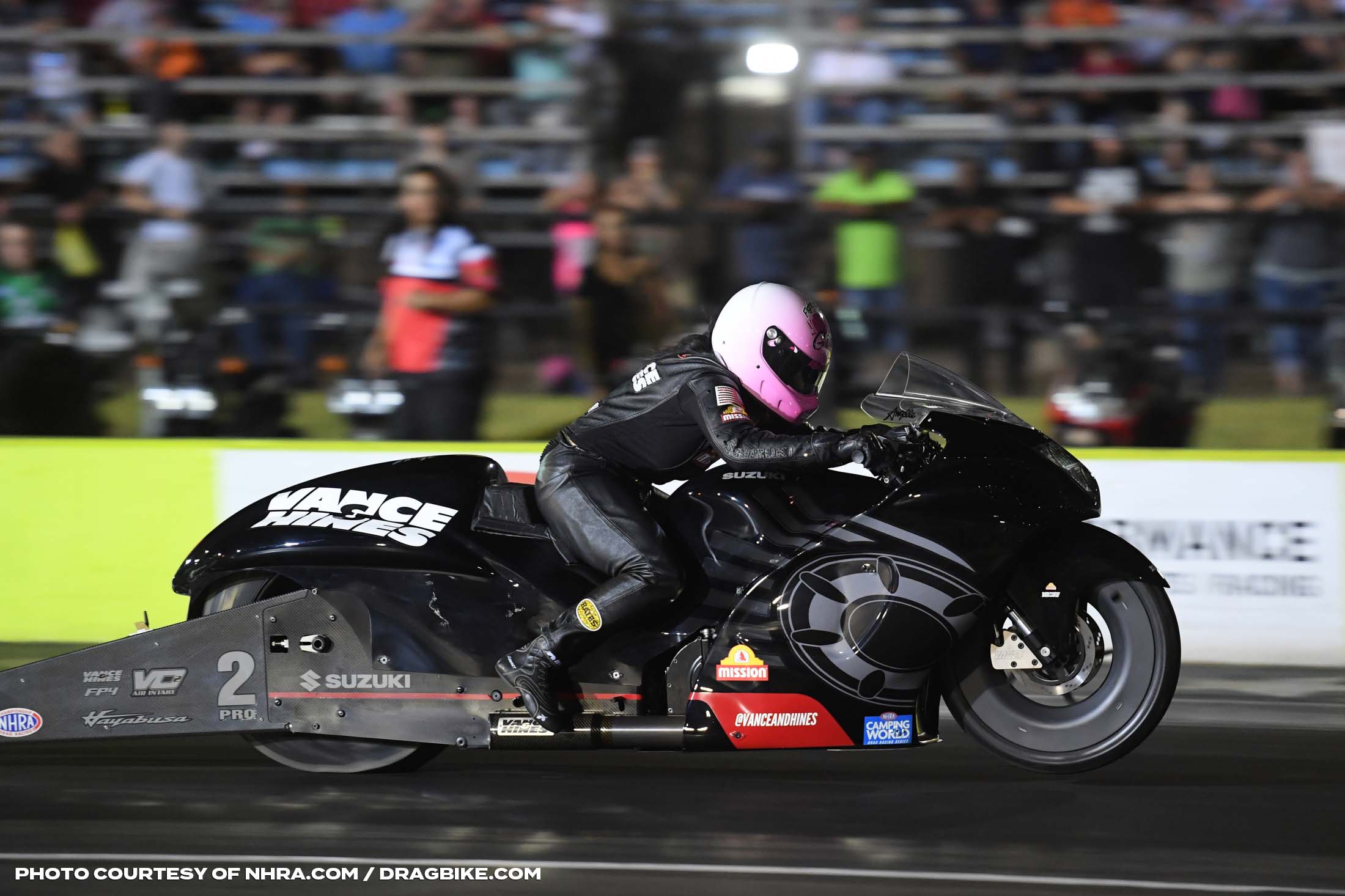 Angelle Sampey held on to her fifth No. 1 qualifier of the Pro Stock Motorcycle season, as nobody could top her 6.728 at 202.05 from Friday on her Mission Foods/Vance & Hines Suzuki. It’s also the 58th career top qualifier for the three-time world champion, who also strengthened her chances for a Dallas win with an impressive run of 6.759 to close out qualifying. Needing a win to stay alive in the championship chase, Sampey, who has one win this season, will open raceday against Ryan Oehler.

“That (6.75) was a really good run for us,” Sampey said. “I’m pretty sure it was as solid as the (6.72), considering the weather conditions were worse. We have the motorcycle to win the race, as we always do every weekend, I just hope and pray that my team has the rider to win the race.

“The competition makes it pretty tough. It’s fierce out here these days. Just getting past first round is always a task, but I know my team is ready for a win. But everybody else trying to stop us. I’m just going to try to keep my head straight, have a good time, enjoy the day, and look forward to putting that [symbolic winner] cowboy hat on my head at the end of the day for the first time.”

The Pro Stock Motorcycle category featured a barrage of standout performances on Friday at Texas Motorplex and Angelle Sampey topped them all, setting a track record on her Mission Foods/Vance & Hines Suzuki with a run of 6.728 at 202.05. The track speed record was broken three times during the opening qualifying session, with Matt Smith setting the mark with a pass of 203.69. The defending world champ made the best pass of the second session, going 6.734 at 203.58, earning the $5,000 bonus check as well. But it was Sampey who led the entire field as she looks for her fifth No. 1 spot of the 2022 season. Entering the weekend 116 points behind Smith, Sampey knows she needs a big performance in Dallas.

“We did get to test on Wednesday and things went well for us, and we figured some things out,” Sampey said. “Definitely going into the rest of the last three races of the year, I have some catching up to do. My mistakes have put me behind. My Vance and Hines/Mission Foods Suzuki is the motorcycle to beat, I just haven’t been the rider that it needs, so I need to turn that around. I’m looking forward to tomorrow and seeing how I can do. I have never won this race. I do not own the cowboy hat and I really want to do that this weekend.”

Smith is currently second thanks to his pass under the lights, while his wife, Angie, is in the third spot after her run of 6.793 at 200.96. She entered the weekend third in points, 90 behind her husband.