“The Greatest Show You’ve Never Seen” comes to Rockingham Dragway this week and track owner Steve Earwood is so sure you’ll agree with his assessment that he is throwing open the gates, offering free admission into the main grandstand and free parking in the main lot for those attending the pivotal final race in the NHRA’s 2016 Lucas Oil Drag Racing Series on Saturday and Sunday.

“The Lucas Oil Series is the best kept secret in drag racing,” Earwood said. “I grew up with sportsman racing and it’s some of the most intense and interesting in the sport. You hear about the John Forces and the Antron Browns and those kinds of people, but the drivers in the Lucas classes are among the best anywhere, bar none.”

The event also will feature some of the most unique vehicles in straight-line racing, everything from 1932 Bantam roadsters to 1951 Henry Js to 1967 Shelby Mustangs to late model COPO Camaros, Cobra Jet Mustangs and Hellcat Dodge Challengers to dragsters of every shape, size and description.

If that’s not enough, the sportsman stars will share the stage with Top Fuel Harley-Davidson motorcycles capable of reaching quarter mile speeds of 230 miles per hour. One final bonus will be the Moser Sportsman Shootout, an all-star event in which 16 drivers from seven different disciplines race against one another on the eighth mile for a $15,000 purse.

Since Rockingham represents the final race in the Southeast Division and one of the last of the entire season, every two-vehicle heat, whether it involves cars, trucks or bikes, could have championship implications at the national, regional or divisional level. 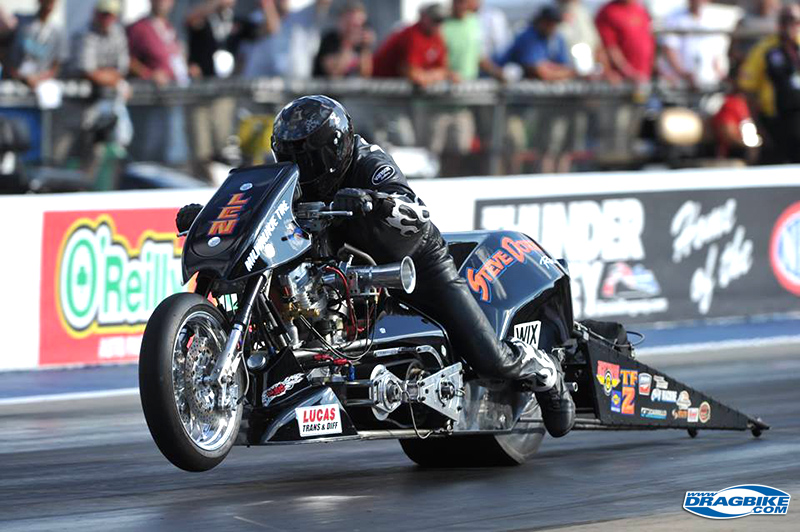 As for the motorcycles, they too come to Rockingham with championships undecided. In Top Fuel Harley, Len Darnell Jr. of Vancouver, Wash., leads Julian’s Jay Turner by just 39 points and in Pro Fuel Harley, Dennis Fisher of Dayton, Ohio, leads Statesville’s Janette Thornley, the reigning series champion, by just 41.

While the Lucas Series is a showcase for young up-and-comers, it also is home to some of the most successful drivers in history, many of whom have no desire to chase pro points over a grueling 24-race national schedule but prefer the competitiveness and camaraderie of the sportsman division.

Among them are David Rampy of Piedmont, Ala., Jeff Strickland of Red Bay, Ala., Anthony Bertozzi of Ashland, Va., and Carolina’s own Steve Furr of Harrisburg. Between them, those drivers have won more than 150 NHRA races at the national and division levels.

Rampy, who is in position to win Southeast Division titles in both Competition Eliminator (with his ’32 Bantam) and Super Stock (in a 1987 Chevy Camaro) this year, has celebrated in the winners’ circle after 93 NHRA national events in four different categories in a career spanning four decades.

Furr, too, is a contender this year in two categories. In fact, he enters this weekend’s competition in first place in Southeast Division points in both Top Dragster and Super Gas.

In the always popular Top Sportsman class, the category which gave rise 20 years ago to Pro Modifieds, Sandy Wilkins of Mount Ulla and Dylan Stott of Columbus are expected to lock up again in a Chevy-Ford showdown.

Racing gets underway Friday with qualifying and time trials. Final qualifying and first round competition in selected classes will take place Saturday with eliminations continuing to a conclusion on Sunday.