The International Hot Rod Association™ (IHRA) will make stop number nine on the 2015 Nitro Jam tour at US 131 Motorsports Park. Plan to be in Martin, Michigan August 7-8 to view one of the most interesting seasons of Nitro Jam competition as they begin the final stretch of a tight points competition in the AMSOIL Nitro Funny Car presented by Aeromotive, Mountain Motor Pro Stock, Crower Pro Modified, Nitro Harley, and Jet Dragster competition.

Although many of the Nitro Jam events leading up to this race have been plagued by rain, fans at the Northern Nationals will be treated to not only the two days of IHRA Nitro Jam competition, but will also be a part of the conclusion of the previous Maryland International Raceway President’s Cup Nationals fueled by Sunoco which was cut short by remnants of Tropical Storm Bill. The IHRA Pro Stockers completed two rounds of competition while the Nitro Funny Car, Pro Modified and the Nitro Harley classes each finished only one round of competition.

The Nitro Harley class is making a unique appearance for the Michigan region. US 131 Motorsports Park fans will witness 200 mph nitro-powered Harley’s rocketing down the quarter-mile drag strip on one wheel. Only 23 points divide three major riders. The 2014 IHRA Crewchief of the year, Jay Turner is the current leader while Tracy Kile trails by only three points and 2014 World Championship runner-up Randal Andras rounds out the top-three leaders.

Jay Turner extended his points lead for the Nitro Harley championship chase. The Julian, North Carolina competitor picked up his second win of the weekend with a 6.319 at 230.18 mph with a .051 reaction. Randal Andras, from Amelia, Louisiana, finished runner-up with a 7.142 run at 144.83 mph with a .039 light. Jay Turner scored some breathing room in his bid for a IHRA World Championship as he and Tracy Kile were only 3 points apart in national points competition leading into this pair of events. 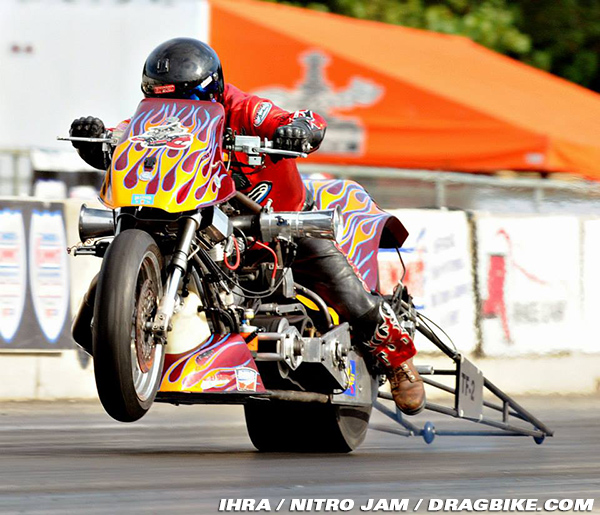 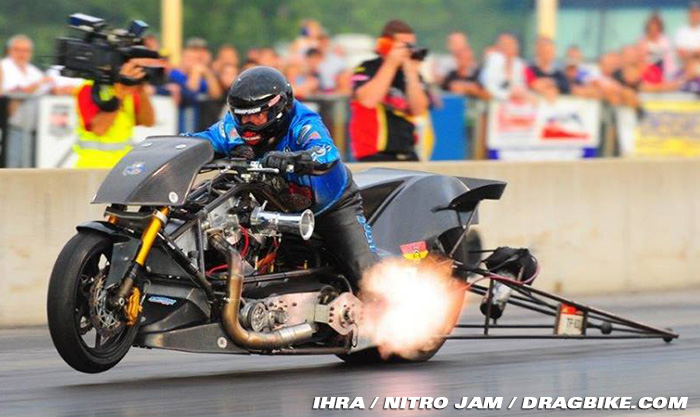 With a few weather delays, first round of Nitro Jam qualifying was completed Friday night during day one of the Northern Nationals presented by Aeromotive at US 131 Motorsports Park. 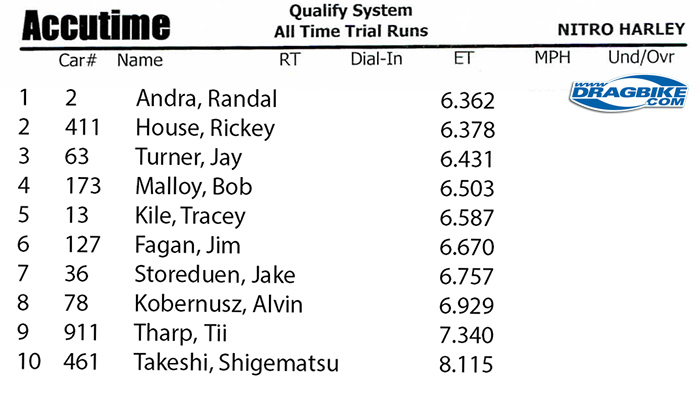 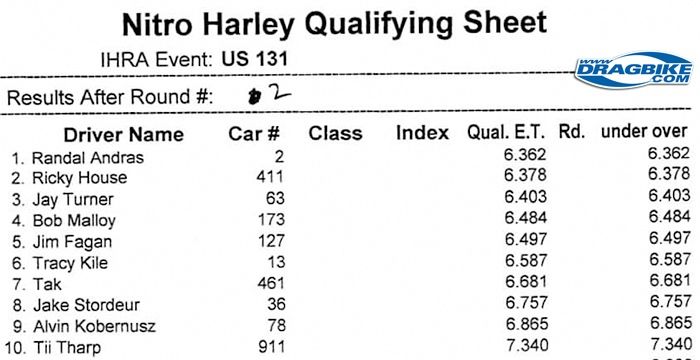