HomeColumnsNot all News is Good News

Not all News is Good News

Not all News is Good News

As the 2017 racing season began winding down to a close, just as the year was to end, bad news reached me that the motorcycle drag racing community lost a member to suicide. I’m saddened to report this loss.

I am compelled to report that Niklas Karlsson, a crew member of Top Fuel motorcycle pilot Rikard Gustafsson’s team, took his life during late December of 2017. This came as a sledgehammer blow to Gustafsson’s RG Engineering team, who recently won their first Top Fuel motorcycle championship in the EU. Niklas was the clutch man for Rikard. He was no stranger to eating a cold sandwich with his clothing covered in clutch dust and his hands coated with chain grease. Such is the life of a dedicated man. Out on the race track he never hesitated to jog down the track and help push Rikard back from another smoky burnout. He was a good man and a hard worker.

Rikard and Niklas have known each other for many years. When seated together, they could tell you stories of early grade school from which teachers they disliked to chasing girls later in life. There were more than a few beers shared by these two great friends.

It was only weeks prior to his passing that Niklas was at South Georgia Motorsports Park, in Valdosta, GA, USA, helping his life-long friend Rikard Gustafsson of Sweden make his first 5 second elapsed time runs in America, at the Man Cup Mann Hill Garage, World Finals event.

I am well aware of the fact that no one really wants to read this and face the facts that suicide is a reality, even a welcome one, for some people. The average person simply does not go around saying, “Well I hope no one I know off’s themselves today.”   Cancelling one’s own check is just not the hot topic of the day for likely 98% of the population. Until it happens to someone close to you.

Sure, we can all stick our heads in the sand, ignore this and say “What a shame, I’m so sorry to learn of this” and end it there as many people will – but will that help prevent the next suicide? None of you know how close this very scenario was to being my final outcome just three years ago. The downward spiral of life can be too much for some people and you don’t really know what will come of this until it’s too late.

The loss of Nicklas is a huge loss, not only for his family and friends, but for motorcycle drag racing too. This man was a great team member and a friend to many. A fierce competitor who would work any hours, assist with any repair necessary, to get that motorcycle ready for the next round of racing. Now sadly there will be no more rounds of racing for this man and there is a large hole in the hearts of his comrades that may never fully heal.

People do not know just how perilously close they are to losing someone, more often than not, until it’s too late and the deed is done. Ignorance is not bliss when it comes to the topic of suicide, it’s a one-way ticket to seeing someone motionless: permanently.   The lack of knowledge about suicide is avoidable through education, be it self-taught, or otherwise.

Would you like to help prevent this from happening? Would you like to help intervene, if you could? You will not always be able to I assure you, but you may, if you know what to do and when to do it. Speaking from my own experience I will do my best to impart to you things you can do to help divert a tragedy, when possible. And I’m telling you, your ability to divert a suicide is not always possible. Some people are just driven to succeed and they will do so and there is little you can do to stop them if they are truly driven to succeed. But for the people who want and need help to avoid their own suicide, take the following to heart.

First, in order to help anyone, you have to actually care and have a rapport with them on some level. The greater your connection to someone, the better you can reach them and actually get through the tough exterior.

People who are truly intent on suicide tend to be introverted and keep to themselves, they are not necessarily antipersonnel, but they sometimes have a very narrow field of view and let very few, if any people, truly get to know them. The fewer people that really know them, the more in control of their own life and destiny they feel.

Something that can go a long way in short-circuiting the downward spiral to a suicide is the out of the blue text message or random email that a person spiraling out of control desperately wants to see or hear without prompting one. Because of a message like that, out of the blue; that’s someone reaching out that actually wants to connect, for whatever reason. This is vital to intercepting or averting a person bent on suicide, providing that person is open to being helped. Inside, a person bent on taking their own life has convinced themselves that life is either pointless or not worth the pain it brings, hence the need and decision to end it. That sudden hint of a message from someone who may just give-a-shit, that’s a potential life preserver.

Introverted people, who are often seen as loners, while being singular in staying alone most often; they secretly want to be needed and accepted. They avoid parties and the “limelight,” but they very much want to be invited to dinner or to an event. It’s not the invitation, but the thought of acceptance that’s powerful. Because people who are suicidal really don’t feel like they belong. It’s not only signs of depression, sadness or loneliness that are indicators, everyone feels these things on some level at some point in their life.

If you really care and are concerned about this topic, if you genuinely want to help, please read up on the published research of Dr. Edwin Shneidman. His works have helped save thousands of lives over the years. Reach out to someone who you think may feel threatened by life, especially if they feel that life is pointless or just not worth it. Connect with someone today, convince them you care on some level, you just may save a life.

“Do what you love in life, and love what you do. Find meaning and you find life, if you lose track of one, you eventually lose the other. If you see someone who may be struggling, reach out to them, you just may save a life.” 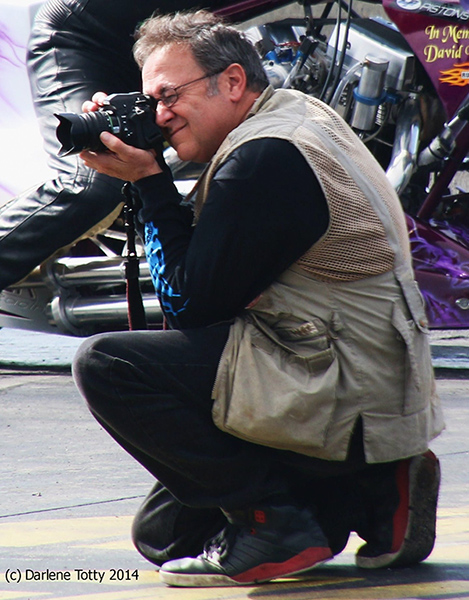