HomeTeam ReportsPast champion Hector Arana Sr. knows he can win title from No....

Past champion Hector Arana Sr. knows he can win title from No. 9 spot

Past champion Hector Arana Sr. knows he can win title from No. 9 spot

Lucas Oil Buell racer Hector Arana Sr. was blunt when asked if he could win the Pro Stock Motorcycle championship from the No. 9 spot in the points standings:

“Yes, the championship can be won,” he said.

The Countdown to the Championship, the six-race, title-determining segment of the season, begins this weekend with the NHRA Carolina Nationals. Arana may be ninth in the standings, but he’s only 100 markers out of the lead after the points were reset following the Chevrolet Performance U.S. Nationals in Indianapolis. That’s where Arana, the 2009 Pro Stock Motorcycle champion, clinched his spot in this year’s Countdown.

“I’m really excited that I’m still in the Countdown to the Championship,” Arana said. “I really believe that we’ve got the performance to win the championship. I’m going to take it one race at a time, and I don’t want to get ahead of myself. I’ll stay focused and try to do well at this event and start climbing in the points.”

Arana won in Atlanta earlier this year to snap a long drought, and he has shown plenty of speed in 2015, qualifying in the top half of the field at eight of the 10 races. He was also the No. 6 qualifier in Charlotte in March and has done well here in his career, winning in 2009 and finishing as runner-up in 2014 and 2010. 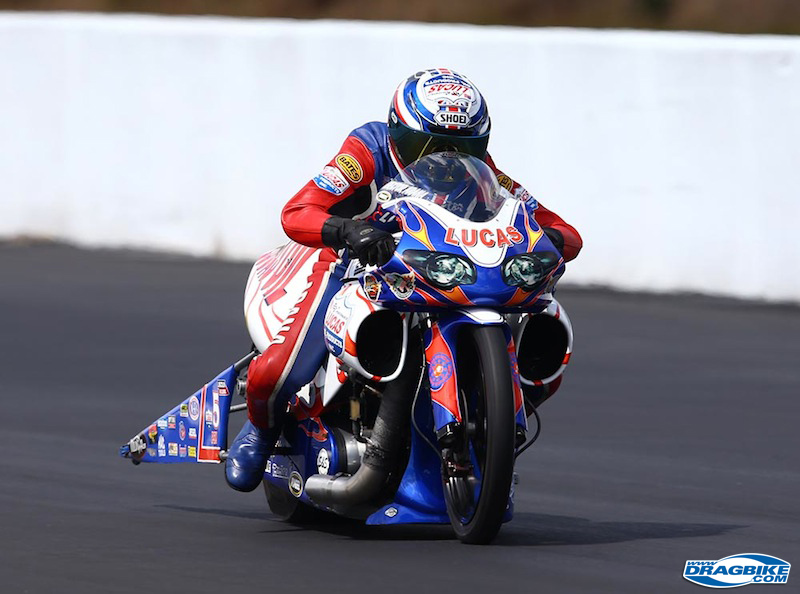 “Bruton Smith has done a great job with the track,” Arana said. “We’ve got to take it easy the first couple of runs to see where we’re at and what the track can handle. We first need to make a good run, get a good baseline, and get in and then work from there. That’s our goal.”

Arana returns with the ProtectTheHarvest.com/MAVTV Buell that belonged to son Adam in 2014.

“We don’t have to worry about anything,” Arana said. “Bruton Smith cares about his track and it’s one of the best. That’s one less thing we have to worry about. I am looking forward to going fast there. Hopefully, the weather will be nice and we can do well.”