At an age at which most of his contemporaries are content to ride nothing more exotic than a lawn mower, 72-year-old Paul Gast will straddle a 170 mile-an-hour Suzuki this weekend (Sept. 24-26) at Rockingham Dragway and resume his pursuit of a third consecutive Pro Mod Championship in the ManCup Motorcycle Drag Racing Series presented by Vance and Hines.

Gast, whose “Fast by Gast” brand is one of two-wheel racing’s most iconic, is heavily favored in the 40th renewal of the 190hookup.com Nationals in which he has hoisted the trophy the last two years.

The Grand Island, N.Y., rider, who began racing motorcycles in 1964, was unbeaten in ManCup events in 2019, a year in which he also won the Pro Nitrous Motorcycle title at the PDRA race at Darlington Dragway in which he lowered the world record to 3.949 seconds at 179.34 mph. He repeated as champion a year ago and currently leads Connell Smith of Ashburn, Ga., rider of the world’s fastest nitro Kawasaki, by a whopping 129 points. 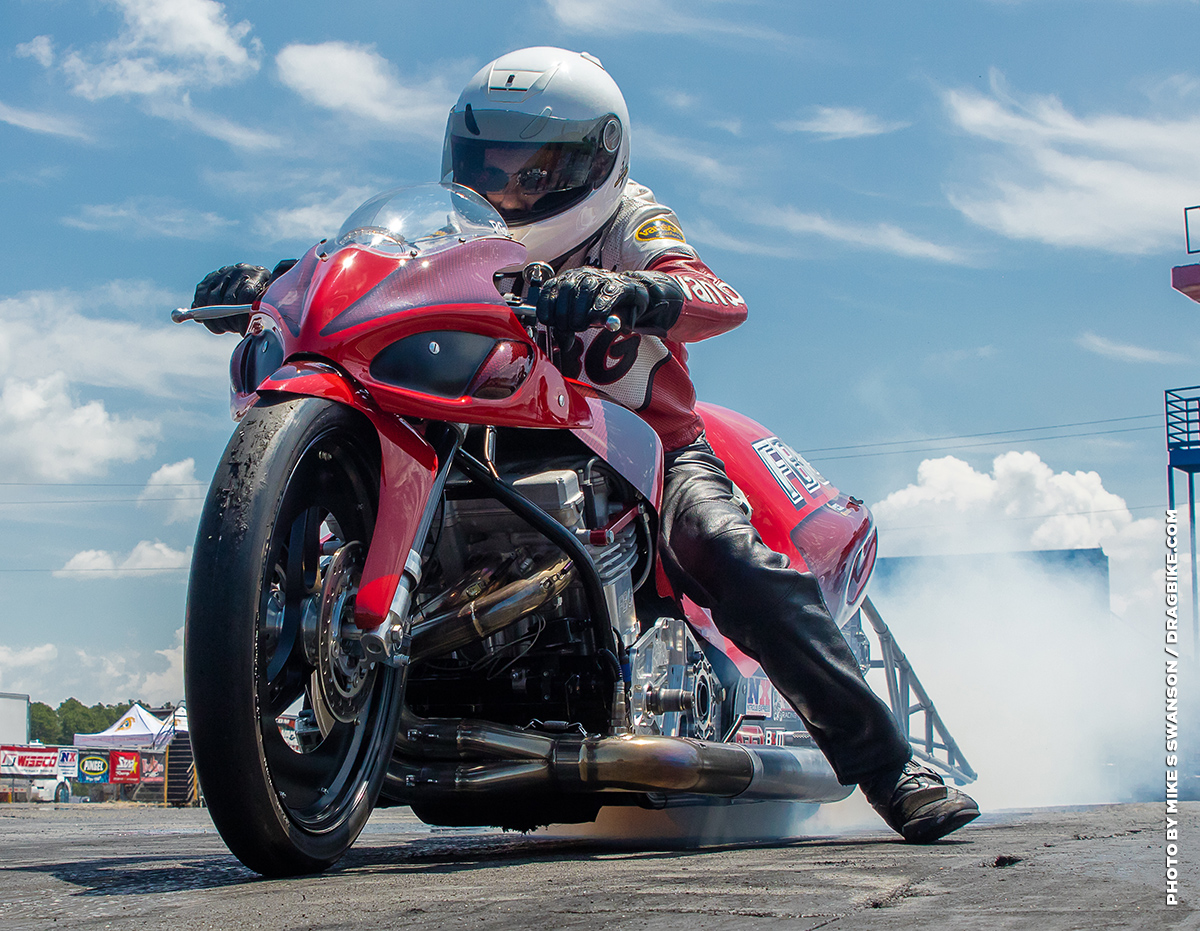 The two-day event will crown champions in 13 classes including Pro Street, Pro Open, Pro Mod, Top Gas and Ultra 4.60. Pro ET and Street ET will be contested both days. There will be Saturday qualifying for the previously mentioned categories along with Real Street, Street Fighter, Super Comp and V-Twin.

Defending series champion G.T. Tonglet of Metairie, La., who was the original developmental rider for the Vance and Hines Screamin’ Eagle Pro Stock program, will try to chase down current leaders Herman Myers of Orlando, Fla., and Sydney Marshall of Altamonte Spring, Fla., in Pro Street.

Former series champ Rob Giard of Ware, Mass., is favored in a Pro Open class in which Cleveland, Ohio pro Perry Paugh and a couple of Alabamians, second-generation standout and former PDRA event winner Chris Garner-Jones of Harvest and Larry Hayes of Dothan are expected to challenge.

In Ultra 4.60, Charlotte’s Curtis Griggs Jr. and last year’s Rockingham runner-up, Ronnie Procopio of Wake Forest, will try to track down current point leader John Schwartz of West Seneca, N.Y.
Also expected to return is last year’s biggest winner, Pablo Gonzalez of Carolina, Puerto Rico, who not only won both the Saturday and Sunday Pro ET titles but also got the cash in Street Fighter.