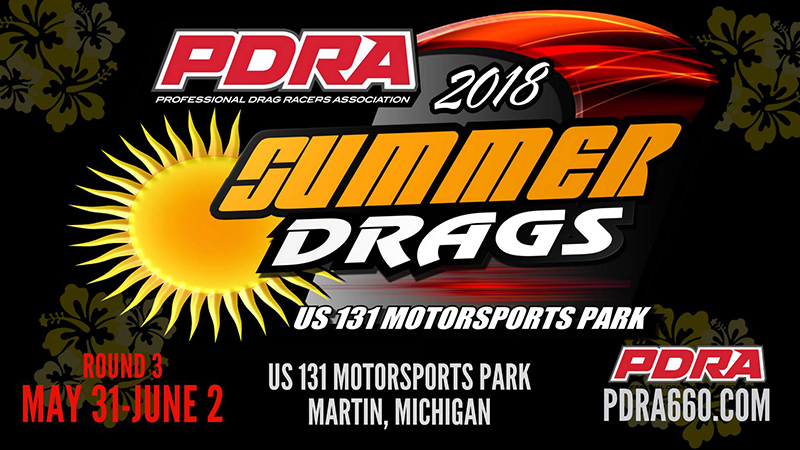 Three-time PDRA Pro Extreme Motorcycle world champion Eric McKinney was set to run his tuner and teammate, Ashley Owens, in the final round, but a potential costly engine issue prevented Owens from bringing his motorcycle to the staging lanes. McKinney, the No. 8 qualifier, took advantage of the free pass and fired off a 3.994 at 178.36 to gather data.

“We’re really happy with the way things are going,” said McKinney, who won the last event in Maryland. “I really wanted to run Ashley in the final. I think we could’ve run a pair of 3-second passes. Whoever wins doesn’t matter to me. But his bike was smoking and we just had to park it. The crankshafts are expensive, hard to get and they wipe out everything when they go. It was a tough call, but we had to do it. The whole team worked hard this weekend, so it feels good to leave with a win.”

McKinney scored a holeshot victory over first-time No. 1 qualifier Ehren Litten in a 4.08-to-4.05 first-round race, then defeated Chris Garner-Jones’s 4.056 with a 4.029. On the other side of the ladder, Owens rode his McKinney Motorsports Suzuki to round wins over Brunson Grothus and Ronnie “Pro Mod” Smith. 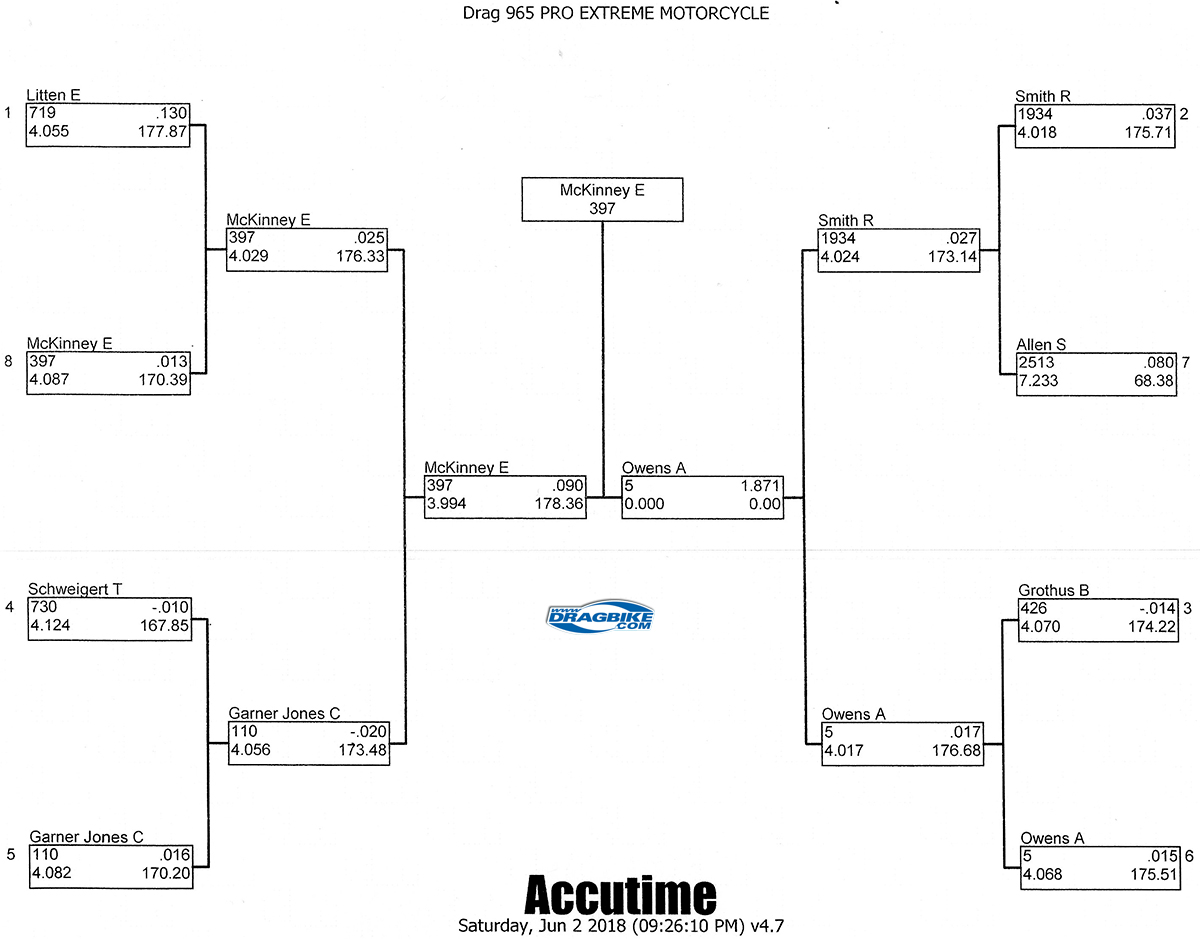 Ehren Litten entered the 2018 season with a combination that was largely unproven in the PDRA Pro Extreme Motorcycle ranks. His turbocharged Hayabusa wouldn’t have been allowed in the class prior to this year, as it was a nitrous-only class until a new rules package was introduced over the offseason. Litten made history with the bike Friday night when he recorded a 3.999 at 182.78, which was his career-best, the quickest pass for a turbocharged entry and the quickest pass for a Hayabusa-powered motorcycle.

“It’s awesome,” said Litten, who had never ridden a Pro Mod-style motorcycle before this season. “This is the result of a lot of years of working on stuff like this and getting to this level. We do a lot of radial racing. I’ve been as close as No. 2 in the world on a radial bike, right behind my teammate, Rodney Williford. Doing that felt good, but this feels good too. It’s something different. The (wheelie) bar boys said we couldn’t come out here and do it, so we just decided to come out here and play a little bit.” 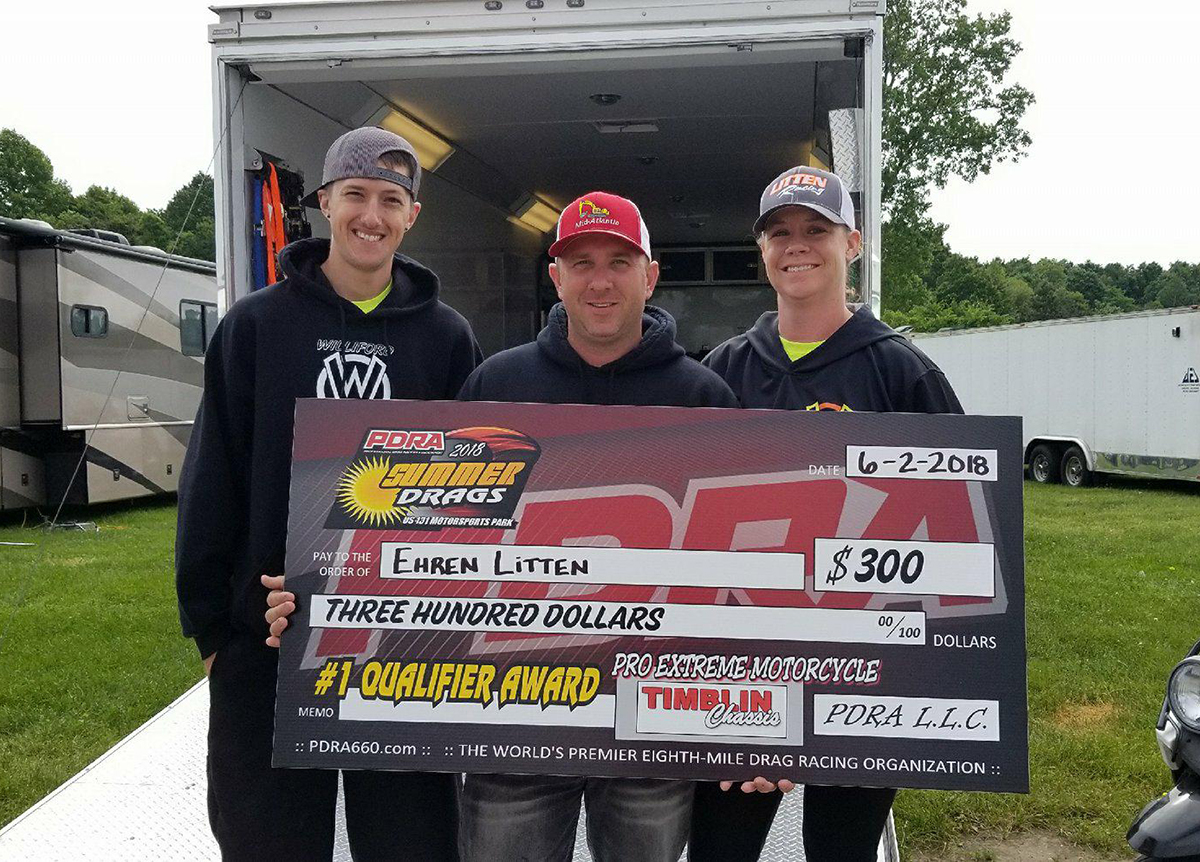 Litten didn’t receive an easy draw for his efforts, as he’ll take on three-time PDRA Pro Extreme Motorcycle world champion Eric McKinney in the first round of eliminations. Ronnie “Pro Mod” Smith is second with a 4.017 at 174.96, followed by Brunson Grothus in third with a 4.029 at 174.83.