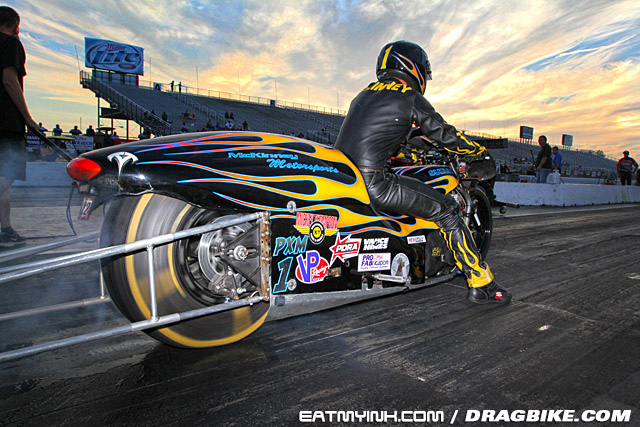 McKinney qualified number 1 with a 4.065 in a super tight field that saw Ronnie Procopio and Casey Stemper also run 4.065, but a bit slower than Eric’s 176.42 mph. McKinney went on to beat Chris Garner in the final, after Garner took out Eric’s teammate/tuner Ashley Owens in round 1 with a .006 light.

WATCH this video of racing action and interviews:

The McKinney Motorsports team races next at the Manufacturers Cup World Finals at South Georgia Motorsports Park near Valdosta on November 14-16, 2014 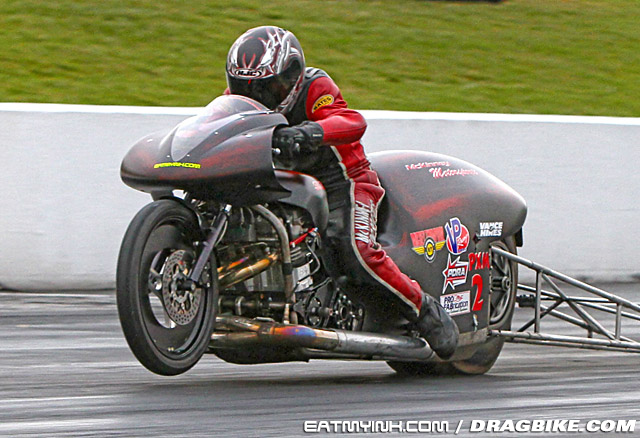