The tense championship battles in the Professional Drag Racers Association (PDRA) will tighten up this weekend as the all-eighth-mile series heads to Darlington Dragway for the penultimate race on the 2019 Road to the Finals, the Fall Nationals presented by $hameless Racing, Oct. 3-5.

The PDRA had to cancel their most recent event, PDRA Drag Wars presented by Pro Line Racing at GALOT Motorsports Park, because of Hurricane Dorian. Racers with a solid points lead breathed a sigh of relief, while competitors trying to move up in pursuit of the 2019 PDRA world championships will be feeling the pressure as they have just two races left to gain ground on the points leaders.

“Those round wins went from important to very important real quick with losing Drag Wars,” said Tyler Crossnoe, race director, PDRA. “We hated to lose that event – Drag Wars has always been a staple on the PDRA calendar – but Darlington is up next and the Fall Nationals will be solid as well. The points championships are going to be as dramatic as they’ve ever been now that four rounds are off the table.” 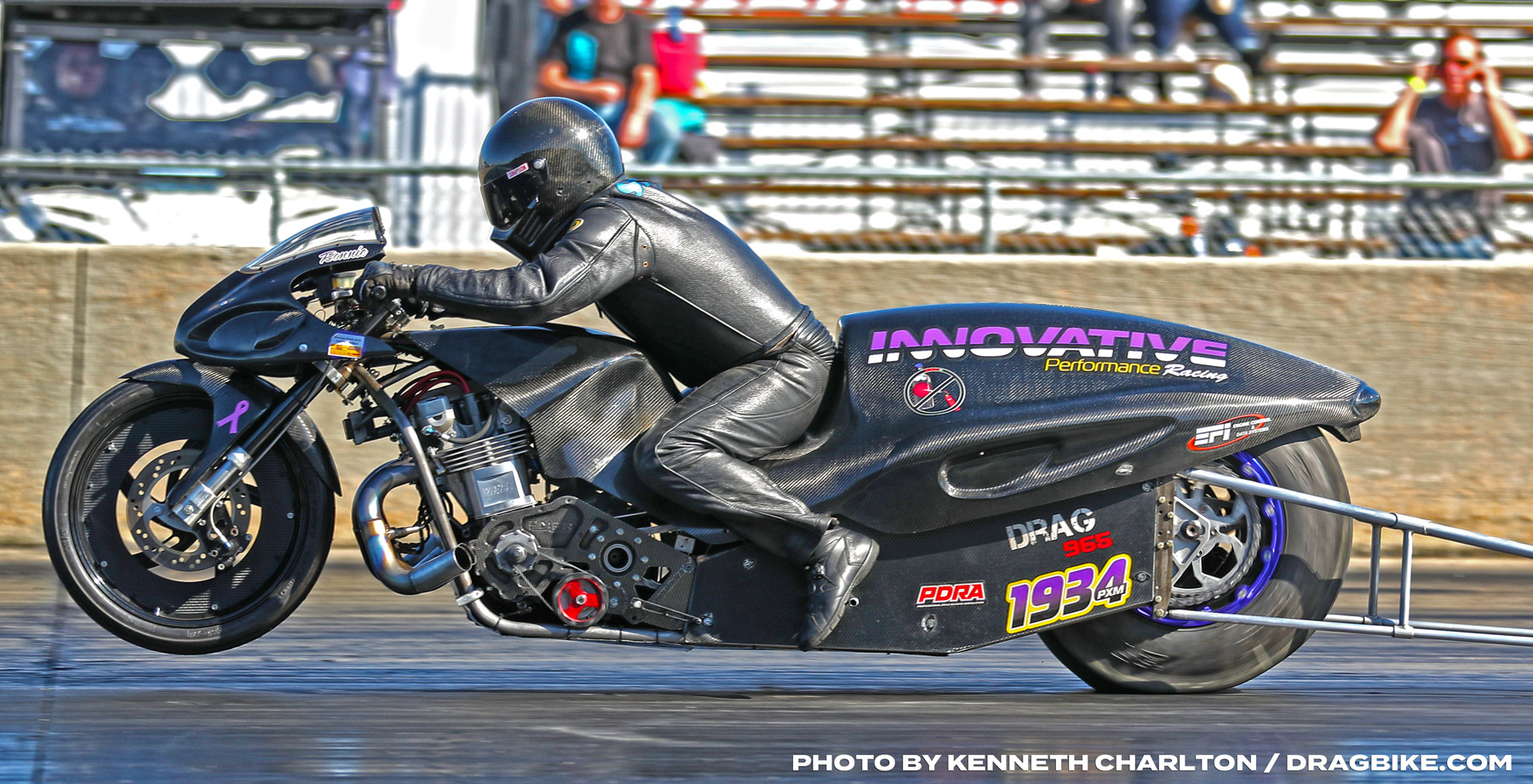 The tightest battle in the pro classes can be found in Drag 965 Pro Nitrous Motorcycle, where defending world champion Ronnie “Pro Mod” Smith leads 2017 world champion Travis Davis by 55 points. Smith hasn’t lost first round all season, grabbing a decisive win at Maryland. Davis lost first round at Maryland, but won the Mid-Atlantic Showdown and was the runner-up at South Georgia. Perennial championship contender Chris Garner-Jones is third with just under two rounds behind Davis.

In the PDRA’s quickest and fastest class, Moroso Pro Boost, 2016 world champion Kevin Rivenbark leads the charge in his ProCharger-boosted GALOT Motorsports ’69 Camaro. Rivenbark won the season-opening East Coast Nationals at GALOT Motorsports Park and runnered-up at the Northern Nationals in Ohio. He’s followed by Kris Thorne, who defeated Rivenbark in the Ohio final and won the North-South Shootout in Maryland in his turbocharged ’16 Corvette to sit 93 points behind first. Defending world champion Tommy D’Aprile is just 21 points behind Thorne with a win and two runner-up finishes in Al Billes’ supercharged ’69 Camaro.

Nitrous Pro Modified veteran Jim Halsey is on top in Switzer Dynamics Pro Nitrous after winning the first two races of the season and taking runner-up at Ohio in his Fulton-powered ’68 Camaro. Two-time world champion Tommy Franklin is mounting a late-season charge in his Musi-powered “Jungle Rat” 69 Camaro with 192 points behind Halsey after a dominant win at Ohio. Defending world champion Jason Harris in the Musi-powered “Party Time” ’69 Camaro sits 9 points behind Franklin with a win and a runner-up finish.

John Montecalvo holds a sizable 263-point lead over Jeff Dobbins in Liberty’s Gears Extreme Pro Stock. Montecalvo drove his Sonny’s-powered ’18 Camaro to runner-up finishes at Maryland and South Georgia before adding a win at Ohio. Dobbins in his Bears Performance Dodge Avenger won the Mid-Atlantic Showdown to sit second, with just under a round over Chris Powers in his Sonny’s-powered Camaro.

The defending world champion in Schwing America Pro Outlaw 632 presented by East Side Auto Transport, Johnny Pluchino, is on track to win a second title in his Kaase-powered, naturally aspirated ’06 Ford Escort with just over six rounds on the competition. He’s followed by Wes Distefano, who has two runner-up finishes in his Musi-powered, nitrous-assisted $hameless Racing ’68 Camaro. Christopher Holdorf in his Nelson-powered ’53 Corvette is third.

Racers will start the weekend with a full day of open testing on Thursday from 12-8 p.m. Friday qualifying begins at 10 a.m., followed by Friday Night Fire with two back-to-back pro qualifying sessions starting at 6 p.m. Sportsman racers will run final qualifying Saturday at 10 a.m. and eliminations beginning at noon. Professional class eliminations will begin at 4 p.m.