Meshal Alsabar takes the number one qualifying spot with a 3.973 at the PDRA ProCharger Brian Olson Memorial World Finals. After an earned bye in the first round of eliminations, Alsabar faced Gast in round two where he took a loss running a 3.966 to Gast’s quicker 3.937. 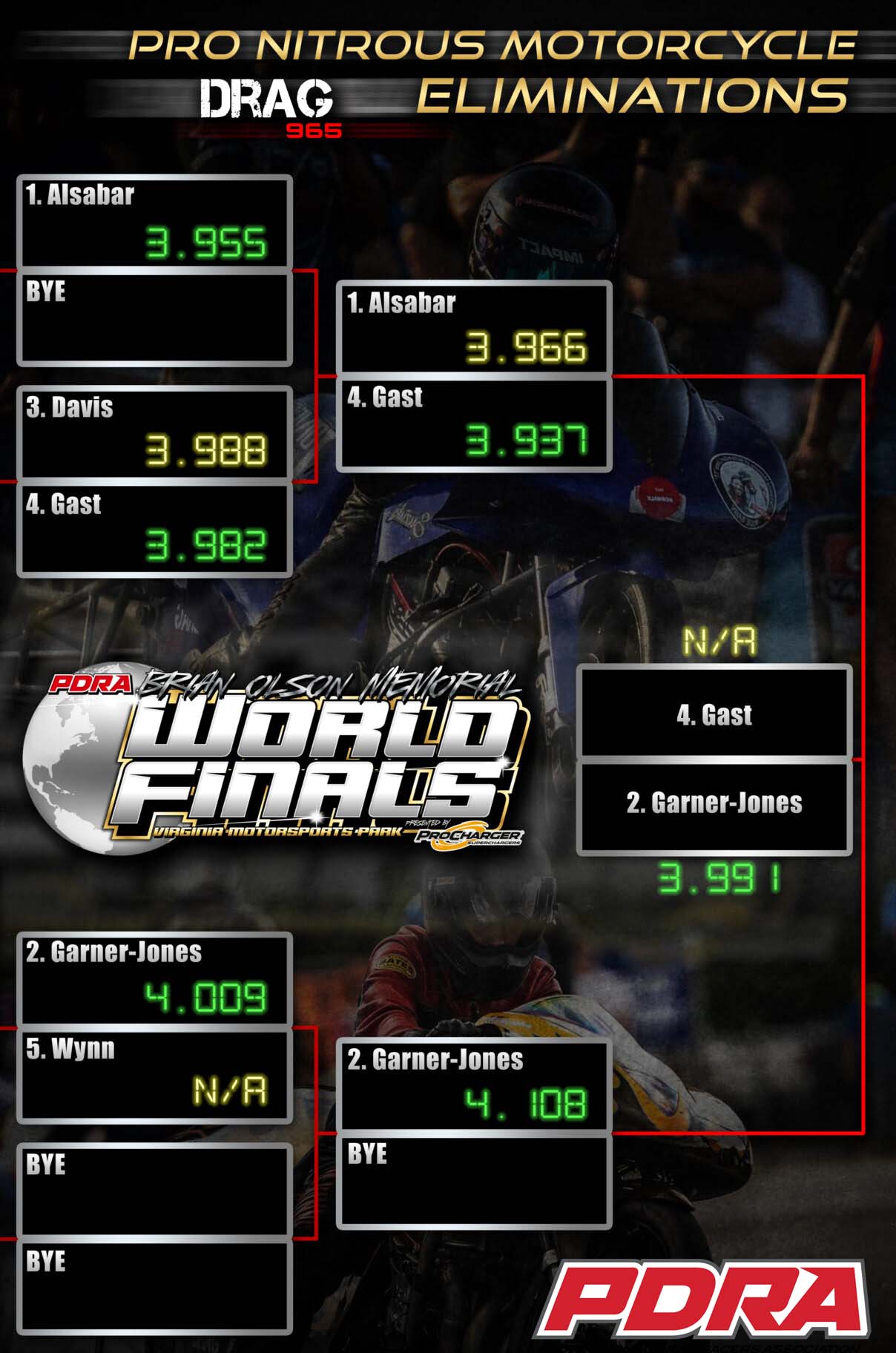 On the other side of the ladder, Chris Garner-Jones won three rounds of competition while being unopposed the entire event. In round one he would take a broke bye win against Terry Wynn, in round two he would have an earned bye, and then in the Finals Paul Gast would break on the line to send Garner-Jones to the winner’s circle. 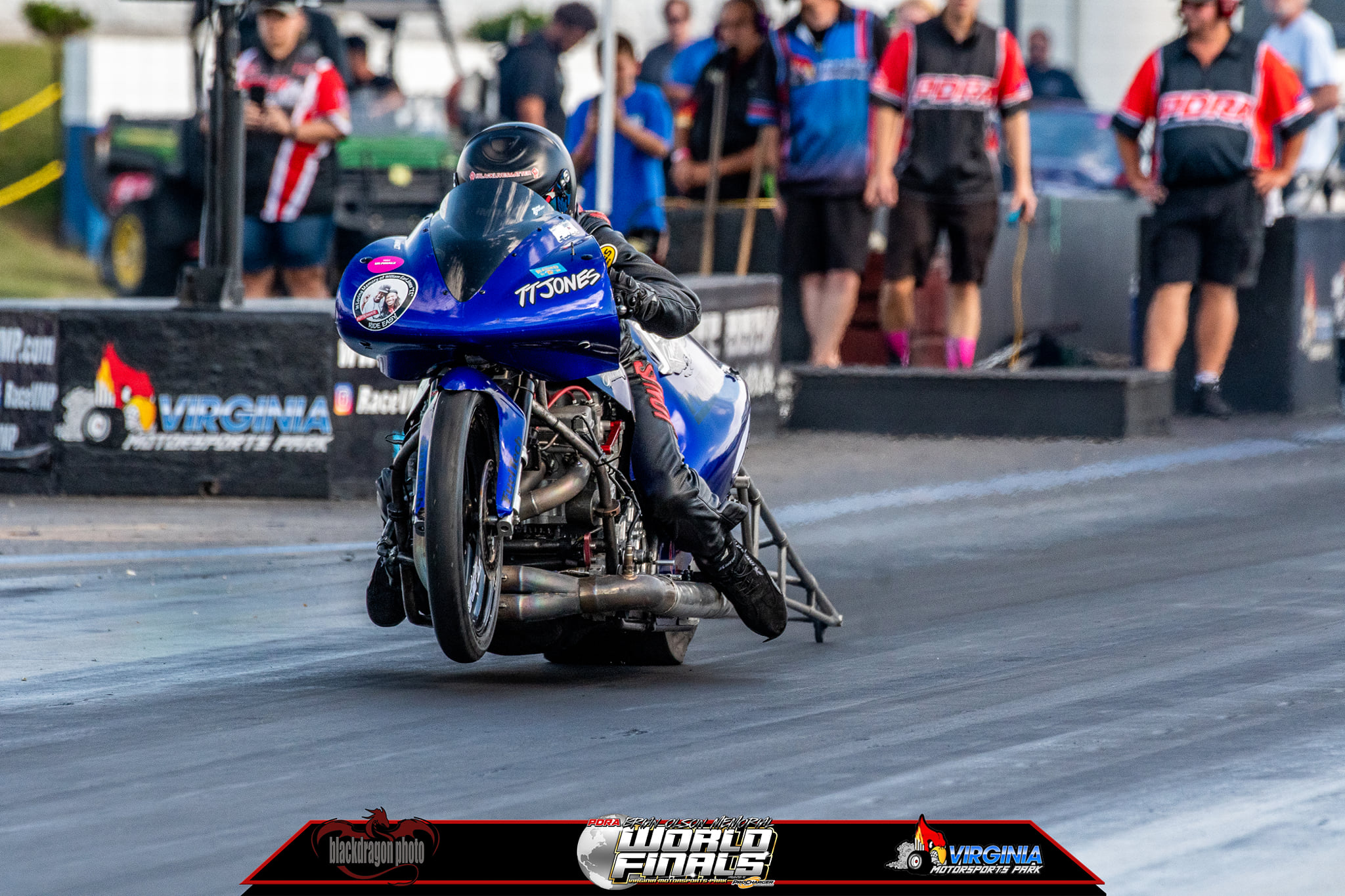 With this win Jones also earned his second championship this season. Last weekend he won the MaxxECU Pro Xtreme class on a turbo bike, and this weekend the Drag 965 Championship on a nitrous bike. Congratulations to Chris and his team on a stellar year of racing! 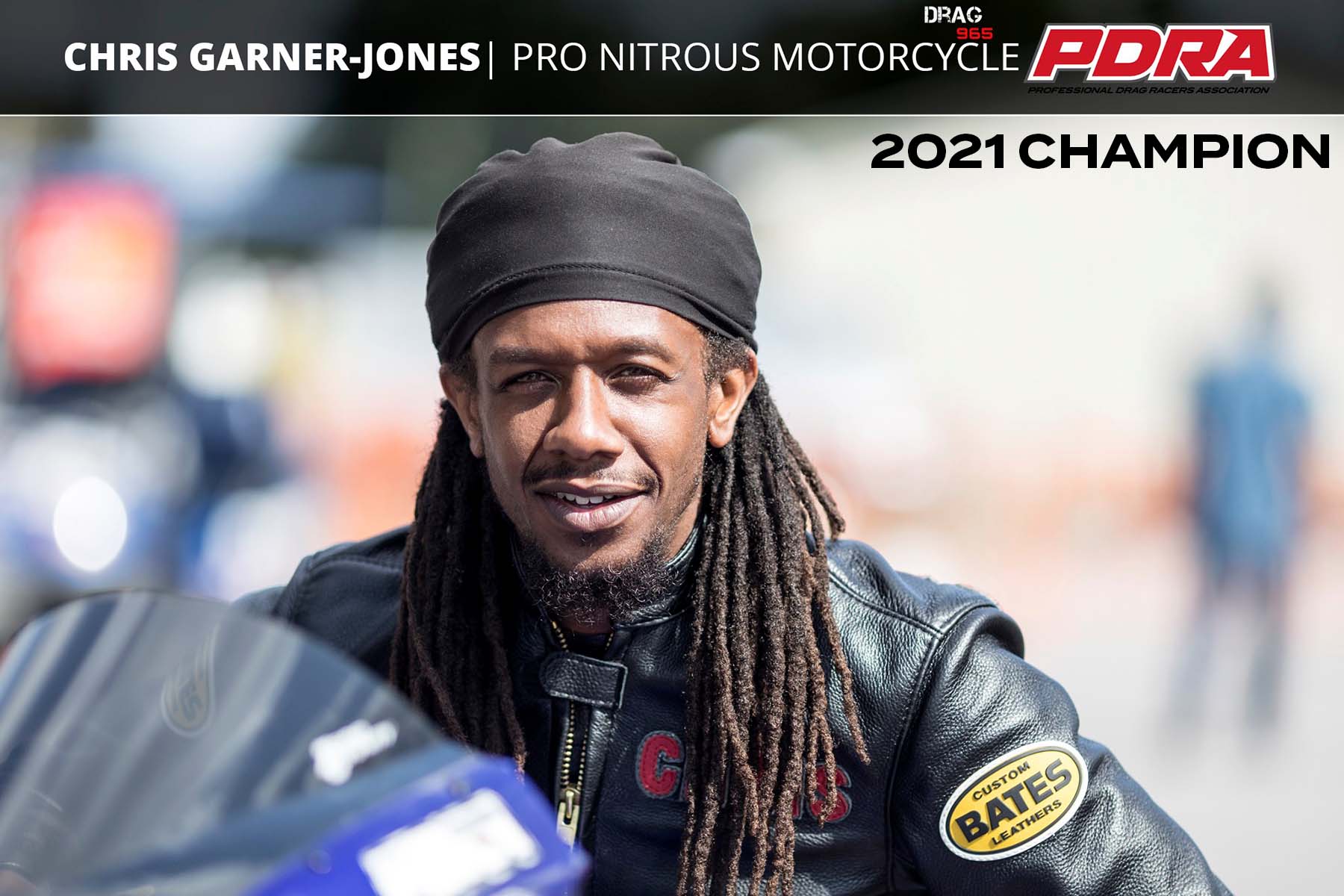 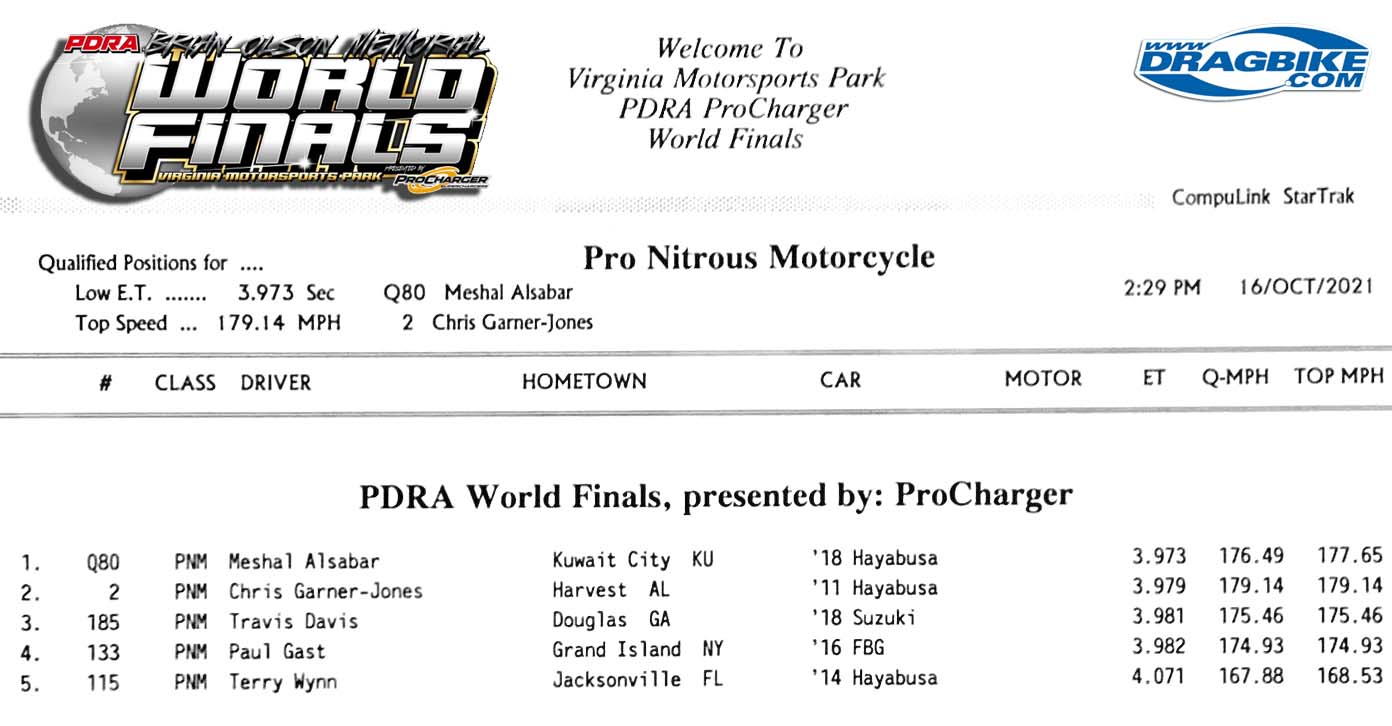