Thunderstorms Post-Pone to Next Race

Low qualifier Chris Garner-Jones continued to race consistently quick in Pro Nitrous Motorcycle eliminations as he rode his family-owned Hayabusa to a 4.073 over Terry Wynn’s 4.163 in the first round and a 4.046 over Terry Schweigert’s 4.326 in the semifinals. 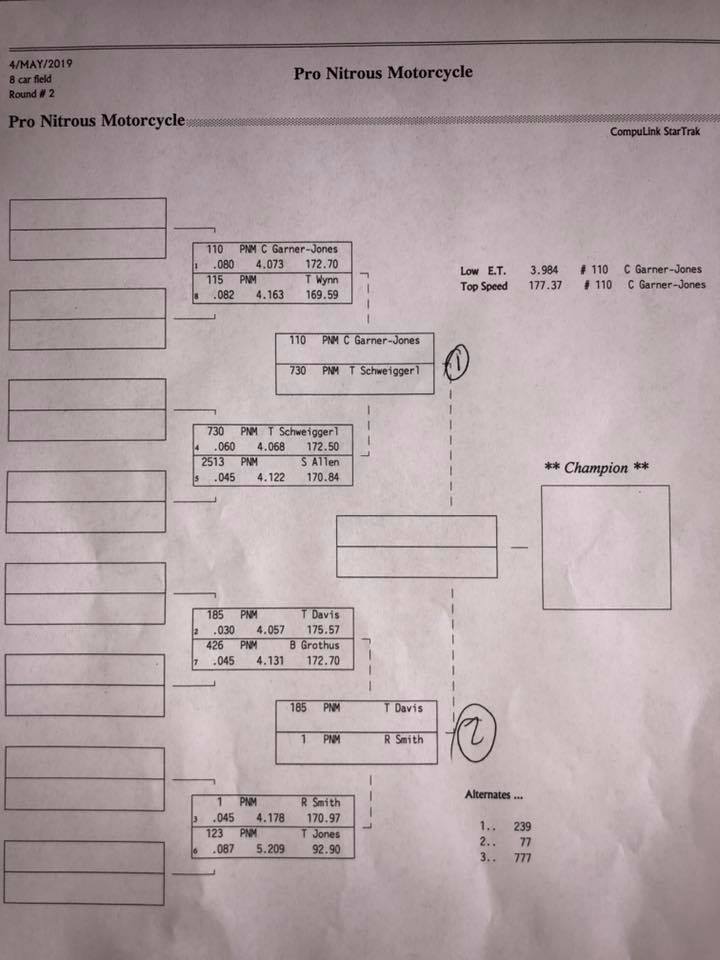 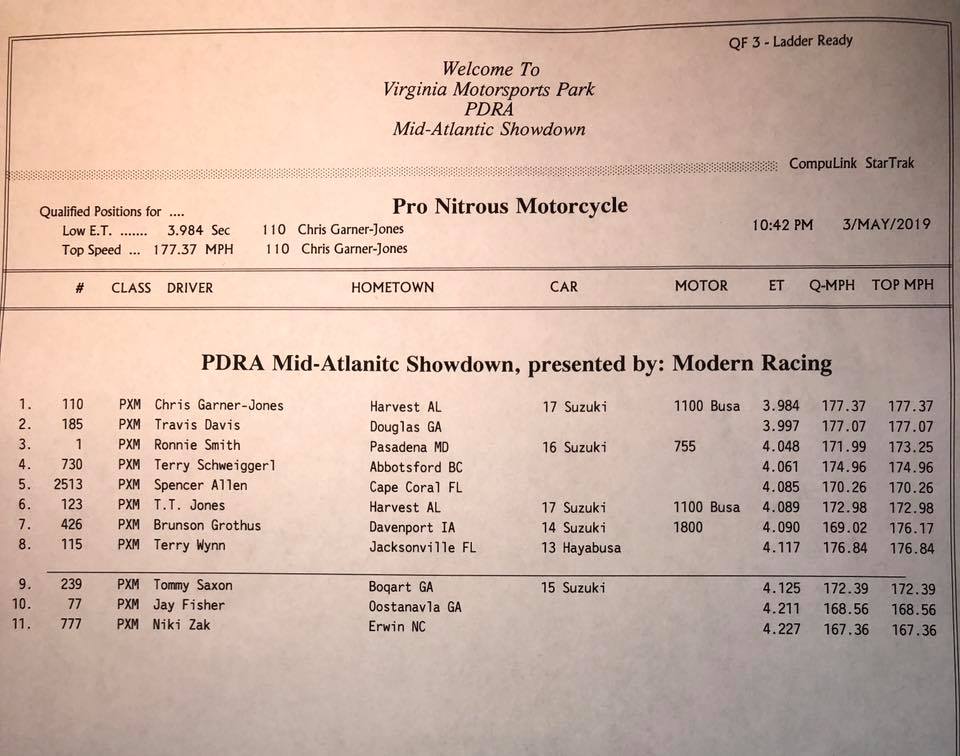 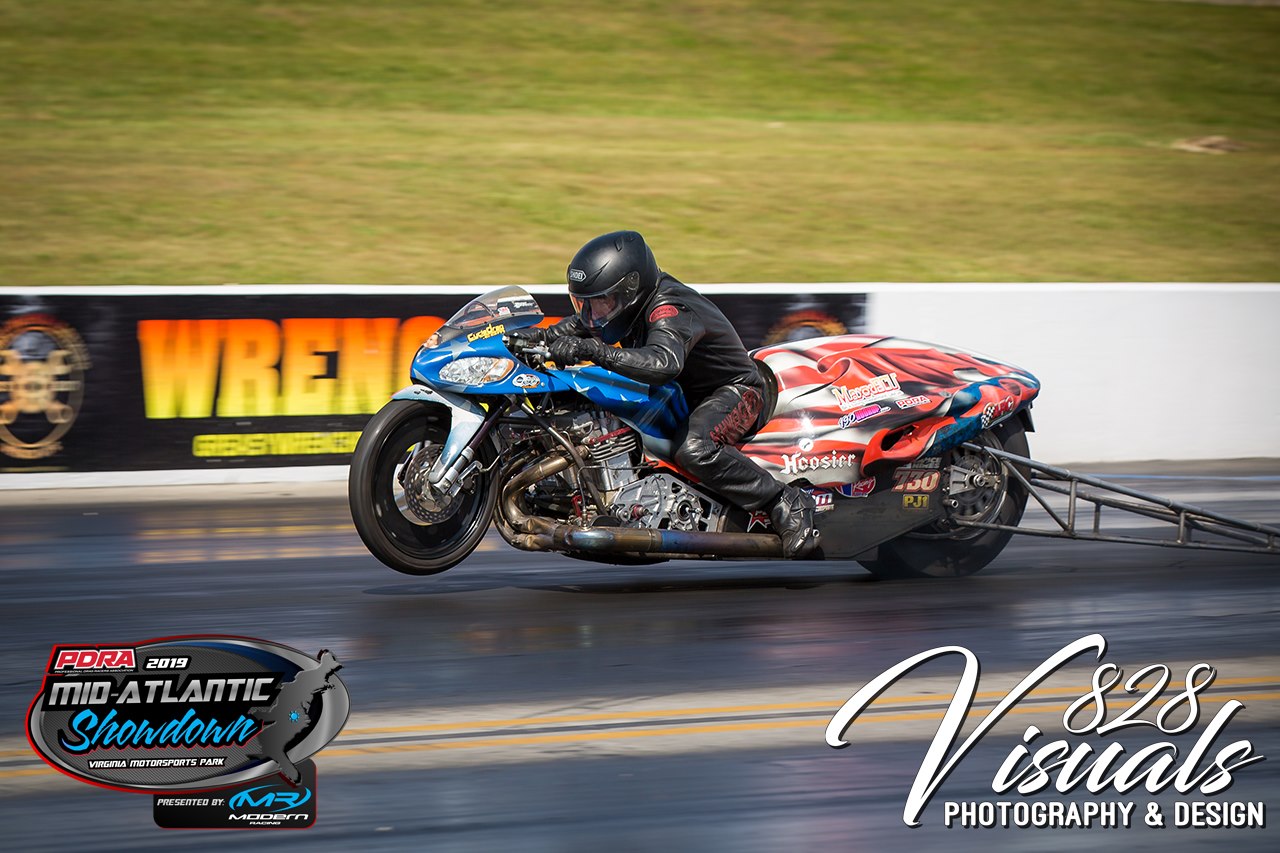 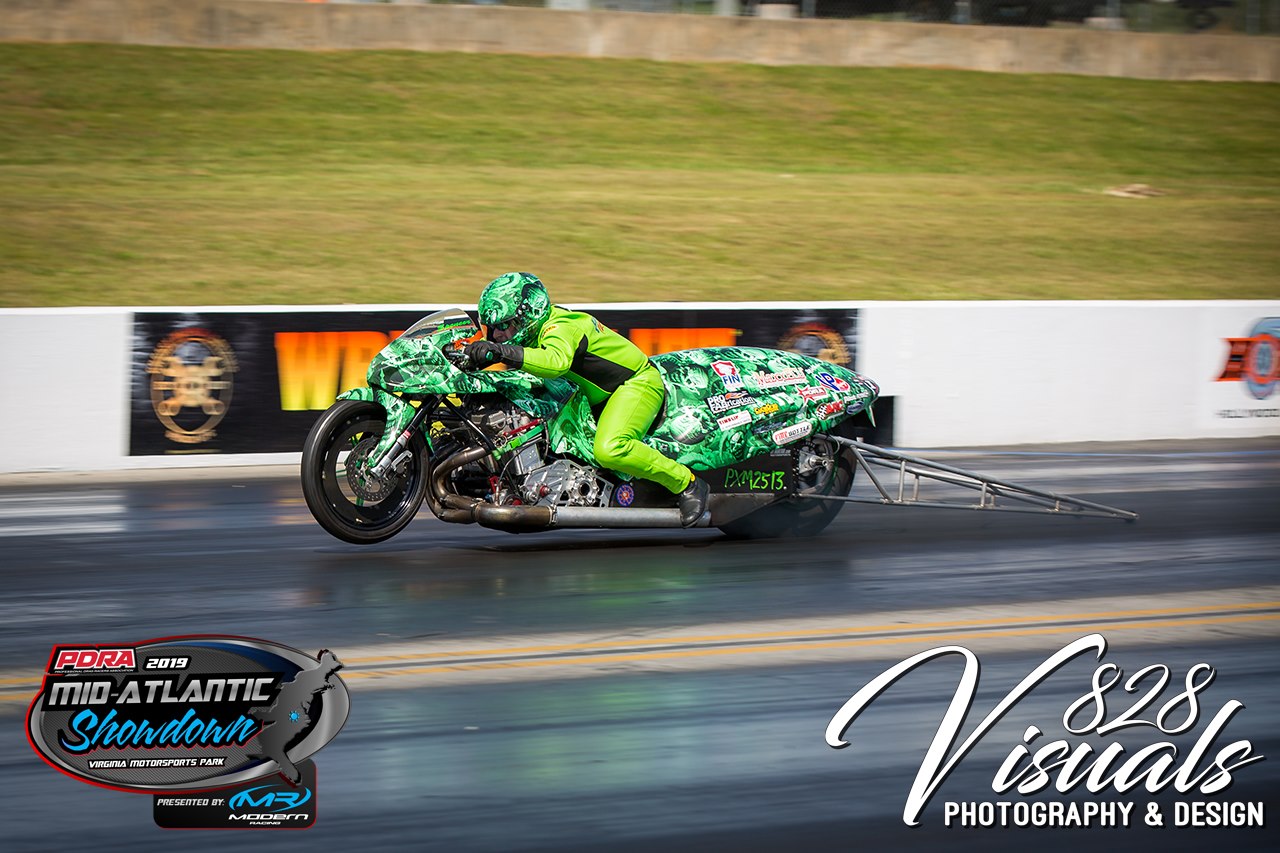 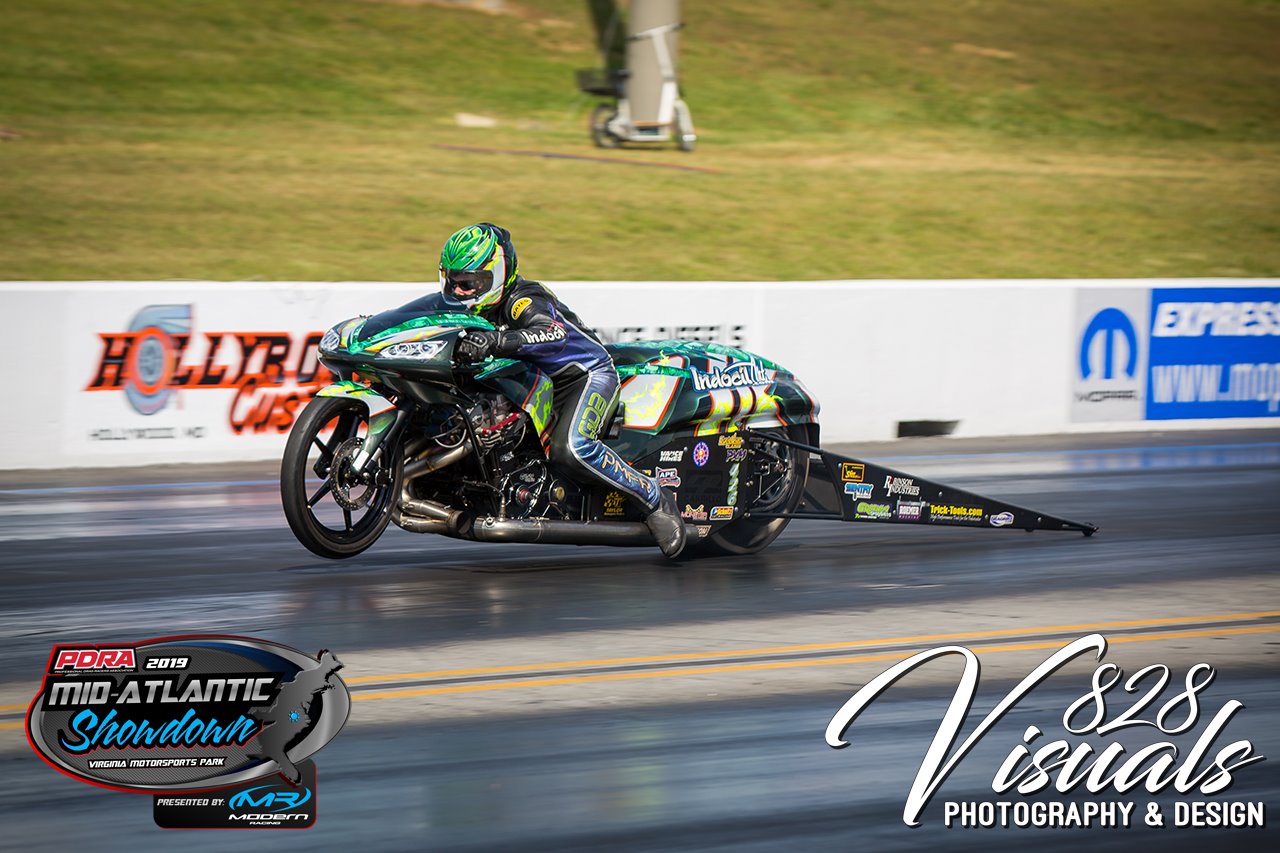