Pro Extreme Motorcycle veteran Paul Gast made the most of his second PDRA appearance of the season, as he defeated a string of the class’s toughest riders en route to a final-round win over first-time finalist Ricardo Knights. Gast left the starting line second, but quickly made up the difference and posted a 4.011 at 170.43 on his Fast By Gast entry next to Ricardo’s 4.109 at 169.83.

“I was fortunate to have a really good bike this weekend, and I felt like I rode well and raced well,” Gast said. “Everything lined up. My crew did a great job. We had a couple silly gremlins bite us on the first two qualifiers, then we just detuned everything to make a clean run on the final qualifier. We stepped on it from there. The bike was flawless in eliminations – didn’t even have to do anything to it. Now we just might have to come out to more of these PDRA races next year.” 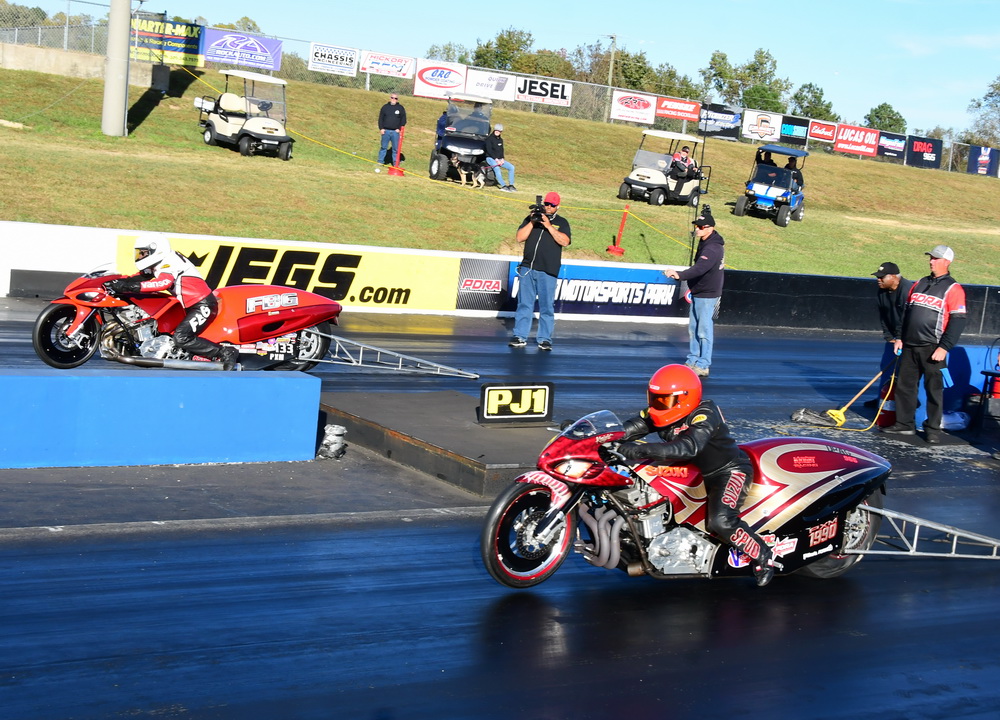 Gast previously raced past outgoing world champion Travis Davis with a 4.009, No. 2 qualifier Terry Schweigert with a 3.979, and championship runner-up Brunson Grothus with a 3.994. Knights had a first-round bye, then defeated Rickey Gadson and 2018 world champion Ronnie “Pro Mod” Smith. 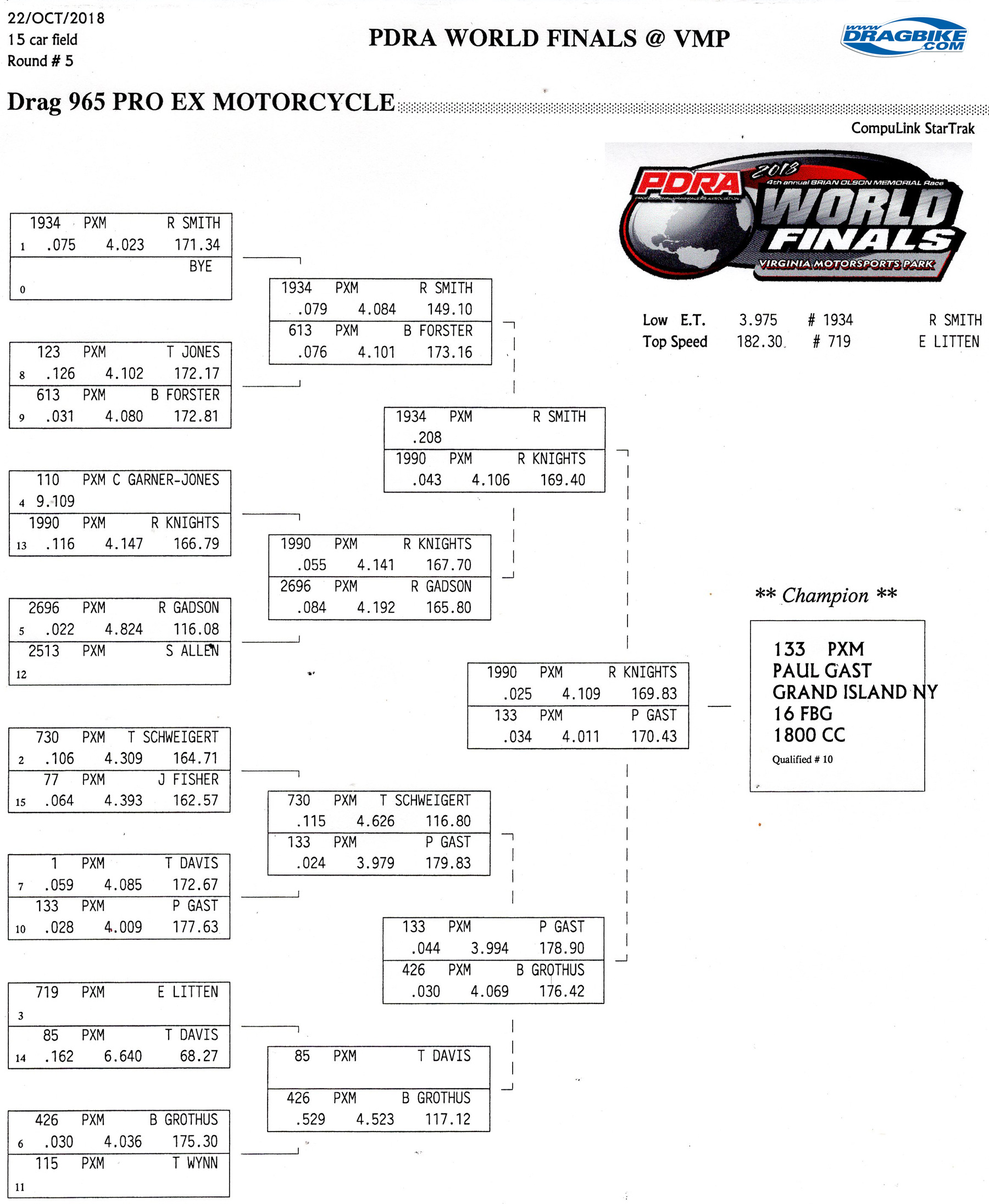 Points leader Ronnie Smith qualified number one his Innovative Performance Hayabusa with a 3.975 at 175.41. Terry Schweigert holds the number two spot with a 3.979 at 179.97 on his DME Racing turbocharged Hayabusa. Williford Racing’s Ehren Litten holds the third spot with a 4.004 at 182.30. Going into Saturday the two turbocharged entries will be looking to overtake the number one spot with a final qualifying session at 2pm. Eliminations are slated for 7pm. 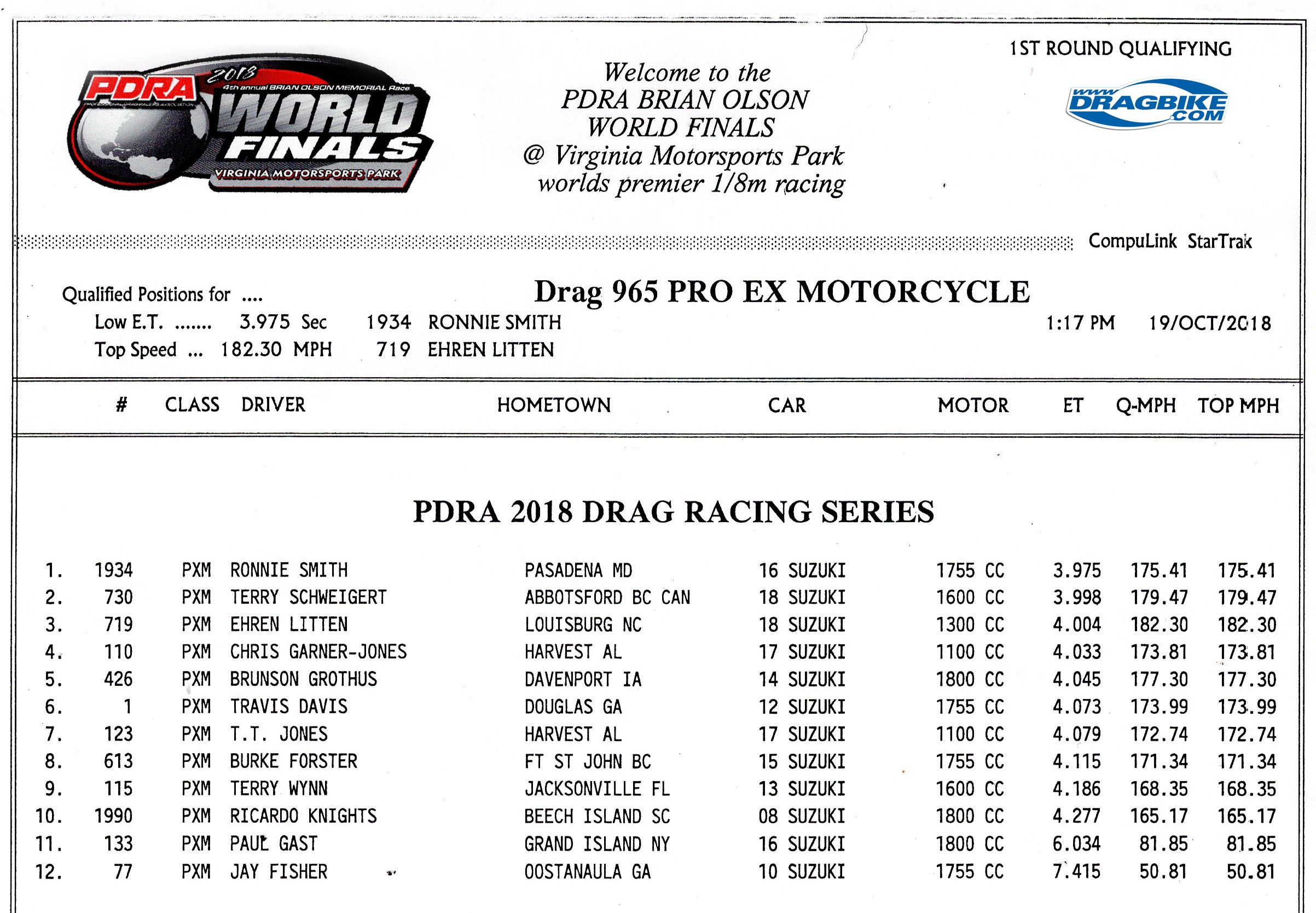 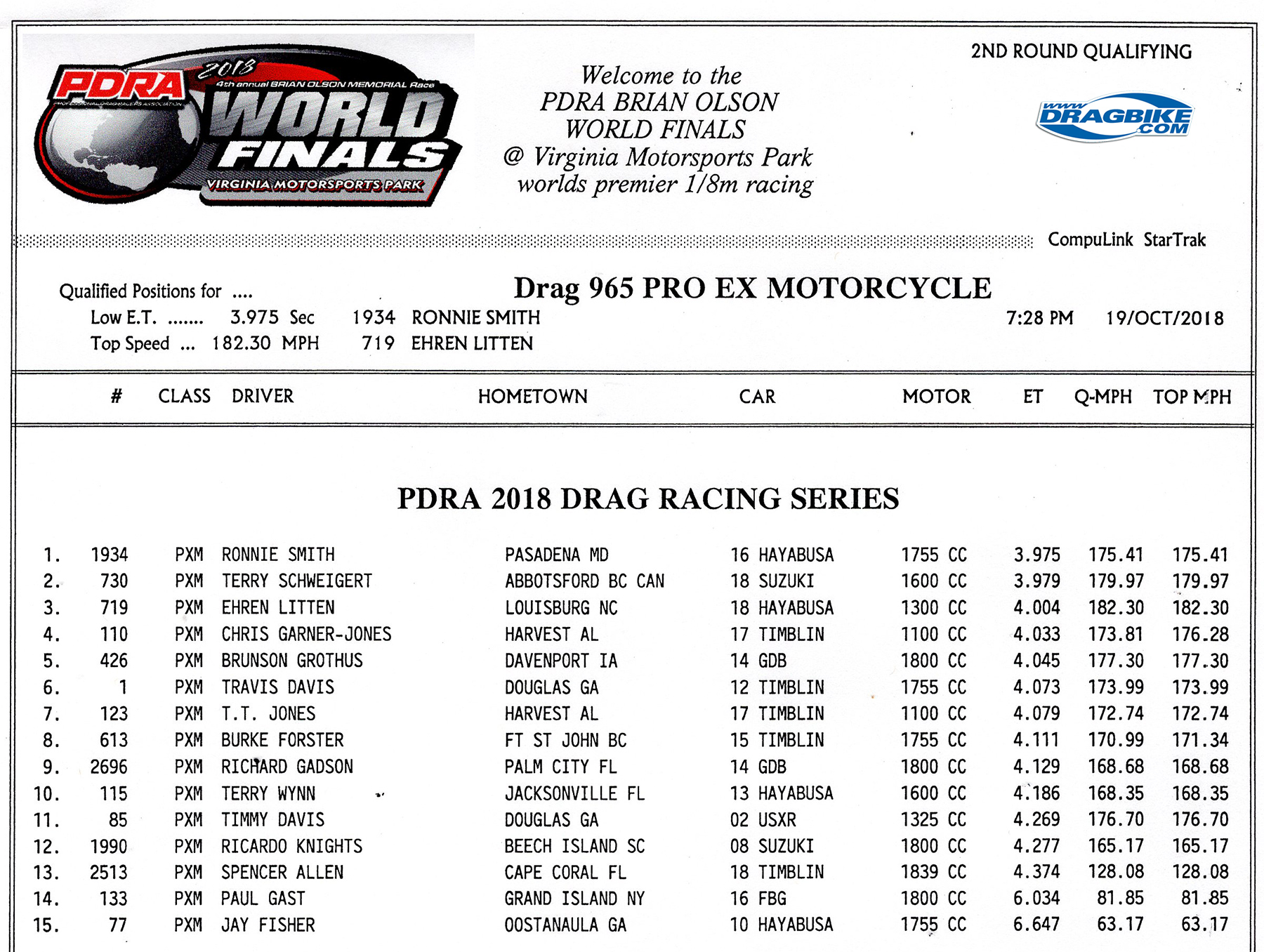 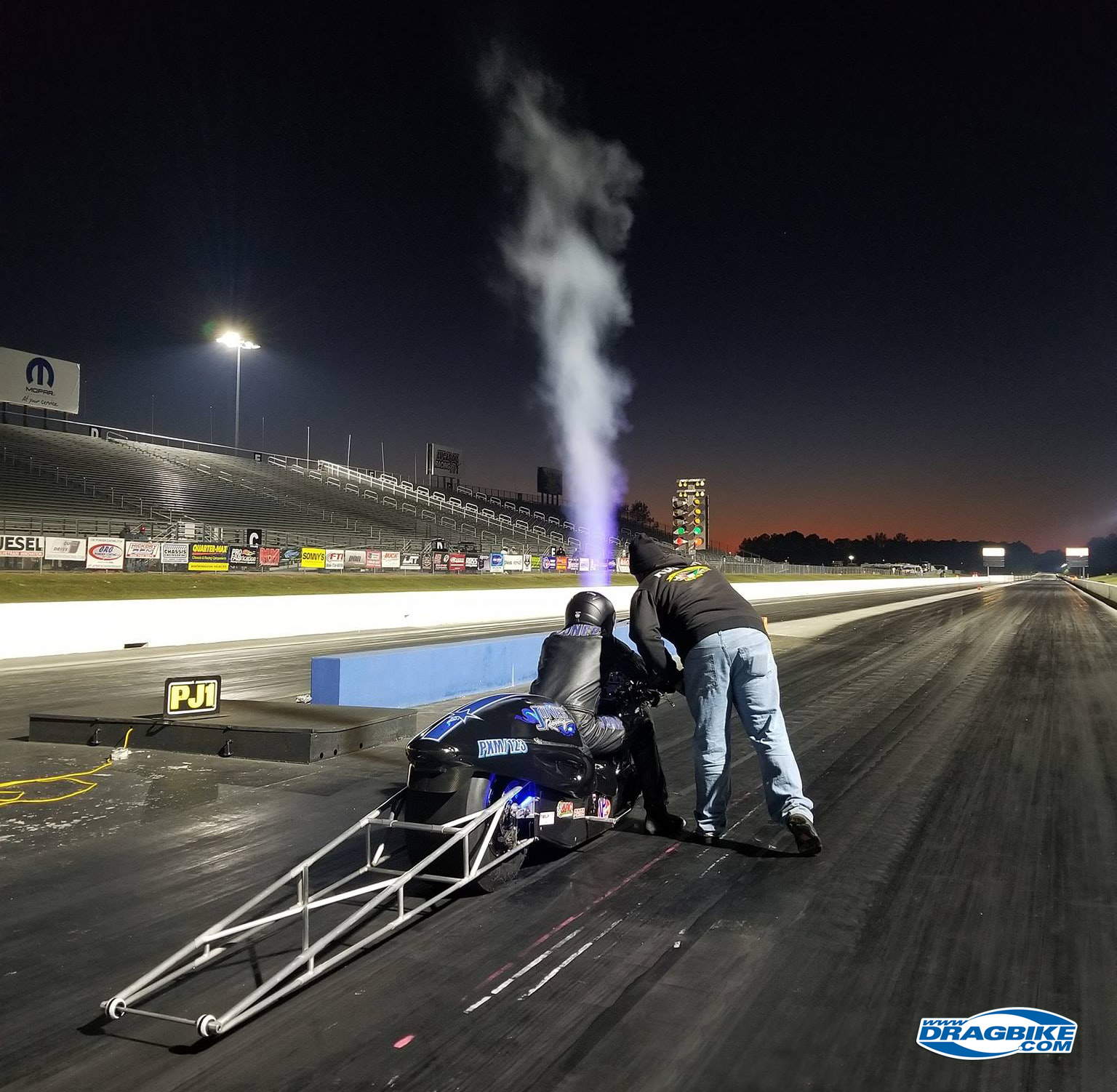 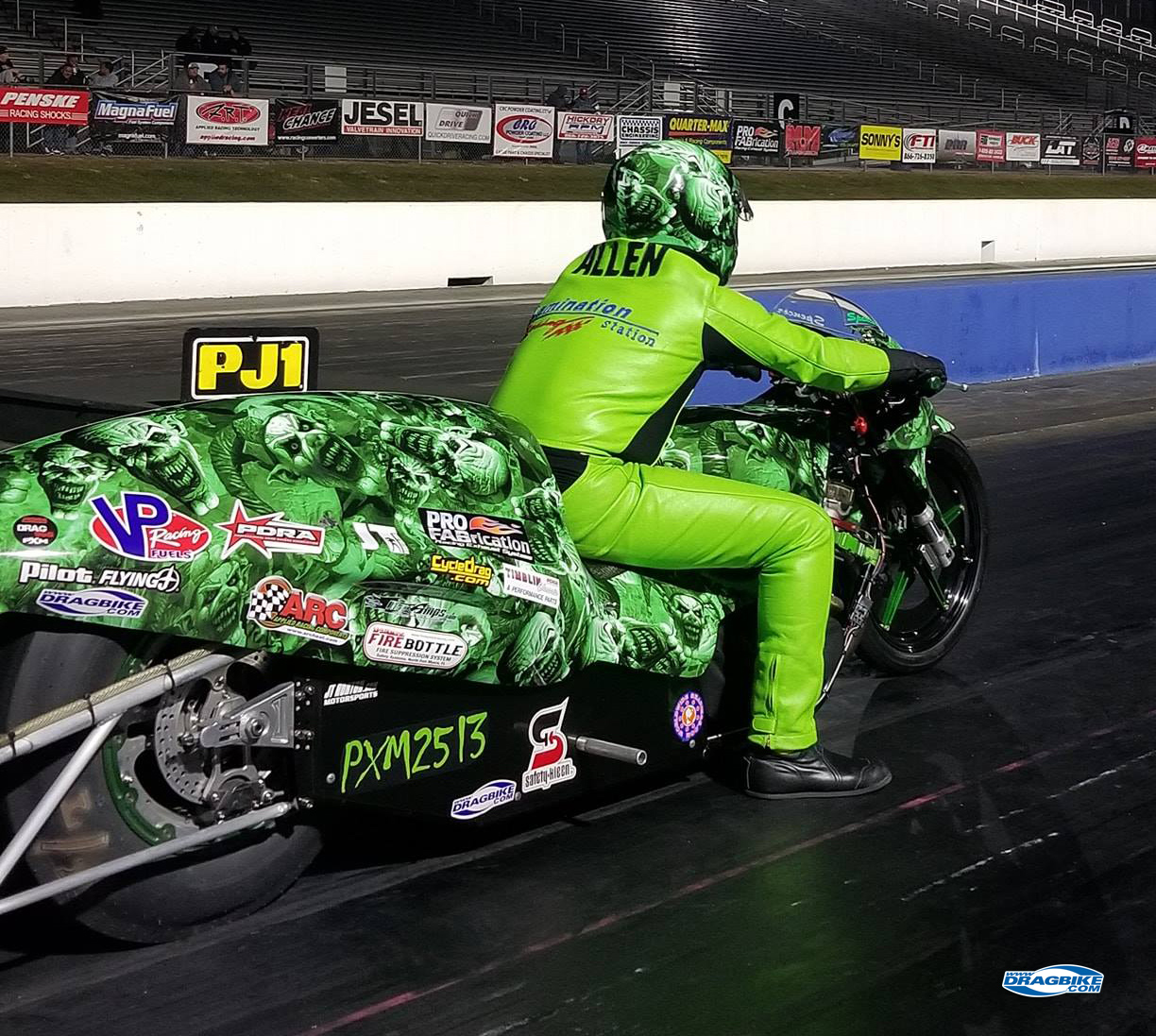 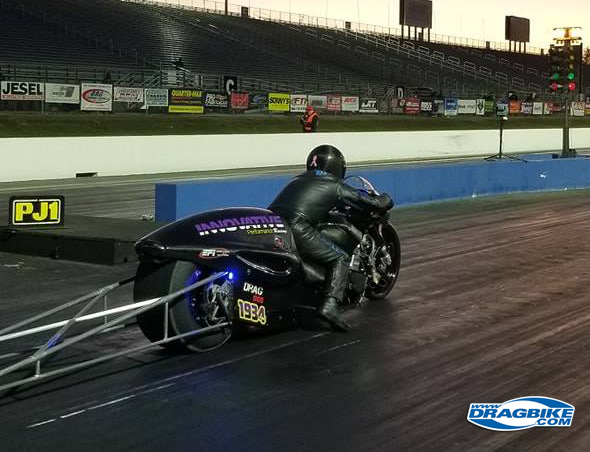