Davis started the weekend in the number two qualifying position and rolled into eliminations with a consistent hot rod underneath him while Chris Garner-Jones was riding a rocket ship leading the two-wheeled machines into race day. 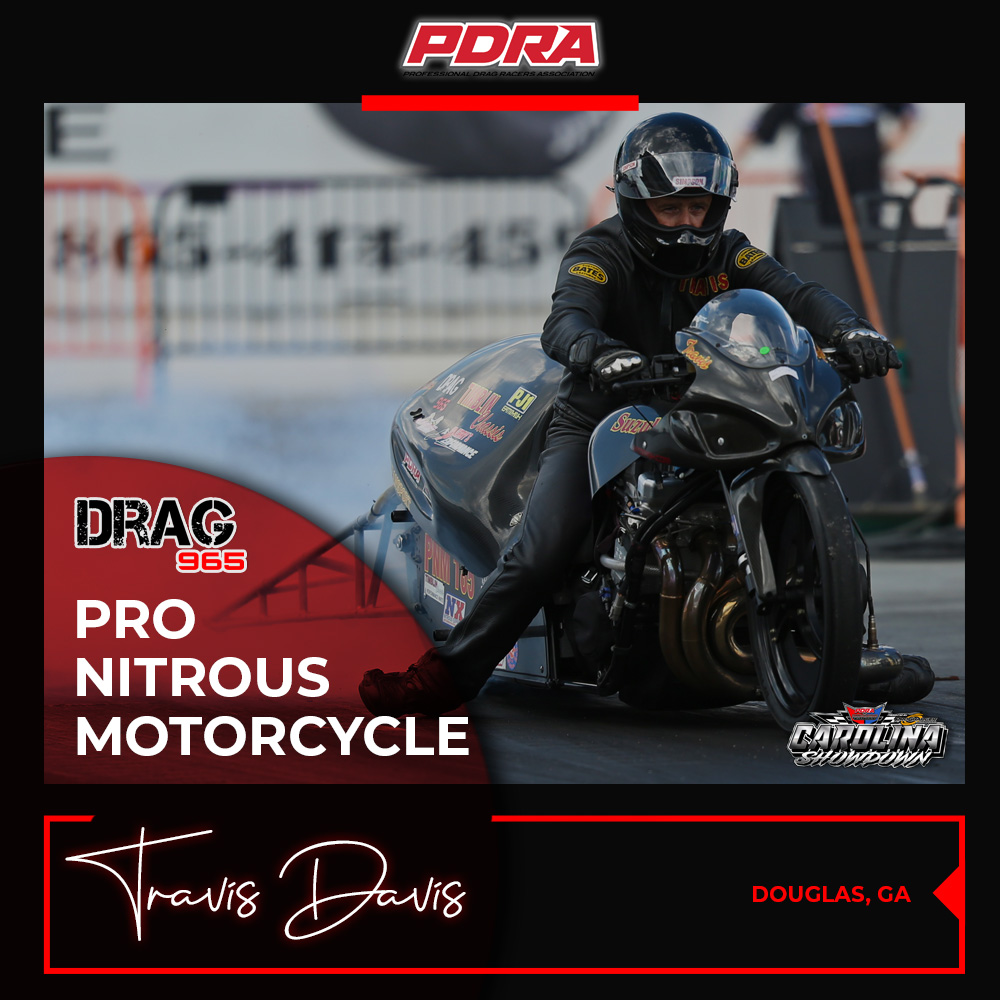 Garner-Jones came out with a 4.03 in first round while Davis stayed consistent and grabbed the round win. Garner-Jones laid down a stout 4.02 on a bye run in the semi-finals while Davis defeated Richard Gadson with a 4.06 on his side of the ladder, creating a marquee match-up in the finals. Davis ripped a .012 reaction time off the starting line and never looked back running his best run of the weekend with a 4.04 while Garner-Jones laid down low elapsed time of the weekend with a 4.00 but missed the tree just enough to not have enough real estate to stop Davis from starting 2020 with back-to-back victories. Two victories in two races plants Davis at the top of the championship standings while Garner-Jones is in hot pursuit for his first world championship in the PDRA Racing series. 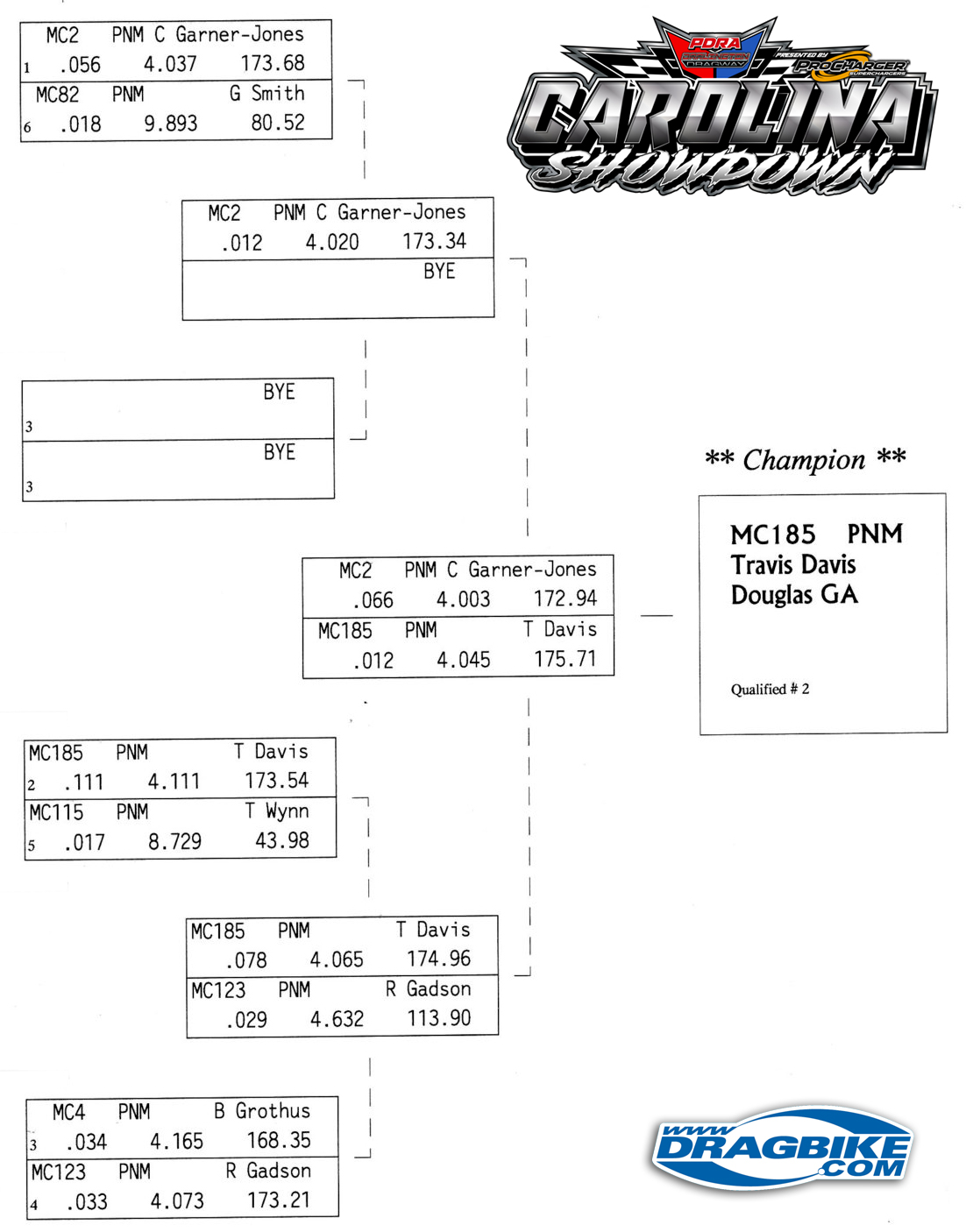