Second-generation Pro Nitrous Motorcycle rider Chris Garner-Jones scored an emotional win – his first in PDRA competition since winning at Maryland in 2015 – when he defeated multi-time winner Brad McCoy in the final round. Jones, who lost his father and teammate T.T. Jones to cancer a year ago, recorded a 4.007 at 176.67 aboard his T.T. Jones Racing Hayabusa to knock out McCoy and his 4.044 at 174.93. 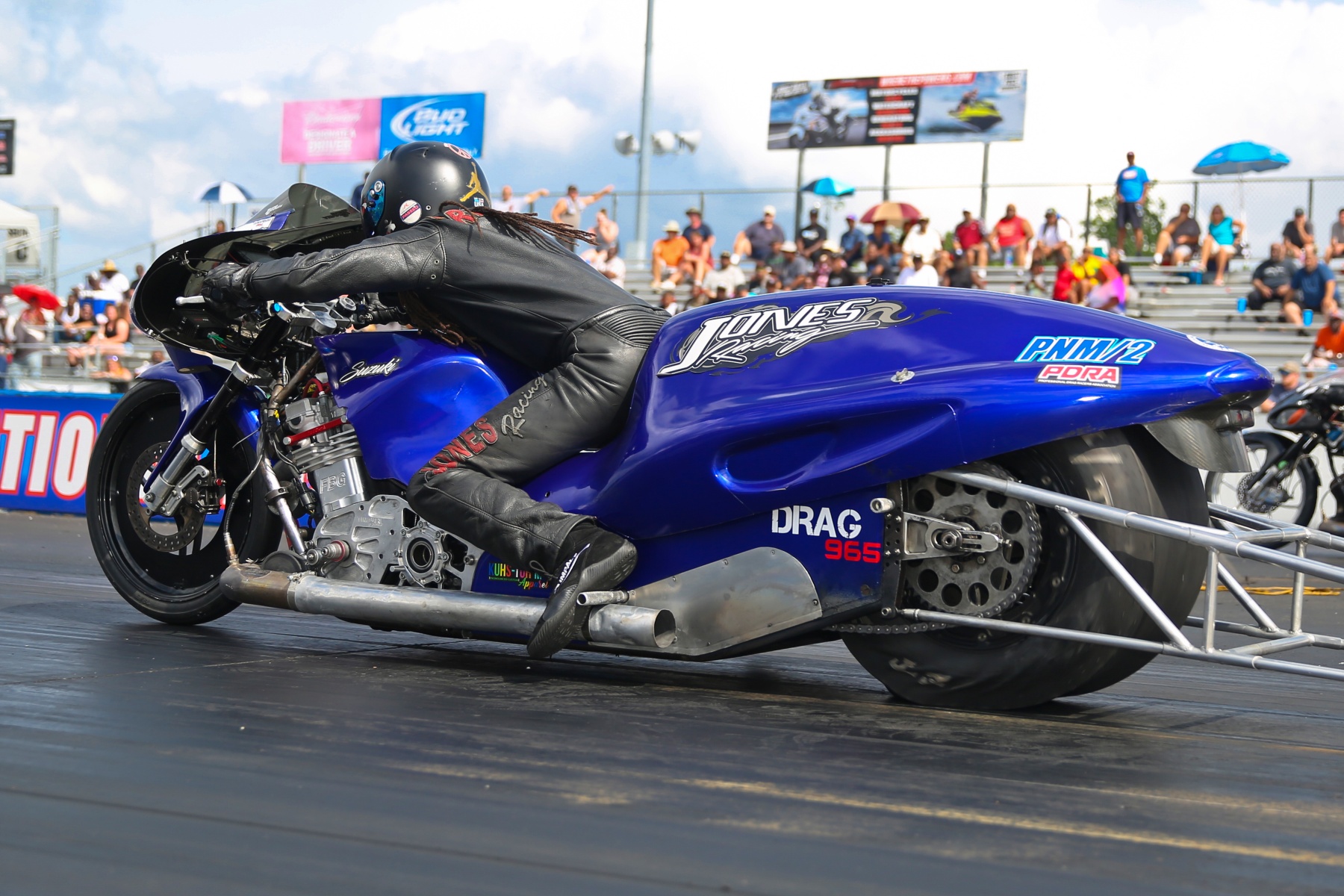 “It’s been so long since I’ve had a win at the PDRA,” Garner-Jones said. “Seeing that Father’s Day was a week ago, this one means a lot. Happy heavenly Father’s Day again to my dad. Big thank you to my little brother [William]. He tuned his ass off this weekend. Paul Gast helped us out a little bit and got our clutch set up. After that, we’ve been running fantastic.” 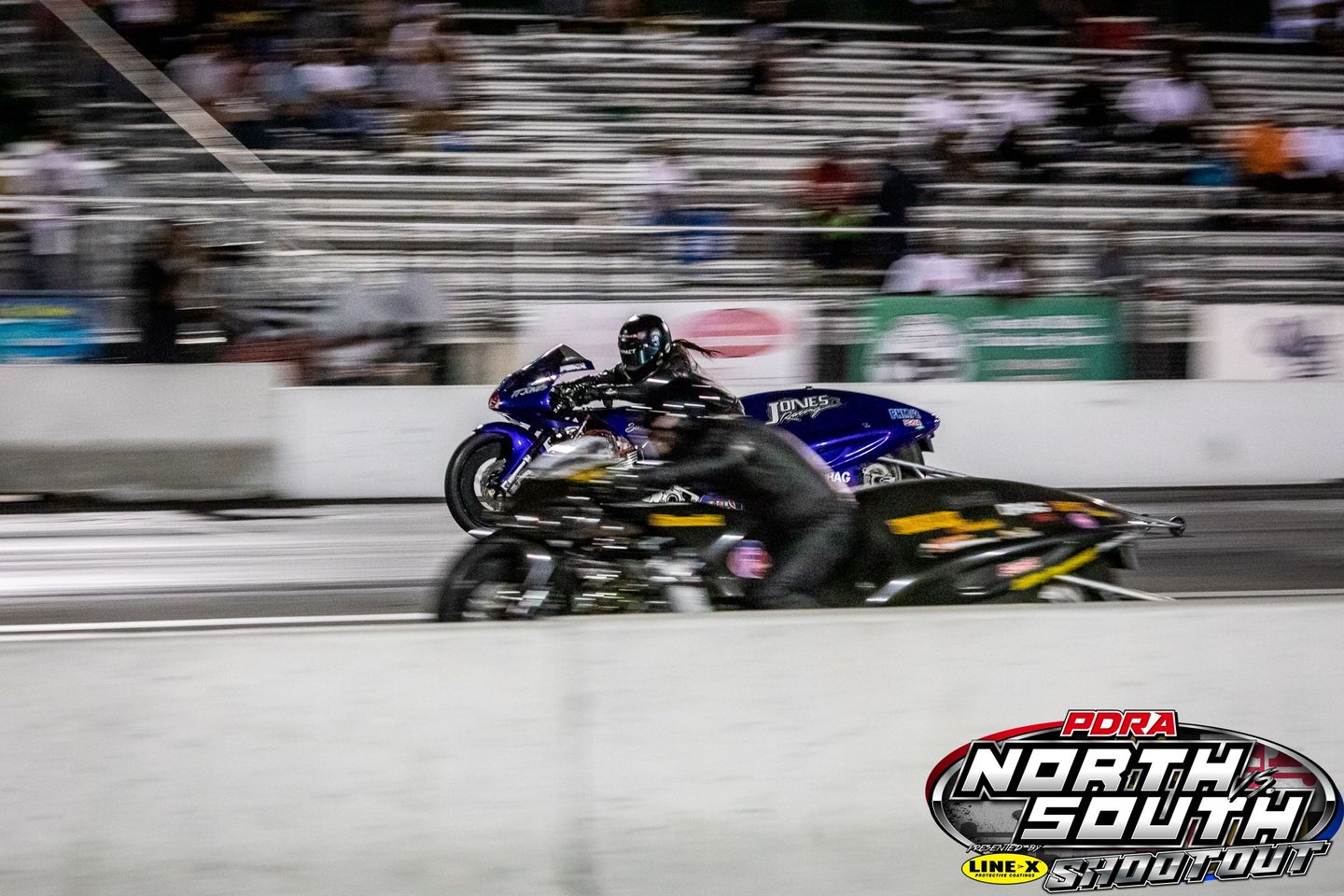 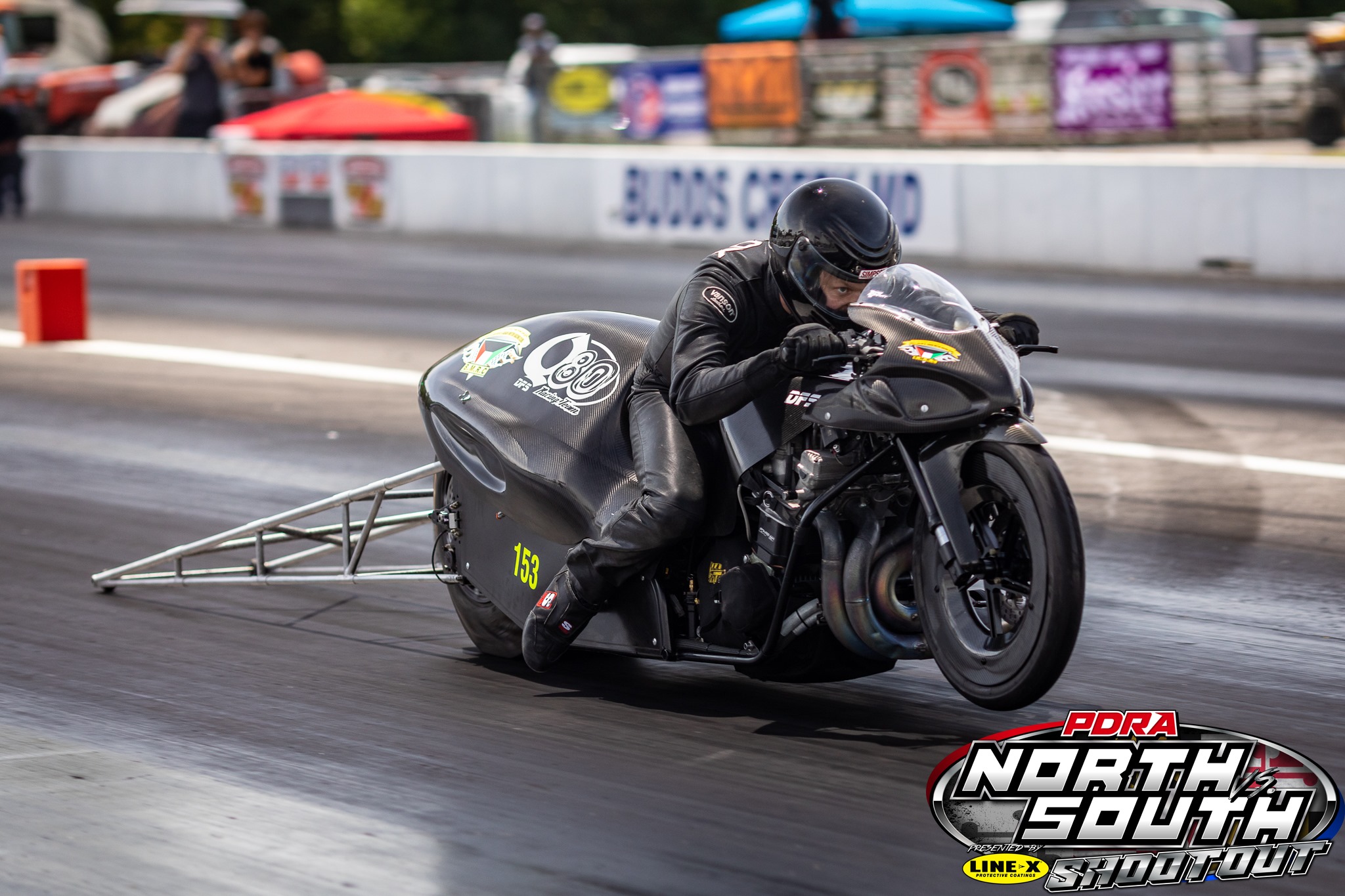 Racing out of the No. 2 spot, McCoy defeated Mohammed Alawad’s 4.145 with a 4.092. He coupled a slightly quicker reaction time and a 4.042 to knock down defending world champion Travis Davis and his 4.043 to move on to the final round. 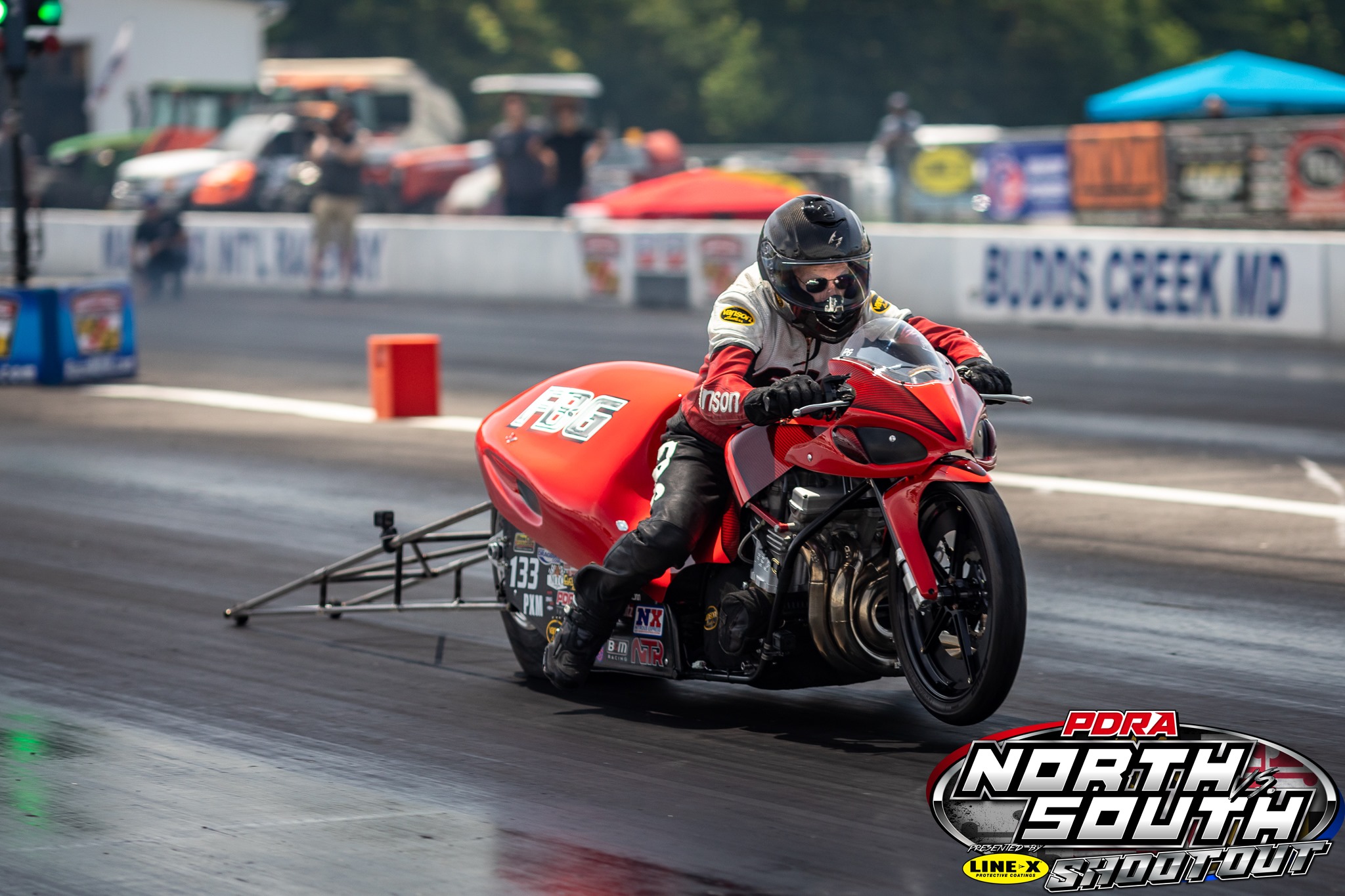 The PDRA and its racers will have a few weeks off before returning to Virginia Motorsports Park for the Summer Shootout presented by Ty-Drive, July 15-17. 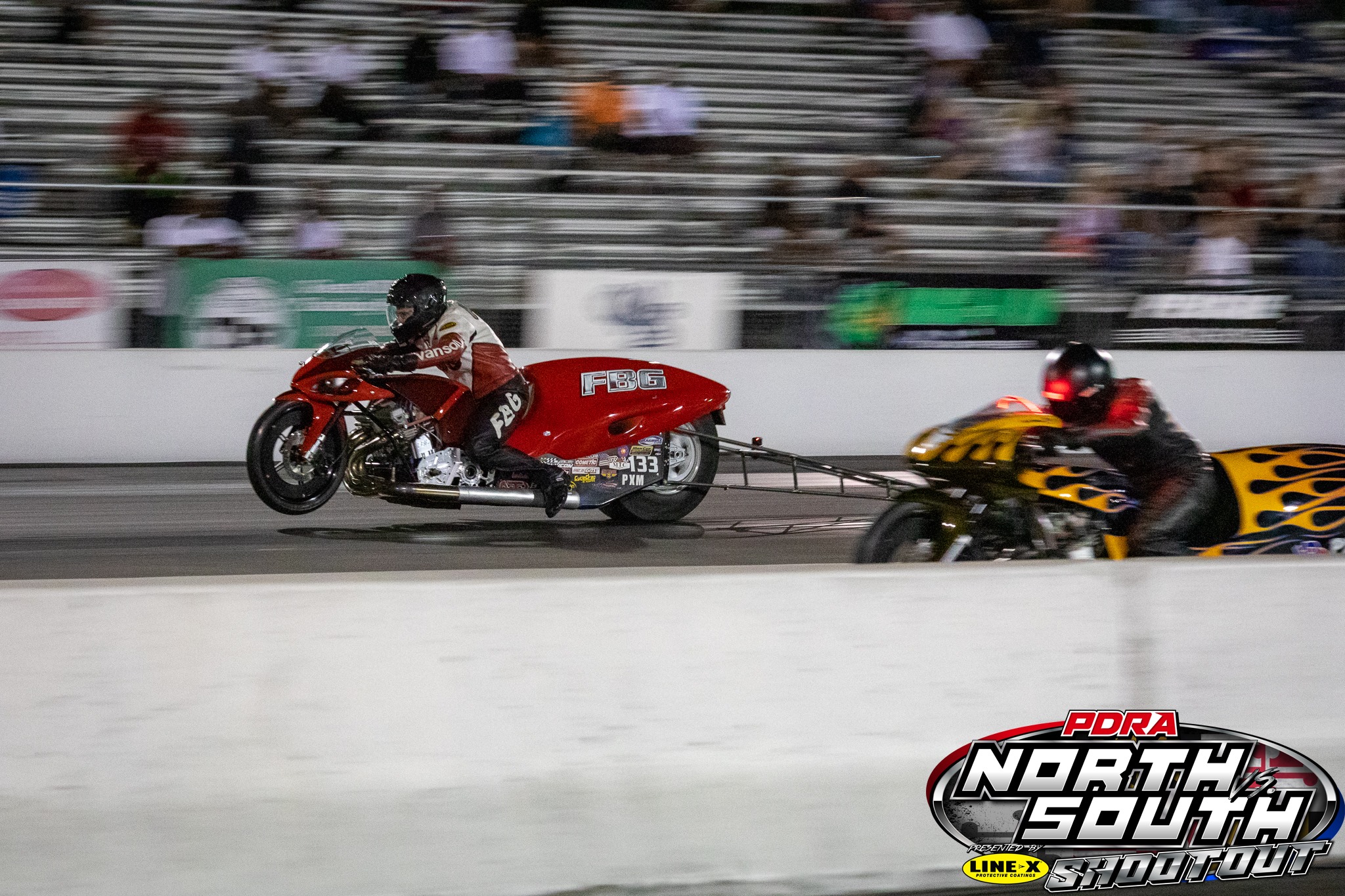 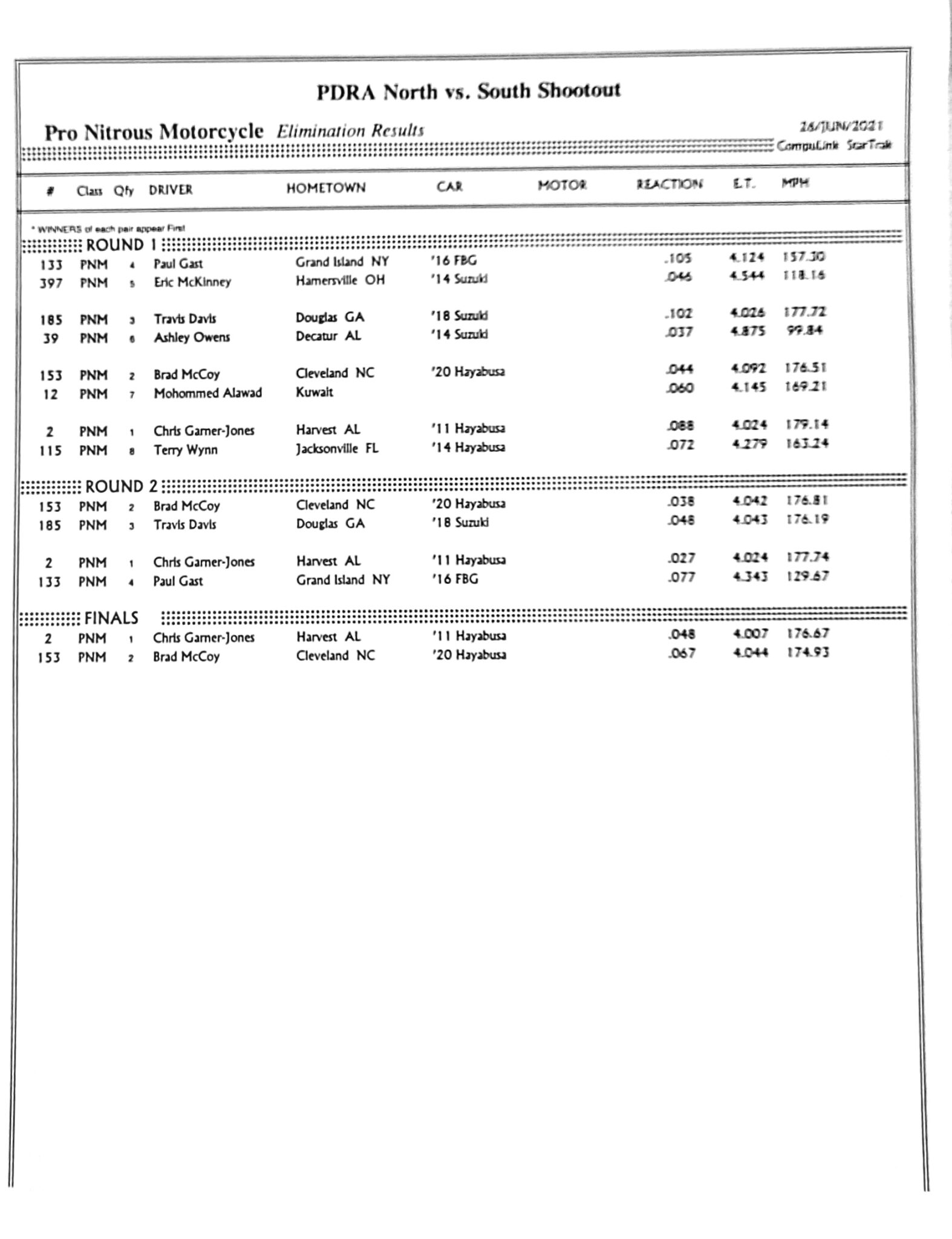 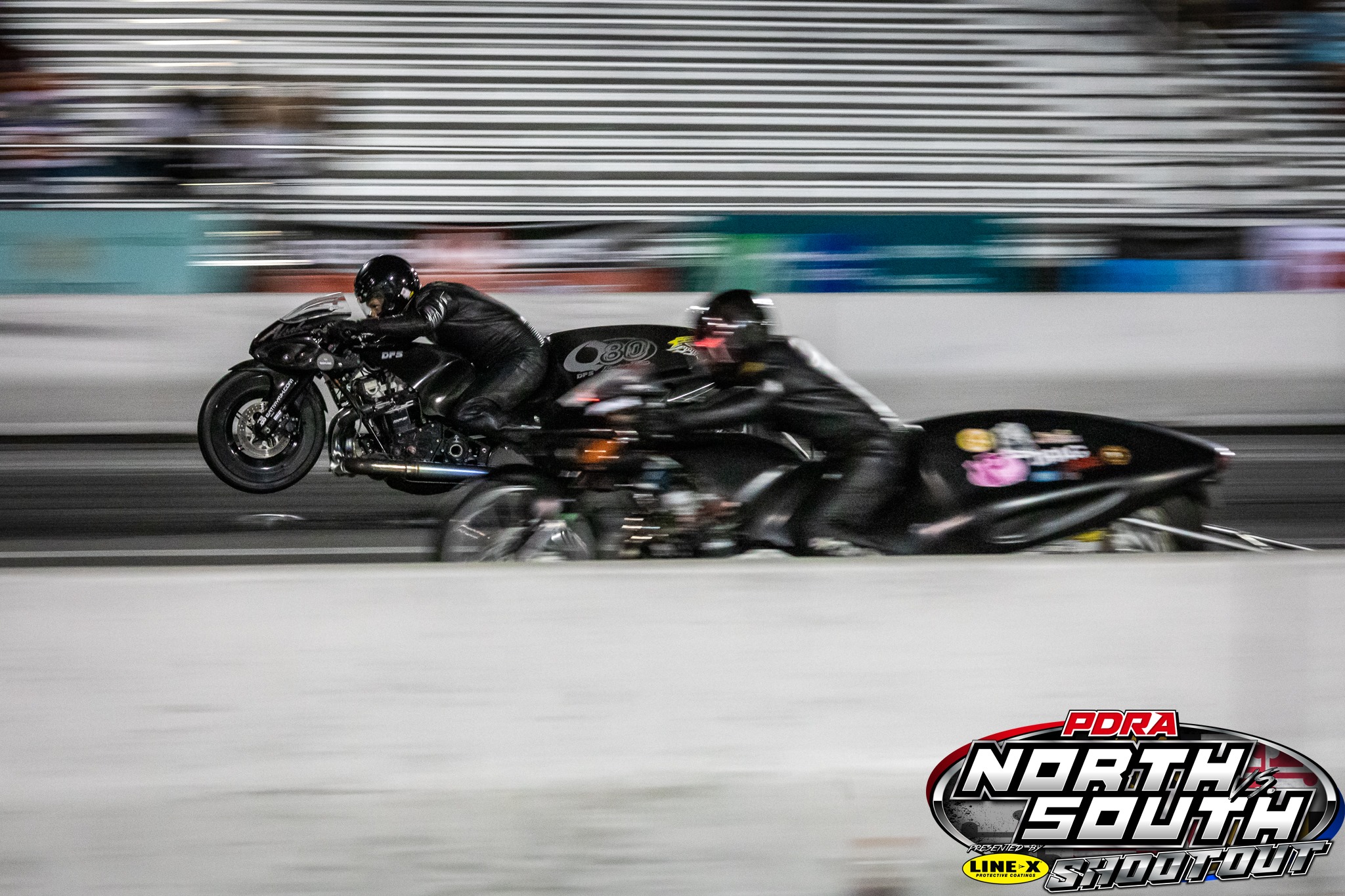 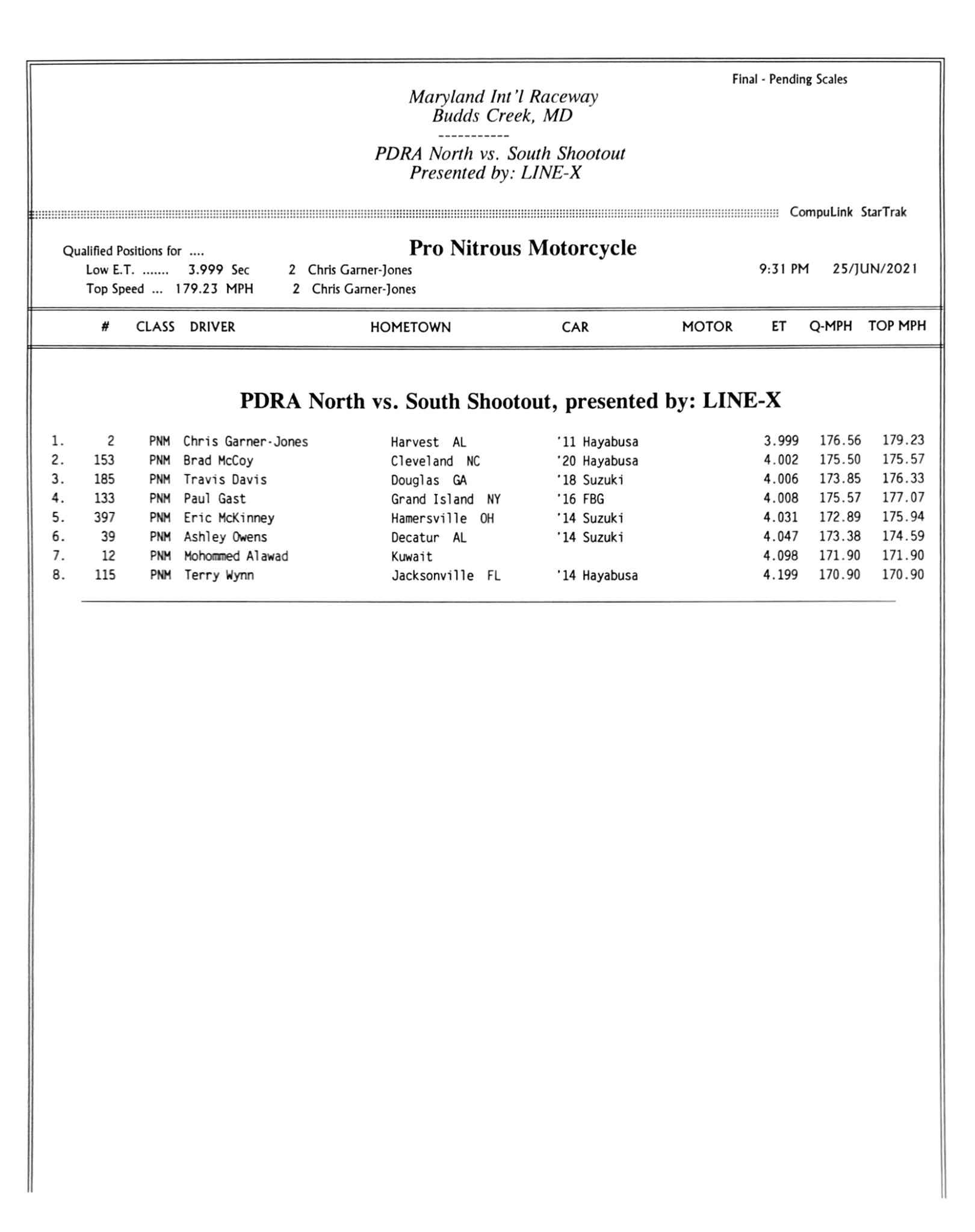 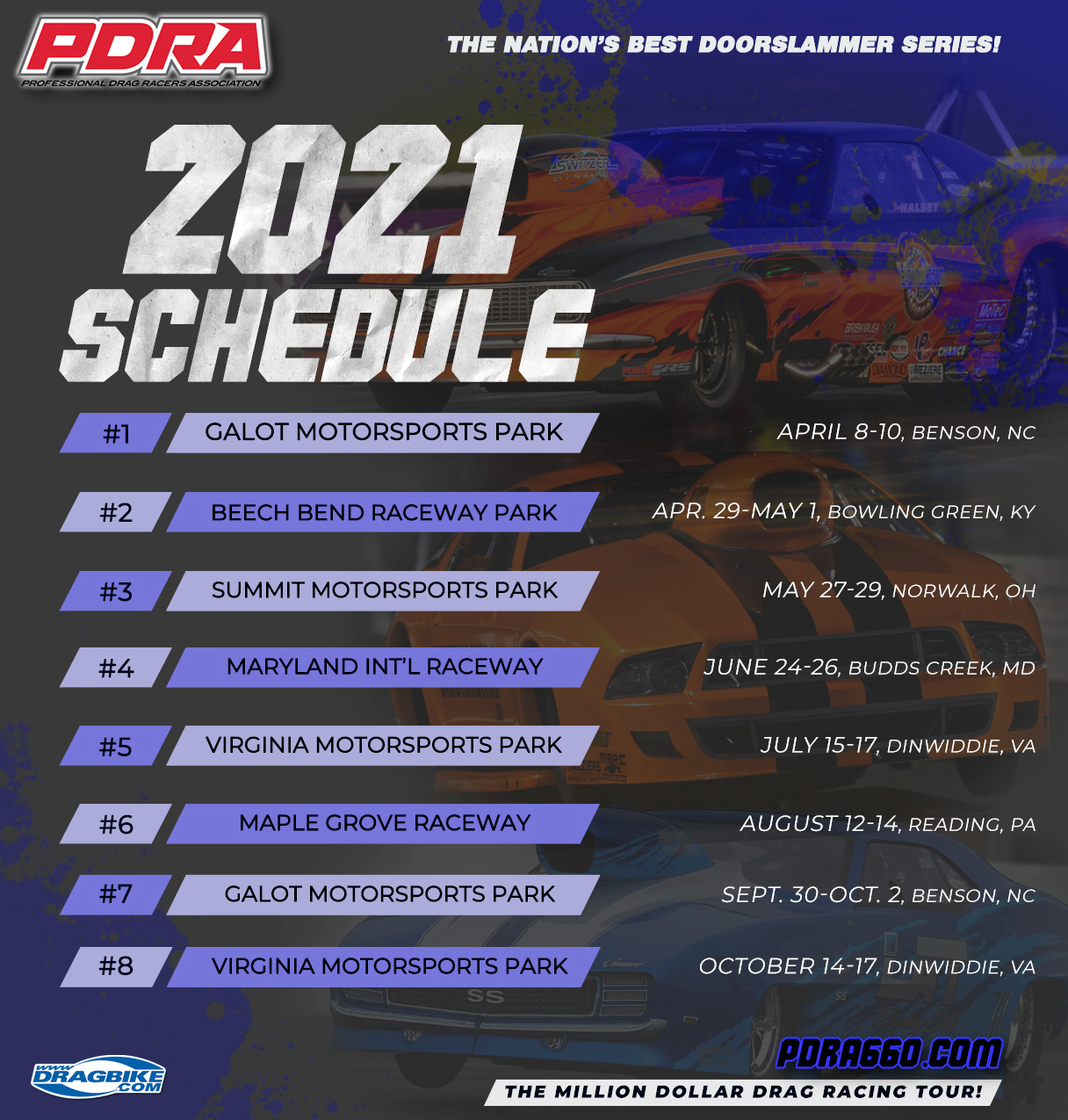