After the fields were tentatively set by two rounds of qualifying on Friday (July 26) at Virginia Motorsports Park, only past class champion Ashley Owens in Pro Extreme Motorcycle was able to force a change at the head of the lists in Saturday’s last-chance qualifying session with a stellar 4.05-seconds pass at 174.37 mph in the heat of the day on Saturday.

In one of the most dramatic races of the event, Owens fell in the opening round to teammate and points leader Eric McKinney, however, after both riders posted identical 4.090 runs, with McKinney’s .014 starting-line advantage translating to the same margin of victory 660 feet later. Two-time class champion McKinney then beat Jay Fisher in the semis to reach another former champion in Billy Vose for the final. 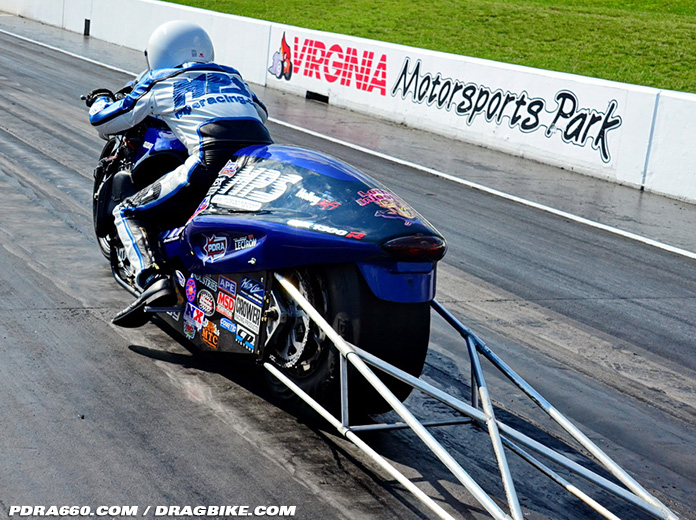 Vose, who qualified sixth for the eight-bike field in his first PDRA appearance, scored a first-round win over Canada’s Terry Schweigert, then beat Ron Procopio with a 4.08 pass in his own semi-final match to earn lane choice over McKinney.

“We like to use a scuffed tire and our last tire had some 60 or 70 runs on it and it was starting to chunk on us, so we were on a brand-new tire here,” Vose explained later. “That’s why we were slow in qualifying (4.15/171.69), but I felt like if we could get it scuffed in time we’d be okay and that’s what happened.” 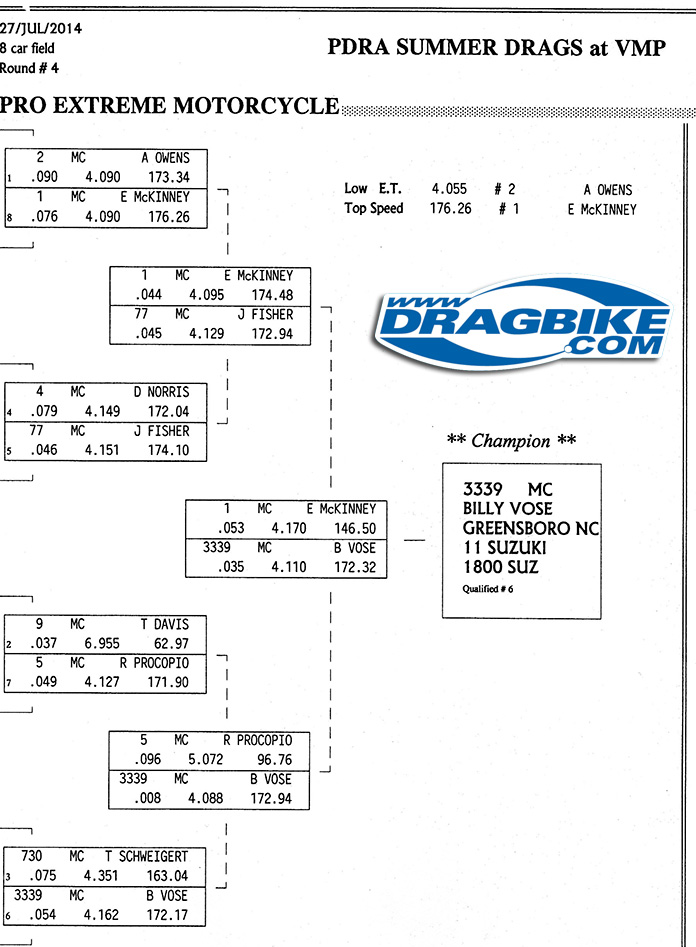 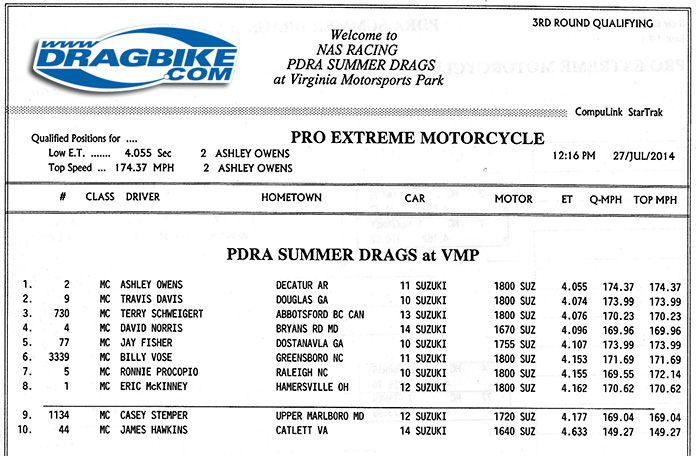 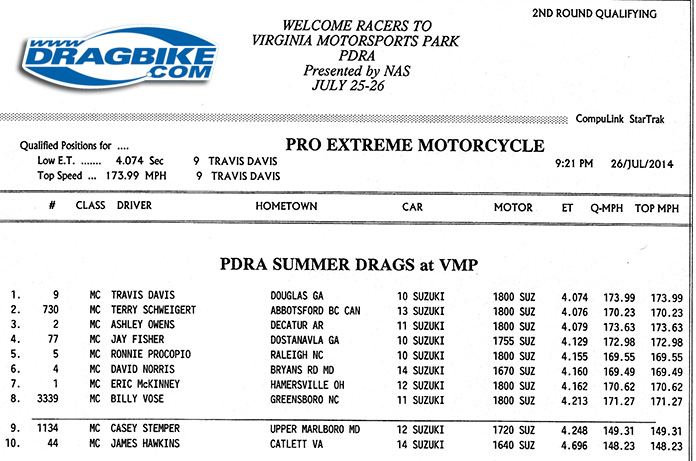