Person of the Week : Bland Bridenstine 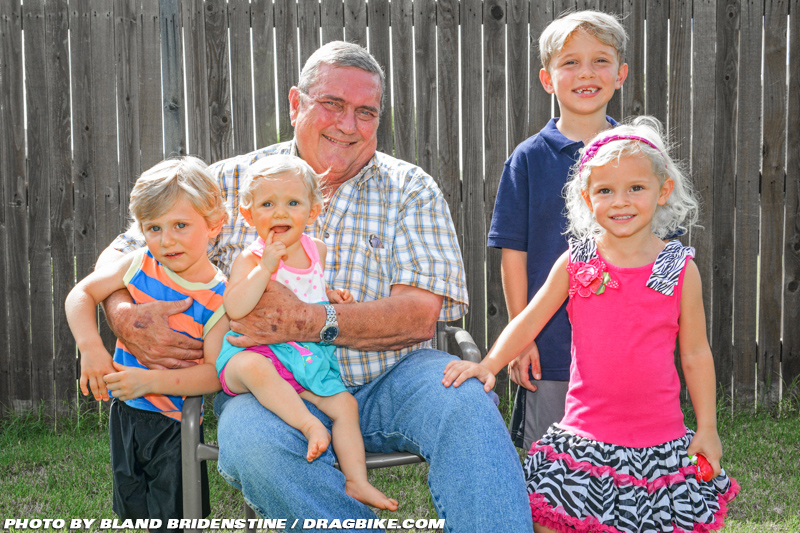 Today, Bland is a draftsman working for Flight Safety International, but spends his spare time at the track capturing a millisecond of a 7-second pass that give us insight into what it might really be like to be that particular rider. And he does it for the sheer love of the sport.

Bland has been photographing drag racing from the stands since the 90’s, but about 5 years ago, Tulsa Raceway Park gave him a pass to start shooting from the wall at the track. About that time, he began shooting the drag bikes associated with PMRA. His first exposure to drag racing was back in the early 70’s when he’d attend races in Tulsa and Minneapolis, but his favorite place to watch the races was in his hometown of Caney, Kansas and he still goes there every chance he gets.

How did you get involved in drag racing? I lived in Minneapolis, MN and went to a drag strip to watch Evil Knievel jump some busses. During the show, they had some drag bikes racing and it was the scariest ride I’d ever seen! I’ve been addicted to watching them ever since.

What was your first camera: It was some Lumix point and shoot camera, but my first DSLR was a Nikon D40.
What is your current camera and favorite lens? I shoot Nikons: D800 and the D7100. My favorite combination is the DF with the 70-200 lens. It’s super fast and works great in low light.