PERSON OF THE WEEK : BRIAN LEWIS

PERSON OF THE WEEK : BRIAN LEWIS

Brian grew up watching his Father drag race Altereds and Pro Mod cars. Since everyone around him seemed to be racing cars, the bikes grabbed Brian’s attention at a young age.

In 1994 at Tulsa Raceway Park, Brian met a man by the name of Dave “Thurston” Howell and was amazed by how fast he was going on a basically stock motorcycle. He raced a Kawasaki ZX-10 and told Brian he wouldn’t be able to handle that kind of power, so he purchased a 1994 Suzuki Katana 600 and started racing! 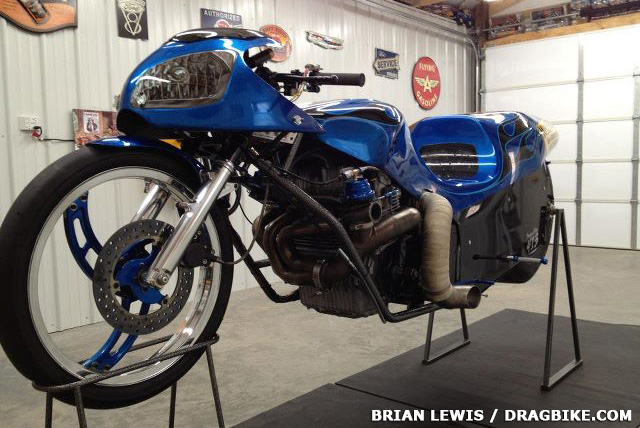 Brian quickly moved to a 1991 GSX-R 1100 that also doubled as his daily transportation to work. It went a best of 10.3 and then in 1996 he purchased an all out small tire drag bike to run in Super Comp. in 1998 he purchased an ex pro stock bike to run the 8.20 index and did so until 2004. Brian started getting tired of racing and having to get off the throttle at the other end so he moved to an open class bike in mid 2004. He purchased a new 2004 Koenig pro mod and ran 7.40’s. Then moved to another Koenig pro mod that was lighter and it ran a best of 7.23 @180. From there he purchased a gas nitrous turbo funny bike in 2008 and ran it until end of 2012 running a best 7.16 at 185. His newest piece we acquired recently in January 2013 is a new Gary Clark built and tuned injected alcohol funny bike. 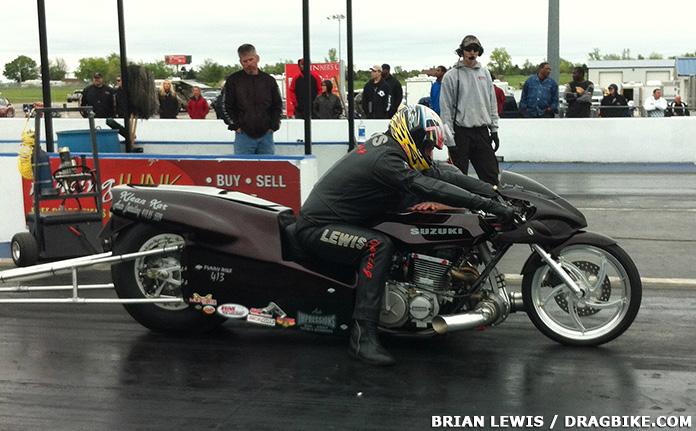 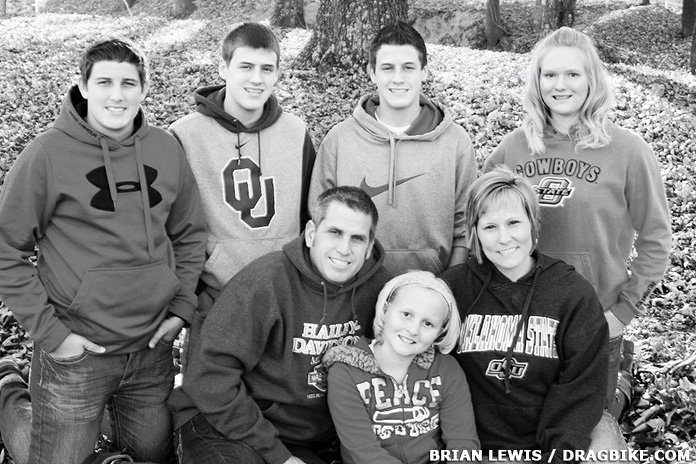 Special Recognitions: Thanks to everyone that has helped me along the way. From the beginning, Dave Howell, Rick Martin, Brady Morgan, Leroy Hill, Jay Reagan, Eric Gross, Tommy Bolton, Roger Gordon and Gary Clark for the new hot rod!

Goals: Go fast and be safe!

Interest outside of racing: Family and camping at the lake. 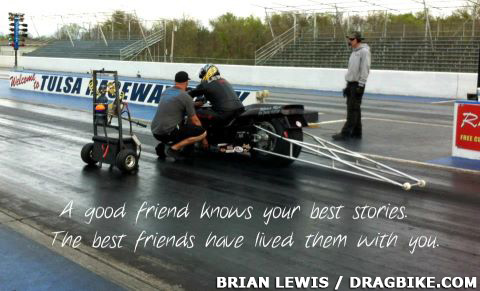