Person of the Week: Carrie Daigle

Person of the Week: Carrie Daigle

Motorcycles have been my passion so long I’m unable to quite remember how it all started. From my parent’s stories, it all began when my sister started riding when she was five. Me, being the little sister, at age four I had to keep up with my big sis and anything she could do I could too My parents insisted that I would wait one more year until I was five but I wasn’t having it. I wanted to ride now. So the deal ended up that as soon as I could ride my bicycle without training wheels, I could start learning on a Z50 Honda. A couple months later I was up and running. I am so lucky that my parents supported my need for speed. 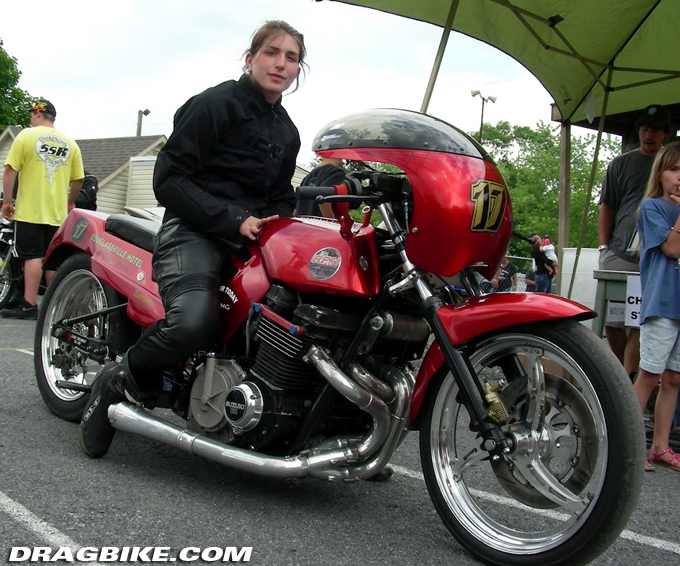 Its funny, I was so young that a lot of the bikes that were fit for my skill were too tall. I remember having to balance the bike with one leg for it to be able to stand. As my sister and I continued to improve our skills, my mother, father, sister and I started trail riding on the coal mine mountains almost every weekend as a family. Motorcycles created a stronger bond between my family and I, especially with my father. Riding gave us something to relate to and spend more time together.

Around the age of nine I remember my Dad coming up to me and asking if I wanted to start racing. I didn’t even hesitate to answer, “yes!” Any excuse to get on a bike was good enough for me. I started at RMC raceway that year on my Yamaha RT100  trail bike . That year was a treat. I became so determined to win that I remember doing a wheelie on one of the first runs I made, almost running down the spectators in the grass and then quickly losing the race. But that never stopped me. My point is that I never quit and never wanted to. 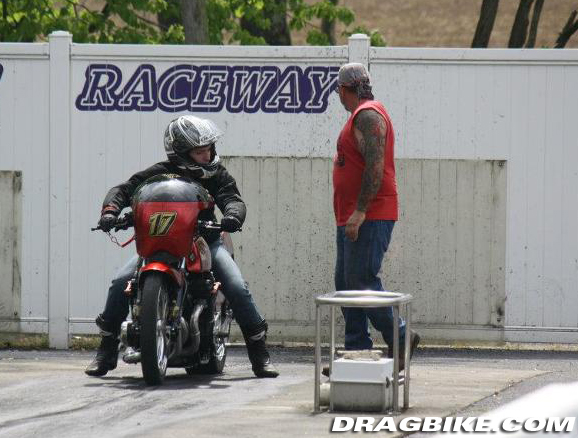 As the years passed I went through a few more bikes, slowly mastering each one. The next bike my dad dragged out for me was a Suzuki RM125 chassis that he chopped down to fit a Kawasaki KX250 engine. That thing rattled and broke eardrums as I ran down that track but it helped me grab a few wins and some places in the point rankings.

The next bike my father found for me was hiding on an old mans porch for years, and it was given to me as a surprise once I grew out of the KX250 engine. That beauty was a Yamaha VMX1200.  It happened to be one of my favorite bikes brought back from the grave with my dad’s mechanical skill. For a few years I received point championships and sportsmanship trophies with the bike and in return I loved her. I don’t think I’ve completely mastered the V-max on the track but I knew her well enough to be able to pick up the tire for all three gears. 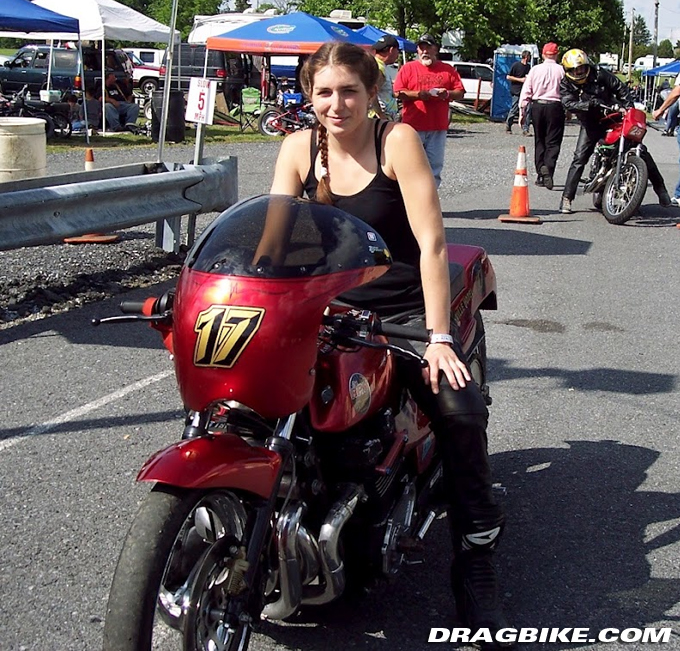 The attention grew as I continued to race and win progressively and consistently throughout my years at RMC. The chance of running the bigger classes was finally in my sights.  I’m not sure how it all started but I was hearing short rumors from my dad’s friends about possibly riding Shakey’s 1350 Suzuki engine.  Being ecstatic it was hard keeping to myself, because I’m sure I wasn’t supposed to know about it. I’m glad my Dad’s friends can’t keep secrets from me, and it hasn’t been the first time they spoiled a surprise either. So the months finally came, when Shakey mentioned it to me and I said, (not word for word of course) “If you allow me to run that bike I won’t disappoint you.” And of course his response was something like, “We’ll see.” The following spring I first sat on his bike and I felt right at home, grinning ear to ear. We practiced a few weeks before the beginning of the racing season and my passes were at first a little misguided but, later seemed promising.
I knew I wasn’t at the times I needed to be at, I also knew that I needed seat time with this new bike and the new experience of racing a Suzuki GS 1260 engine. So far I am still in my first season at RMC raceway and I feel like I’m getting a hold of the ride and doing well. 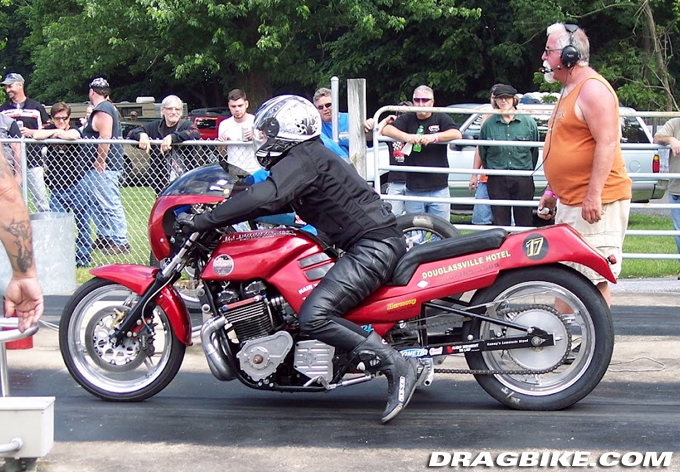 Don’t get me wrong I definitely need improvement in learning the intricacies of the new engine; however, that’s to come with practice and time. This year I grabbed a third place in my first race, and a couple second place finishes as well. At the big RMC Bash Weekend Race, where all the big dogs get invited to race I snatched first place in my class. I couldn’t believe it! I raced one of my biggest competitors and won. That weekend was huge for the Black Widow Team and myself.  Shakey and the crew started to figure out what needed to change with the bike and in return we had one of the best nights that bike has seen this season.

I’m excited for future races and determined to repeat the intensity and the precision of that night. I’m so happy for this huge opportunity to ride something that would be completely out of my family’s reach, and I owe that to Shakey. He risked it all with choosing a female to race his bike. So I’m determined more than ever to keep up the hard work and show that I deserve this chance to race. I’d like to thank Shakey and Lynn for helping me with my dream to ride and my need for speed. I’d also like to thank the crew for helping in between runs and prepping the bike for each race. My parents are the foundation of how I’m here today. I owe them everything for their support. Not only are they my parents but they are my sponsors, my pit crew, and my critiques.  They helped me meet Shakey and pushed me to take a step forward in my racing career. If it weren’t for both my Parents and Shakey I wouldn’t be writing this today. They deserve the recognition of this awesome race team and our successes.  Thank you. 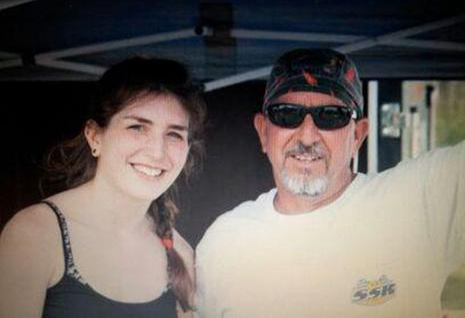