Person of the Week : Dave Despain

Person of the Week: Dave Despain
By Keith S. Kizer 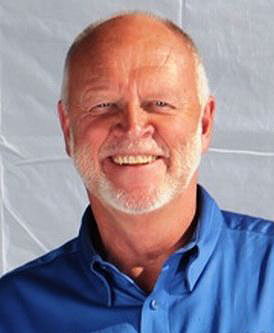 This week’s Person of the Week turned out to be a proverbial Who’s Who of Person’s of the Week before the story could even be posted. I’m focusing on Dave Despain because he was the first to do the unthinkable. Earlier this week I simply started out with a short lead-in and a link to former AMA President, Ed Youngblood’s Motohistory.net website to cover the shocking story of Dave Despain resigning his honors from the Motorcycle Hall of Fame. This was a result of ongoing fallout of HoF’s decision to strip legendary motorcycle crew chief Nobby Clark of his nomination into this year’s HoF.

In the original lead in I wrote, “Without going into the details I dedicate this week’s column to Dave Despain for being the first of I’m sure many current, now former, Hall of Fame recipients who have returned their HoF medals in protest over the gross negligence and mismanagement of the AMA and HoF.” What has ensued since last Wednesday is that Kenny Roberts, Dick Mann, and a host of others have now returned their medals. The final nail in the coffin for me was that Monday, Ed Youngblood himself returned his medal. Enough is enough. What many of us have held up as the holy grail of the industry is severely tainted and there is only one solution.

I’m proud to say, well I used to be, that I am a founding member of the current Motorcycle Hall of Fame Selection Committee. I was originally asked by Ed Youngblood to participate back in the late 90’s. I was brought on as the drag racing expert to sit on the Specialty Committee who selects nominees from drag racing, land speed racing, sidecar racing, and hill climb. It was and has been an honor to participate…until the hijacking of the AMA five years ago. The committee I serve on are with a great group of guys and the only reason I don’t resign my position is I am in hopes the heads will roll from the top and set this whole injustice back upright.

Before I go into a foray of my own story of the AMA you must read the whole story of what has led to this fiasco. The following link will give you the whole story including links back to Despain’s story and follow-up on Speedweek’s website.

Hopefully you have read enough to know why I am breaking my four-year silence and setting some of the ugly truth of the AMA straight. I don’t think I have ever written a two-part story, but if you have indeed read the above link, my story is going to further complicate things. So, I will continue the AMA HoF saga next week and I’m sure there will have been much more fallout by then. Forget the soap operas, this is real drama.

See you next week. And thanks Dave for your leadership.