Person of the Week: Fred Collis 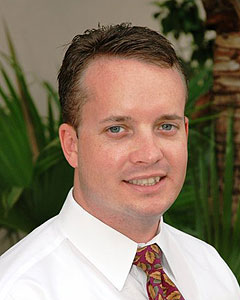 Born February 18, 1971 in Wilton, Connecticut, Fred Collis grew up always wanting a motorcycle for Christmas or his birthday. He would go to turkey shoots with his Dad where next door there was a lawnmower shop. Fred would go in and gaze at the frame mini-bikes with 5hp Briggs & Stratton engines. They had two colors to choose from, a red one and a blue one. Fred always wanted the blue one. Fred never did get that mini-bike, but when he was 12 years old his Dad went in half and half on a 1979 Suzuki 100 Enduro that they paid $100 for. A few years later they went into partnership again and bought a 1985 Honda CR80. If you’re not familiar with your old dirtbikes, that was a step up. The old enduros were dual use(less) bikes with metal gas tanks that were great beginner bikes, but a CR…now Fred had a real race bike complete with monoshock and all plastic.

As Fred got older he watched NHRA on TV and loved Pro Stock Motorcycle. In 1994 he attended a Prostar event at Atco Raceway and finally got to see John Myers, Dave Schultz, Paul Gast and others in person. There, he subscribed to the Prostar Report and began to follow the sport. He couldn’t wait for the next issue each month as he studied every page and dreamed of someday racing Pro Stock Motorcycles.

After college he was obsessed with getting into the motorcycle racing business. He remembers a quote from Bob Hope saying, “Go do what it is you love and you will learn to find a way to make money doing it.” Fred took that to heart and enrolled at MMI, the Motorcycle Mechanics Institute in Florida. On the day school was to start, an Uncle who was in Florida called Fred and needed to be driven back home to Connecticut, so school was put on hold. When he returned to Florida he began playing with his own bike. One day he needed an air line, so he made a trip over to MRE. While he was there he asked if they needed help. After reviewing a resume that he conveniently had with him, Jay Regan offered Fred a job in the office.

While working at MRE he built a big tire Kawasaki with the help of George Babor of Babor Performance Motors, which happened to be next door to MRE, and started racing in Bradenton. In 1997 Fred’s dad gave him one of the best Christmas presents he could have received. He enrolled Fred in the Frank Hawley Pro Stock Bike School in Gainesville, FL. He enrolled in the class of January 1998 and this is where he met George Bryce III, Angelle Seeling, and John Myers. Throughout the school, John Myers was his biggest cheerleader. Fred remembers that John was on the return road to greet him after every pass encouraging him and telling him what a great job he was doing.

On a side note from the school, while Fred was there, Nina Henderson did a story on Fred about his experience at the drag racing school entitled “As the Worm Turns.” Fred asked her to not use his name but soon people found out and starting calling him “Worm.” Now you know the story behind the nickname.

Shortly after, John Myers left Star Racing but encouraged Fred to call George and work something out. John said, “My bike is just sitting there collecting dust, it needs someone to ride it.” So taking John’s advice, Fred promptly wrote out a proposal and mailed it to George. Assuming it was just one of dozens of other proposals that the Bryce’s had to consider, he thought he was rejected. Two months later he had a call on his answering machine from George Bryce. He drove to Americus, Georgia, where they worked out a deal for Fred to work with Eddie Davis at the parts and sales counter taking over Mike Espe’s job allowing Mike to work in the back on engines. Fred and Jackie would represent Star Racing at the Prostar events with Fred riding John’s old bike while George and Angelle continued racing at the NHRA events.

With heavy heart, he gave Jay Regan his resignation saying, “I appreciate you giving me the opportunity to work in the industry, but my passion is wearing leathers and burning rubber on the track.” Even though Jay counter-offered with a Pro Mod ride, Fred’s heart was set on competing on a Pro Stock bike. So after a year and a half of service at MRE in September of 1998, Fred moved to Americus.

In 1999 Fred exploded onto the Prostar scene during a time when Prostar’s Pro Stock class enjoyed more than 40 riders per year. Fred became Star Racing’s contingent at the Prostar events taking on and beating seasoned Prostar and NHRA veterans like Paul Gast, Antron Brown, Steve Johnson, Shawn Gann and more. He made it to the semi’s in his first four attempts, but was frustrated and wanted a win. Both Jay Regan and George Bryce advised Fred to be patient, “You have to get to the point that you believe you can win. Once it is done, it will come easier.” The next event was the Trim-Tex Streetfighter Nationals at Route 66 Raceway in Chicago. Fred finally made it to the final round and beat NHRA’s golden child, Steve Johnson, and went on to win every event for the rest of the year, also winning Rookie of the Year honors and the Pro Stock championship. Paul Gast told Jackie Bryce that he couldn’t believe that he was getting beat by a grandma, girl, baby, and parts guy, referring to Jackie and her mother, Corrine Grewcock, who was at the races to baby-sit Julie Bryce. The parts guy reference was Eddie Davis, all of whom were regulars at the Prostar events with Fred.

After that day in Chicago, Fred would continue to qualify #1 at every race for the next two seasons. He also kept the win streak alive until he was sent to the NHRA Memphis event as a blocker for Angelle Seeling in order that she could win the NHRA championship. He did his job and faced her in the final round. I guess winning that day was not an option?

After the success of having two championship seasons in a row, Fred decided to park the bike for lack of the sponsorship needed to move up to NHRA. He also was waiting for Star Racing to launch their “soon to come” Buell Pro Stock debut in which he was tagged as the pilot. When the time finally came in 2003, Fred made the jump to NHRA and earned a #8 plate despite constant rule changes that resulted in slowing the non-Harley’s down. As with the strategies of each NHRA silly season, Chip Ellis was given the Buell ride in 2004.

Life went on and today, Fred is a Real Estate Consultant for Keller Williams Realty in Palm Harbor, Florida serving the Tampa Bay Area. Whether you know Fred personally or not, he would love to hear from you. His website is www.fredcollis.com and he loves networking with the people from drag racing, be it fans, participants, sponsors, or even former competitors.

One of Fred’s regrets is that John Myers did not live to see the Champion that he helped create in Fred Collis. But I would like to think that it was John looking down on Fred from above that finally gave him the confidence that he was a Champion. For two wonderful seasons, Fred filled some really big shoes.

GOALS: To build my Real Estate Business to the point that my family and I live very comfortably so we can enjoy what the world has to offer.

INTEREST OUTSIDE OF RACING: Family, Boy Scouts, and Hunting

FAVORITE MOVIES: I like the shoot em up type. As they say action movies.

HERO: I have many call me sometime I love to share.

Final Thoughts, I want to thank my Mom & Dad for believing in me and always letting me pursue my dreams. Also, My Uncle Dan & Aunt Fifi who helped me to live my racing dream of being a Pro Stock Motorcycle Champion and to them I am very grateful.