Person of the Week : Jeremy Burns

Person of the Week: Jeremy Burns 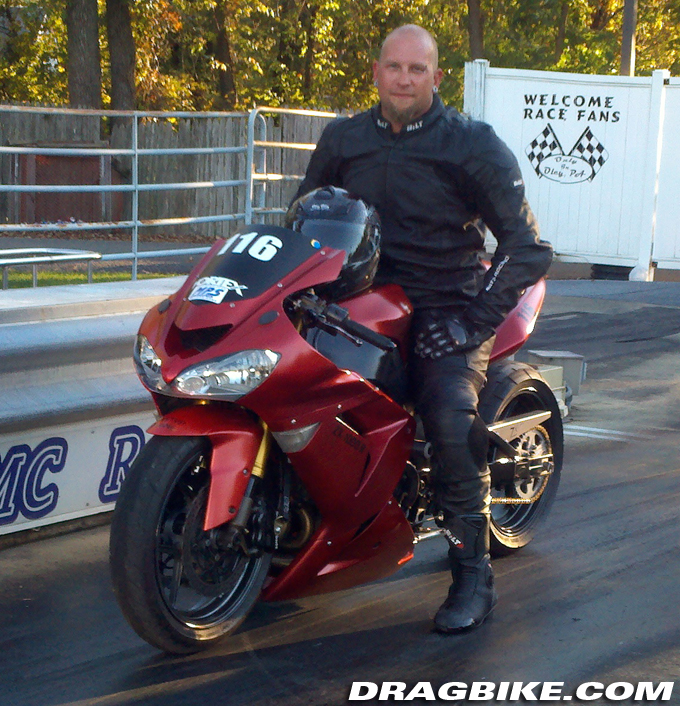 As a Child I grew up cycling, skate boarding and speed skating. I even have a lot of awards for my speed skating years. My grandparents used to take me to the Reading Fairgrounds and Felimington Raceway to watch their favorite modified race car drivers like, Al Tazanati, Gary Golleb, and Kenny Brightbill. That was my first real exposure to racing.

I learned to ride on a YZ 490 and in the early 90’s, I started drag racing my 1986 Dodge Omni GLH Turbo. I drag raced with my car for about 3 years and also grudge raced my bike (1995 CVR 900 RR) on Friday nights at the Grove. The thrill and the adrenaline rush made me realize that it was something that I wanted to continue and get better at. I wanted to race anything that I could get my hands on.

In the end of the 95 season, I crashed my CVR and was hospitalized for over a week. Shattered the old kneecap. I swore I would never ride a motorcycle again.

Fast forward to following spring, hearing motorcycles on the road, made me want to ride again.

About 6 years ago, I started coming to the RMC Raceway as a spectator, well this really gave me the itch to put a bike together to run. So, I bought a 2004 ZX1000 R Kawasaki, and started the build process. It took 3 years until I finally got my bike built the way I wanted, and brought it to the track for the first time in 2012. 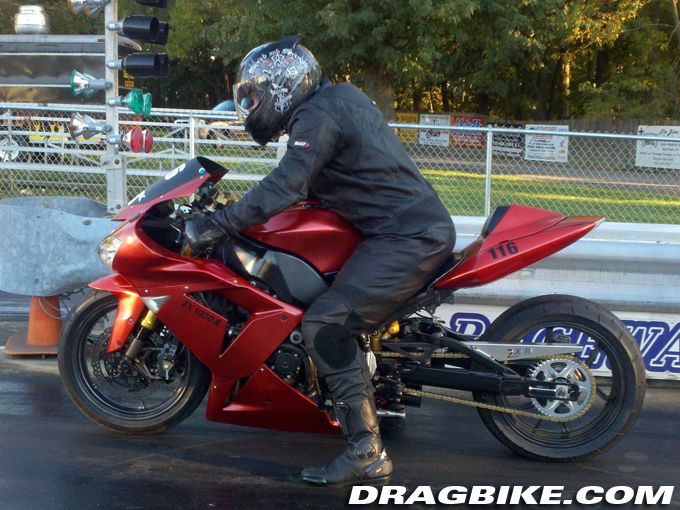 The RMC 2012 Racing season was my first drag racing season. My first win was the in the first race of the season, and let’s just say I was hooked! Throughout the 2012 season, it was a hugh learning curve for me, and I have to give credit to my team and all the great racers at RMC, even those in my own class that were more than happy to point me in the right direction. It’s gonna be constant evolution for my team, my machine and myself for the 2013 racing season. I just want to add that coming here to RMC Raceway, being with the racers makes me feel part of a big family. I would just like to give thanks to everyone at RMC. 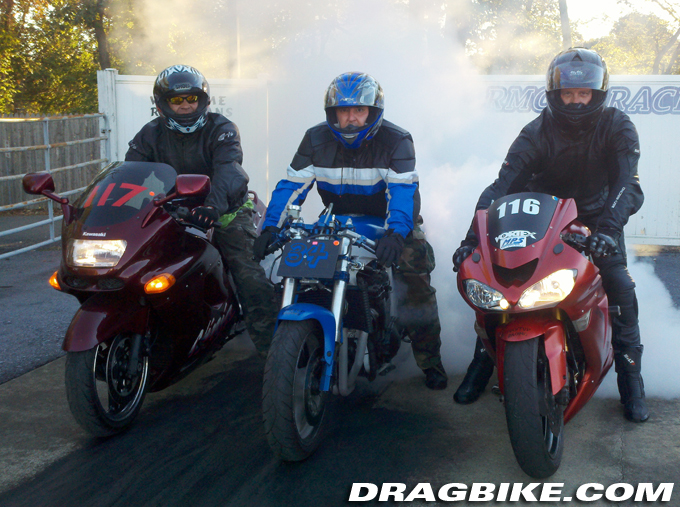 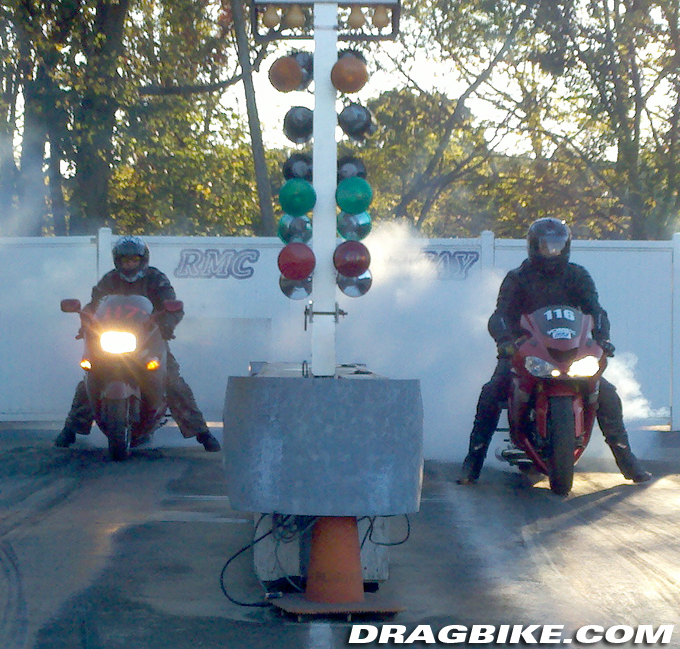 Other Areas of Interest:

I was out at a club watching one of my favorite bands, she dropped her purse in front of me, she turned around and we looked at each other, smiled, and that was the end of me, I was hooked immediately and have been together ever since. That was 10 yrs ago. She’s my biggest race fan, she knows how to keep me calm and in my zone while racing. She knows the right way to relax me and keep me focused. She gives me the confidence that I will win. 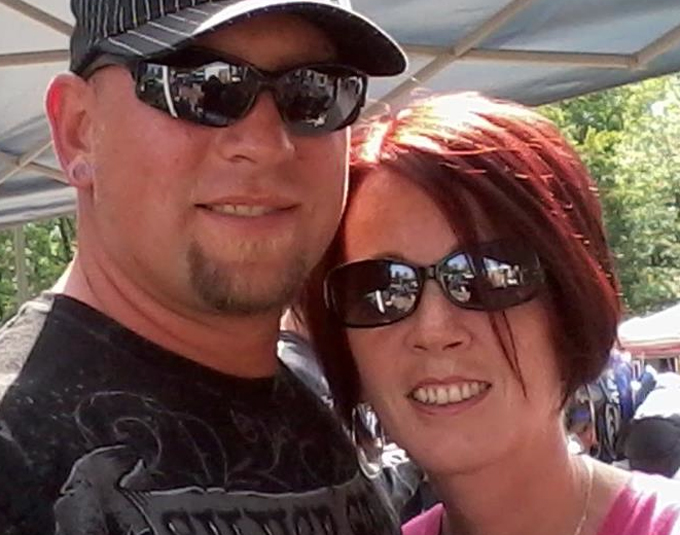 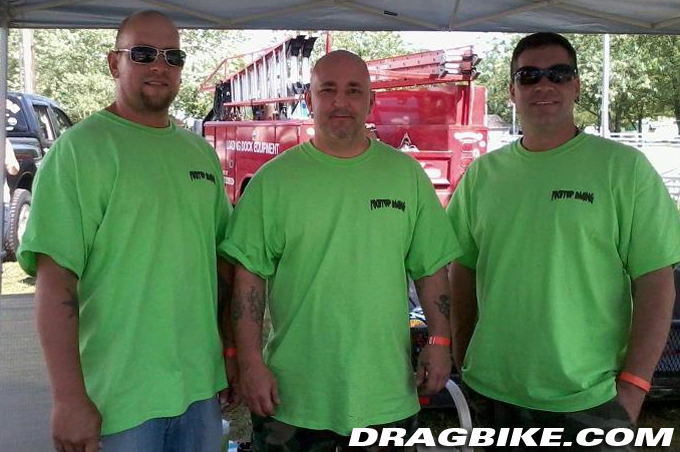 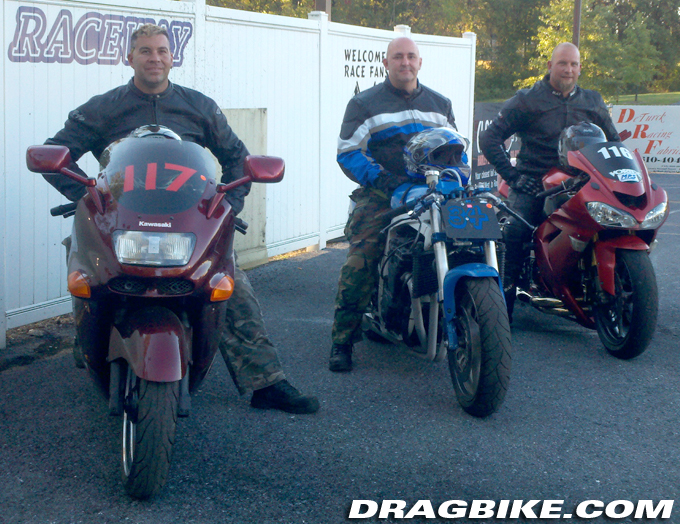 Accomplishments: Won Super Modified class in my first season at RMC Dragway. That was a dream come true.

Goals: To win the 2nd season title at RMC and possibly field a 2nd bike. I would also like to obtain my NHRA license and run 1/4 mile events next year, 2013.

Interest outside of racing: I’m an avid hunter, fishermen and love custom fabrication work. Working on motorcycles and teaching my sons all about motorcycles and showing them how to fix and modify them.

Favorite foods: Does drinking beer count as a fave food?

Daily driver: I own a Nissan Titan club cab. But my everyday ride is my work truck, F350 Super duty. Which is not that much fun, has no power to it.

Hero: Has to be my mom for always putting my needs before hers and even reassuring me up until she passed that I will succeed and everything will be fine. She was an incredibly strong woman during her illness which gave me the strength to also get thru anything and everything.