Person of the Week : John Hren 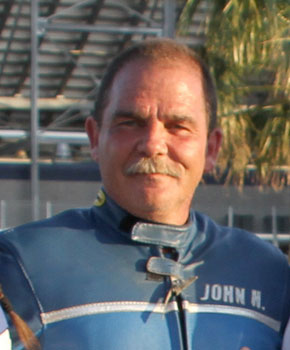 Person of the Week: John Hren

John Hren, born and raised in Norton Ohio got his first motorcycle at the age of 8 (Rupp 3 1/2 hp mini bike) and has since had a passion for motorcycles. 1977 was his first time down a drag strip at Dragway 42 in Ohio. From then on I have been hooked on drag racing ever since. John took a break from racing from 1982 until 1997 where he started racing again at Carlsbad Raceway. John has been residing in San Diego California for the last 25 years. He was fortunate enough to find a career that he loves as much as racing, John is the Director of Engineering at the Bahia Hotel and the Catamaran Hotel Resort and Spa for the Evans Family. 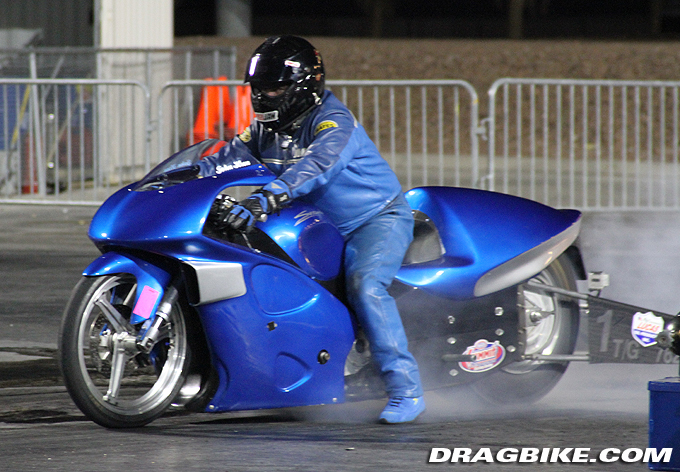 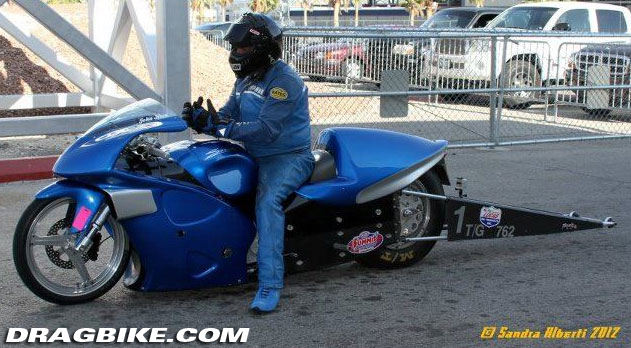 John has been been married for the last 18 years to his beautiful wife Sheila and they have 4 kids. And this is were John’s story gets more interesting. All of John’s kids have been going to the drag strip since the ages of 3 and 4 years old. He has 3 daughters and a son, and the roles here are reversed, all 3 daughters are extremely passionate about drag racing while his son has much less interest. John’s son Matthew has more of a focus in dirt bikes while all the girls are into the drag bikes. Sheila and the girls have been my pit crew for the last 7 years. “With this crew I have been able to win multiple championships, and that is a blessing” said John. “Melissa is the starter and runs the pit bike, Melonie does all the computer work, and Janelle does clutch and chassis work. My Wife is in charge of everything else.” This will be the last year for the twins, Melonie and Melissa to be part of the pit crew. They will be going off to college and Janelle will be as well next year. When they say this is a true family sport, I can say that it is. 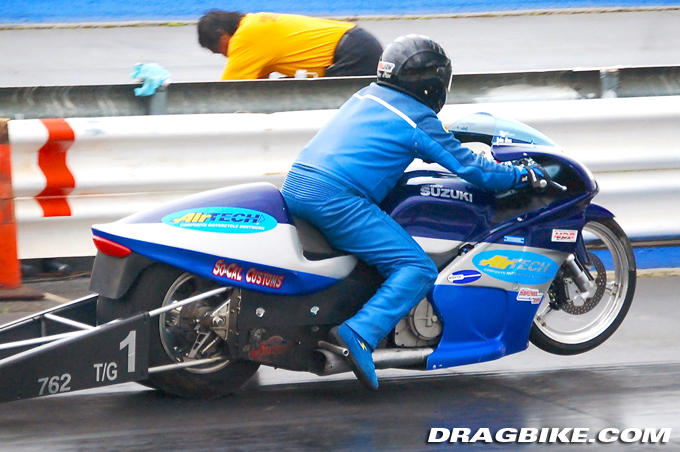 We have traveled a lot to many race tracks on the west coast and have had a wonderful time at it. At this point we have 2 bikes, one is a 1570 GS based TL1000 Top Gas Bike. Our second bike is a Puppet Chassis Funny Bike 1327 Turbo with Nitrous. Right now we are running the Top Gas bike in the WMDRA, and will be bringing the Funny Bike out next year. Wish us luck!

Very special thanks to my family, my wife Sheila, my twins Melonie and Melissa, my youngest Janelle, and my son Mathew.
Good Luck in College Girls.
(I already miss them, and they just moved out) 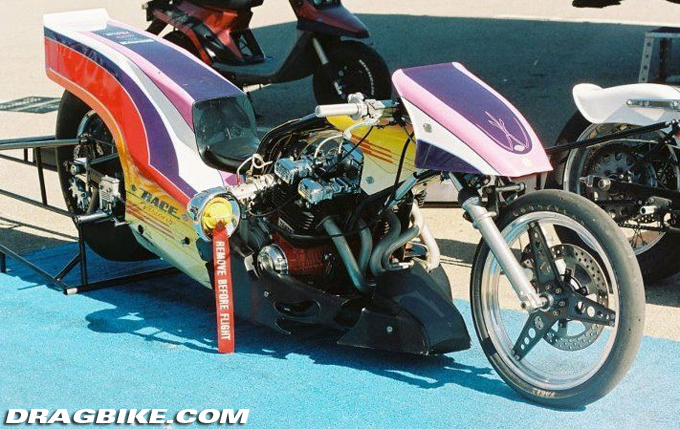 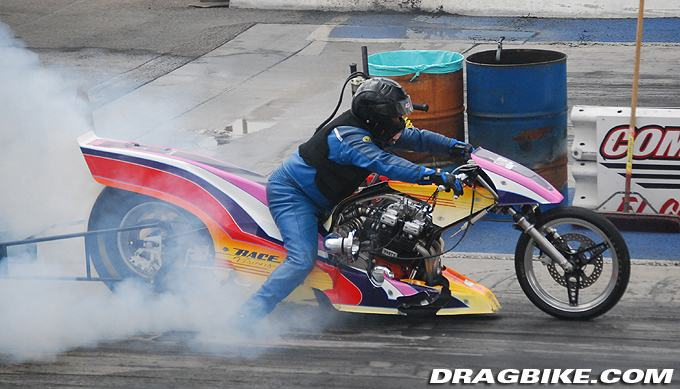 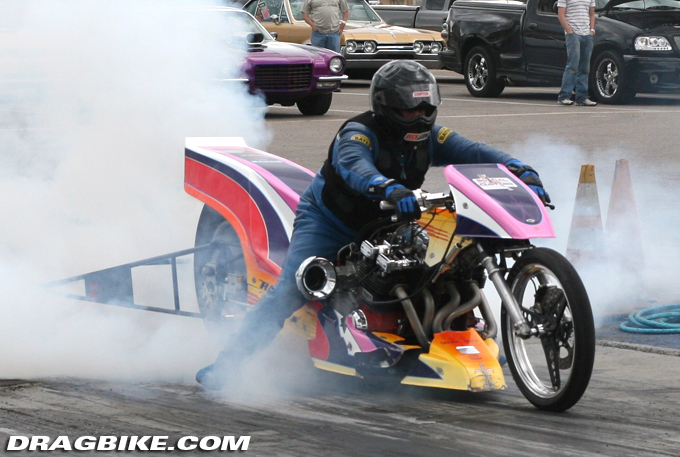 Children’s Names: I have 4 kids Mathew age 19 he’s my special needs son
(Doesn’t like the track to much hurts his ears) but he love’s his dirt bike, I have a set of
twins Melonie an Melissa that just turned 18 an Janelle she is 17

Occupation: I work for the Evans Hotel Group as a Director of Engineering at the Bahia
Hotel and Catamaran Hotel Resort and Spa in Mission Bay Ca, and I’d like to thank them for allowing me to do my job an being
able to race

Team Name: Top End MotorSports (I might not get you off the line but I’ll come around
you at half track) 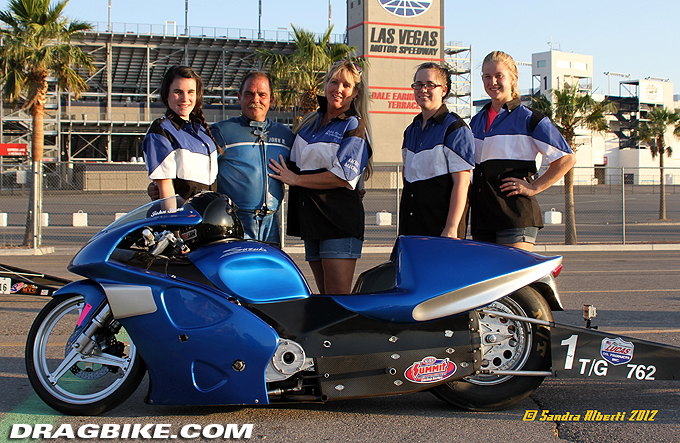 Sponsors:
Evans Hotels for letting me do my job an letting me go and do my passion
Sam an Dawn Baugues So Cal Racing
Kent Richies Airtech
Randy Nelson MDR
Joe and Kathy Silva of Racer’s Machine
Bates Leathers
Wrath Motorsports

All these people have been very supportive and instrumental throughout the years and I really appreciate that. One thing that I have learned in the drag racing community, is that everyone is very supportive, and I have met some very good people, and have made some very good friends throughout the years. When we are not drag racing we are at the lake or river playing on the boat. The most important things to me are my family, my job, and drag-racing. Hopefully I will have many more years of racing. Old drag racers never die, they just go to Bonneville. Maybe someday that’s were I will end up.

Goals: Try an win a Division 7

Interest outside of racing:
Going to the lake or river with my wife an kids

Hero: Tony Ruggiero aka Top Fuel Tony and my kids 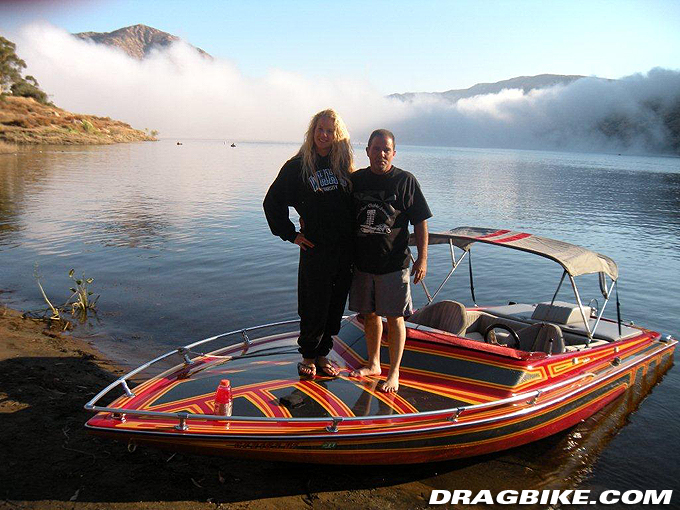