Person of the Week: Lewis Bloom 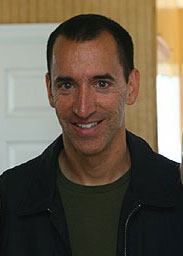 Born May 2, 1959 in Brooklyn, New York, Lewis Bloom was first introduced to drag racing by his late father, who had interest in neither cars nor motorcycles. One night, Lewis heard an interesting noise in the distance and asked his father what it was. Mr. Bloom replied, “I think there’s a race track nearby, we should go check it out sometime.”

On the day Mr. Bloom and his enthusiastic eleven-year-old son, made the trip to that nearby race track, history and Lewis’s life would never be the same. The track was Old Bridge Township Raceway Park in Englishtown, New Jersey. They arrived on a weekend with a booked-in SuperStock show that featured at least one Top Fuel Dragster and Nitro Funny Car.

After spending a life-changing day at the track, Lewis rushed to the local bookstand to buy every type of drag racing magazine available and was off to a lifelong career of studying the drivers and their stats. Over the next two years, Lewis and his father would attend almost every big event, except for the NHRA nationals at Raceway Park.

When the track released the 1974 schedule, Lewis called the track, eager to find out if Don Garlits and Shirley Muldowney were booked in as part of one of the shows. Luckily that day, none other than Vincent (Vinny) Napp, Jr. answered the phone. Known as a person who did not spend much time on the phone, Vinny spoke with 14-year old Lewis for two hours. Impressed with the knowledge of the young man, Vinny asked Lewis if he would be interested in being an announcer at the track. He said, “You have spent the last two hours talking to me about drag racing. I want you to get on the microphone and talk to the people just like you have talked to me.”

Once winter was over, Lewis made his announcing debut at the Spring Funny Car Bonanza being guided by legendary announcer “Beserko Bobby” Doerrer. Nearly two decades went by as the kid announcer grew up and became a fixture at Raceway Park. In the early 90’s, NHRA held an announcer’s school led by Dave McClelland. Already having sixteen years under his belt as an announcer, Lewis made quite the impression and was offered a chance to announce at the Nationals at Englishtown one year later. His style has not changed from that phone call to Vinny Napp. As opposed to the “Sunday, Sunday, Sunday” type announcer, Lewis simply talks to the fans, filling them with stats and information about who and what they are watching.

At the end of the 1994 drag racing season, Scooter Kizer, co-founder and then President of AMA/Prostar hired Lewis as an announcer. Oddly enough, Lewis was not a huge bike fan. Not having much experience with bikes, he tended to take his breaks at Raceway Park when the bikes ran. But that all changed as Lewis became indwelt in the motorcycle drag racing world. Lewis quickly became “the bike guy” at NHRA events, which led to his announcing at most NHRA Pro Stock Bike events. In 2001, ESPN signed a long-term contract with NHRA extending its coverage, which led to Lewis finally making his dream of working in drag racing a full time job. Currently he can be seen on air as the “Stats Guy”.

If it were not for the enticing noise of the racetrack that fateful night, Lewis might just be one of thousands of starving photographers in New York City as opposed to one of the sports greatest announcers. He will forever be remembered as the voice of Prostar.

Favorite foods: Asian food of any type, French and any type of trendy place I can find