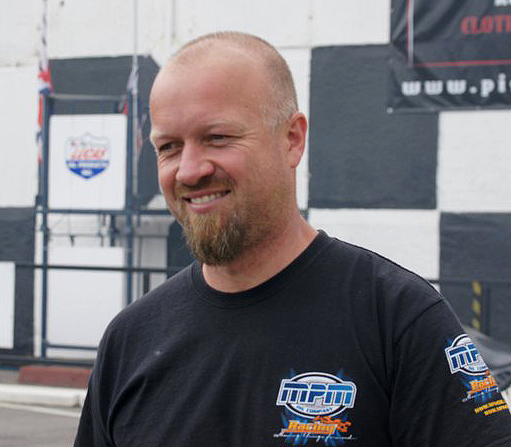 Martijn grew up in a small village with his brother Joeri and two wonderful parents. Martiijn father worked for an international construction company which gave him the opportunity to live in different locations growing up like Kuwait, Sri Lanka and Aruba. For Martijn this was a great time in his life. his parents did not care for motorsports and the family spent their weekends sailing. When his brother Joeri started working on mopeds and motorbikes, Martijn took every opportunity he could to jump on something with a motor! 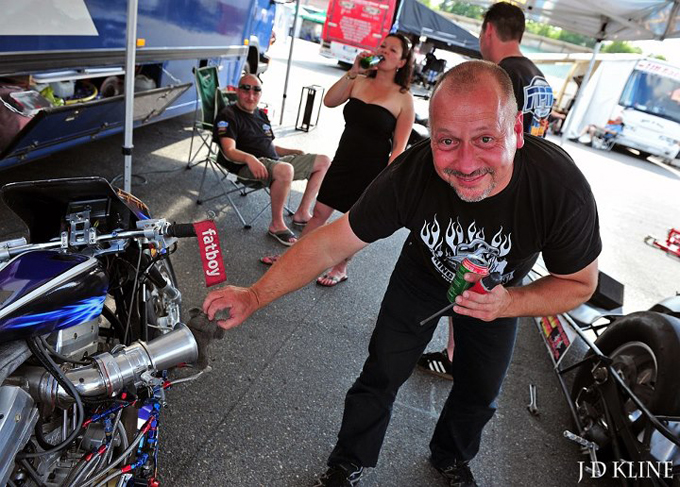 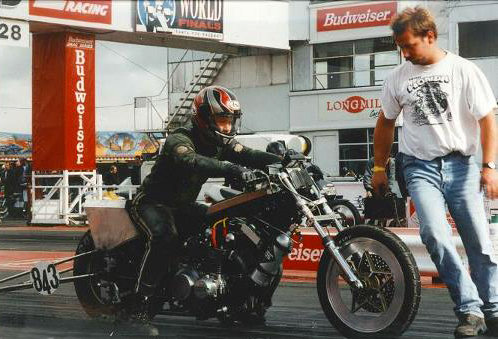 Although Drag racing in Holland is not well known at all, his brother took him to watch a drag race when 16 or 17. Ever since that moment Martijn has been hooked of the need for speed. After being spectators for a few years Martijn and Joeri met a man living close to them that was into drag racing. Joeri was a great technician and offered to help with his bike. Before we knew it we found a bike for ourselves and the rest is history! Our first bike was the former Henk Vink bike. 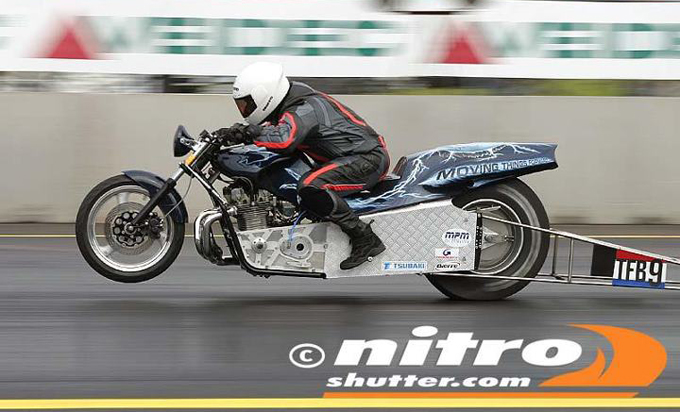 The step from our Henk Vink bike to a modern funnybike was a logic step; the old bike was built in the early seventies and we ran it up to 8,4 sec and that was the limit for the frame. we had great fun with our funnybike. Maybe in the US you would call it a pro mod, cause we ran it just with nitrous. We ran seven 6 sec passes comfortable with it. Great handling and very reliable, especially taking into account it was a standard Z1000 engine and standard crank (also from the seventies). We realized this was also the max for this bike. On dragbike.com we saw Mike Coulson’s funny bike was for sale and we were interested! After having a meeting with our sponsor MPM Oil, we decided to buy it. Unfortunately the deal with Mike fell apart at the final moment. When we told the owners of MPM they immediately responded by, ‘okay….lets buy a top fuel harley,’ since they liked the idea of sponsoring a Harley over a funnybike anyway! The Super Twin Top Fuel in Europe is a great class. 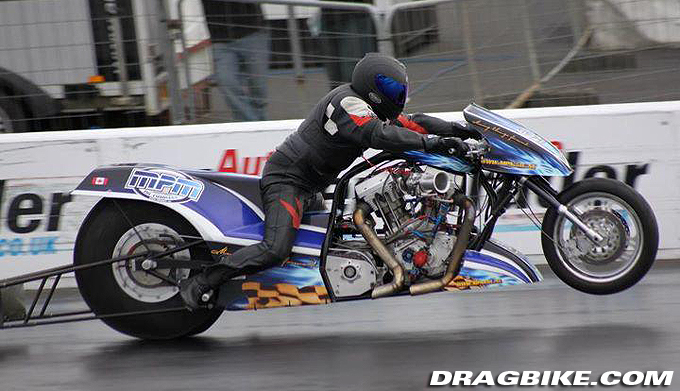 In Holland there are only three drag racing events held a year. So the team mainly targets the UEM European Championship which are held in : England(2x), Sweden(2x), Finland, and Germany. That’s a lot of traveling which unfortunately cuts in the budget big time. All competitors are friendly and helpful, it’s like a big family. 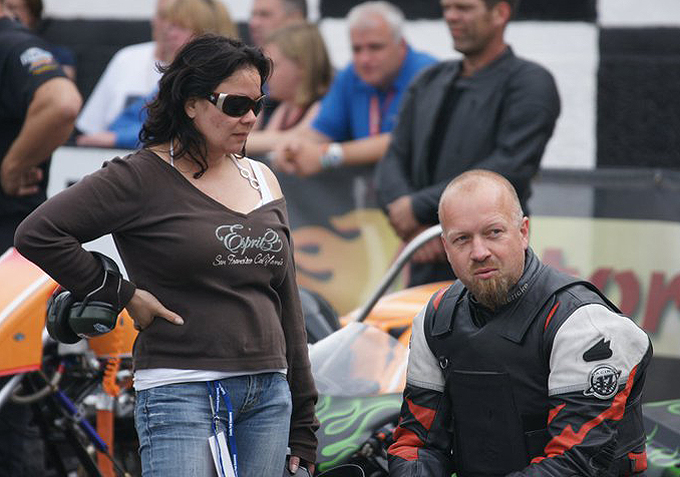 Martijn meet the love of my life, Colinda, when he was living Aruba. They have been together now for more then 23 years, and Coinda is an important part of the racing team.

Hometown: Leiden, but the same week I was born, we moved to a tiny village called Ter Aar, about 25Km from Amsterdam

Occupation: Unfortunately the company I worked for went bankrupt earlier this year. So I am looking for a new challenge.

Sponsors: MPM international Oil company. Dutch oil company with great products. They have been backing us for so long now and the owners really love and promote the dragrace sport. Also if it weren’t for them we wouldn’t be able to have bought and race our current bike. 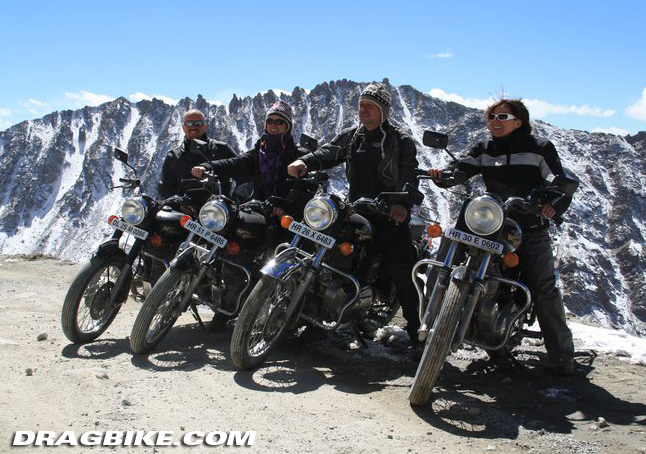 (left to right) Martijn, My sister-in-law Karin, Joeri and my girlfriend Colinda on Royal Enfields, the highest road in the world in the Himalayas. A great trip we did after winning the european finals in 2010.

Goals: Enjoy life and racing for as long possible

What was your first motorcycle? Yamaha Sega 750

Hero: Everyone is a hero! 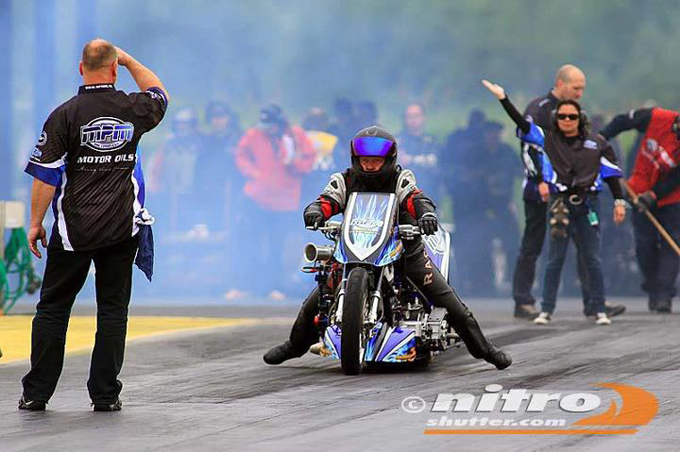 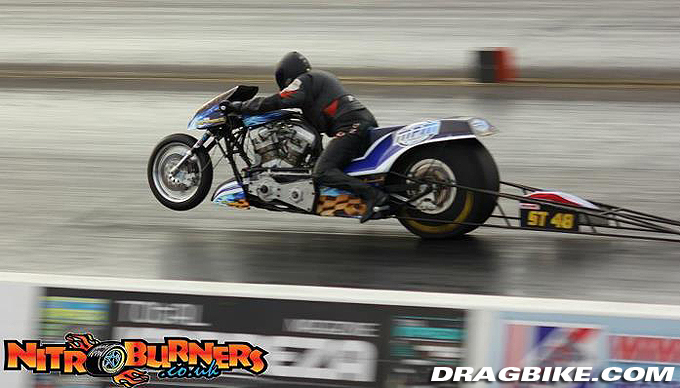 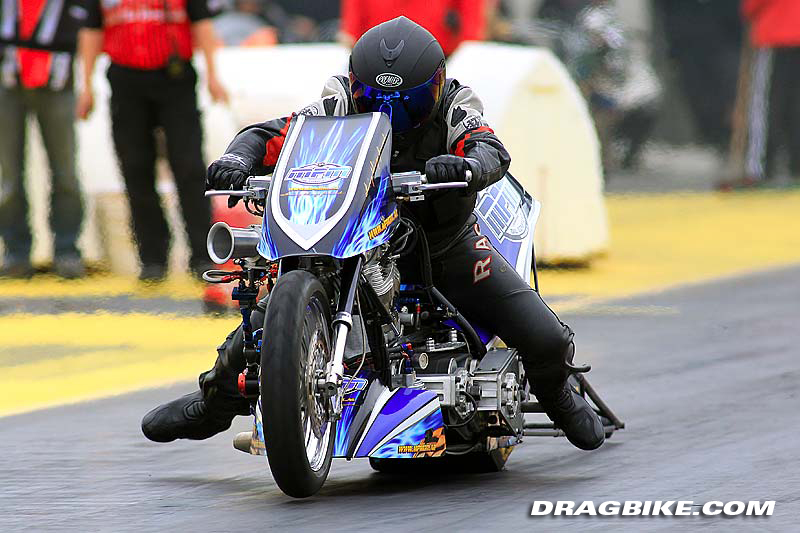 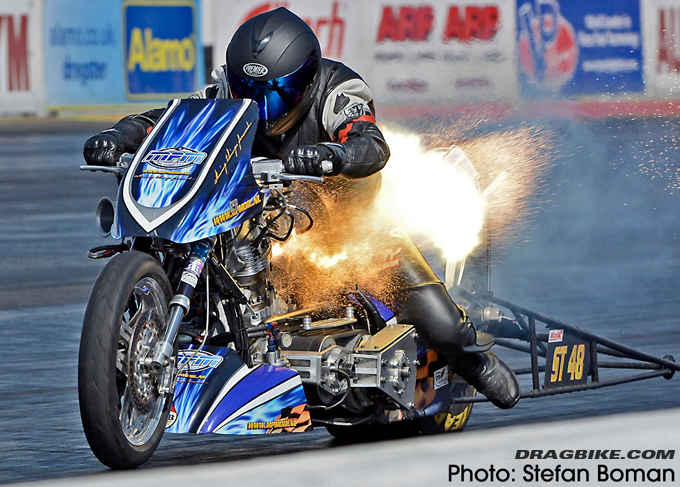 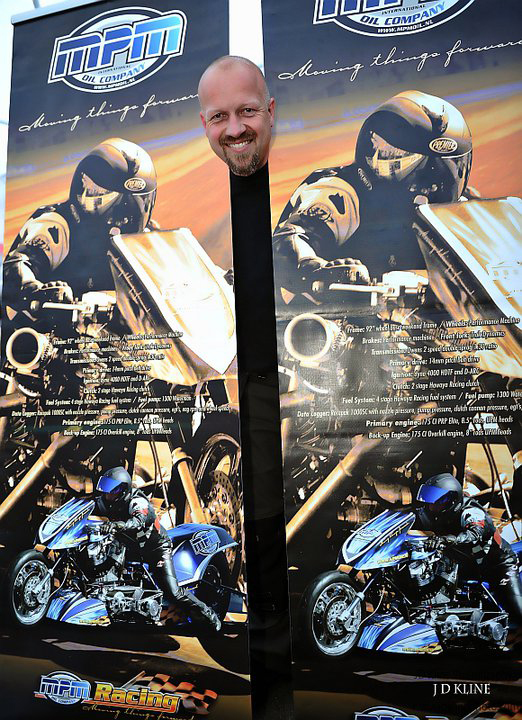